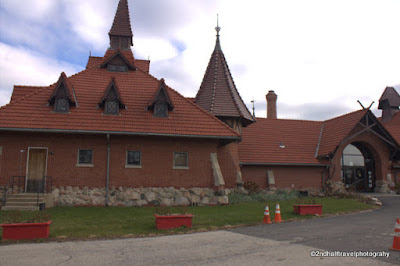 New York City may be home to the largest population of Puerto Ricans on the Mainland, but Chicago’s Puerto Ricans have worked together to create the National Museum of Puerto Rican Arts and Culture (NMPRAC). The Museo del Barrio in New York has changed its mission to become a pan-Latino museum, but the NMPRAC has grown to be the primary institute dedicated to celebrating Puerto Rican artists from the island and mainland. 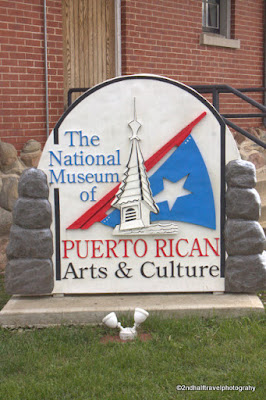 The NMPRAC was founded in 2000 by members of the Puerto Rican community in Chicago. It is housed in a beautiful building in Humboldt Park, that was built during the 1890’s as the Stable and Receptory. The building was partially destroyed by fire in 1992. It has been fully restored and renovated, creating three large galleries, and also classroom space. There is also a permanent exhibit dedicated to the history of the building and Humboldt Park in what was the office of the original superintendent of the park, Jen Jensen. The building is an architectural jewel, and city landmark. It serves as a unique home for the museum. 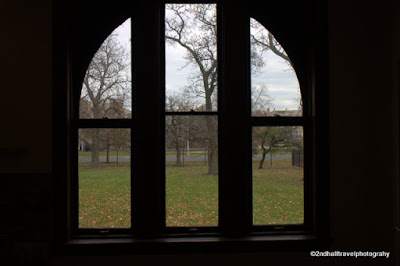 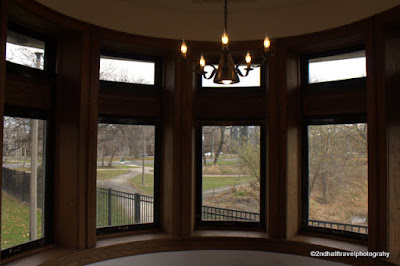 On out visit, we visited the three exhibitions on display. In the large first floor gallery was Expresión de Barrio, Paintings by Reynaldo GuAracibo Rodriguez. Mr. Rodriguez was born in Puerto Rico and moved to Chicago during the 1990’s. He has worked with many community organizations, creating public art in the neighborhood, and teaching workshops for local youth. In this exhibit he presents larger than life portraits of bomberos, musicians and dancers in the Bomba community in Chicago and Puerto Rico. His paintings are vibrant and beautiful, capturing the life force and joy of his subjects. Painted on large pieces of burlap, they also include hand written statements from each subject, describing the importance of bomba in their lives. (Through Spring 2019).

The second-floor gallery housed Art in Service of the People, an exhibit of historical posters, films and books produced by Puerto Rico’s Division of Community Education (DIVEDCO). From 1949 until 1990, DIVEDCO was tasked with educating Puerto Rico’s poor and rural populations on topics ranging from literacy to health to democracy, with a decidedly populist point of view. They brought together artists, authors, and filmmakers. Together they worked to educate the people, and create a sense of pride in Puerto Rican culture in the face of attempts to “Americanize” the island during the first half of the 20th Century. (Through Spring 2019). 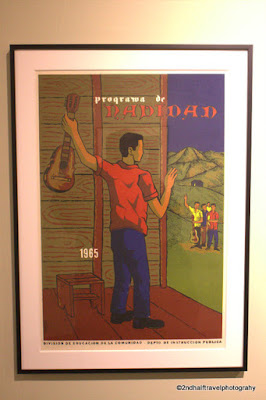 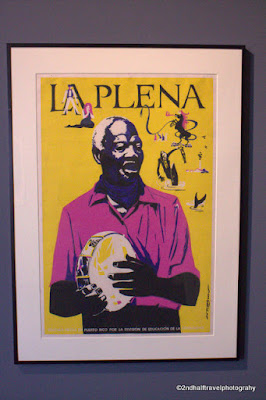 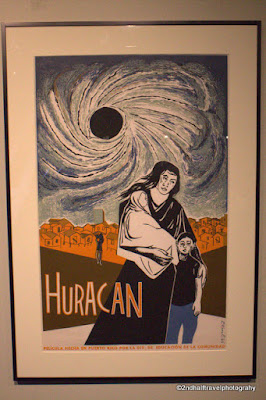 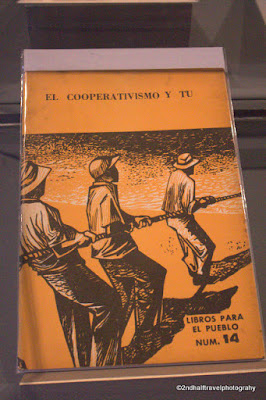 There is a third Gallery, also on the first floor of the museum. During our visit it was hosting Circo de Ausencia (Circus of Absence). Created by the collective Y no había Luz, this collection of circus acts represents the effects on Puerto Rico brought about by the disasters of PROMESA and Hurricanes Irma and Maria in 2017. They highlight the forced movement of Puerto Ricans from the island to mainland. (Through Jan 2019). 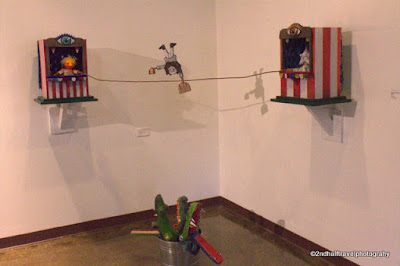 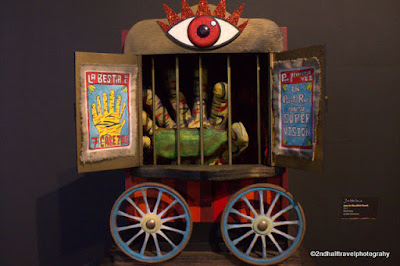 The National Museum of Puerto Rican Arts and Culture is not in the main tourist area of Chicago. But an afternoon visit, along with a walk on Paseo Boricua, is a great way to explore a part of the city that most visitors never get to see.

Getting There:
Take the Red or the Blue El train their Division Street station. Take the #70 bus west bound, towards Austin. Exit at Humboldt Park – California Ave.
Posted by Jonathan L at 5:00 AM 2 comments: