Living in new York City, person often looks for a place to outside, find some open space, and get a taste of nature. In the Bronx, the Van Cortlandt Park is a great place to do this.
The Van Cortlandt Park occupies land in the northwest corner of the city, that was part of the estate of Adriaen van der Donk, one of the original Dutch settlers of New Amsterdam. After his death, the land was bought by Frederick Philipse, whose land holdings grew to over 81 square miles in what today is Yonkers and The Bronx. When Philipse’s wife died, he married the daughter of the Van Cortlandt family, and his daughter eventually married his brother-in-law. The land in the Bronx was transferred to the Van Cortlandt family in 1699. It was farmed for corn and other grains. Tibbett Brook was dammed to form a mill pond, and that pond still exists today as Van Cortlandt Lake. The family built a house on the land, although the spent most of their time in the home in Manhattan.
In 1884, Governor Grover Cleveland signed the New Park Act, which provided state money for the creation of a string of parks in the Bronx. This act set about the development of a greenway that stretched from the Van Cortlandt Park to Mosholou Parkway to Bronx Park including the NY Botanical Gardens, along Pelham Parkway to Pelham Bay Park. 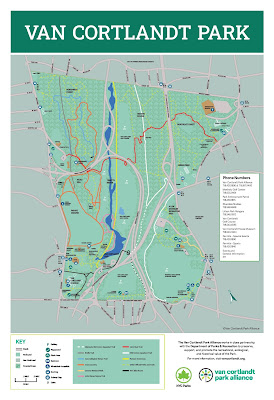 Today, Van Cortlandt Park covers 1,146 acres (1.8 square miles) that includes the large open space of the Parade Ground, along Broadway, along with hiking and running trails that lead up the ridge to the eastern edge of the park. The Parade Ground, looped with a 1.5 mile running track, includes fields for baseball, softball, soccer and cricket. To the south of the grounds are tennis courts, a public pool, and a stadium with a finished 400m track and football field. In the fall, the Parade Ground serves as the start and finish areas for one of the countries most famous and sought after Cross-Country running courses. It is considered a special courses, because, while most cross-country courses use rolling hills, this one incorporates a long flat portion along the Parade Grounds with very steep hills along the eastern ridge. 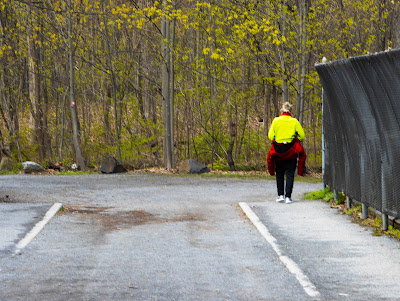 The park is also home to the country’s oldest public golf course. The course opened in 1895 as a 9 hole course, but was expanded to 18 holes. A clubhouse was built in the early 1900’s which also served as a skate-house for the lake in the winter. It is one of the few courses in the country that is accessible by public transportation, and has been a place where working class people could enjoy the game, without having to become a member at a country club. 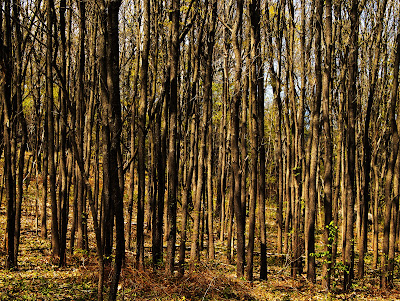 As I write this article, during the COVID-19 crisis in NYC, Van Cortlandt Park has become especially important as a place where people have been coming for exercise and some “outside” time. When I have visited, most of the people have been wearing masks and practicing personal distancing, especially on the Parade Grounds. One nice thing about walking in the back hills, is that they remain relatively empty, giving a restful chance to enjoy the outdoors.
Nuts and Bolts:
Van Cortland Park is at the northern end of Broadway in The Bronx. It is accessible by taking the Number 1 Train to the last stop - 242st.