Some might ask “Why visit Pittsburgh in February?” Yes, it was cold, cold enough that a trip to Point State Park was ill advised. But Pittsburgh has a lot of indoor attractions. So, with a few free days on my hands, I drove across the states of New Jersey and Pennsylvania to return to a city I had not seen in over a decade.

I made the Sheraton Hotel at Station Square my base. Station Square is a shopping, dining and entertainment complex located along the southern shore of the Monongahela River, across from downtown Pittsburgh. The complex includes five buildings from the historic Pittsburgh and Lake Erie Railroad station, refurbishing them into an area that draws people throughout the day for food and entertainment. Station Square sits at the foot of the cliffs that line the Monongahela River, and you can ride the Monongahela or Duquesne incline funiculars up to the Mount Washington neighborhood and get some beautiful views of the city. 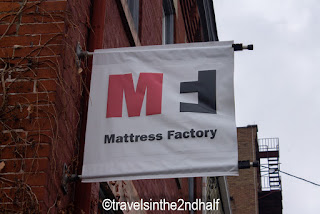 On my first day, I drove over to the North Side area, on the north side of the Allegheny River. This area was originally Alleghany City, and independent municipality, and it was annexed by the city of Pittsburgh in 1907. What drew me to this area was The Mattress Factory, a contemporary art museum. The Mattress Factory was founded by  Barbara Luderowski, and artist who moved to Pittsburgh from Michigan, in 1972. She bought an abandoned building, the old Sterns and Foster factory, and turned it into her studio and living space. Eventually the space became home to a thriving community of artists, and she incorporated it into a museum, holding its first exhibition in 1982. Today, the museum has expanded to include two other buildings in the area and two artist’s residences. It hosts several site specific exhibitions every year in its galleries.


The Mattress Factory is in the Central North Side neighborhood. This area was originally developed in 1847. There are many historic row houses, and it was home to many of Allegheny City’s richest residents. Many streets in the neighborhood are named for generals who fought in the Mexican-American War, and the are is still called the Mexican War Streets. 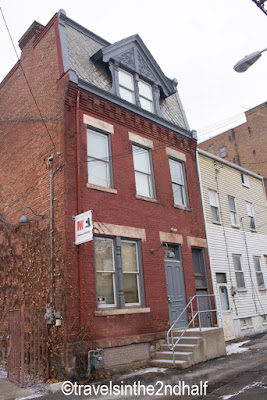 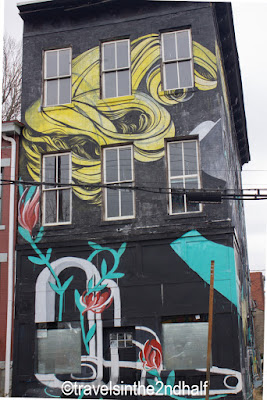 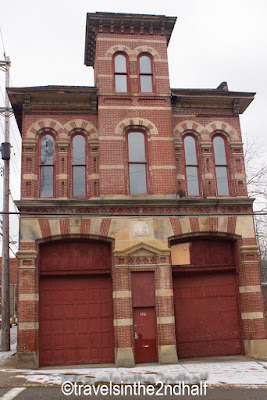 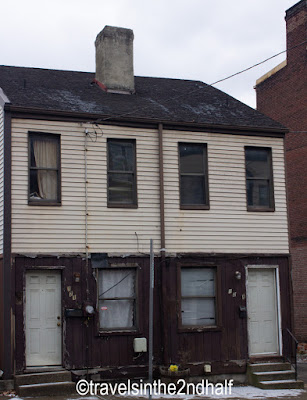 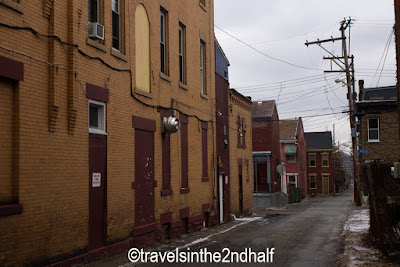 From here, walking south, towards the Allegheny River, I passed through the Allegheny Center. This area was the commercial center of Allegheny City. During the 1960’s, at the height of the “urban renewal” movement, much of the neighborhood was torn down and replaced with modern buildings. Apartment towers, offices, even a new shopping mall were built in what had been a low rise residential and commercial area. The mall has since been converted to a large office complex. Luckily, the Carnegie Free Library, built in 1890, was not touched. 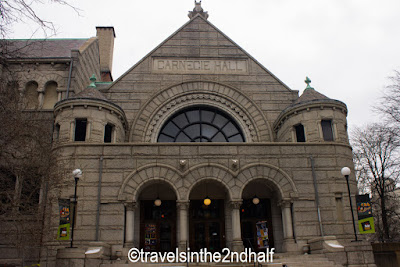 Continuing south, I passed under the I-279 highway and into the North Shore neighborhood. This former industrial section is now home to Pittsburgh’s two professional stadia – PNC Park, home to the Pirates, and Heinz Field, Home to the Steelers. It is also where you will find the Andy Warhol Museum, 7 floors dedicated to the life, art and all things having to do with the Pittsburgh native. 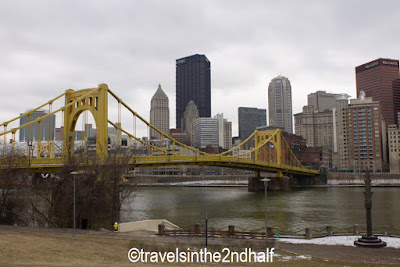 The North Side is also home to the National Aviary and the Pittsburgh Children’s Museum. But for me the real interest here is in visiting the old neighborhoods. Walking among the old row houses of the Mexican War streets, or through the parks of Alleghany Center. It is a great chance to observe the changes that have come about over years, from an urban center, to an area in decay, rebuilding and now gentrification. Much of these changes are visible as they continue even today.

Getting There:
The Mattress Factory – 500 Sampsonia Way. The 13, 16 or 17 busses from downtown to North Ave and Monterey Street. Then walk 3 blocks north on Monterey St to Sampsonia Way. Turn right and walk about 100 m to the museum.
Adults are $20, Seniors and Students $10.

Met Breuer Presents a History of Human Figures in Sculpture

When the Whitney Museum moved to its beautiful new home in lower Manhattan, back in 2014, the Metropolitan Museum of Art leased its former home on Madison Ave. Renamed the Met Breuer, in honor of the building’s architect Marcel Breuer, the new Galleries have been home to some major exhibitions of modern art. Some of these have been instillations dedicated to particular artists, but two in particular have utilized the Met’s extensive permanent collection.

In 2016 the museum staged “Unfinished: Thoughts Left Visible.” This exhibit featured pieces of art that were literally incomplete, either purposefully or due to the incidents such as the death of the artist. The museum explored the question – “When is a work of art finished?” The pieces exhibited were all from the Met’s permanent collection. The exhibit reminded me of the story about Cézanne. He was known to show up at exhibitions of his work, pull out a set of paints, and continue working on pieces that were already on display.

This spring, the Met has reached into its vaults for another extensive show, one that explores human figures in sculpture. “Like Life – Sculpture, Color and the Body,” on display until July 22, 2018, is a fascinating survey of the history of the art form. What makes this exhibit special to me is that the works are arranged thematically rather than chronologically. One gallery starts with classic statues of white marble, and then expands to white monochrome statues from the 20th century, composed of other materials. Another is a filled with figures laid out for burial. There are galleries of realistic statues, and others of figurative representations. In all, it is a comprehensive over view of the many ways the human figure has been portrayed.

The other exhibit at the Met Breuer is “Leon Golub – Raw Nerve” (on view until May 27, 2018). Leon Golub (1922-2004) was a painter who used his oversized works to comment on the issues of race, war and power. This exhibition is being staged in celebration of the Met’s acquisition of Gigantomachy II as a gift from the Nancy Spero and Leon Golub Foundation for the Arts. In all, over two dozen pieces are on exhibit, including my favorite – Two Black Women and a White Man. I like the juxtaposition of the figures, the man simply ignoring the women sitting on the bench, while there is some concern the women’s eyes.

What I love about the Met Breuer is that it is a small museum by New York City standards, but it has the resources of a mega-museum. You can see all of its world class exhibits without being overwhelmed. And, if you want more, the Met’s main building is just a few blocks away.

Getting There:
The Met Breuer is on Madison Ave. between 75th and 74th street in Manhattan, NYC. You can take the #6 train to the 77th Street station and then walk 2 blocks west and 2 blocks south.

The admission fee for non-NYS residents the Metropolitan Museum of Art is $25 for adults; $17 for seniors; $12 for students. Residents of NYS with id may pay what they want. Tickets may be used at the Met, the Met Breuer and the Met Cloisters for up to 3 days.