Sutter's Fort and Mill - Home of the Gold Rush 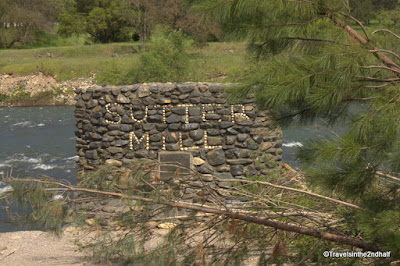 Why, you may ask, is Sacramento the capital of California? Los Angeles is a bigger city, and San Francisco is much more interesting. To find the answer we have to go back to the 1840’s, before California was a state, before it was even part of the United States.

John Augustus Sutter, born in Germany and spent his life moving around different places in North America. California was a province of Mexico, and its regional government was based in the town of Monterey. In 1838 Sutter came to the provincial office and requested permission to create a settlement at the confluence of the Sacramento and American Rivers in California’s Central Valley.

In 1839 he began construction on the settlement of New Helvetia (New Switzerland). The first thing he built was a fort, to house his private army, act as trading post, and provide protection for settlers. When construction was completed in 1841 he was granted title to almost 200 square-kilometers (77 square-miles) along the Sacramento River. He used his private army to control the area and pretty much treated the local Indians as slaves. Five years later, in 1846, The United States took control of California after the Mexican-American War.

Fort Sutter is still in Sacramento. The city has grown around it, but it sits as a California State Historic site. You can visit and see how the original settlers lived. We were lucky enough to visit on a day that there were people reenacting the roles of settlers. 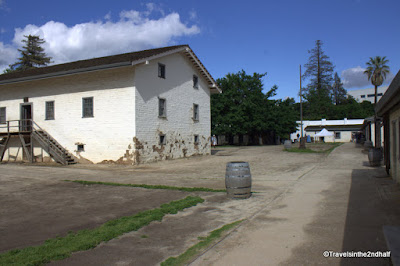 One of Sutter’s main source of income was providing lumber to the growing city of San Francisco. He built a mill in the town of Coloma, California, about 45 miles up the American River from Fort Sutter. The mill used water power from the river and turned trees from the Sierras into needed lumber. The product was then sent down the American River to the big city.

Sutter’s Mill was run by his partner James Marshall. While Sutter lived in relative comfort in Fort Sutter, Marshall spent his days out in the wilderness with his crew of lumberjacks and mill workers. One day he was inspecting the tailrace, where the water that powered the mill was returned to river. He noticed something in the trace that was reflecting light. Looking closer, he found out that these were gold flakes. The date was January 24, 1848, and California would never be the same. 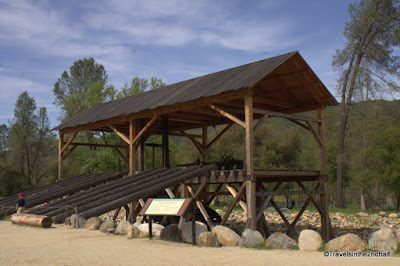 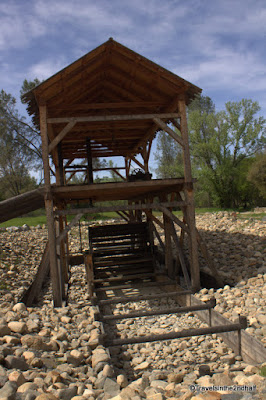 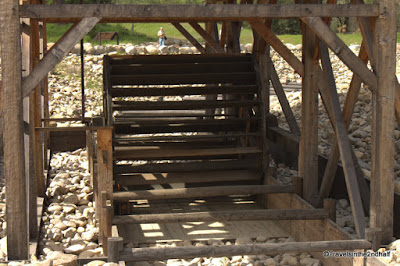 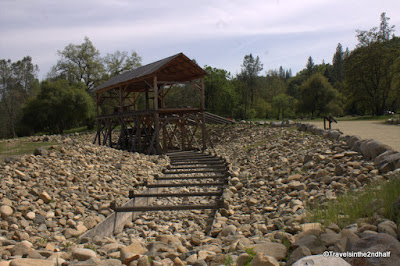 Today Sutter’s Mill, and most of the town of Coloma are a California State Historic Site. You can visit the rebuilt mill, some of the homes and stores that were built during the gold rush years, or take a hike that has great views of the American River and its valley.  You can even pan for gold, who knows, you might get lucky. 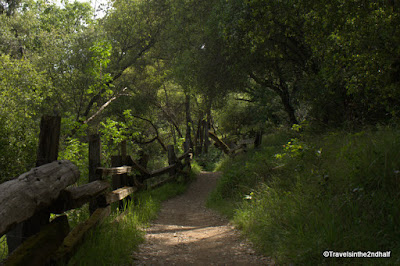 Getting Here:
Sutter’s Fort State Historic Park – The entrance is on 28th street between K Street and L Street in Sacramento CA.
Marshall Gold Discovery Site – Take route 50 east from Sacramento to Placerville. There pick up route 49 north to Coloma
Posted by Jonathan L at 4:30 AM No comments:


Writing this blog has been a chance for me to grow. My confidence in my photography and my writing has been increased during the two-and-a-half years that I have been doing this. In fact, writing this blog has given me a chance to expand my horizons, and to try different forms of writing. Traveling can inspire many things. It has gotten me to go beyond just writing travel guides, and to attempt some fiction and poetry. Here is some of what I have produced.

I was walking through the collection at the Museum of Modern Art in New York City, and I saw Henrí Rousseau’s painting The Dream. Rousseau (1844-1910) was a self-taught painter during the post-impressionist era. His work is considered Naïve or Primitive.

The Dream is almost surreal, with its positioning of a nude woman reclining on a day bed in a jungle. While Rousseau has written about the dream being the woman’s dream, my attention was captured by the two lions whose faces are in the center of the painting. This short-short is what came from this inspiration:

By Jonathan Lessuck (inspired be The Dream by Henrí Rousseau)


-Mary?
-Huh?
-Mary?!
-Huh?
-Mary!!??
-What do you want?
-Open your eyes!
-What?
-Open your eyes!
-Why? It’s the middle of the night!
-That’s what I thought, but something is not right.
-What do you mean?
-Open your eyes!
-Shit! Where did all those people come from?
-Good, you see them too.
-What happened?
-That’s what I was going to ask you!
-But where did our home go?
-It’s still behind us. I think that idiot playing a flute woke me up.
-And where did that sofa come from?
-I have no idea. Maybe those people out there brought it.
-But where did those people come from, and why do they stop and stare at us?
-Betty, did we eat those mushrooms again?
-Oh man, I told you it was a bad idea
-Close your eyes and go back to sleep. They will all be gone in the morning.

One of the highlights of the Robert Lehman Collection at the Metropolitan Museum in New York City is Two Young Girls at the Piano be Auguste Renior (1841-1919). It was painted in 1892 on commission from the French Government, to be displayed in the new Museé de Luxembourg. This painting is one of four versions that Renior produced. What I saw was the friendship between these two girls. They are presented as being totally comfortable with each other, enjoying an afternoon of song. It inspired this poem:

An afternoon spent in
Joyous song
You and me, friends
Together