I have traveled to Puerto Rico enough times that it is beginning to feel like a second home to me. I have become very comfortable traveling around the island. However, in all of my visits, I had never been to the island’s west coast.

It’s not that Puerto Rico is very large, but, at the size of Connecticut, the west coast is just far enough away from San Juan that you pretty much have to stay overnight, and The Amazing Ms. D and I never had a reason to pay for a second hotel in addition to our digs in the Capital. So when Ms. D’s cousins suggested sharing a house in Boquerón for a couple of nights, we immediately said yes.

Boquerón is a small beach town of about 5000 full time residents in the southwest corner of Puerto Rico. It has become a vacation spot for people from all over the island. Boquerón has beautiful beaches, great seafood and amazing views of the Mona Passage, which separates Puerto Rico and the Dominican Republic.

The most beautiful of Boquerón’s beaches is Playuela also known as Playa Sucia. It is inside the Cabo Rojo Nature Reserve. The beach sits at the end of an inlet between two towering limestone cliffs, with the Caribbean on one side and salt flats on the other. This section of shore is undeveloped, so if you go, bring in everything you need for the day, and take out all of your refuse out with you are there are no cleaning crews.

At the top of one of the cliffs in the Nature Reserve sits El Faro los Morillos. It sits 200 feet above the water, looking out at the Mona Passage. It is the second lighthouse built in Puerto Rico, constructed in 1887. The lighthouse is similar to many in Puerto Rico, with the tower rising up out of a building that served as the home for the keeper and his family. The keepers lived on site until 1967 when the light was renovated and fully automated. While the light has remained active, the building fell into disrepair, until a renovation project started in 2002. Today the building is home to several galleries and historical exhibits, along with space for local artisans to sell their goods. 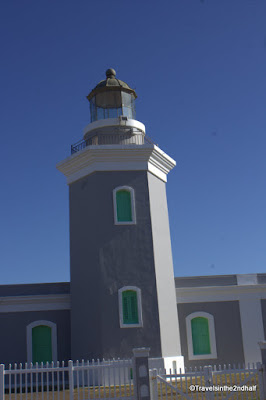 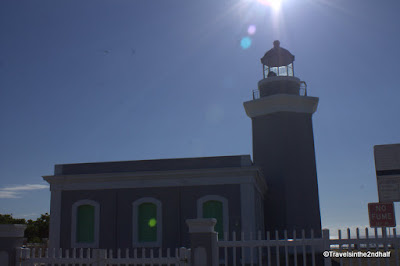 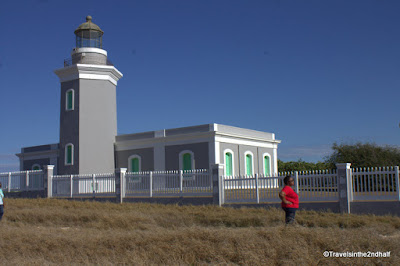 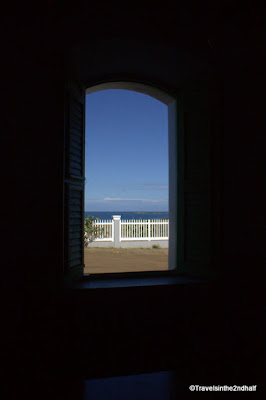 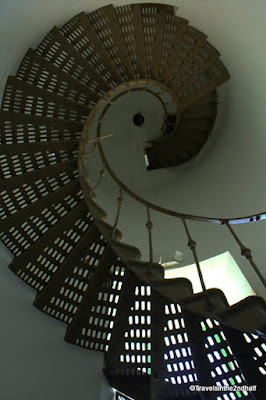 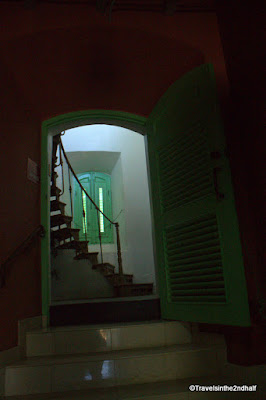 It is a nice walk up from the parking area to the lighthouse, but there is a better reason for the hike – the views from the top of the cliffs. Turn one way and you can see the limestone cliffs on the other side of the bay. Another, and you look across the salt flats to the island mainland. Turn again and it is the Mona Passage that fills your view. All of it is beautiful and worth the time and effort to see. 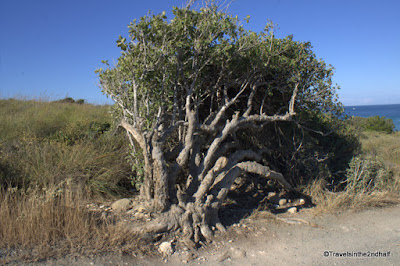 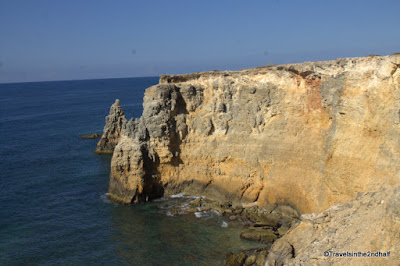 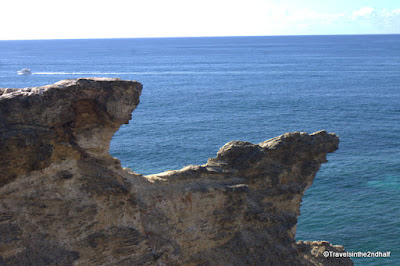 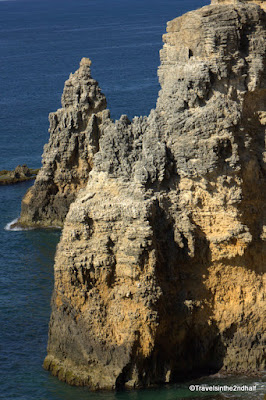 The town of Boquerón has a small central area that sits along a beach where there are many restaurants and bars. We had lunch an excellent meal at Terramar.  Serving fresh seafood and pizza, it is a great family place for lunch or dinner.

Boquerón is part of the municipality of Cabo Rojo. The area was incorporated in 1771. It is the birthplace of Ramón Betances, the father of Puerto Rican independence, and that history is evident in the town today. It’s a beautiful plaza has three flag poles, and three flags fly overhead: the Cabo Rojo municipal flag, the Puerto Rican flag and the flag of the Lares Independence movement. The area around the plaza has many old if not historic buildings. The day we visited we had lunch at a nearby restaurant called La Herencia. Fresh, tasty criollo food was prepared by a family that has been serving the community for three generations. 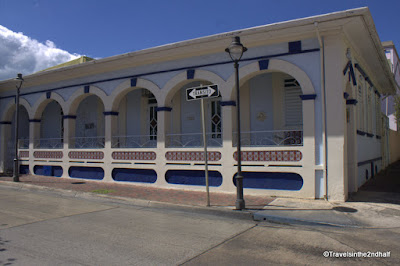 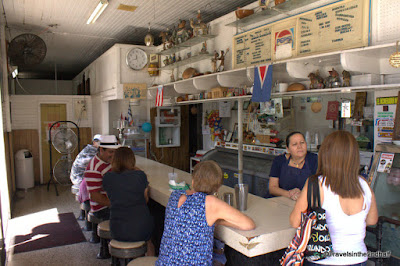 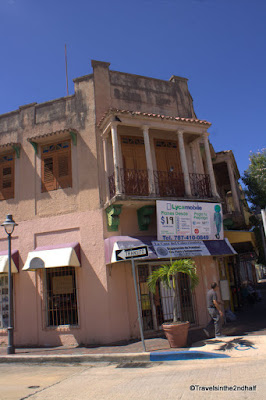 The nearest city to Cabo Rojo and Boquerón is Mayaguez. About 15 km (10 miles) north of Cabo Rojo, Mayaguez is the eighth largest municipality in Puerto Rico. It was founded in 1760, and today is the main population center in southwest Puerto Rico. Mayaguez’s main plaza is Plaza Colón, one of the oldest plazas on the island. It was designed in 1842, after the town was destroyed by fire in 1841. Like most of the main plaza’s it was designed to be home to both the political and religious centers of the area. At one end is the Alcaldía – the old city hall, now a museum of municipal history. At the other is the city’s cathedral – Nuestra Señora de la Candelaria.


The plaza is dedicated to Cristobal Colón, who is said to have landed on the island in this area. At its center is a statue to the explorer. The plaza is lined with 16 street lamps, held aloft by odalisques representing women from Europe, Africa, the Middle East, and Asia. The historic center of Mayaguez is filled with old and historic buildings. It is worth taking the time to walk around enjoy the architecture. After your walk, stop at Rex Cream for a scoop of artesian ice cream offered in many flavors that you won’t find at home. 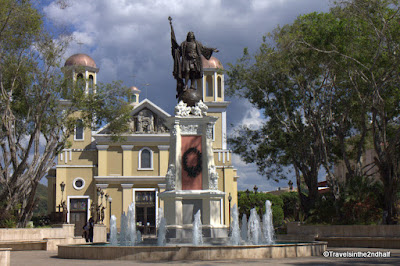 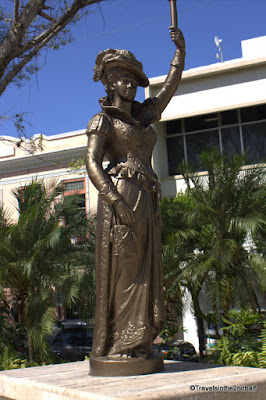 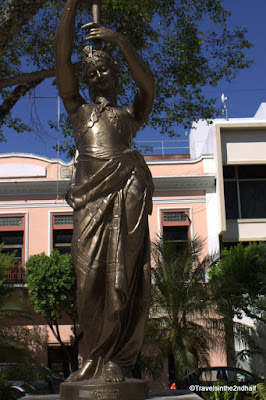 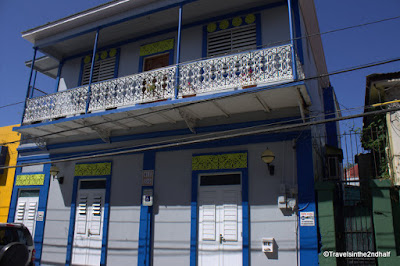 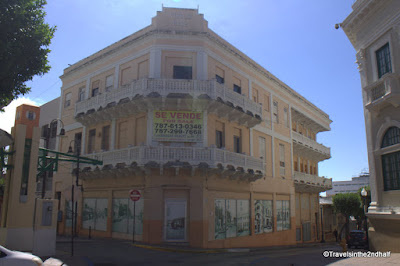