Hacienda Esperanza - A history of sugar and slavery

Puerto Rico, like almost all of the countries of the Americas, has a long and troubled history in dealing with its enslaved people and racism. As a Spanish colony, its sugar and coffee industries were founded on the backs of enslaved African captives. Slavery was abolished in Puerto Rico 1873, but it did not actually end until 1876. For Almost one hundred years slavery was kind of a hidden fact. Everyone knew it had existed, but official Puerto Rico didn’t talk about it. It wasn’t until the latter half of the 20th Century that historians on the island began to study and discuss the role of enslaved Tainos and Africans in developing the economy of Puerto Rico.

Today Para la Naturaleza, a non-profit organization dedicated to the conservation of natural resources in Puerto Rico is at the forefront of the preservation and presentation of the history of coffee and sugar plantations on the island. They don’t shy away from the role of slavery. They are open and give real honor to the lives of the enslaved people who lived, worked and died on these plantations.

If you want to learn about life on a sugar plantation, take a trip to Hacienda Esperanza in Manatí. It is about 60 Km (36 miles) west of Old San Juan. The drive takes you out of the urbanity of the metropolitan San Juan area to the open fields of north central coast of Puerto Rico. This area was perfect for growing sugar cane – warm, good soil and lots of rain. Hacienda Esperanza sits along the banks of the Rio Grande de Manatí, which also provided easy access for shipments by boat, rather than over land.

Hacienda Esperanza was founded in the 1830’s by Fernando Fernández, an officer in the Spanish colonial government, but it was his son, José Ramón Fernández y Martinez, who greatly expended the plantation. In 1862 he purchased a steam-run cane press which allowed the plantation to produce four-times as much sugar. This allowed him to grow the size of the plantation to over 2000 acres with more than 170 enslaved workers, making it one of the largest plantations on the island.

By the 1890’s the Fernández family and the company it founded had accumulated a huge amount of debt. There were two main causes for this. First, they had to begin to pay salaries to their workers in 1876, when slavery finally ended in Puerto Rico. There was also a huge drop in the price of sugar cane as Europe began to use beet sugar, which was easier to grow, and thus less expensive. While the family had to sell the plantation it continued to produce some sugar and other agricultural products until the 1970’s. 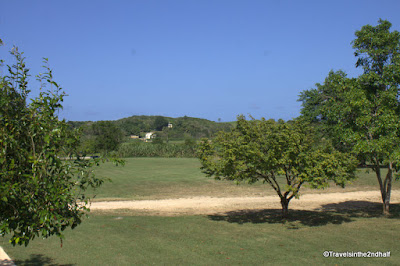 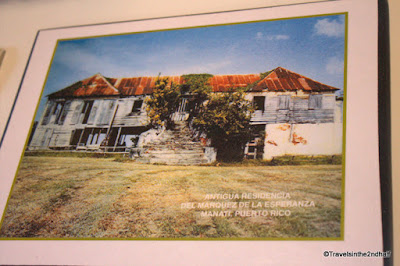 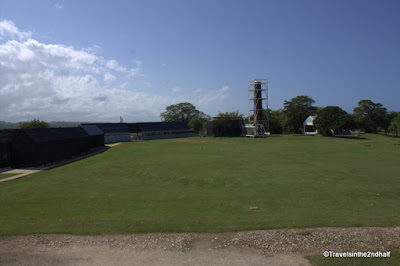 In 1975 Para la Naturaleza acquired the land and began to restore it and develop its historical and natural resources. They have totally restored the original plantation house. On the ground floor are the offices of Para la Naturaleza, its library and a welcome area. Our tour began with a 10 minute welcome and historical video before we were taken up to the second floor. This area has been restored to a beautiful open space that has plenty of room for large groups of visitors. Our guide gave us an extensive history of the plantation. I was really impressed with the openness of his presentation. He was very up-front and honest about both the role and treatment of enslaved people at the Hacienda. He gave many details, even down to explaining how those who worked in the field were given machetes that were short and had flat ends while the overseers had machetes that were long and pointed, the better to defend themselves should they be attacked by the field workers.

A short walk from the house is the steam-run cane press. Built in 1862 and imported from West Point NY, it has been maintained and still runs, although it does have brand new boilers. The story we heard is that Sr. Fernández y Martinez used his access to ocean to bring the press directly to the plantation, this avoiding the import taxes. 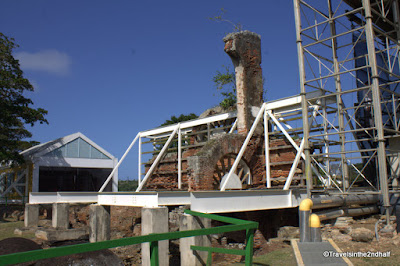 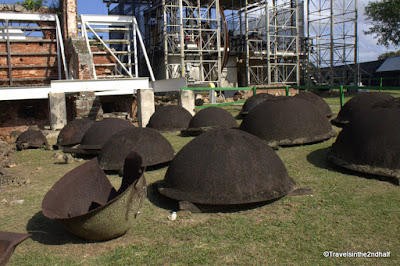 Our guide did a great job of explaining the history of Hacienda Esperanza. It was an excellent experience and a great education into the role of slavery in building the economy of Puerto Rico in the 1800’s. Para la Naturaleza is a leading force in presenting the past and preserving it for the future. They also run a restored coffee plantation – Hacienda Buena Vista – near Ponce. Take a trip out of San Juan and learn about this history of the island. There are tours in Spanish Wed. through Sun. and one English tour on Saturday and on Sunday. Make reservations before you travel because tour space limited. The cost of the tour is $18/person. 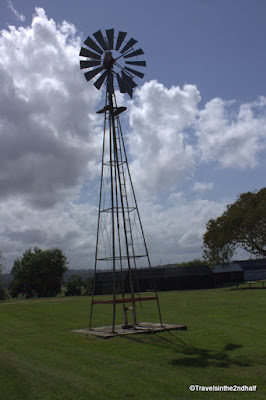 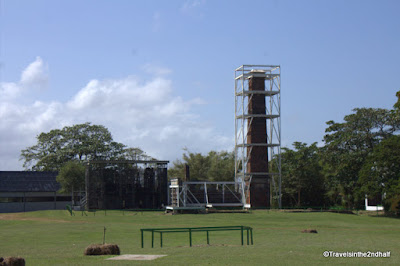 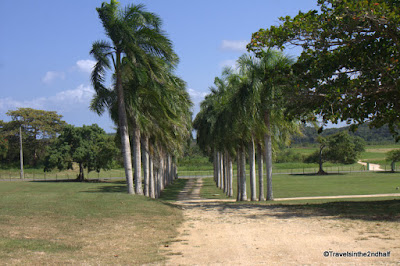 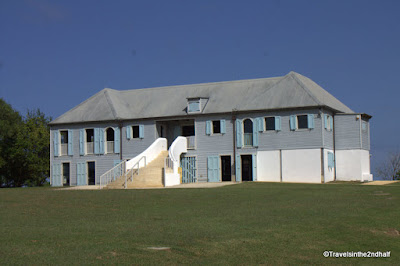