There is a lot that can be written about the culture wars between San Juan and Ponce in Puerto Rico. And I will describe some of that in another post. There is another cultural outpost that gets very little attention, especially by tourists and travelers. That is the town of Loiza. (see map) Loiza is one of two historically afro-puertorican townships in the general San Juan area. Loiza is famous for its traditional music, artisans and burin style of cooking. It is about 15 miles east of Isla Verde.

Vejigante masks – Taller Ayala
Among Loiza’s most famous artisans are the Taller Ayala (Rte. 187, Km 6.6, Loíza, 00772) – producers of traditional vejigante mask. The vejigante tradition goes back to the defeat of the Moors in Spain by St. James. They originally represented demons and were included in processions on St. James’ saint day to scare parishioners back to church.  In Puerto Rico this celebration became infused with African and Taino traditions which have led to inclusion of bomba y plena music and the production of the masks out of coconut husks. While vejigante masks are available in many sizes a tourist shops throughout the island, It is worth the trip to see the work of a family that has been producing them for close to 100 years. 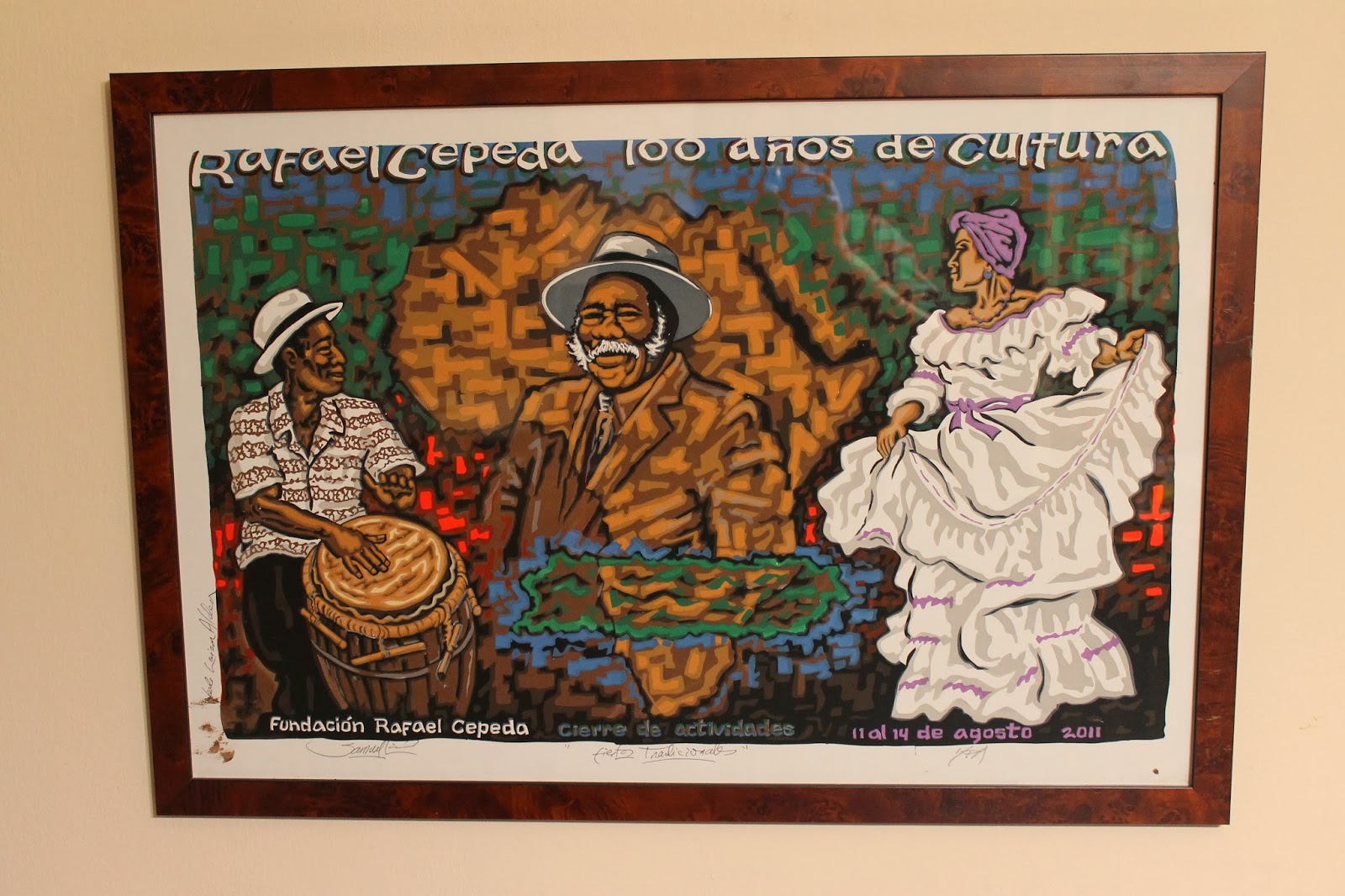 Across the street from the Ayala family workshop is the artistic studio of Samuel Lind. Samuel was born in Loiza and his work  has a great feeling for the rural society of that part of Puerto Rico and for the traditions of Bomba y Plena music. His work includes representations of the local country-side that are almost magical in nature. He has also painted portraits of dancers and celebrants of musical cultures. 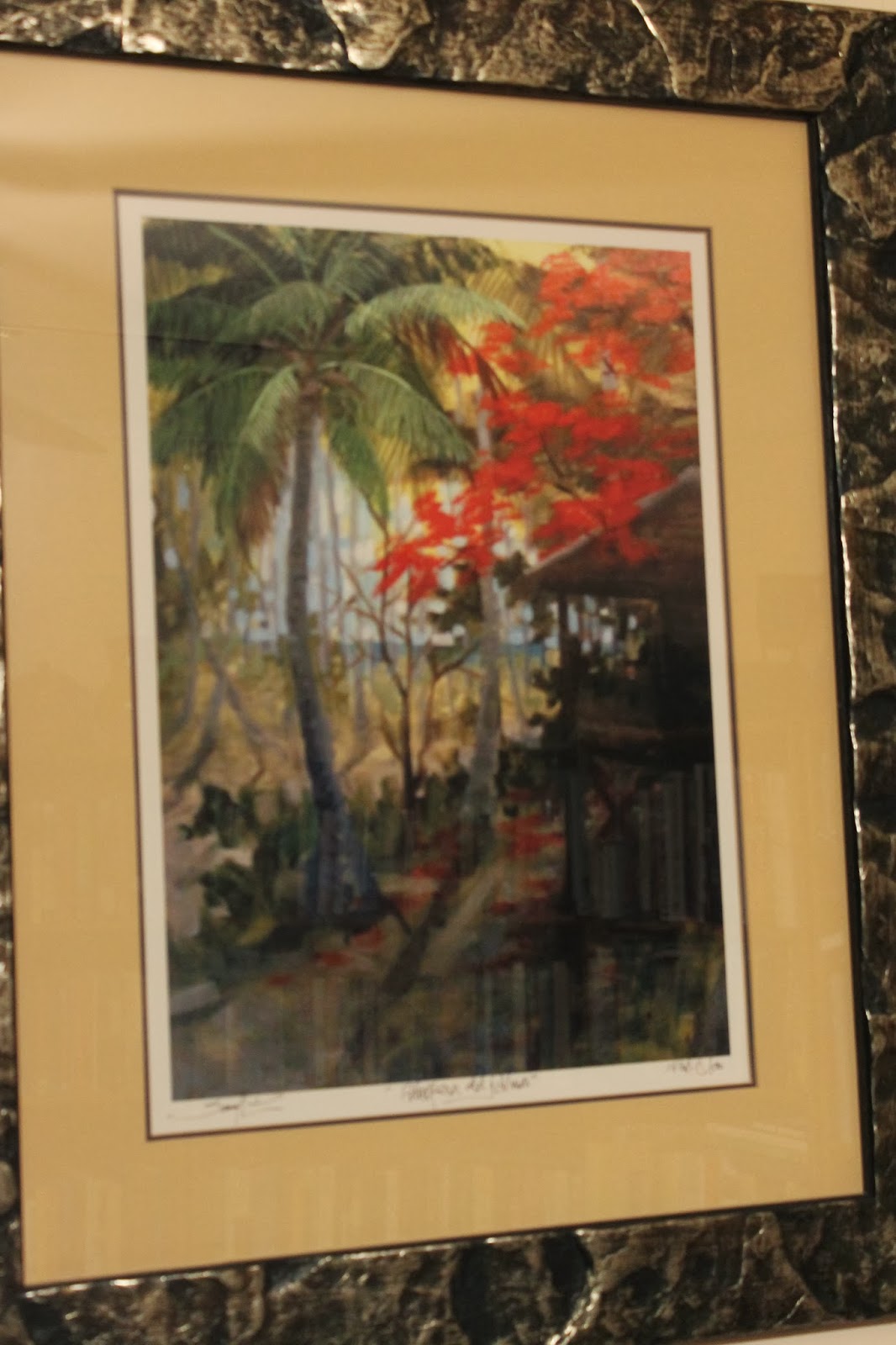 Burén Cooking
Burén style cooking is local tradition with ties to African roots. They are usually open only weekends. The burén is a large piece of metal that is heated by a wood fire. The food is “grilled” on top of the metal, often cooked while wrapped in the leaves of a plaintain tree. Some typical dishes are Tortas de Yucca – a pancake made of yucca base with cream of coconut, milk sugar, vanilla; Arepas de Maiz – corn cakes;  and Alcapurias and Empenadas de Jueyes   - fried or grilled pieces of ground yucca and yautia filled with local crab meat. The most famous burén is El Burén de Lula see here. There are other smaller buréns  throughout Loiza, just ask a local for directions.

Piñones
The nicest (not fastest) way to get to Loiza is to take root 187 east from Isla Verde (see map). This will take you through an area called PIÑONES. This a beach front area that is unincorporated. The people who live and own businesses there were originally squatters. Their restaurants (called kioskos) were originally shacks set up on the beach. Some have become more substantial and permanent. Piñoes is some of the most beautiful beach in Puerto Rico. However it is all undeveloped, so no services and no life guards, just pull off the road and open your blanket. Be warned that Piñones gets very crowded on the weekends and it can take 2 hours to travel the 10 miles from Isla Verde to Loiza.
Posted by Jonathan L at 11:09 PM