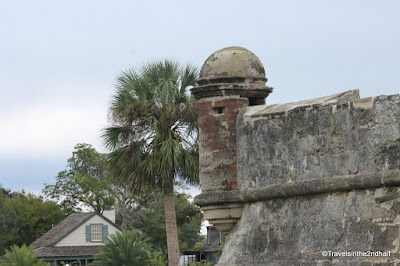 St. Augustine Florida is the oldest continuously occupied European settlement in the United States. It was founded by Spain in 1565. There is a lot to see there and this will be the first of three blog pieces about this wonderful town.

During the 16th and 17th century Spain, England and France were in a stiff competition for colonial control of the Americas. France had its colony in Louisiana and its fur trading in the North. Thus using the Great Lakes and Mississippi River it held control over the center of North America. England had its Atlantic colonies from Georgia to Newfoundland giving it a firm foothold in North America. Spain had its colonies in the Caribbean and Central and South America. It also had Florida. And being in the middle, Florida became the focal point for the battle for control of the Atlantic between England and Spain..

St. Augustine was Spain’s largest and most important settlement in Florida. It had a sheltered waterfront that was accessible only by navigating up a river. It w is north of the worst of the swamps comprise most of Florida. As such it was a prime target for British “Privateers” – Pirates paid by the British government to wreck havoc with the trade of other nations. In fact, St. Augustine and its wooden forts were  burned to the ground on more than one occasion by the British. Finally, in 1670, after over 100 years Spain finally agreed to build as stone fort. In 1672 construction began on Castillo de San Marcos.

If you have been to Puerto Rico the architecture of Castillo de San Marcos is familiar, although it is much smaller than San Juan’s El Morro. Roughly square with battlement extensions at each corner, Castillo de San Marcos housed 60 pieces of artillery that could cover a range of up to about 3 miles. The Corner battlements created areas of cross fire that would stop any approaching army.

The fort was made out of a local stone called coquina. This is a sedimentary stone made up primarily of shells that have accumulated on the floor and been cemented together over time.  These stones were dug out of the ground and allowed to dry. While drying they lost about 70% of their mass. The advantage of the coquina is that they are strong, but porous. This allowed them to absorb the force of cannon balls without cracking and breaking.

Castillo De San Marcos was a success. There were no successful incursions into St. Augustine after it was built. In fact, at one point the Spanish were able to take advantage of the British Navy being blown out to sea by a hurricane to launch an attack on Savannah – the nearest British colony.

At different times, the Castillo de San Marcos was controlled by Spain, Great Britain, The Confederate States of America and the United States. It has been used as prison during wars against the Seminole Indians and during conflict with some of the western tribes, and as a military prison by the Union during the Civil War.

In 1924 it was turned over to the Federal Government as a National Monument, and then to the National Park Service.

As I said, the success of the Castille de San Marcos was based on the fact that there were 60 cannons and mortars in the fort. These cannon could each fire a round every 4 minutes during normal firing, and could reach a range up to 3 miles away. 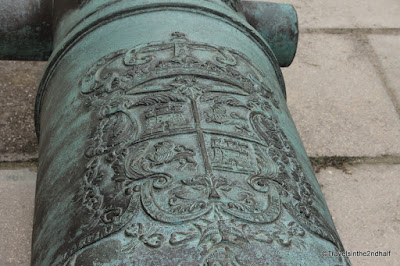 The were several different types of cannon and mortars at the Castille: 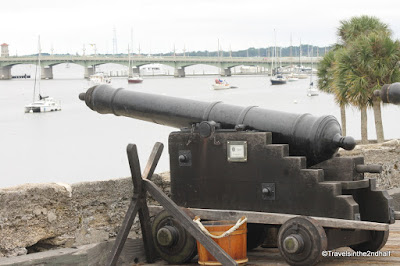 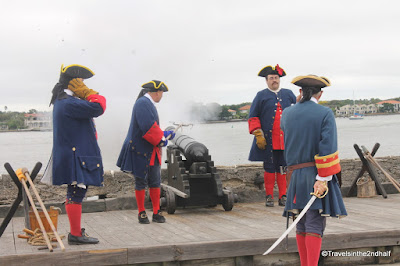 The Castille de San Marcos sits on the Metanzas River, a salt water estuary. While I was there some dolphins came to feed 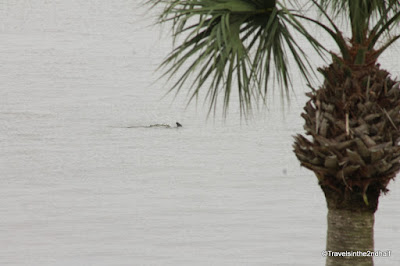 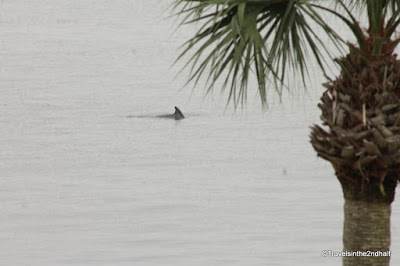 When you visit St. Augustine plan on spending a few hours at the Castille. It is worth the time to take a walk back in time.