Visit Old Town Sacramento for a trip through California's History


Last week, in our history of Sacramento, we visited the home of the California Gold Rush. The gold rush of 1849 changed the face of the state. Over 300,000 people moved to California in the five years between 1848 and 1853, most of whom moved to the Sacramento area and the nearby mountains. The Sacramento area became the center of trade in the central valley, and the key supply point for prospectors. Goods were barged up the Sacramento River from San Francisco, and then distributed out to the mining towns.

In 1850 the new state of California was trying to find a permanent place for its capital. In 1849 the territorial government had named San Jose as it home, and then the town of Vallejo, but when funding to build a capital building wasn’t found, they kept on looking. In 1852 the government moved to Sacramento temporarily, and in 1854 they named it the permanent capital of California. However it wasn’t until 1874 that capital building was completed. Why Sacramento? Two reasons, gold and the railroad.

By 1855 Charles L. Wilson and Theodore Judah had begun work on the Sacramento Valley Railroad, the first line chartered west of the Mississippi River. The railroad traveled from the Sacramento River levee on Front Street to the town of Granite City, which is now Folsom. In 1862, Judah chartered the Central Pacific Railroad, which originally went from Sacramento to Oakland. It became part of the Transcontinental Railroad by continuing from Folsom to Promontory Summit, Utah where, in 1869, it met up with the Union Pacific Railroad.

Today, the center of all of this history is the California State Historic Park at Old Town Sacramento. The buildings in this part of the city date back to the 1850’s. They have been restored to their original appearance. The sidewalks were raised over a foot to deal with the flooding from the Sacramento River. These buildings are similar to many other Spanish Colonial cities. They feature balconies that stretch the length of the house with floor to ceiling window/doors. Today the businesses are mostly stores and restaurants that cater to the many visitors. There are also several museums – The Wells Fargo Museum, The Sacramento History Museum, the California Military Museum, and my favorite, the California State Railroad Museum. 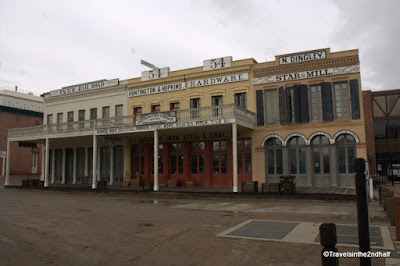 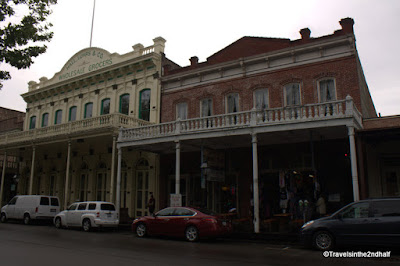 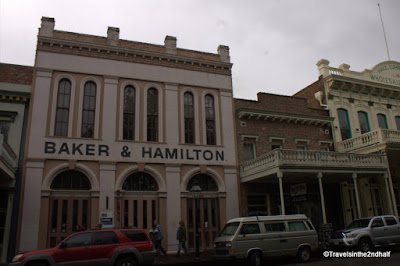 Opened in 1976, the California State Railroad Museum houses 19 steam locomotives and dozens of other rolling stock – the various cars pulled by the engines, in a 225,000 square foot exhibition space. I have been to several rail museums, and this is the best organized, with plenty of space around the trains, giving you the chance to get a great look at the engines. The museum also has excellent signage providing visitors with the history of each piece. On the third floor there is a large collection of Lionel model trains and a play area for young visitors. The museum also includes a recreation of the old passenger station and freight depot.

Many people speed through the Central Valley of California, as they travel from San Francisco to Yosemite and Tahoe. If you are planning on driving this route, slow down. Take some time to explore the history of Sacramento, the Gold Rush and railroad.

Getting There: Old Town Sacramento is located between Interstate 5 and the Sacramento River between I Street and L Street. There is a large parking garage under the highway at I street.