After three days in Cienfuegos, our cruise moved on to the Bahía de Santiago de Cuba. Here we stopped to visit the city of Santiago de Cuba. I chose to not take the included tour, but instead, went on a tour designed for photographers. 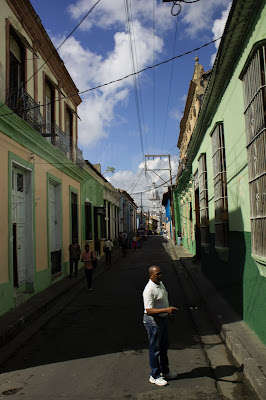 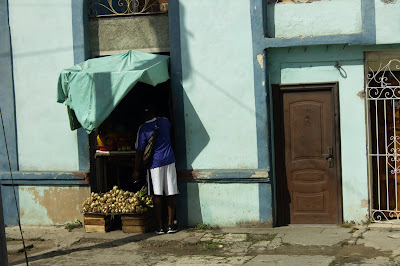 Santiago de Cuba, in the southeast corner of the island, is Cuba’s second largest city. Santiago was founded in 1515 and served as the capital from 1522 until 1589. The city became a major port and industrial center for sugar cane and aluminum mining. 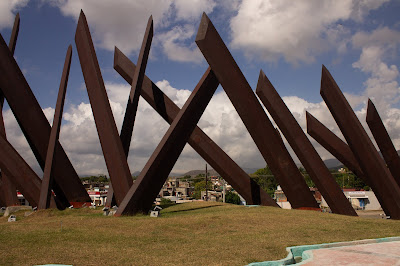 Our tour started with a stop at the Plaza de la Revolución. The plaza, which opened in 1991, has two parts. One is a large open space that can hold up to 150,000 people for large rallies. Across Avenida de los Desfiles is a building with space for cultural event and conferences. This structure is topped with a tribute to Lt. General Antonio Maceo y Grajales, a general during Cuba’s war for independence in the 1890’s. He served in the Cuban Army from 1868 until his death in battle in 1896. The statute is 16m (50 ft) tall and is joined by twenty-three metallic shafts thrust into the ground. These are meant to represent machetes. The instillation was built to celebrate the rebel spirit of the Cuban people.

From the plaza we traveled into the center of the city, to the ArteSantiago gallery, for a meeting with a local photographer. Dr. C. Vicente Gonzalez Díaz, an archeologist and underwater photographer gave us a short lecture on the places we were going to visit and tips for taking the best photos when we got there.

After our lecture, it was on to the Cementerio Santa Ifigenia. This is the burial site for many of Cuba’s most famous residents. The two main attractions are the mausoleum of José Martí and the grave site of Fidel Castro. José Martí (1853-1895) was a poet, author and revolutionary philosopher. He wrote about, and fought for an end to Spanish colonialism in Cuba and through out the Americas. Martí and his wife lie in rest in a beautiful mausoleum. It is guarded by soldiers of the Cuban Army day and night, with an eternal flame in front. We were lucky enough to arrive in time to see the changing of the guard. 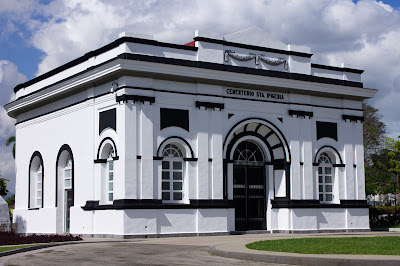 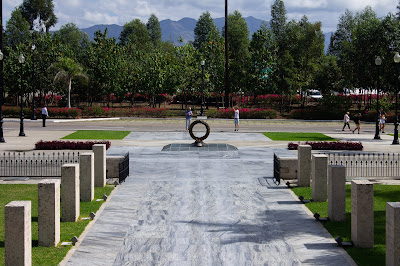 Fidel Castro (1926-2016) was a leader of the Cuban Revolution and the Cuban Communist Party. When he died, his brother Raul, declared that Fidel had wanted no monuments or roads named after him, who “strongly opposed any manifestation of cult of personality.” Fidel’s ashes are interred in a single boulder, meant to resemble a kernel of corn, in honor of a poem by José Martí. 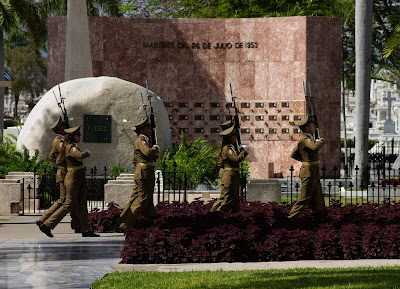 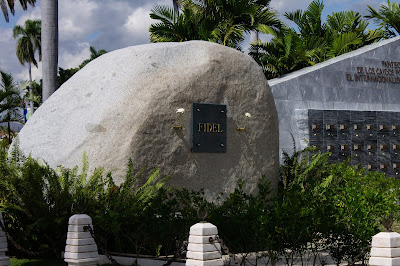 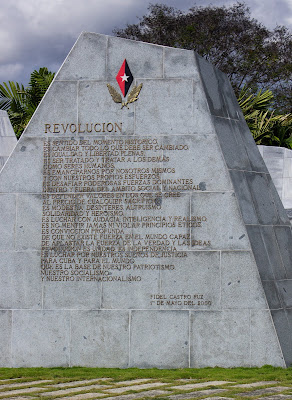 While he did not want a memorial, in fact, that is what his grave has become. Next to it is a part of a speech he wrote for the May Day celebration in 2000. I believe it is a wonderful declaration and description of the base ideas of what he fought for:

REVOLUTION (Translation by Peter W Davies)
Is the sense of the historic moment;
is to change all which must be changed
is complete equality and liberty
is to be treated and to treat others as human beings
is to emancipate ourselves by ourselves and with our own efforts
is to challenge dominant powerful forces within the social and national scope and realm;
is to defend values in which we believe at the price of any sacrifice;
is modesty, unselfishness, altruism, solidarity and heroism;
is to fight with audacity, intelligence and realism;
is to never lie nor violate ethical principles;
is the profound conviction that exists no force in the world capable of confounding truth and ideas
REVOLUTION
is unity, is independence, is to fight for our dreams of justice for Cuba and for the world
which is the base of our patriotism, our socialism and our internationalism