Florence is a city best seen by walking

As I started to write this piece, I was enjoying my last day in Florence. I might seem counter-intuitive to write my first piece in this series on the last day, but it was at the end of my trip that the themes of my Italy writings came together. I had been in Italy for almost two weeks, and this was my sixth day in Florence. I started my tips there, and I returned to Florence to end it. Now, some of you might ask “Why Florence?” If so, you have probably never been there.
To me, Florence sits at the heart of Italy. It sat along major trade routes between the north and the south of the country, and its role as the banking center during the renaissance has made it a center of trade and culture for over 500 years. As I walked around the “Centro Storico” that history was all around. 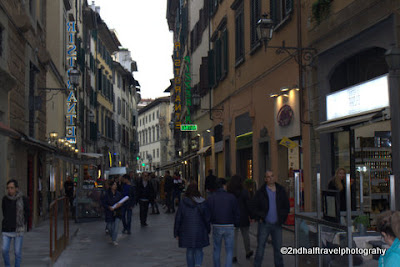 The streets are narrow and winding, with sidewalks that can barely fit one person, let alone two. The buildings come right to the edge, with courtyards inside. I walked along, looking in the store windows, amazed at styles that definitely are not sold in NYC. Even the big names sell clothes and shoes that I have never seen at home. While the streets are narrow, they never feel dark. I am not sure if that is because of the lighter colors used in building materials, or if it is the fact that they are mostly under five stories tall. It could be that the curving streets allow light in as they change directions. Streets open into small plazas every couple of blocks. Not the large major plazas that attract huge crowds, but small places that give a walker the chance to rest, catch one’s breath, and take in some sun. 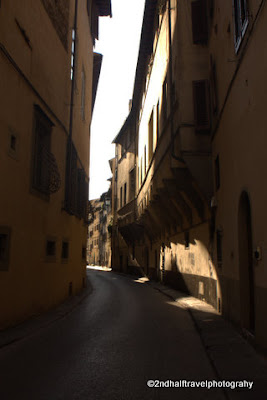 Keep walking and you will get to one of the large piazzas in the old city. There are five major piazzas, each with its own feel. Starting at the east, Piazza Santa Croce, in front of the Basilica di Santa Croce di Firenze. In addition to being one of the most beautifully decorated churches, it is the final resting place of many of Italy’s most famous artists and philosophers. Michelangelo, Galileo, and Machiavelli are just three of the famous people that you can visit there. 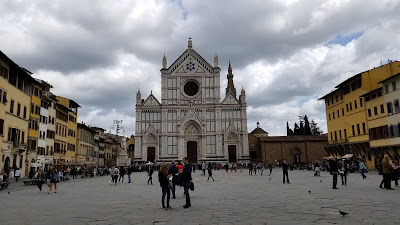 Walk about 800 m west and you get to Piazza della Signoria. This plaza is in front of the Palazzo Vecchio, Florence’s town hall. Built at the turn of the 14th century, this palace was created to reflect the importance of the city. Today, the pallazo houses a museum, and the piazza is the easiest place to see a version of Michelangelo’s David, along with the Neptune Fountain, designed by Baccio Bandinelli and sculpted by Bartolomeo Ammaannati. There is also the Logia dei Lanzi, which is home to over a dozen renaissance statues. The Piazza della Signoria is one of the largest tourist draws in Florence, and the crowds can be overbearing, you might want to get there early in the morning, before things get crazy.


A short walk (500 m) north of Piazza della Signoria is the Piazza del Duomo, home to two of Florence’s iconic structures. The Battistero di San Giovanni (Baptistry of St. John) and the Cattedrale di Santa Maria del Fiore (Cathedral of St. Mary of the Flower) or Duomo. The baptistry was built around 1100 ACE and is best know for its carved doors and mosaic ceiling. The Duomo was begun in 1296, and finished in 1436 when Fillipo Brunelleschi’s amazing dome was completed. The piazza is where you will find a beautiful campanile designed by Giotto. As with the Piazza della Signoria, Piazza del Duomo draws huge crowds.

A short 200m south of the Batistero is the Piazza della Repubblica. This public square is an early example of urban renewal. The area was originally home to Roman Forum, and then to the old market and Jewish Ghetto. In the late 1800’s a plan was developed to demolish the old buildings in this area, and a new square was created, along with the buildings that line its edges. Most noticeable are the porticos and triumphant arch along the western edge of the piazza. 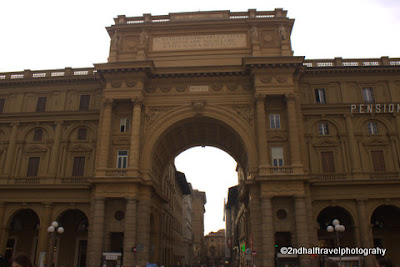 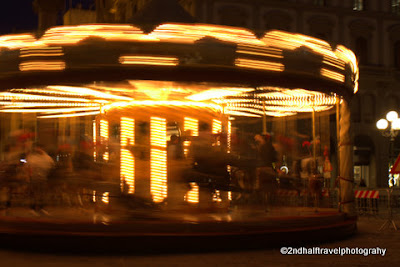 Finally, there is the Piazza Santa Maria Novella, which is a 550 m walk west from Piazza della Republica. This is another beautiful space, in front of the Cattedrale di Santa Maria Novella, a beautiful church and convent. There is plenty of seating in the recently redone piazza, and crowds are not as intense here as in some of the other squares.

Of course, no walk through Florence would be complete without a trip across the Ponte Vecchio. The old bridge across the Arno is home to several dozen jewelry stores, selling high end gold and silver pieces.


These piazzas may be the “main attractions,” but really Florence is a great place to wander. Just turning down random streets and alleys, can bring you some fascinating finds. There is Dante’s house and church, or a workshop for restoration of statuary. Or you might just find a quiet café to sit in and enjoy an espresso or cappuccino (which they now serve all day). I strongly urge you to make time in your schedule to just walk the city. 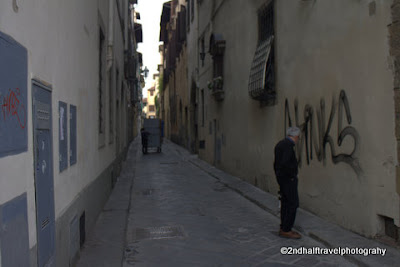 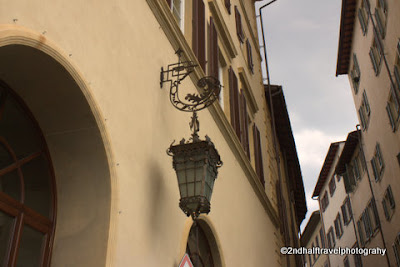 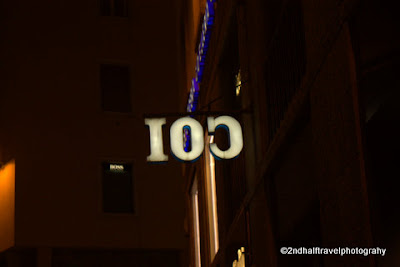 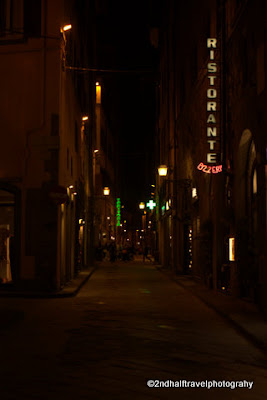 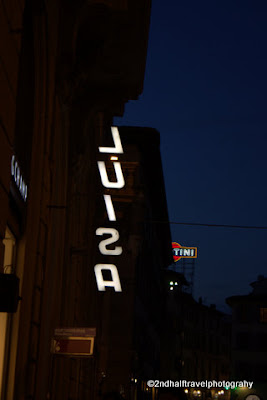