I was looking for a chance to get out of New York City. COVID had kept me home for three months, but by June, it seemed to be under control in our state. So, I got myself tested (negative), and looked for a place to spend a few days away. I found Saratoga Springs. It offered some really nice walks, and was solidly into its Phase 4 reopening.
On my trip, I stayed at the Embassy Suites in Saratoga, run by Hilton Hotels. It is located in a shopping plaza at the southern end of downtown. I felt very safe in terms of the virus. Everyone on staff was wearing masks, personal distancing was the norm among guests and staff, and the rooms were thoroughly cleaned and disinfected between guests. Hilton also offers a “digital key” through its smart phone app, so I had a contactless checkin. The Embassy Suites included breakfast , but instead of the usual buffet, they provided hot breakfast cafeteria style, and cold choices are provided in pre-portioned containers.

Saratoga Springs is home to twenty-one naturally carbonated mineral springs. The gas pressure forces the water up to the surface, and minerals flavor the water and, some people believe, have health benefits. The town has created publicly accessible spouts for those springs that are still active. Anyone can come and taste or even collect gallons from the spring of their choice. The idea of “taking the waters” to improve ones health dates back centuries, in both Europe and among the native peoples of the Americas. Saratoga became a destination in the early 1800’s as people began to build hotels and Spain the area. In 1803, Gideon Putnam bought land around Congress Spring, so named because it was visited in 1792 by a group of travelers that included two members of Congress. Putnam built a hotel near the spring. Two years later he bought up 130 acres near his hotel and laid out the town of Saratoga Springs. As fame of the waters spread, so did the opportunity to make money. In 1820, John Clarke moved from New York City to Saratoga, purchased property around Congress Spring, and built a factory to bottle the water from it to ship and sell. 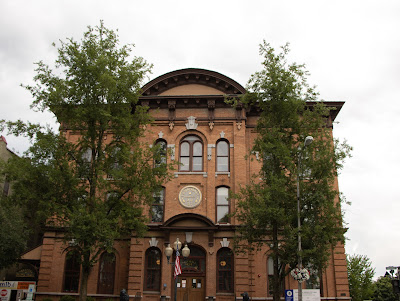 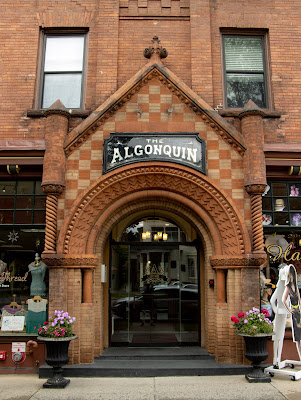 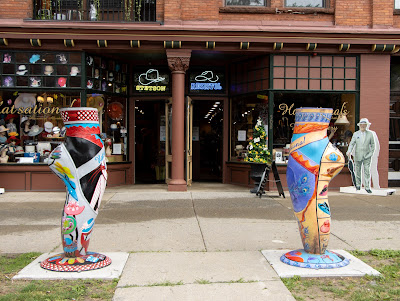 In 1866, John Morrissey opened the Saratoga Race Track and the Canfield Casino, which was located near Congress Springs. Morrissey also expanded the grounds around the Casino and Hotel hiring several landscape designers, including Frederick Law Olmsted. By the early 1900’s crackdowns on gambling and a drop in sales due to the FDA’s Pure Food and Drug Act (1906) had taken their toll on Saratoga’s economy and the Congress Spring Bottled Water Plant, along with the Casino went out of business. In 1911, the City of Saratoga bought the land, demolished the plant and hotel, and turned the area into a park. 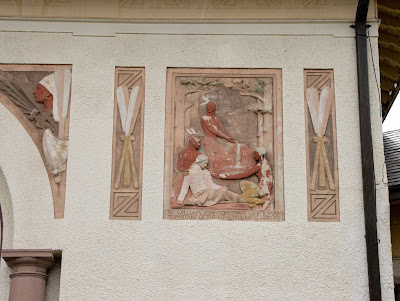 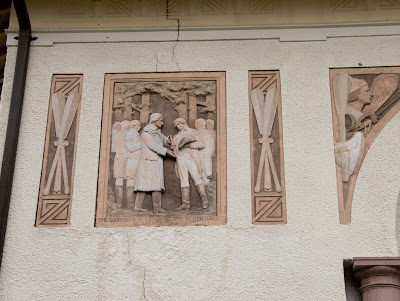 Today, Congress Park is a beautiful place to take a walk, or just spend some time. Before you enter the park, stop at the Visitors’ Center, across Broadway from the main entrance. It is in an old trolley station that was built in 1915. When you enter, stop first at the Spirit of Life. This statue by Daniel Church French sits at the top of a reflecting pool surrounded by flowers. Continue to the Northeast corner the park where you will find the Carousel. The horses of the carousel were carved in 1910 for a ride at Saratoga Lake. When that part of the city was up for development, people came forward and raised over $200,000 to keep the horses in Saratoga. The carousel was renovated and moved to Congress Park in 2002. Past the carousel you will find the Italianate Garden. Built in 1902, there is a reflecting pool guarded by the Tritons “Spit” and “Spat”. Past them are replica statues of Pan and the Meneads surrounding a sundial. 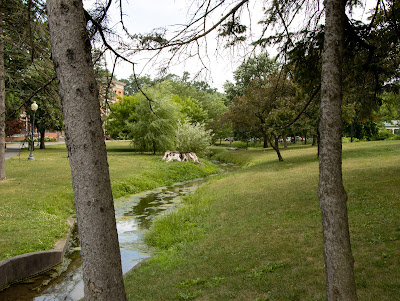 Walk south from the Garden and you will arrive at the center piece of park the Canfield Casino. The building was constructed in 1867 and then expanded in 1890, and it is the last of the original buildings in the area that is left. “The term casino may mean a small country villa, summerhouse, or social club. During the 19th century, casino came to include other public buildings where pleasurable activities took place; such edifices were usually built on the grounds of a larger Italian villa or palazzo, and were used to host civic town functions, including dancing, gambling, music listening, and sports.” (Wikipedia) So, while there may or may not have been gambling at Canfield, its function was much wider that that.  And that function continues today, where the building is available to host a multitude of events. It is also home to the Saratoga Springs History Museum. In front of the Casino the Morrissey Fountain, upon which, legend has it, a red ball was placed if the gambling tables were open.

Cross Congress Street and walk between the Cast Iron Vases that decorate the path. To your left, and a peninsula in the lake, you will see a bandstand built in 1932 to honor the veterans of World War I. You will also find spigots for two of Saratoga’s twenty-one springs. Between the two ponds is the Deer Park Spring, while the Congress Spring tap is under a Greek Revival Pavilion next to Congress Street.