When people think of museums in New York, the city is what usually comes to mind. But sixty-five miles north of the city, in the town of Beacon NY, is one of the nation’s top museums of contemporary art - DIA:Beacon.

The Dia Foundation was founded in 1974, with the mission of “advancing, realizing, and preserving the vision of artists by commissioning projects, organizing exhibitions, and realizing site-specific works” (DIA mission statement). Its early projects included The Lightning Field (1977) and The Broken Kilometer (1979) both by Walter de Maria. In 1987, they opened their first gallery in New York City on West 22nd street, which served as their primary exhibition space. In 2003 DIA:Beacon opened. This museum is now the home of DIA’s permanent collection. 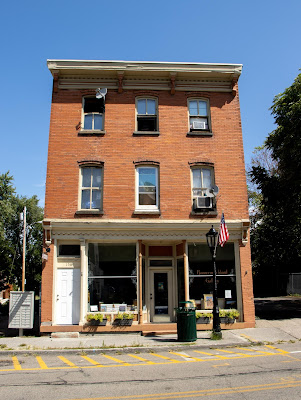 Beacon, New York, was founded in the early 1800’s, as a grist mill town on the shore of the Hudson River, near the mouth of Fishkill Creek. By the middle of the 19th century, the area had industrialized and was known as the “Hat Capital of the United States.” As in many northeastern cities, businesses declined during the 1960’s and 70’s, and almost all of the factories and downtown businesses had closed, leaving many buildings abandoned.

The opening of DIA:Beacon has helped to anchor a renewal of the town’s fortunes. Beacon sits at the right distance from New York City, far enough to keep rents low, and close enough for trips into town for shows and museum visits. Over the past twenty years Main Street has seen a growth of new businesses. Coffee shops and restaurants anchor the street and give life to the new galleries and boutiques that are opening. 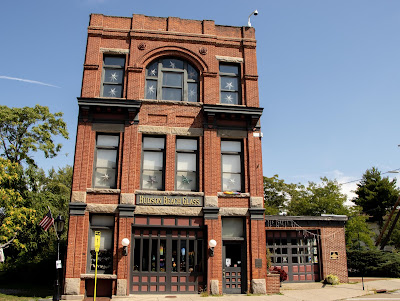 Since my ticket to the museum wouldn’t allow entry until 2:15 PM, I headed to town early, to spend some time exploring. I started at the Bank Square Coffeehouse, at the eastern end of Main Street. After a coffee and a bagel in their beautiful courtyard, I started my walk. Main Street is lined with buildings built in the late 19th century. These have been repurposed for today’s art and tourism markets, for example, the old fire house is not a glass blowing studio and store. 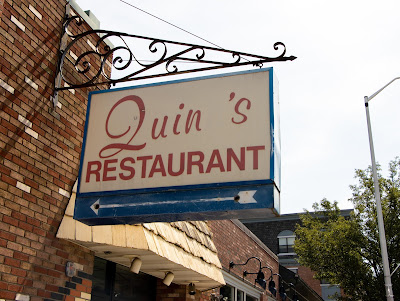 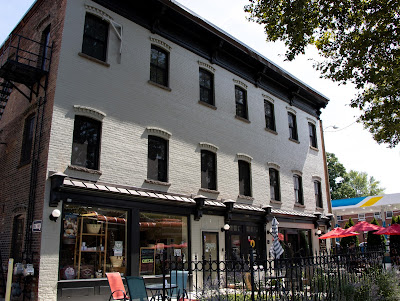 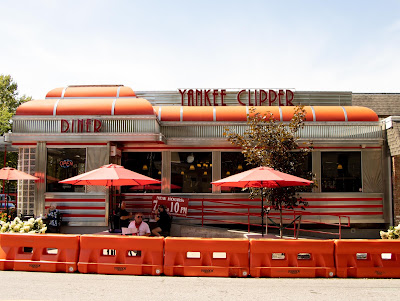 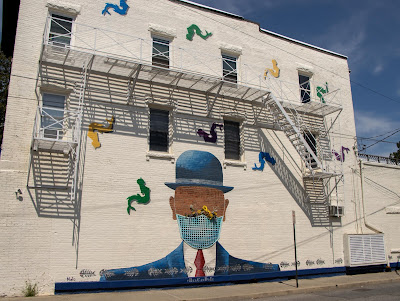 DIA:Beacon occupies a building that served as the box printing factory for Nabisco Co. Because it was a printing plant, it was built with rows of skylights to provide natural light for the printers. They give wonderful illumination for the galleries. DIA’s collection of contemporary and conceptual art, which, to be honest is not my favorite, is shown to its best effect. The front half of the building is dedicated to temporary exhibits, while the permanent exhibits reside in the back, and this is where my favorite exhibit is. Torqued Ellipses by Richard Serra consists of four very large structures made of rolled steel. They were designed for visitors to walk among and to enter as they explore the spaces they create. I have always enjoyed Serra’s work (yes, even Tilted Arc). I find the size and weathering of them fascinating.


There are many things to do outside of New York City. Especially in this time of COVID, having an option to get out of town for the day is welcome.

DIA:Beacon is open Fri-Mon 11AM-6PM. Tickets must be ordered in advance for set entrance times. Entrances fees are General $15/ students and seniors $12/ Visitors with disabilities $12 (free for members and children under 12)