The story of my family’s journey to the United States is fairly representative of those who came from Europe in the early 20th Century. All four of my grandparents made their way from eastern Europe to one of several ports. They boarded a ship and sailed to New York. On arrival, they passed through Ellis island’s processing center. That history has drawn me back to to visit the center several times. 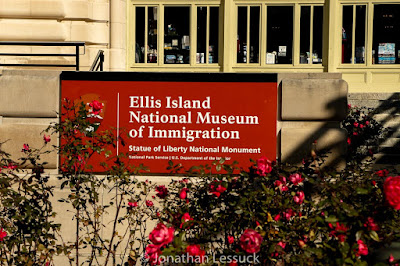 What is today called Ellis Island started off as a much smaller outcropping in New York’s Upper Bay. It was one of three islands that were used by the local Lenape people as a place to harvest oysters, and so was given the name Little Oyster Island. From 1674 through 1790, the island passed through several owners, ending up in the hands of Samuel Ellis. After his death, New York State took control of the island to build part of its fortification system to protect the harbor from the English and French navies.

In 1892, the immigration processing center was moved from Castle Clinton, in lower Manhattan, to a wood framed building on Ellis Island.  During its first year, 400,000 immigrants passed through the center. By 1897 the total have grown to 1.5 million. The island was increased to twice its size using land fill from the digging the first of New York City’s subways. However, in that year the center burned down, in fire whose cause is still not known. 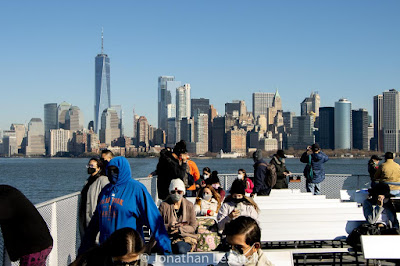 A new center was built, and opened on January 1, 1900. During the next twenty years, the size of Ellis Island was again doubled, to its current 28 acres. The station grew to include barracks and a hospital. In 1924, the immigration center’s mission changed. New laws limited immigration, and the facilities were primarily used as a detention center of those awaiting deportation and for those who needed medical or legal clearance to enter the country.

Much has been written about the experiences of those who arrived at and processed through Ellis Island. I refer you to this page at history.com for an in-depth read. 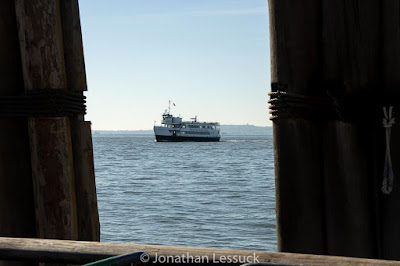 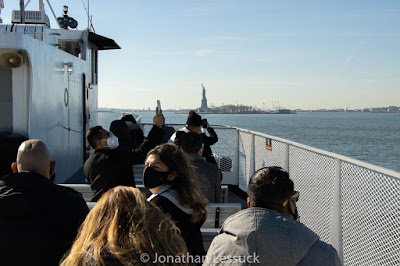 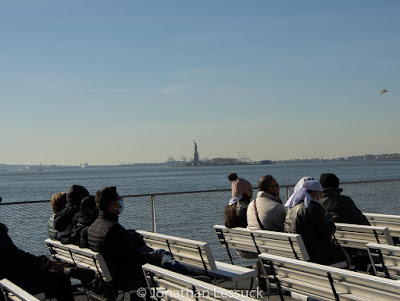 When you visit today, Ellis Island has several exhibits set up to help you explore the experience that many immigrants had. While First Class and Second Class passengers were allowed to disembark on the piers in Manhattan, those in Third Class, or Steerage, were brought to Ellis Island. Ferries would bring them to the front of the main building, just as visitors are brought today. When you enter the main building, you are in the Luggage hall, where travelers were reunited with their bags, and passed through customs. Today this large hall is home to a small store, and information desks. You can also pick up an audio guide, which I highly recommend.Behind the lobby is an exhibit, with the unfortunate title “The Peopling the America” which explores European immigration to the British colonies and the United States, prior to 1900. 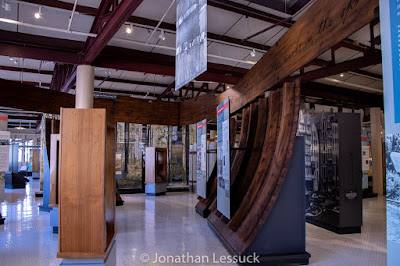 When you have finished on the first floor, head up the main stairway to the Registry Room, on the 2nd floor. This climb was the first chance for doctors to evaluate newcomers. If a person got to the top of the steps and showed signs of physical distress, they could be pulled aside for further examination. 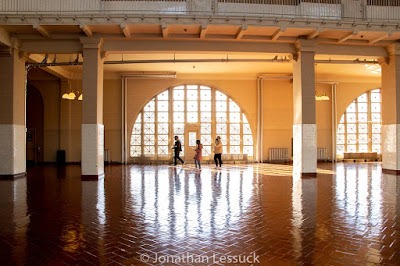 The Registry Room, or Great Hall, is a large open space that was basically a waiting room. Fresh off the boat, people literally stood in line, or sat on rows and rows of benches, waiting to be interviewed. It was here that government officials decided if travelers could enter the country, or if they needed further examination. Most people were allowed in within several hours, especially if they had family waiting for them, or could show that they had money. However, there were several reasons for hold people at the station. Doctors might suspect illness. Also, while no visas or passports were required, an inspector might decide to hold someone on political grounds. Or, if someone claimed that a family member was waiting for them, but they could not be contacted, a person might have to wait. 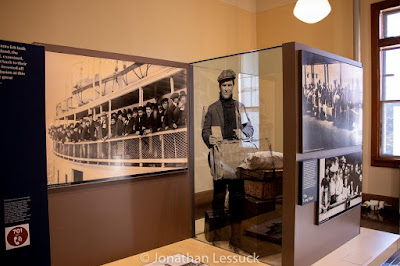 If approved for entry, new immigrants might be met by family members on the first floor. There was also a railway ticket office right there, so when a person arrived with plans to travel on from New York, they could buy their ticket and head straight to the train station.

For those not approved for entry, there was more waiting. Barracks were available, and a hospital for those who might be ill. After 1925, when Ellis Island was primarily a detention facility, these were in constant use, and the Registry Room actually became a place for families to spend their days. If entry was fully denied, travelers were placed back on a ferry, and taken directly to a ship for the return to Europe. 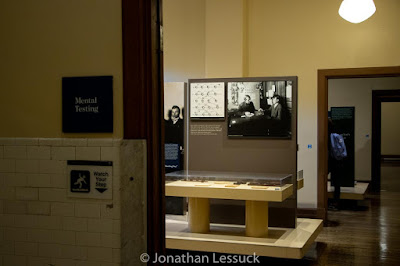 Today, the ferry ride to Ellis Island includes a stop at Liberty Island. You can disembark, and explore the island, although the Statue of Liberty and its museum are currently closed due to COVID. 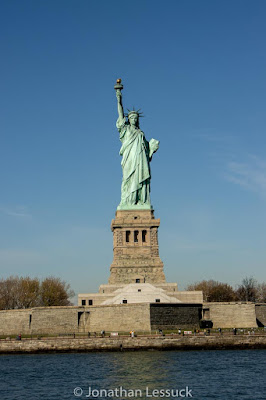 In addition to its exhibits, Ellis Island also is home to the American Family Immigration Center, which includes a searchable data-base of immigration records. 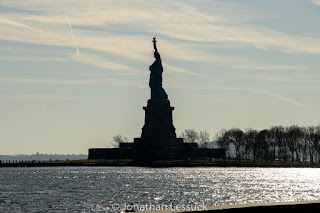 Nuts and Bolts:
Tickets for Ellis Island must be bought in advance, and are timed to specific ferries. The fee is: $19 Adults/ $14 Seniors/ $9 children aged 4-12