National Museum of the American Indian in NYC

The Smithsonian Institute is based in Washington DC. It is a wonderful collection of museums that allow people to explore art, design and history. There is one museum that is different from the others. The National Museum of the American Indian is actually split between two different cities, two-hundred miles apart.

In 1916, George Gustav Heye, an engineer and investment banker, who had been collecting Indian artifacts for over ten years, used his collection to found the Museum of the American Indian. It opened in 1922 as part of the Audubon Terrace complex in the Hamilton Heights neighborhood of New York City. In 1987, Sen. Patrick Moynihan (NY) proposed moving the museum into recently decommissioned Hamilton Custom House at New York’s Bowling Green. At about the same time, Sen. Daniel Inouye (HI) sponsored a bill to create the National Museum of the American Indian as part of the Smithsonian Institute. The goal was to incorporate the Heye collection into the new museum. However, there was one hitch, Heye’s donation required that his collection remain in New York City. A compromise was reached in 1998, in which a new museum would be built in Washington DC, but the Heye collection remain in a branch of the museum at the Custom House.

The Alexander Hamilton Custom House was opened in 1907. It is a beautiful beaux-arts building. U.S. Customs Department moved out of the building in 1972, and it was renovated in 1990 to house The Heye Collection, The U.S Bankruptcy Court, and the National Archives at New York City. Its main entrance is by an exterior stairway to the second floor vaulted entry hall.Past the hall is the Great Hall, a rotunda capped by a large oval skylight. The skylight is surrounded by murals depicting the shipping history of the New York Harbor. The museum occupies the former office space that lines the rotunda.

When I visited, there were three shows on exhibit. Stretching the Canvas presents a collection of paintings done by Native artists from 1920 through the present. They represent a wide variety of artists from many different nations, and in many different styles. 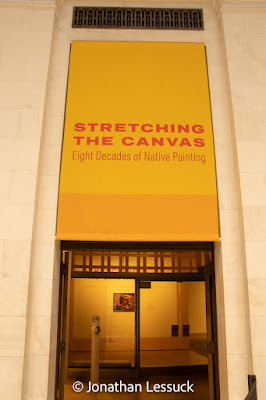 Native New York is an exhibit that explores the history of Indian people in New York State. It details the historical, cultural, and economic contributions of the different nations that have and still live here. It covers the history of people from the founding of New York through today. 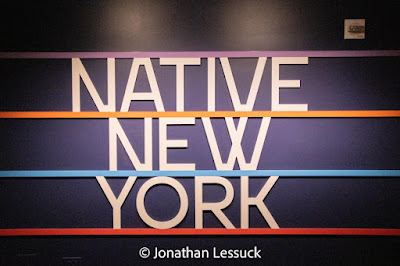 The third exhibit is a rotating show of pieces from the Heye collection titled Infinity of Nations: Art and History in the Collections of the National Museum of the American Indian. 700 pieces from the permanent collection are on display, organized geographically, and exploring the the cultures of different nations. 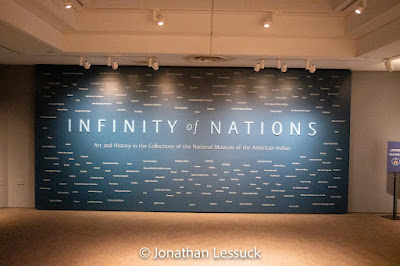 The Heye Collection of the National Museum of the American Indian is a great place to take a short, but fun, exploration into the art and history of Native Americans. It is worth a visit.

Getting There - Several subway lines stop in the area. The 4 and 5 trains at Bowling Green, the 1 train at South Ferry and the R train at Whitehall St.

Hours - Monday - Friday from 10:00 AM - 5:00 PM. The museum is free at all times. Because this is a federal building, visitors must pass through a metal detector, and bags, through an x-ray machine.