We all need a place to slow down

Forcing myself to take a break in my hike through Bairro Alto, I choose the outdoor cafe at Miradouro de Santa Catarina. Sitting above the riverfornt looking down on Cais do Sodre, I am rewarded with a panorama of the Tagus River.

To my right is the April the 25th Bridge. this bridge was designed by the same company that built the Oakland Bay Bridge (see here) but it painted to resemble the Golden Gate Bridge. Originally named after the dictator Salazar when opened in 1966, it was renamed after the Carnation Revolution that removed him in 1974. The name now commemorates the date that the revolution started. 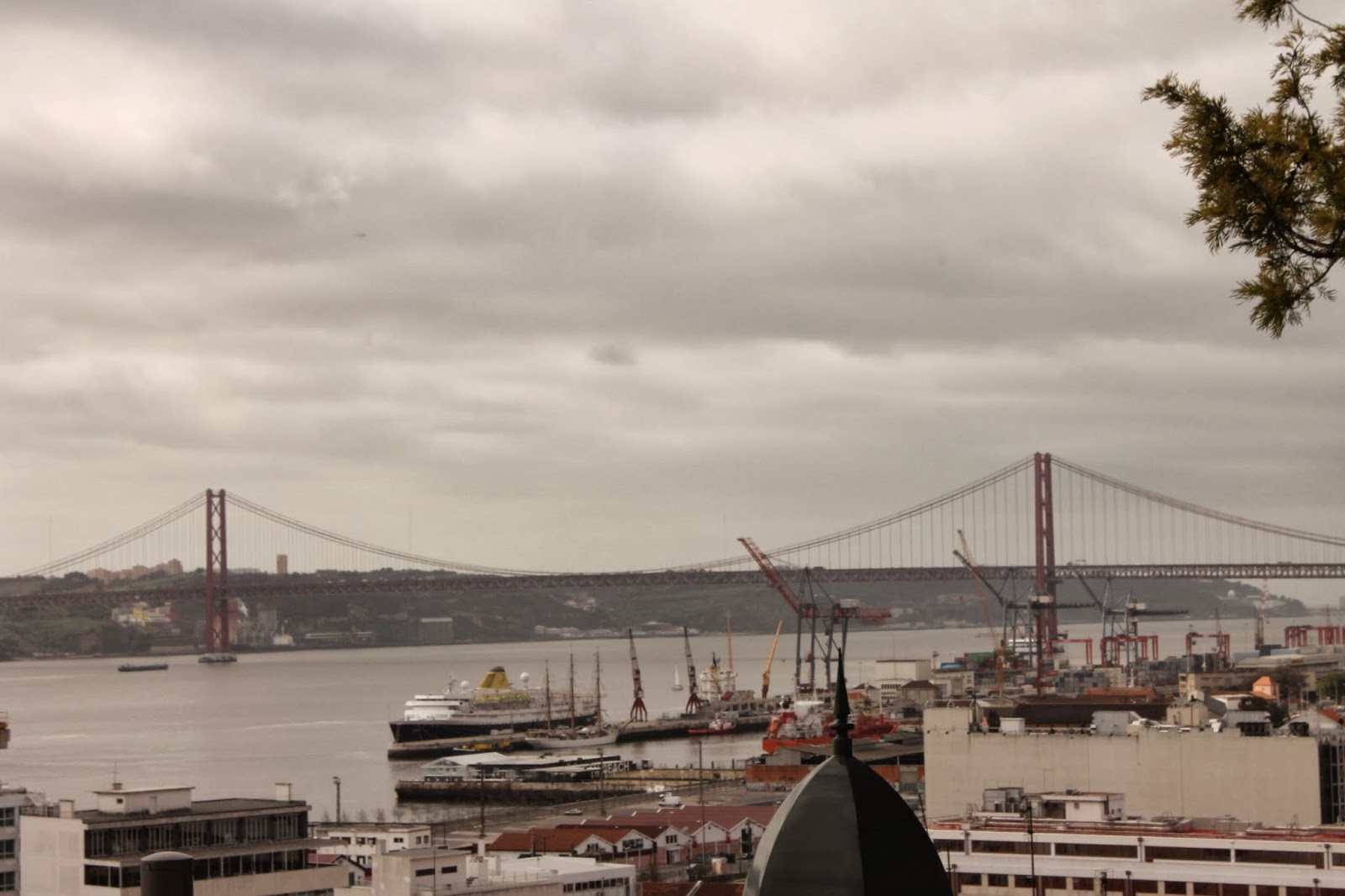 I am struck here in Lisbon, as in many European cities, by the space given to just sitting, thinking and talking. Plazas, squares, overlooks, all were and are considered an important part of civic design. A place to slow down, have an coffee, relax and catch your breath. Visit with a friend. Spend some time people watching. 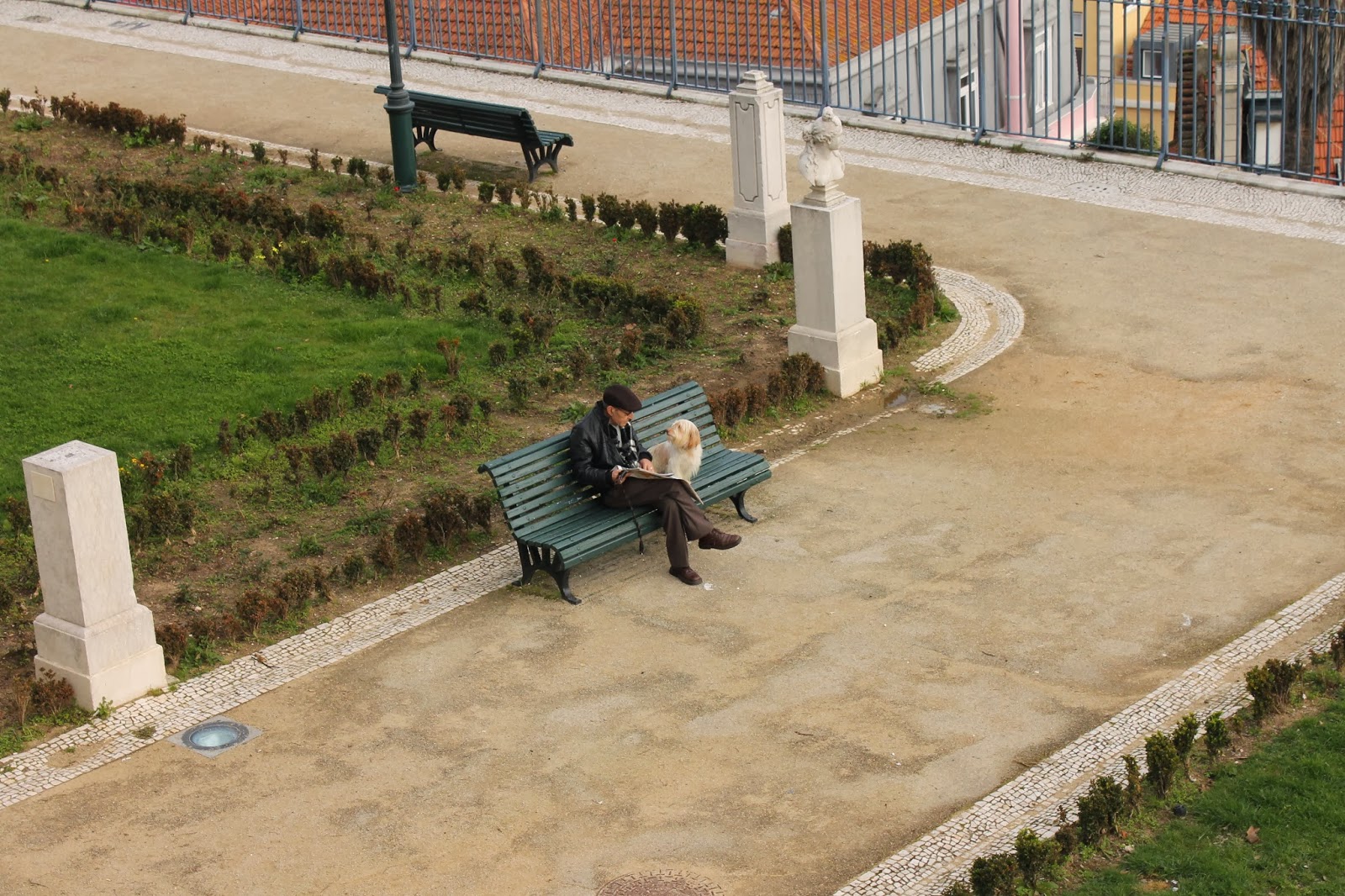 This whole idea is an anathema to the Puritan work ethic that drives the United States. We can't have places like this because, god forbid, someone might actually take a break, "stealing" good money from his employer.

In fact it was only a monetary inducement, tax breaks, that got real estate developers to build the open spaces that in mid-town and downtown New York today. I will give former mayor Bloomberg one tip of the hat - he looked for space to turn into plazas where someone can just sit, talk and people watch.

Anyway, back to Lisbon. This city is filled with places like this. Benches line every open space and plaza. Life can slow down for a cafe espresso. And I can rest my tired feet.
Posted by Jonathan L at 2:20 PM