I recently attended a conference in Boston, and instead of rushing back to the Big Apple I decided to take a more leisurely route, at least for the morning.

My morning started with breakfast at Victoria's Diner. In business since 1949, it sits on the southern end of Massachusetts Ave. I had the eggs and homemade corned beef hash - an excellent choice.

Victoria's Diner sits on an industrial stretch of Mass Av. just north of Dorchester. Travel just a short distance north and you enter into downtown Boston. Continue on passed Symphony Hall and the Christian Science Center with its wonderful Mapparium, a 3 story tall stained glass globe. Continuing on Mass Av takes you into the Back Bay neighborhood. You can then choose to continue on into Cambridge, but this time I turned onto Storrow Drive.

Storrow Drive is a parkway that follows the southern bank of the Charles River. It is a beautiful park with paths for walking, running, biking and also lined with crew houses for rowing. The entire length has wonderful views of Cambridge across the river.


Storrow Drive becomes Soldiers Field Road, and i exited onto US 20 which took me through the towns of Watertown and Waltham. These are old suburbs of Boston, and it was a slow drive on a Sunday morning.

Continuing west on US 20 you reach the beginning of rural Massachusetts. The towns are further apart and the drive is pretty, even in the early spring when the trees were still bare. As you head west it is worth a small detour up to Worcester MA.

Worcester is an old New England industrial town. The industry got its start when the Blackstone Canal was built in 1923 connecting Worcester to Providence RI and the Narraganset Bay. This allowed for the easy shipment first of food and then of output from the mills in Worcester to the rest of the world. While Worcester has almost no industry today it is home to 5 colleges and the UMass medical school, which keep the town alive.

Just on the edge of downtown is Union Station built in 1910. Union Station is a beau arts train station. It has always connected Worcester to world. It is still served once a day each way by Amtrak's Lake Shore Limited. Mostly it is served by Boston's T commuter service. The station, however is a gem from the era when train travel was the way to go. While many cities have torn down these old stations and replaced them with bunker-like waiting rooms, Worcester has invested in fixing up their gem:


Back to US20, which runs south of Worcester, and continuing west you will come to the town of Sturbridge MA. Sturbridge is the home of Old Sturbridge Village, a recreation of 1830's New England farm life. This is where I stopped for lunch.

As I was driving down the strip that US 20 is here, I noticed a sign for B.T.'s Smokehouse, almost hidden behind a Citgo station and general store. Advertising southern BBQ, B.T,'s was packed. I ordered the ribs, pulled pork, slaw and beans. They were all excellent. hickory smoked and full of flavor. The slaw was spicy and beans were not over cooked. This was a great choice of for lunch. 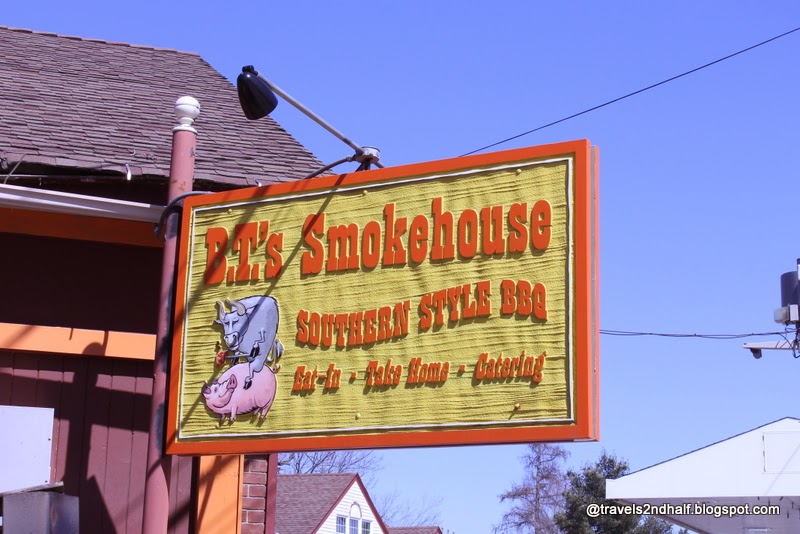 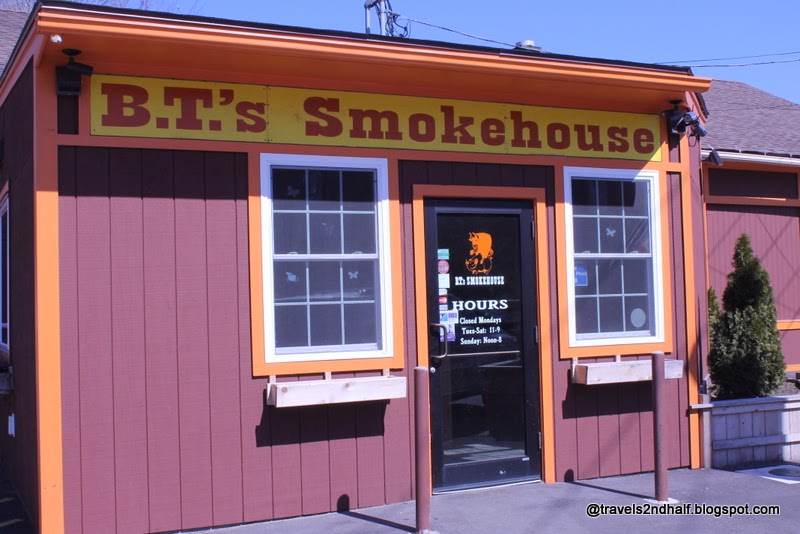 All told this was a great, relaxing morning drive, before I hit the interstate to get back to The Amazing Ms. D.