Walking the Freedom Trail in the Tea-Party Era

I had to think a long time before writing this entry. We live in a time where "The Founding Fathers" are thrown around to justify any right-wing anti-government policy and nut-job. So I had a lot of second thoughts before I sat down to put pen to paper (or finger to keyboard in this case).

But I learned several things during my walk and in doing some research during the past week. Let's start by putting the American Revolution into historical perspective. The era from the 1600's to the 1800's was one of change from feudal societies to capitalist societies. This was a progressive movement at the time. And along the spectrum of the leaders of the American Revolution the Boston leaders were among the most liberal. Many were influenced by the reaction to a movement towards Puritan orthodoxy in the 1760's and then by the arrival and formation Unitarian Universalist congregations in the early 1770's. Read about the history of the UUA here.

The Freedom Trail starts at the Boston Commons and the Massachusetts State House. This "new" state house was completed in 1798. The dome was originally wood, and then covered in copper by Paul Revere's in 1802.

From the Commons you walk north along Tremont Street and pass the the Park Street Church. Don't skip the Old Granary Burial Ground. This cemetery is home to the remains of many prominent early Bostonians and Heroes of the Revolutionary War. These include the 5 men killed during the Boston Massacre, The family of Benjamin Franklin (although not old Ben, who is buried in Philadelphia), Sam Adams, Paul Revere and John Hancock. 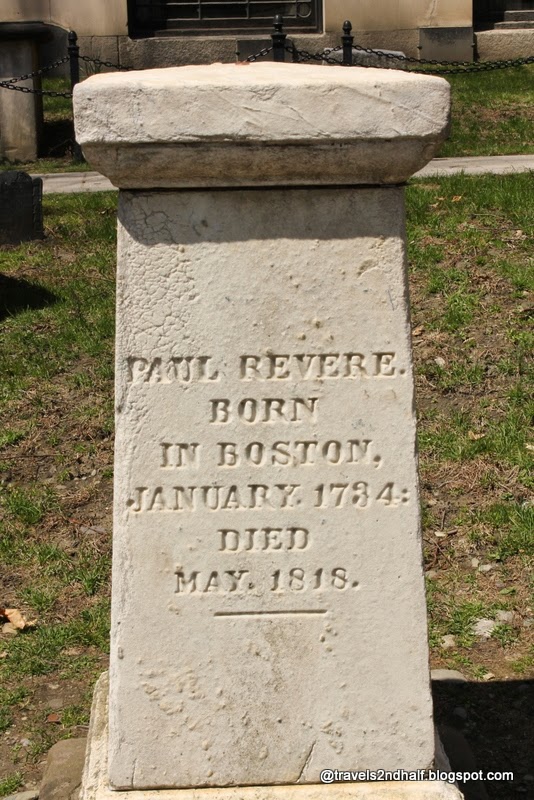 One of the things that I found fascinating is the way the tomb stones were decorated by the families of those "Founding Fathers" whom we are told were so religious. Most of the gravestones are decorated with skulls and deaths heads: 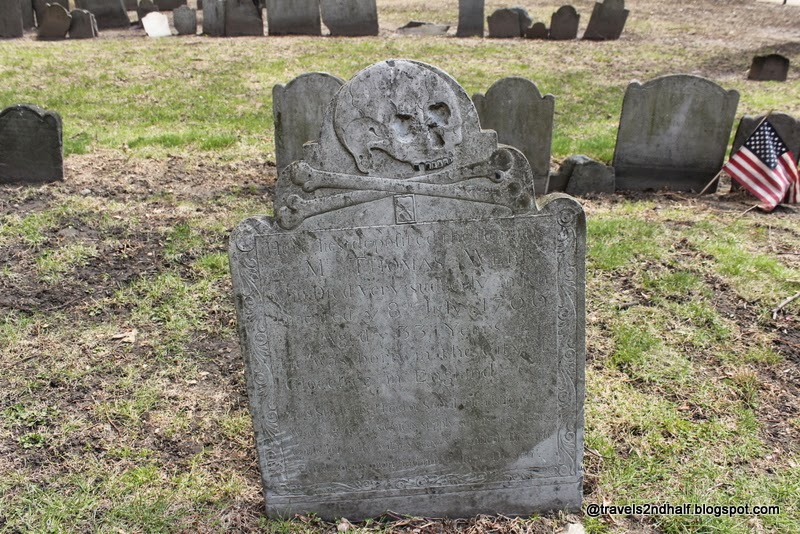 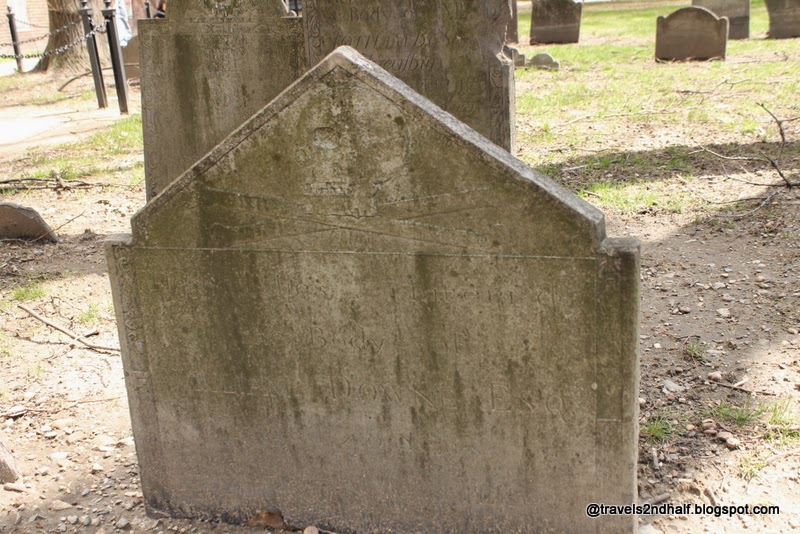 That's right - a christian burial ground with no cross to be seen. Now some of the stone do have cute little cherubs: 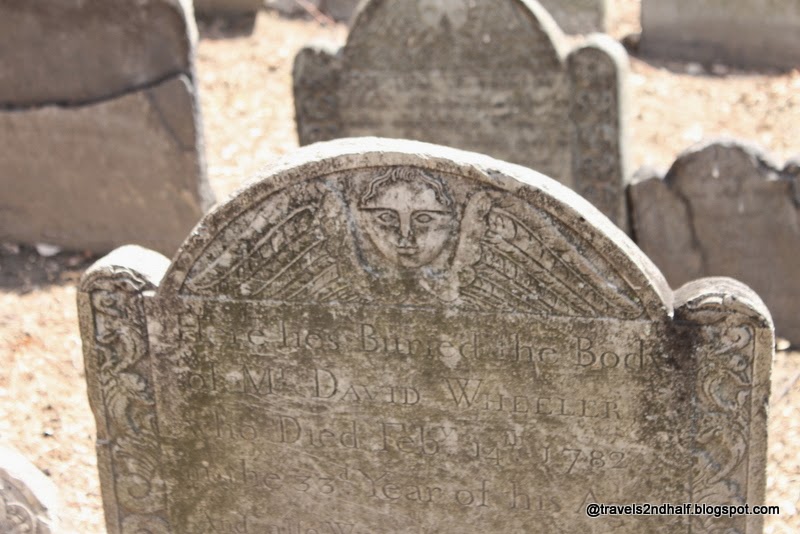 Remember this the next time someone starts to talk about the religion of those who wrote the Declaration of Independence and the Constitution.

Continue following the Red Brick path of the Freedom Trail past the King's Chapel:

You will get to the Old South Meeting House -

The Old South Meeting House was built in 1729 and served as a Congregationalist Church until the  congregation moved to new digs on Copley Square in 1877. It was the spiritual home to Samuel Adams, Ben Franklin and Phyllis Wheatley. It also served as the meeting place for the organizers of The Boston Tea Party.


A lot has been written about the Boston Massacre (1770). What is clear is that a group of colonists confronted a British soldier who was guarding the Old State House. This was possibly at the instigation of Samuel Adams. Words were exchanges, rocks and ice balls were thrown at the redcoat. When more soldiers arrived the situation escalated leading eventually to the murder of 5 unarmed men, including Crispus Attucks - the first African American killed in the Revolutionary War.

Continuing on to Fanieul Hall and Quincey Market - These buildings contain a large food court and many shops spreads among 4 buildings. This can be a nice place to grab lunch, although it is always crowded, there are plenty of places to sit outside if you use the food court, and many good restaurants.

The next stop is Haymarket Square, where there is a fruit and vegetable market on Fridays and Saturdays.

From here you cross the Ethel Kennedy Greenway. This park sits over the "Big Dig" tunnels. This underground highway system replaces a maze of elevated highways that used to divide the North End and the Waterfront from downtown Boston 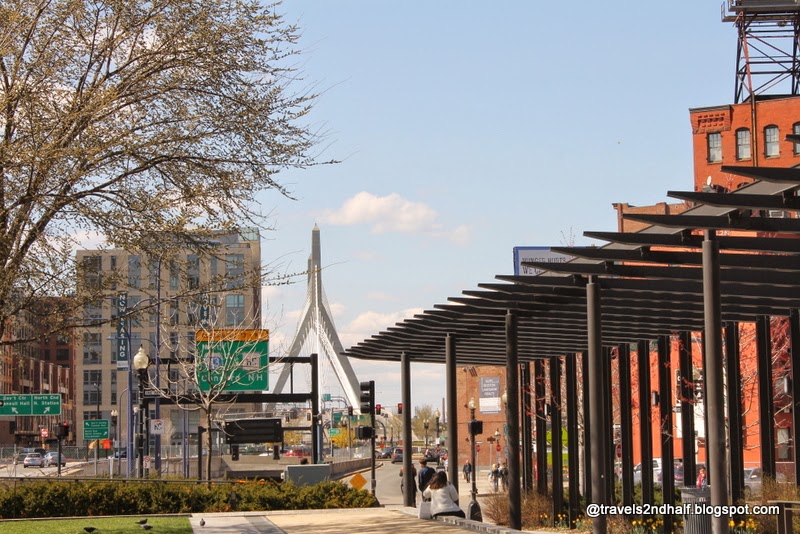 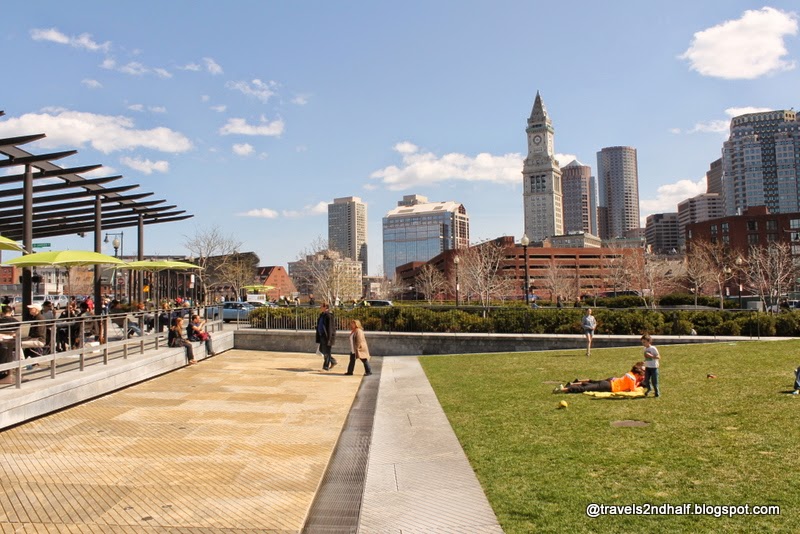 The Freedom Trail now crosses into the North End. Today this is Boston's Little Italy. There are many restaurants and gelatoria's, but my favorite food are the fresh made canollis. I find that the North End is one of the most European looking neighborhoods in the United States, although my mother votes for the West Village in NY.

The North End is also home to Paul Revere's Home and the Old North church, where lanterns were hung to tell Paul Revere how the British were going to advance on the night of his famous ride.

Almost to the end of the Freedom Trail, it is now time to cross the Charles River and climb Bunker Hill


Walking the Freedom Trail is a day going back through history. There is a fascinating truth behind who the leaders of the Revolutionary War were and what they believed. This walk through the past is worth the trip.