As I wrote in my last post, I am a graduate of the City College of New York. And despite wondering what I missed by not going away to a large university, CCNY will always feel like home. I grew up in New York and have lived here my whole life, and City College really represents the New York I love. It is truly a cross section of the city.

I started college in 1979 at The Cooper Union, a small, elite engineering/art/architecture college in Greenwich Village but I never really felt comfortable there. I quickly learned that while I loved studying chemistry, I really hated engineering courses. I also really didn’t fit in. The students were almost all white, suburban kids who viewed their studies as a fast path to a big paycheck. Even worse, Cooper Union is the first place that I had to deal with the casual racism that exists. . I grew up in the very integrated Upper West Side of Manhattan and in a family that celebrated diversity and actively fought against racism. I remember sitting in the student lounge and over hearing other students using racial epithets to explain why they didn’t watch basketball. So after three years I transferred to CCNY. At City I felt like I was back where I belonged. An integrated campus of students from many backgrounds. Walking into the cafeteria was like walking into the United Nations. There was a heavy West Indian presence, both students and workers, in the old cafeteria in Shepard Hall. I can’t think of another college that routinely served curry goat and rice and peas. There was also a thriving left-wing/progressive movement on campus.

CCNY has always been a college that is open to everyone. Back in the first half of the 20th century many “elite” universities didn’t admit Blacks, Jews, or many working class students. City College did, so much so that it was known as “The Harvard of the Proletariat.”  My father went to CCNY in the late 1940’s. At that time the student body included many veterans returning from World War II. There were so many veterans that that CCNY had a dormitory to help with the post-war housing issues. This dorm was at the center of one great example that shows the inclusiveness, cohesiveness and social activism of the student body. The professor in charge of the dormitory tried to segregate the floors of the dorm by race. This along with anti-Semitic actions by another professor, triggered a school-wide strike.

City College was founded in 1847 as The Free Academy of New York. It was founded to provide higher education to children of immigrants and the poor. City College moved to its current campus in 1907, and its gothic buildings were designed by George B. Post, who also designed the New York Stock Exchange. The campus consisted of 6 buildings centered on a quad. Those buildings, making up part of the North Campus, are still there today.

Also on the North Campus are the Marshak Science Building and the North Academic Center. The NAC wad designed in the 1970’s and opened in 1982, my last year as an undergraduate. It opened to a lot of controversy. First, it is huge. It stretches from 135th street to 138th street, and became the home to almost all of the college’s liberal arts departments. Second, it is industrial. Classes were moved from the beautiful gothic buildings to a buildings of metal and cinder block. Thirdly, it was poorly constructed. It opened, and immediately there were leaks in the roof and problems with air conditioning. Nobody liked it. But I have always thought that there are areas of beauty to the building. 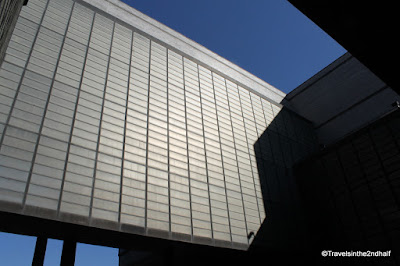 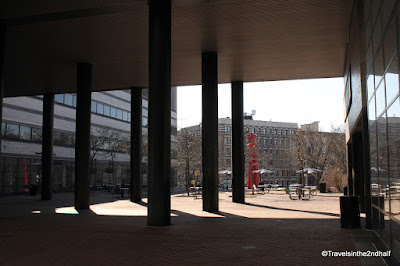 In the 1950’s CCNY bought the Manhattanville College of the Sacred Heart, which was on the site of former Catholic Convent just south of the campus. Today, only one of the original buildings of South Campus is still there, but it is now a public school. South Campus today is collection of modern class buildings, performance spaces and two new dormitories. These include the School of Architecture and Aaron Davis Hall. 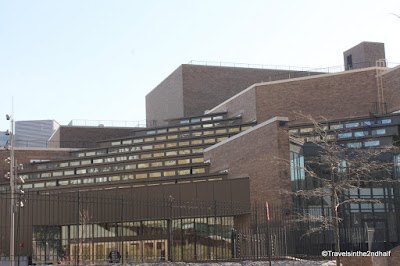 While visiting the campus, I was directed to a small hill behind the Architecture building. There I found a field of grotesques. When the campus was built its gothic buildings were decorated with over 600 grotesques. Over the years these have had to be replaces as they became damaged. They were taken off of the buildings and re-cast, with the new versions placed on the buildings to watch over the students. Many of the originals have been lost, but several hundred pieces are now resting on this hillside. 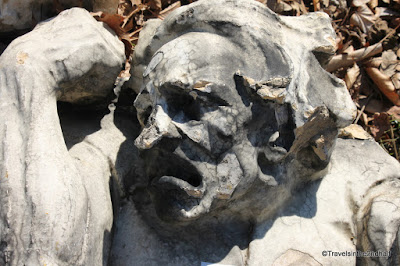 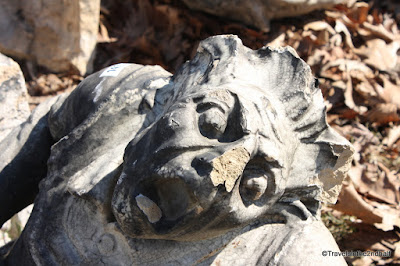 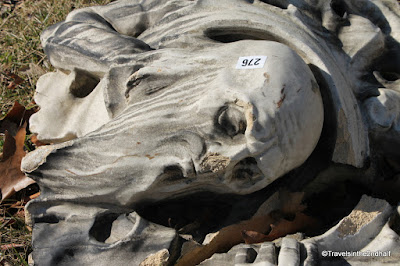 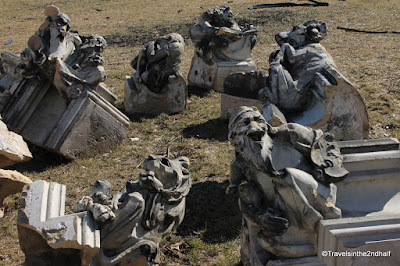 So yes, City College is some place that I still feel at home, whenever I visit the campus. In fact I call myself a triple alumni. I received my BS in Chemistry and my MA in Education from CCNY. I also attended a year’s worth of matriculation there when I took a sabbatical from teaching. I wish that they had more “big college” alumni events, and more of a way to feel part of the campus.