The Lake Shore Limited - Train travel from NYC to Chicago


Let’s start here – a roomette on an Amtrak train is small, maybe 3’ x 6’. So you are going to be very cozy with whomever your traveling partner is. That being said, it is your space, so enjoy it and make it yours. Stow your gear and get comfy. Having your own space is much more comfortable than the bustle and noise of coach seating. The Amazing Ms. D. and I got to do just that on the first leg of our journey – The Lake Shore Limited from NYC to Chicago. 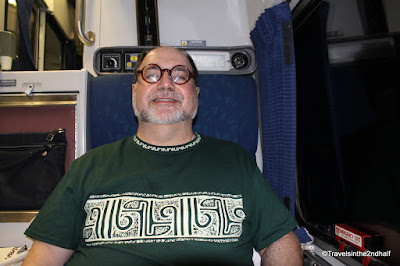 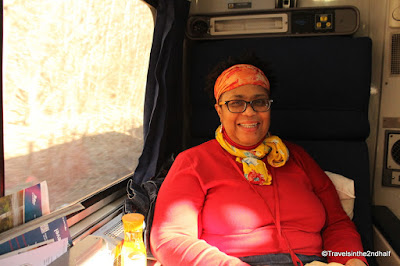 The Lake Shore Limited is one of my favorite trains. It travels from NYC up the Hudson River to Albany. In my opinion this is one of the most beautiful train rides in the country. The route was originally run by the NY Central Railway as the Exposition Flyer and started in 1893. Its original advantage over other routes was that it is a “water level” route. It follows existing rivers, canals and lake fronts, which means that there were no mountains to get over. It was the original flagship service of the NY Central, until the line started the 20th Century Ltd. In 1902. The Lake Shore and the 20th Century were a big part of NY Central’s competition with the Pennsylvania Railroad for passengers. Unlike today’s airlines the trains competed by adding amenities and making travel as comfortable and fast as possible. NY Central discontinued the service in 1956. Amtrak restarted it in 1975 and it is the only way to go from NYC to Chicago by train without having to change trains.

Now you might be asking “Why bother to take the train?” Well, The Amazing Ms. D and I have reached a point where we enjoy slowing down, and train travel definitely slows you down. No rushing through security, no spending an hour in line. The train gives you a chance to relax and reflect. You get a chance to see the country you are passing through. Riding up the Hudson I can imagine what it might have been like taking this route 100 years ago. You can still see many of the old factory buildings, some abandoned, some re-purposed, a few still going. All along the Hudson there are abandoned small buildings that used to serve some purpose for the railroad. 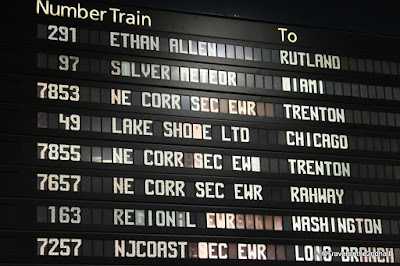 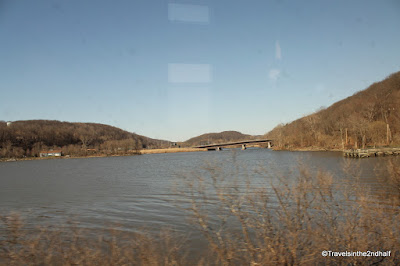 The trip from NYC to Albany takes about 2.5 hours. Albany is a long stop, at least 45 minutes. This is where the Boston leg of the Lake Shore Limited joins up with the main train. The reason that there is so much allotted here, is that they used to actually connect the equipment from Boston to the NY train. Now they just transfer passengers, but they have left to time in the schedule. Take advantage of the time to get off of the train and stretch your legs. The station was rebuilt in 2002 and offers a coffee shop, newsstand and post office.  If you don’t mind eating a little early I would suggest taking dinner in the dining car on the way to Albany. It is not busy, and you can eat and enjoy the scenery (think Cary Grant and Eva Marie Saint in North by Northwest). The dining car closes down when you get to Albany and after that point you competing with the passenger from the Boston leg of the train, who have only had a club car for the past 6 hours.


The Sun was setting as we left Albany and started heading west along to Mohawk River. The train started to go into night mode. The hallways quieted down, and around 9 the car attendant came and converted our roomette into its two bunk beds for sleeping. We settled in and fell out. Now, if you are like me, it is the change of motion that wakes you up. So during the night I slept well, but I woke up for the extended rest stops in Cleveland (3AM) and Toledo (6AM). After a quick shower (there is one in the sleeper car) we headed for breakfast. We ate and watched the sun rise over the fields of Indiana.  One thing that I really like about taking the train is that overnight your view of the country changes. From the Hudson River valley to farms of the mid-west. 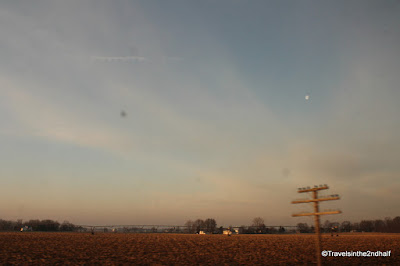 We rolled into Chicago a little early, passing through the huge train yards, with the Amtrak trains, freight trains and commuter rail trains coming entering, leaving or just sitting around. We packed up our bags and headed to the “Metropolitan Lounge” a separate waiting area for passengers who have booked sleeping accommodations to wait for the next leg of our trip – The Southwest Chief to Los Angeles.
Posted by Jonathan L at 5:25 PM