Today was the shortest distance I have driven so far, but it took the longest time. There was a lot to see along the way.

I was last in Flagstaff 20 years ago. It was a dismal depressed town in which nothing was happening except around Northern Arizona University. Today it has a bustling life. A friend of mine said they hated it because they felt it too touristy. Yes its economy is based on the tourist trade, but the town is not the tacky tourist trap of tee-shirt shops and fast food. In the past 20 years the town of Flagstaff has totally redone the downtown area. Let's start with the centerpiece - Heritage Square:


Heritage Square has replaced a dirt parking lot and has become the center of hanging out and spending an evening outside. 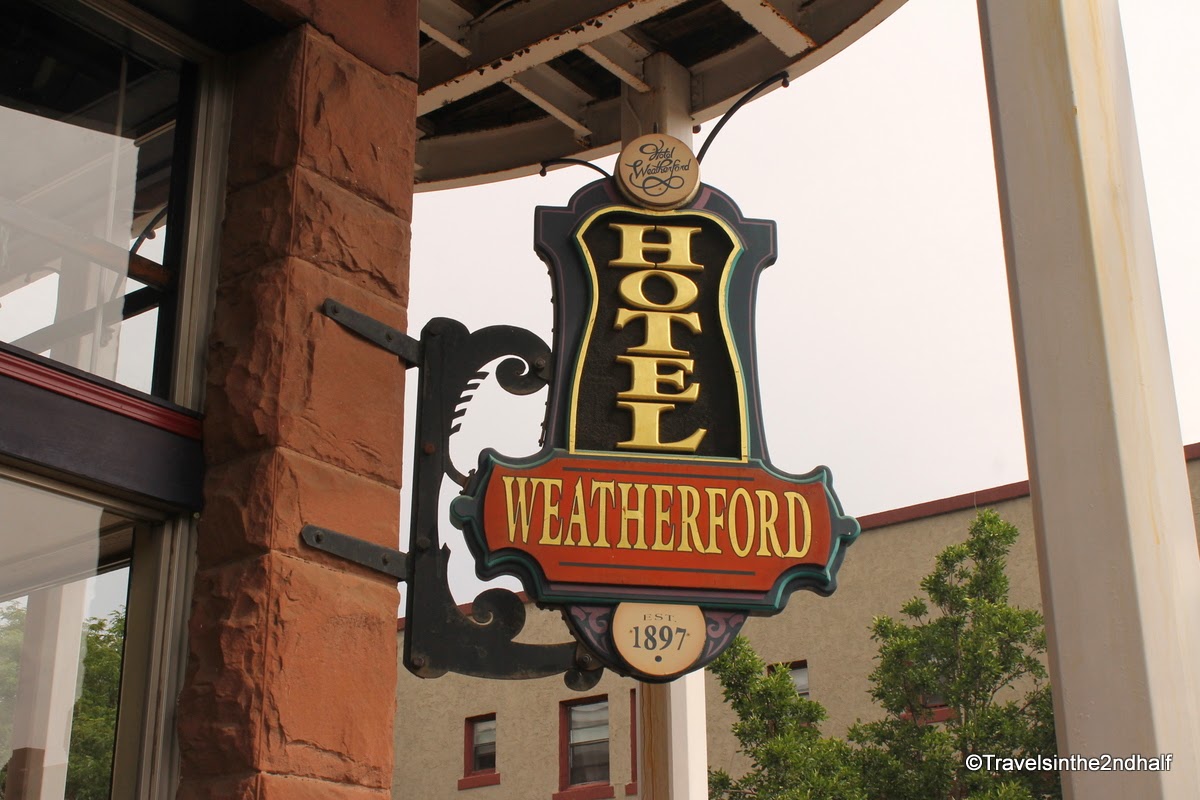 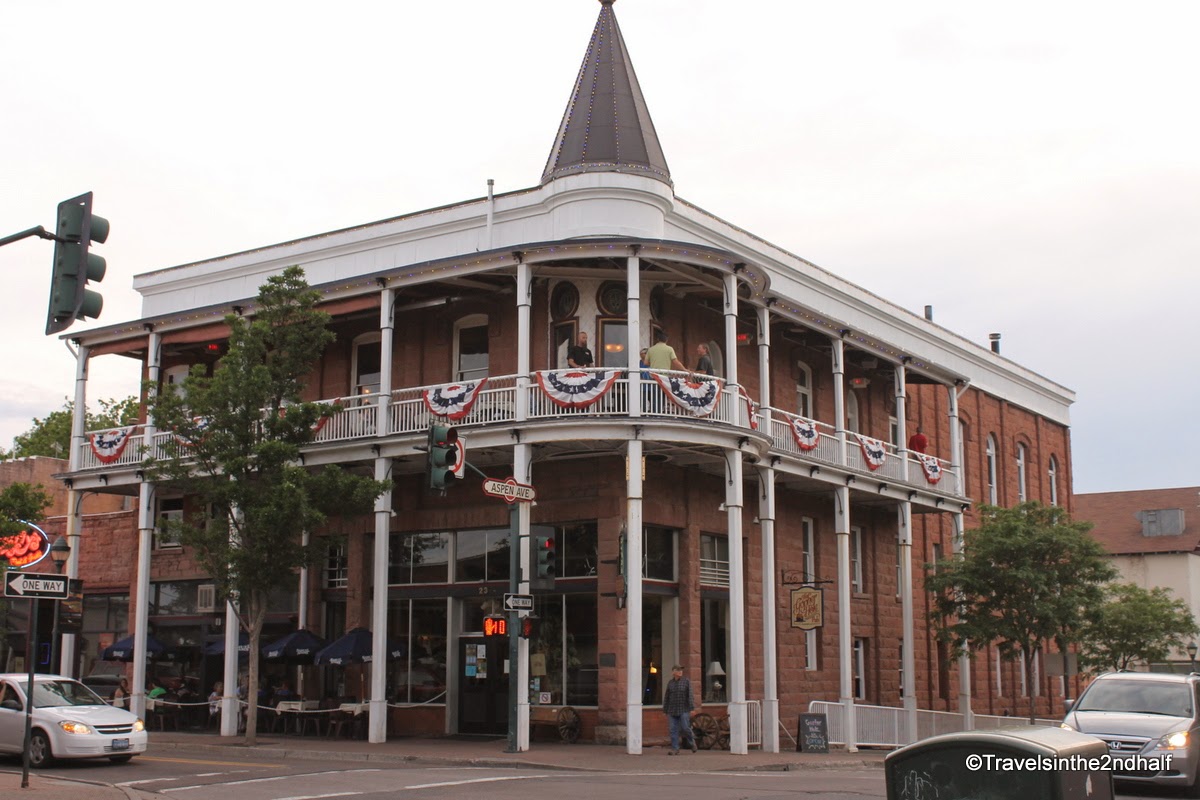 Diagonally across from Heritage Square is the Weatherford Hotel. This hotel dates back to 1897 (see its history here.) One personal piece of history, when The Amazing Ms. D and I first came to Flagstaff we had a reservation of the Weatherford - then operating as an International Hostel. I looked run down and we opted for a nearby BnB. Today the lobby is beautiful and it house 3 bars and live music 7 nights a week.

This morning I went to the Flag Buzz Coffeehouse for a cappuccino before I started my trip. The coffee was great and the service was friendly - Scotty was my barrista and we talked about what brought us both to Flagstaff. Go in the morning and say hello to Scotty.

5000 years ago a meteor landed in the Arizona desert leaving a crater the today measures 1 mile across, 2.4 miles in circumference and 550 feet deep. Today you can visit the crater at Meteor Crater Arizona. The entrance fee is a little steep ($18 for adults) but they have a very good educational museum and film along with guided tours every half hour.

In 1977 The Eagles put Winslow on the map. Well at least into their song Take It Easy. Since then eagles fans have trekked to Winslow to stand on that corner and wait for the girl in the flat bed Ford. 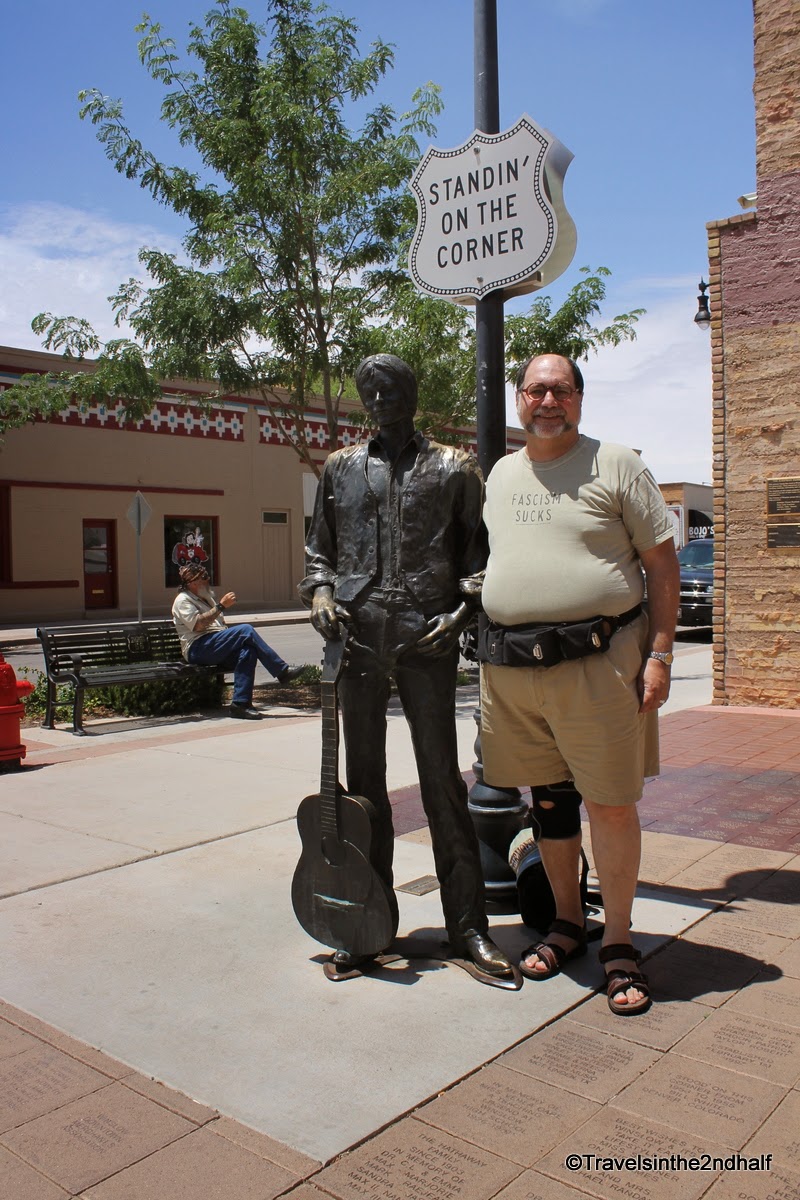 Many people who have visited Arizona are familiar with the Wupatki Ruins near Flagstaff. Once the home to Anasazi people, it was abandoned around 1000 years ago. When they left Wupatki, many of them moved to Homol'ovi, just east of where Winslow is today. This made was a good spot - hill top and near the Little Colorado River, it was a thriving site with over 1200 structures in 3 places.


Unfortunately this site has been decimated over the years by "pottery thieves" digging up the ground, ruining the integrity of the site, and insulting the religion of the decedents of the Anasazi - the Hopi.

My last stop of the day (before getting to Gallup) was the Petrified Forrest. For those who don't know petrified wood is a fossil of driftwood. Several million years ago these trees fell into rivers and were carried to bottom of a sea. They quickly were covered by silt and sand so that they were not affected by bacteria and did not decompose. Instead they became filled with water containing different mineral. The minerals crystallized and replaced the structures of the tree. Iron compounds formed red colored stones, magnesium compounds formed black ones and calcium compounds formed white colors.

I took a lot of pictures. Here are a few. I will put up the rest as a separate entry later. 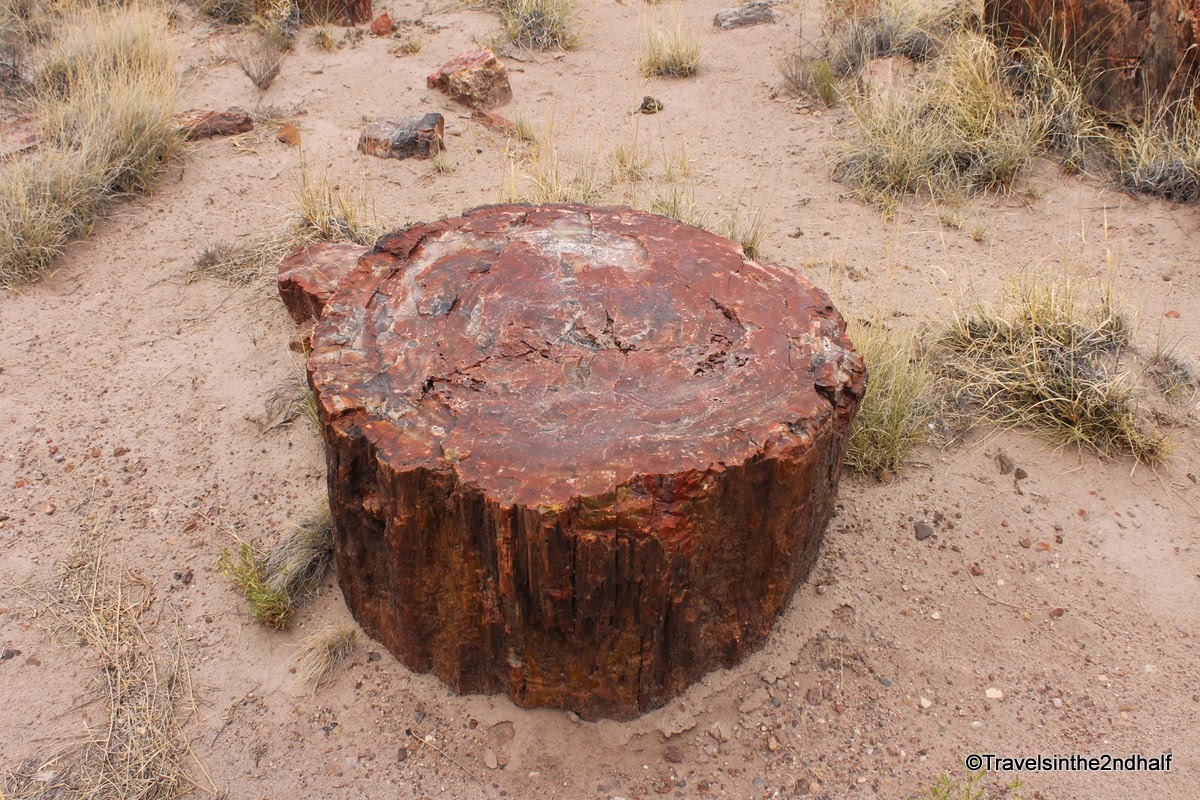 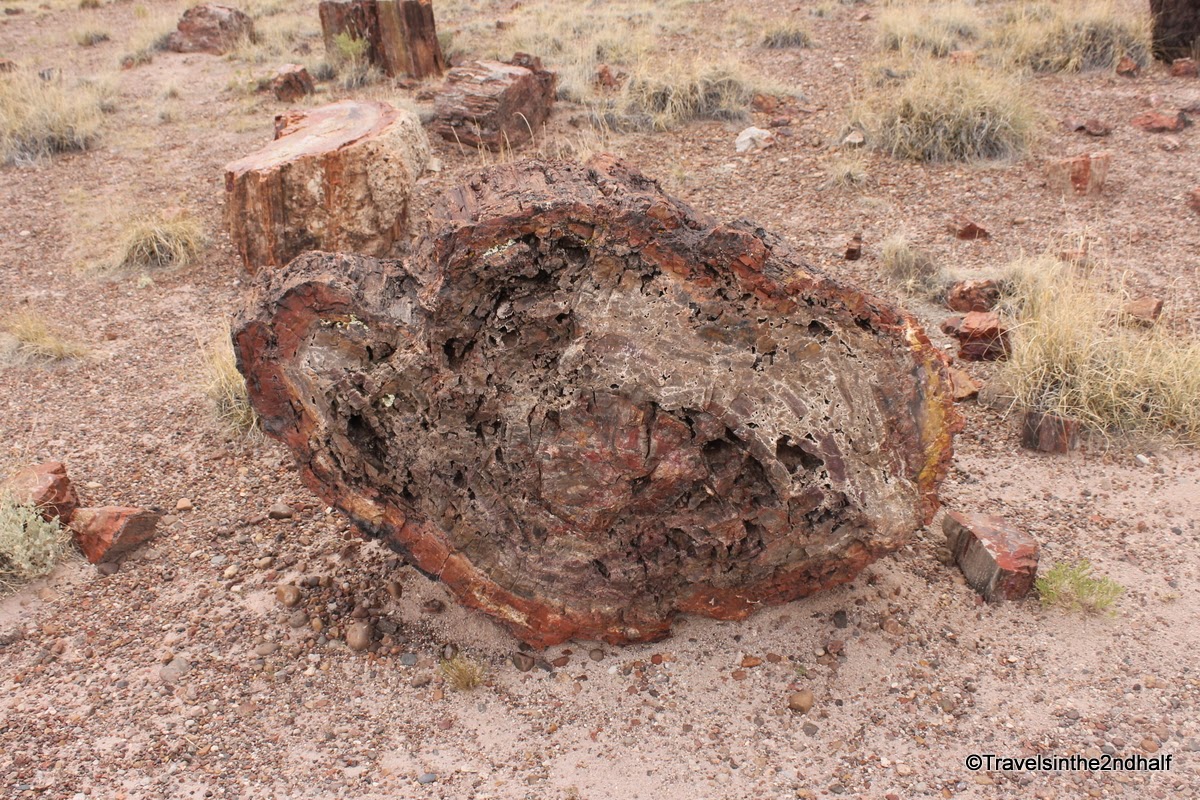 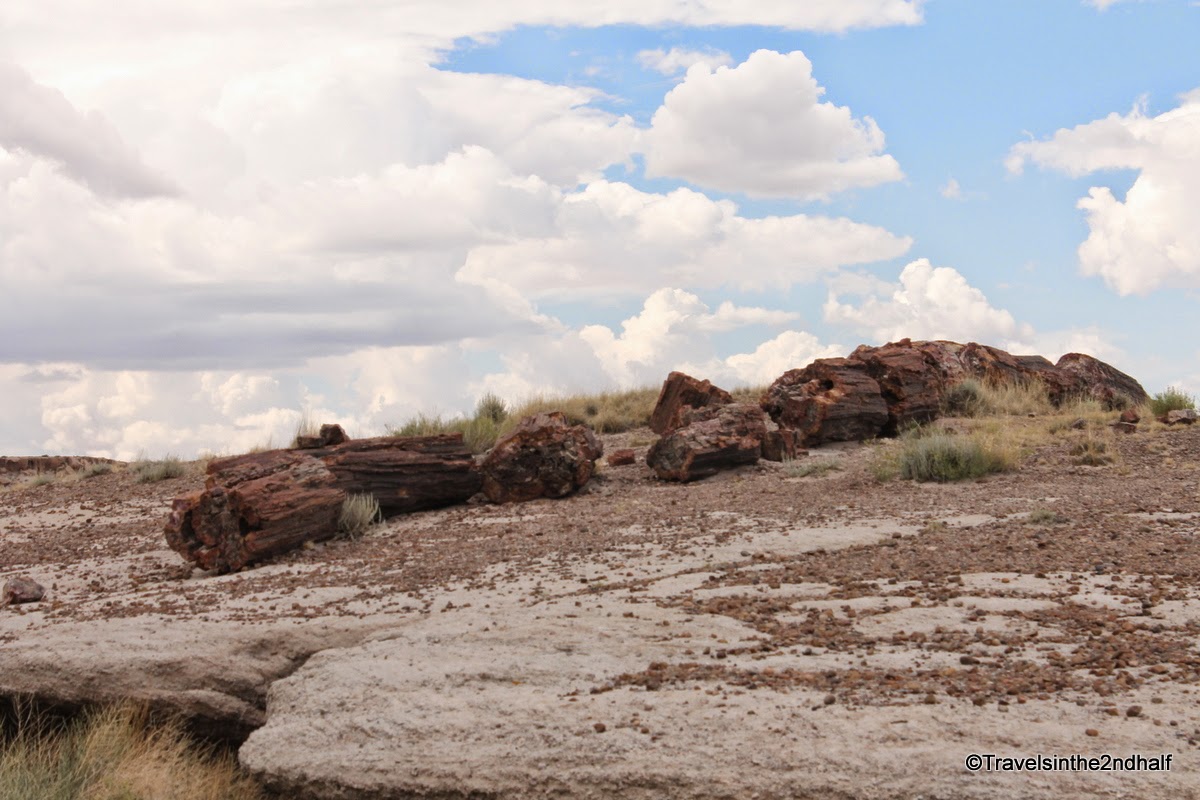 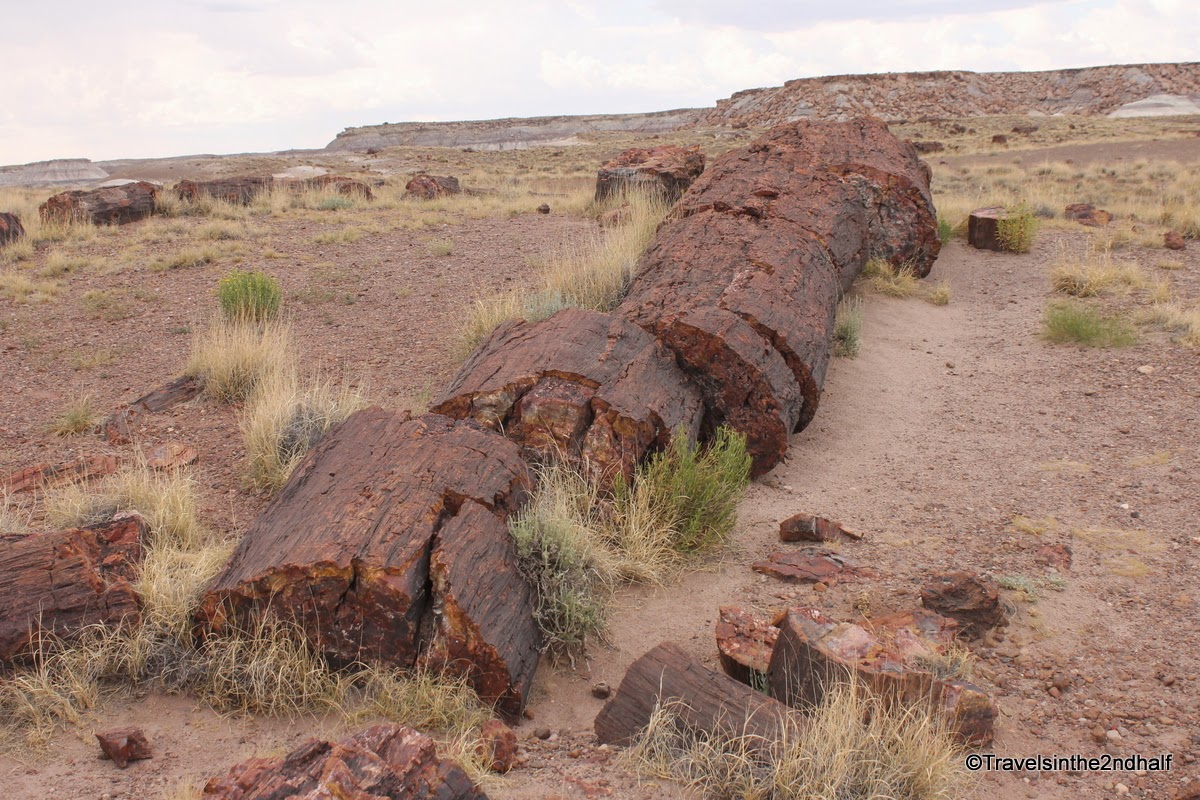 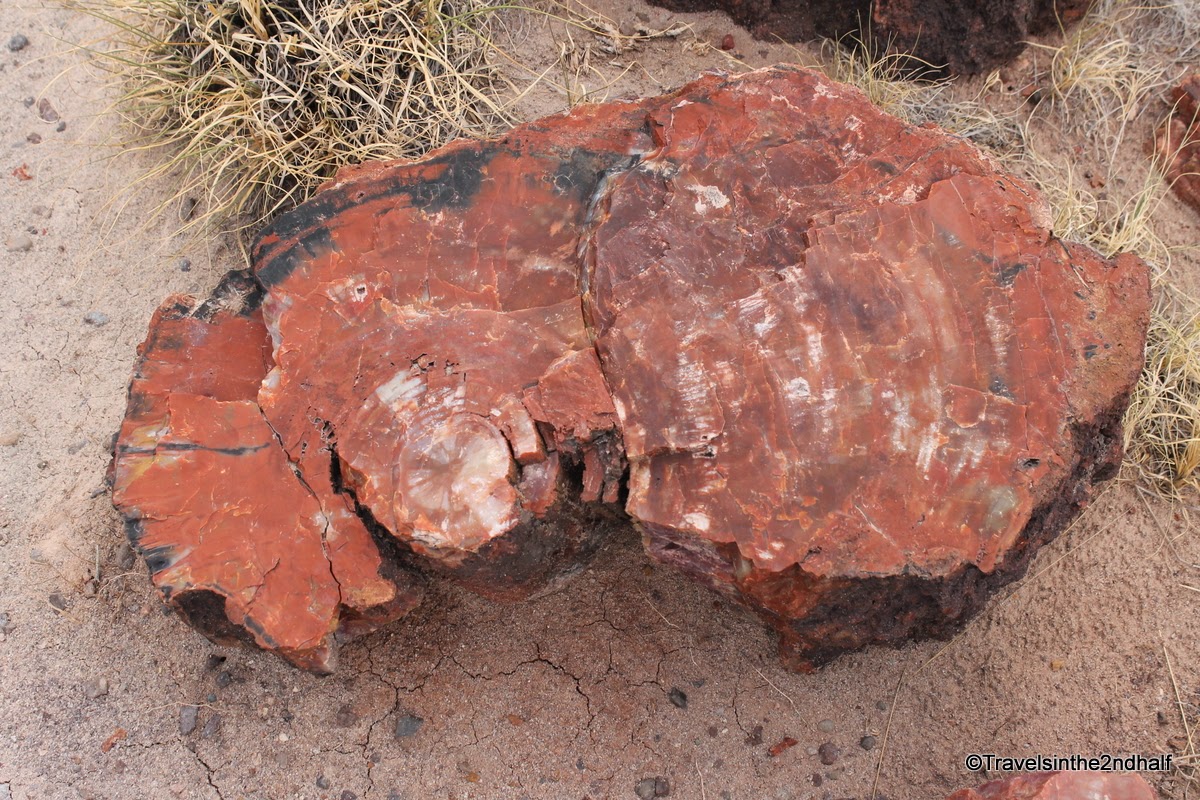 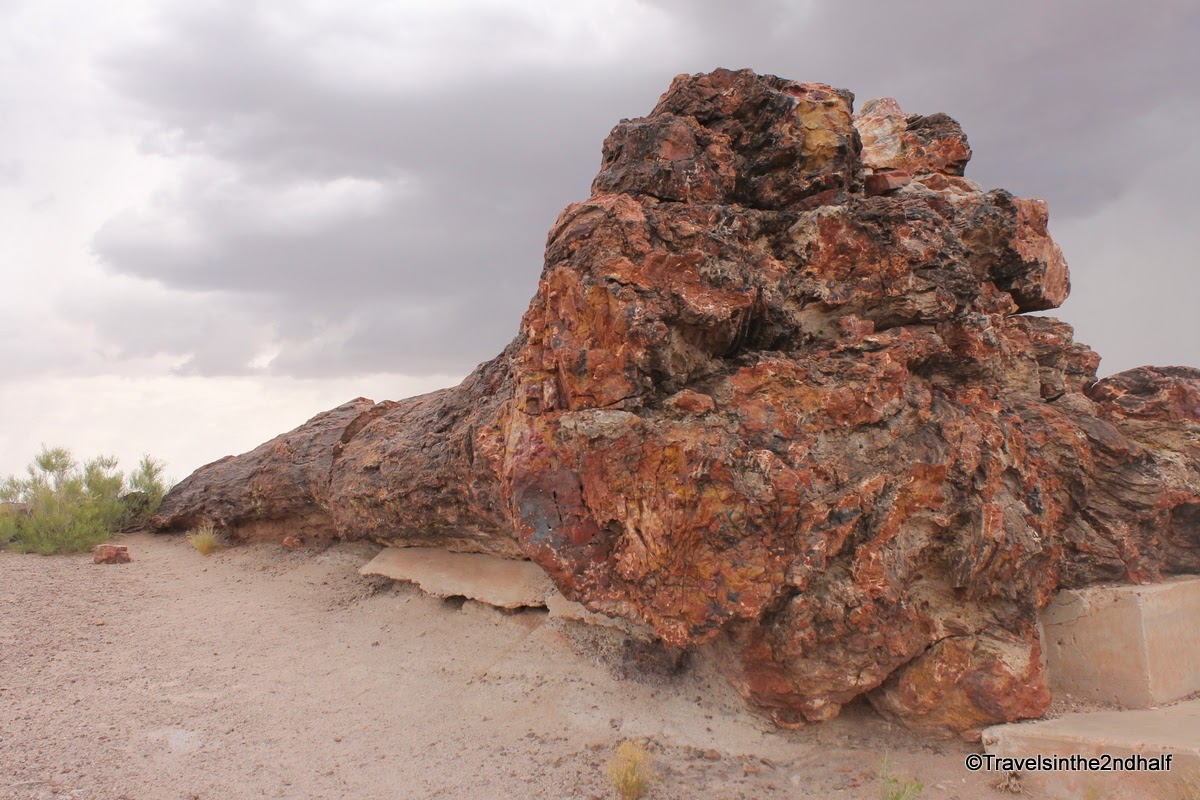 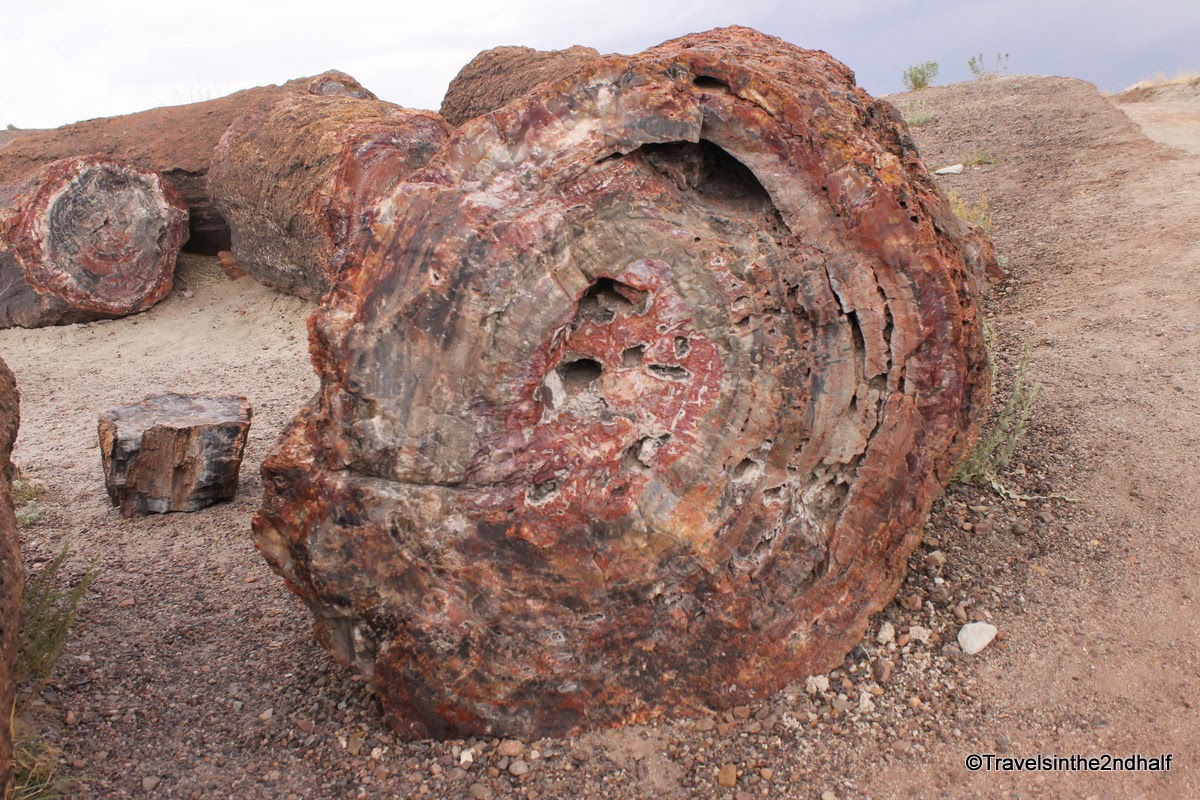 This area is also called the Painted Desert,  because the erosion of land has exposed rocks of many different colors, as if someone had taken a paint set and painted stripes across the landscape 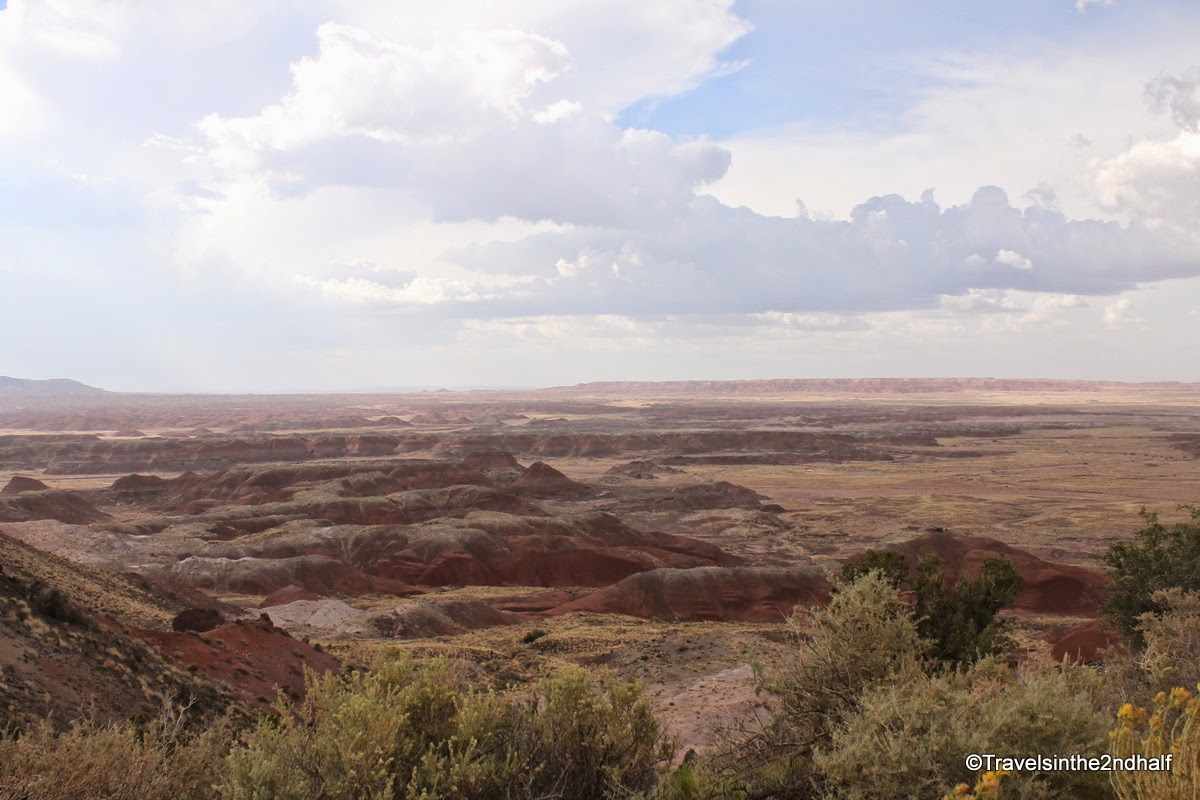 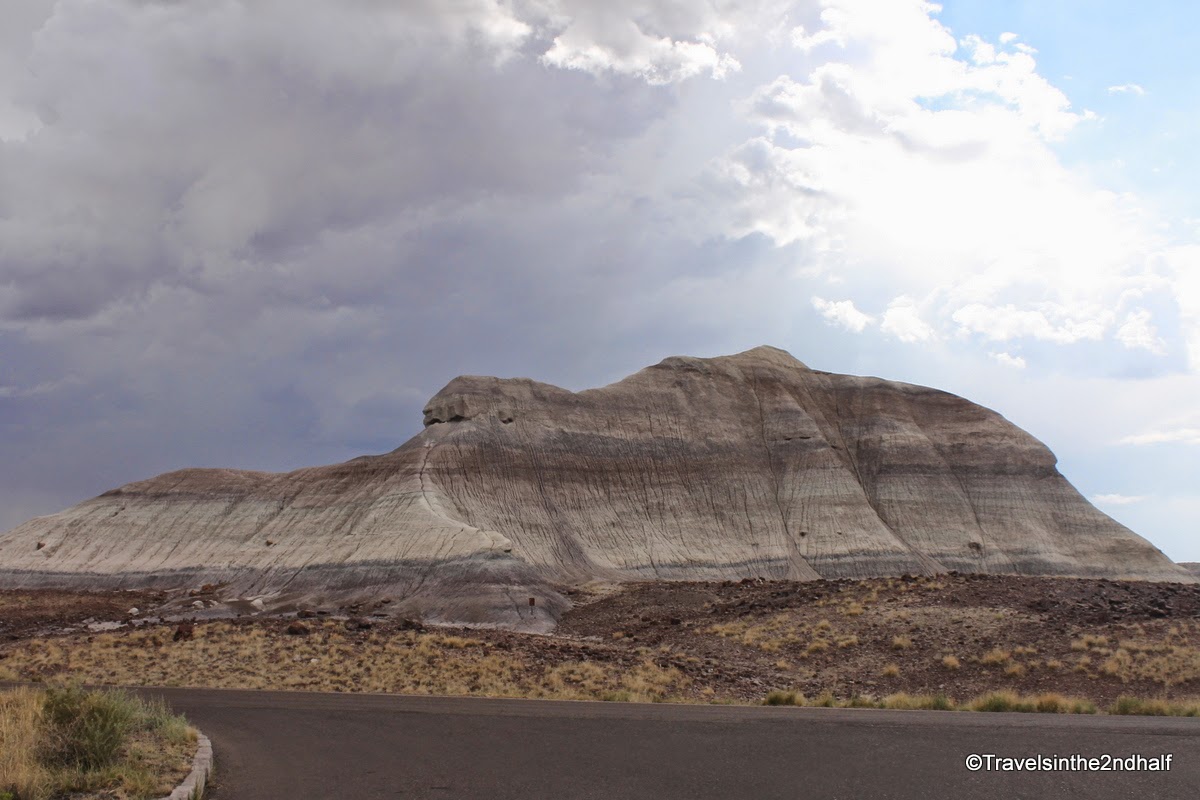 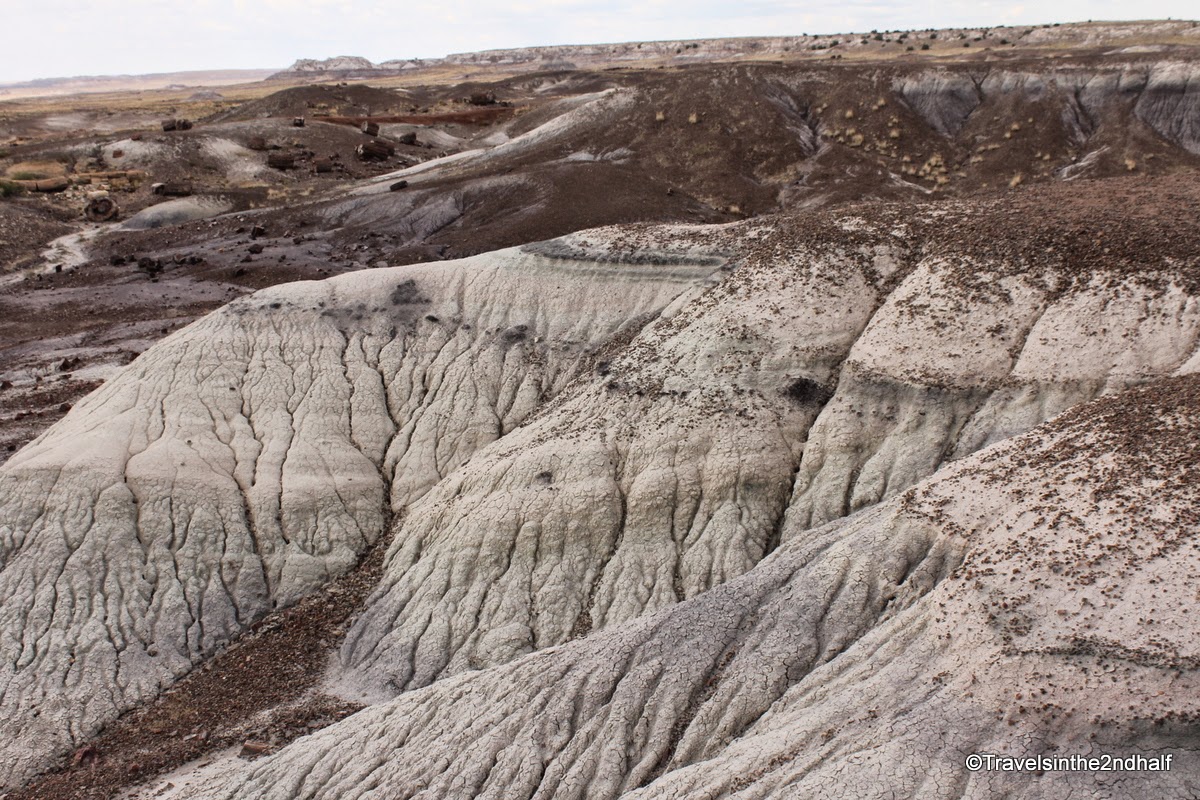 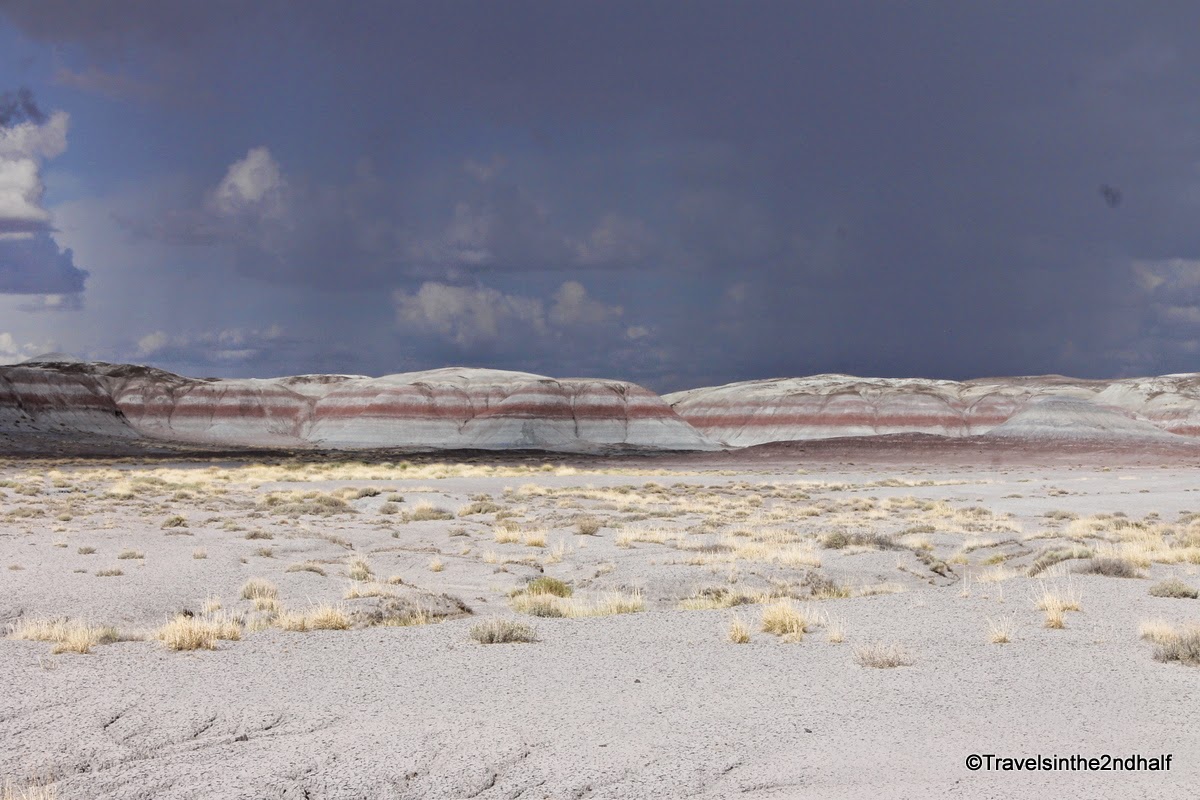 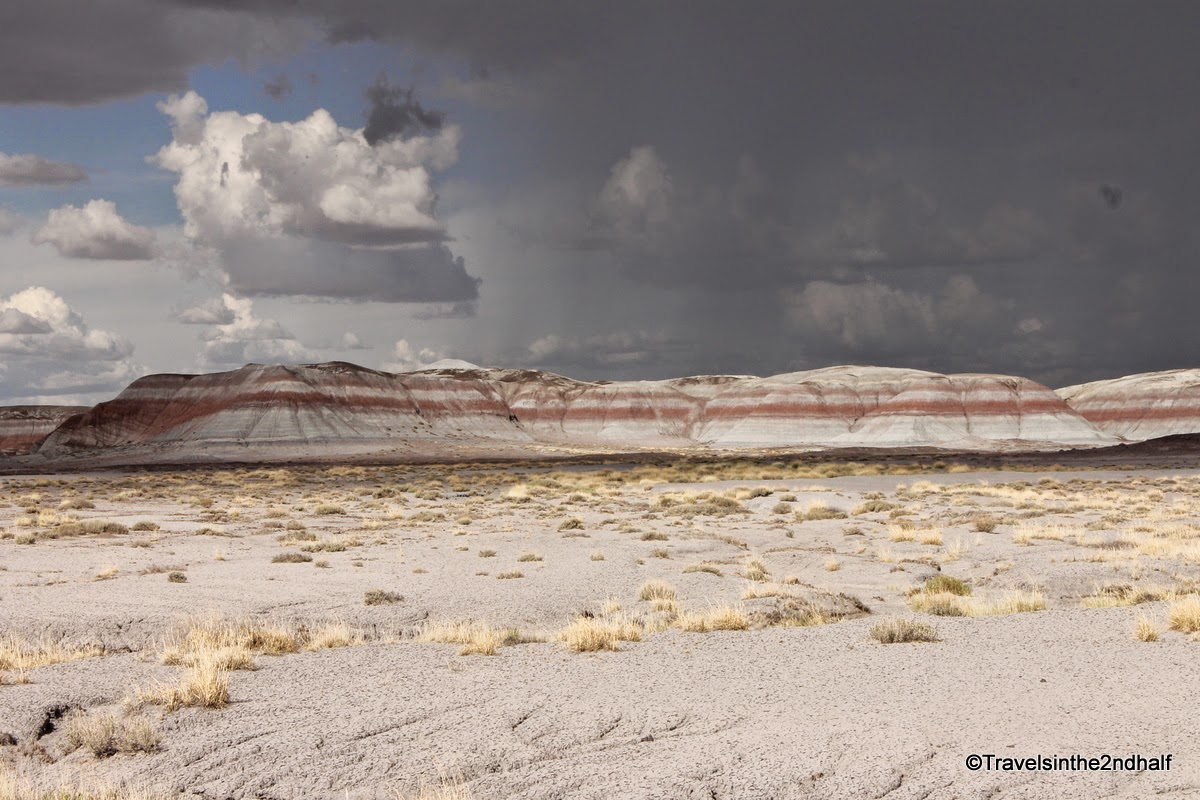 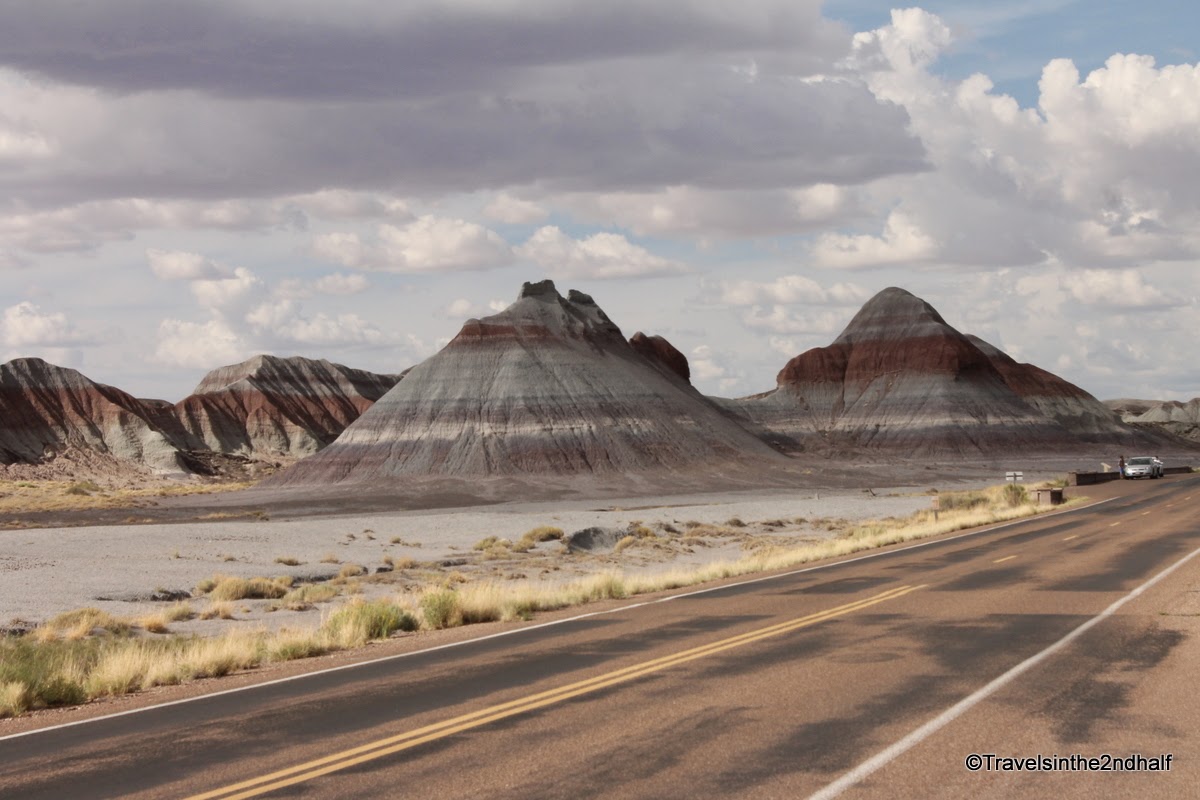 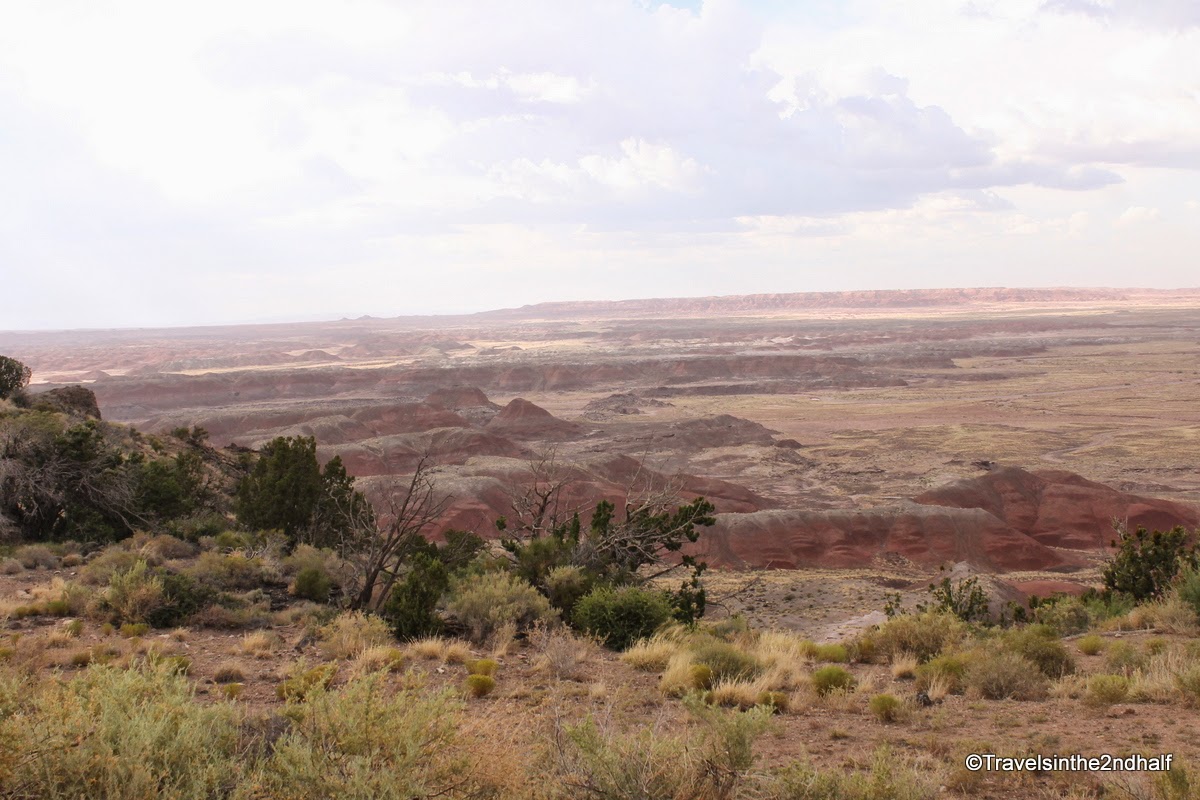 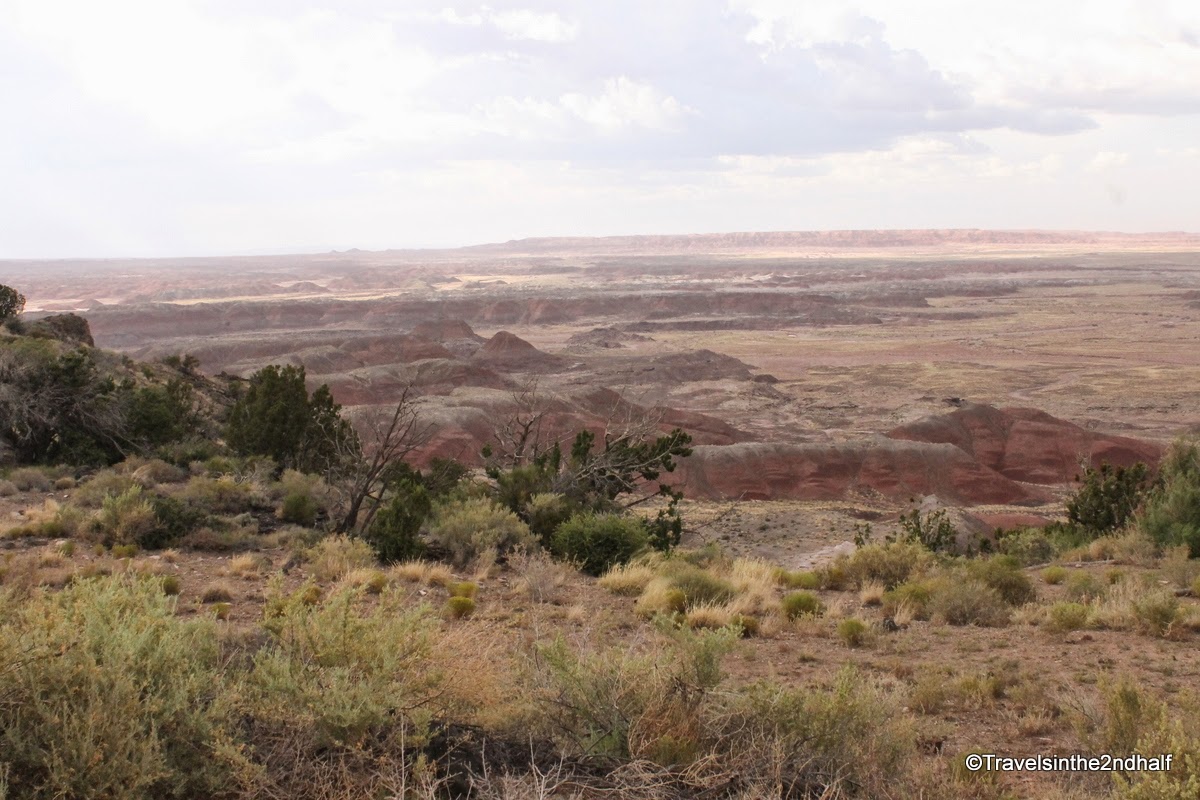 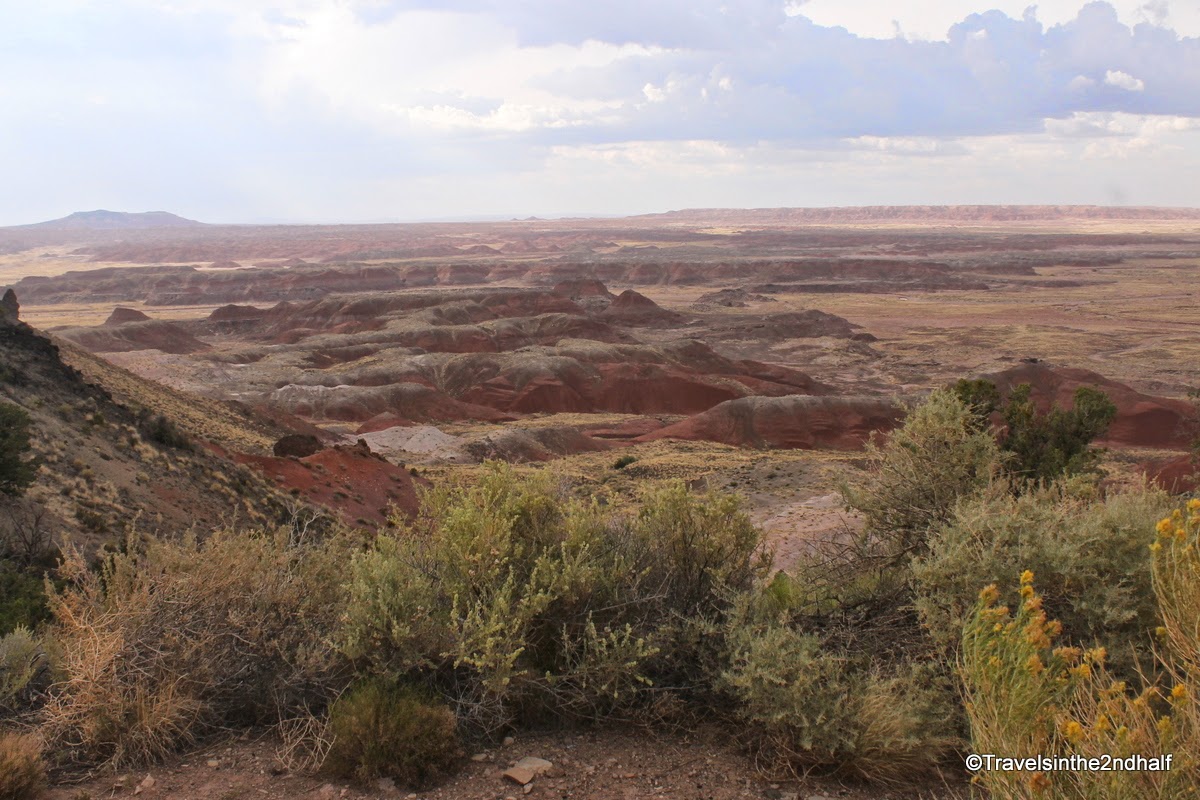 There is also a site with several hundred petroglyphs called Newspaper Rock: 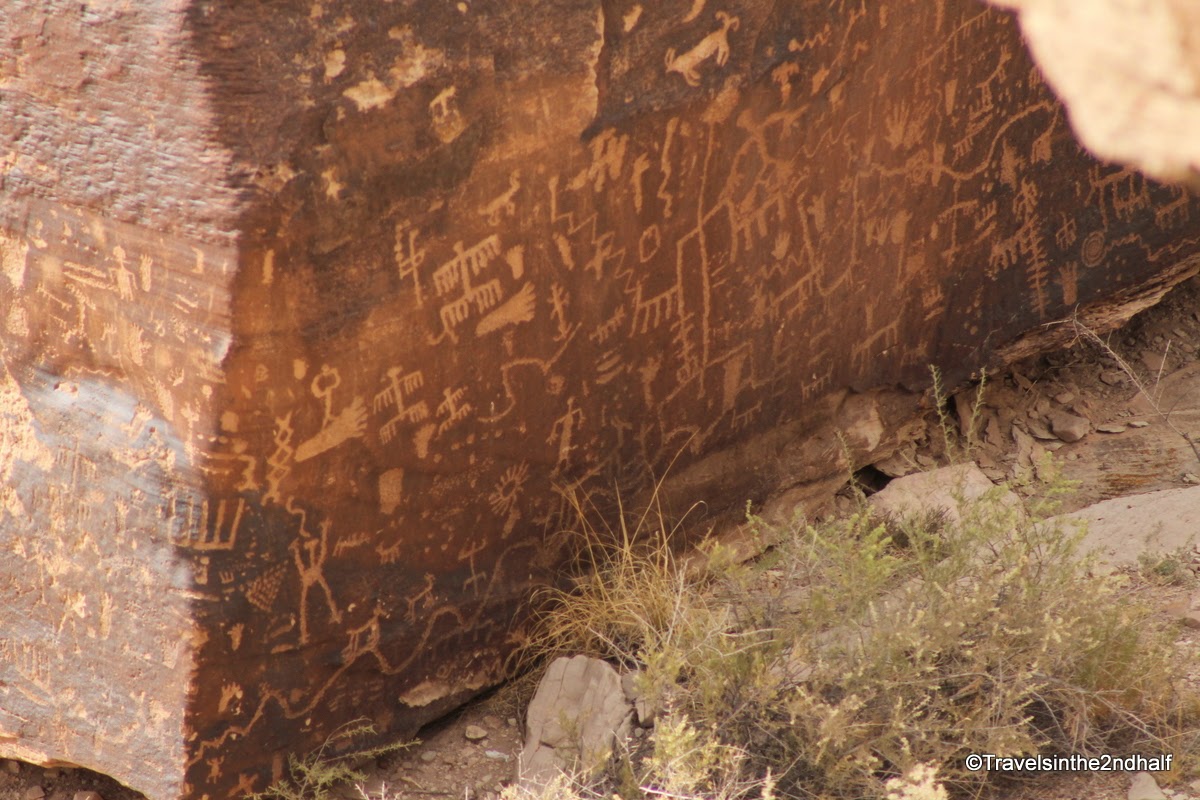 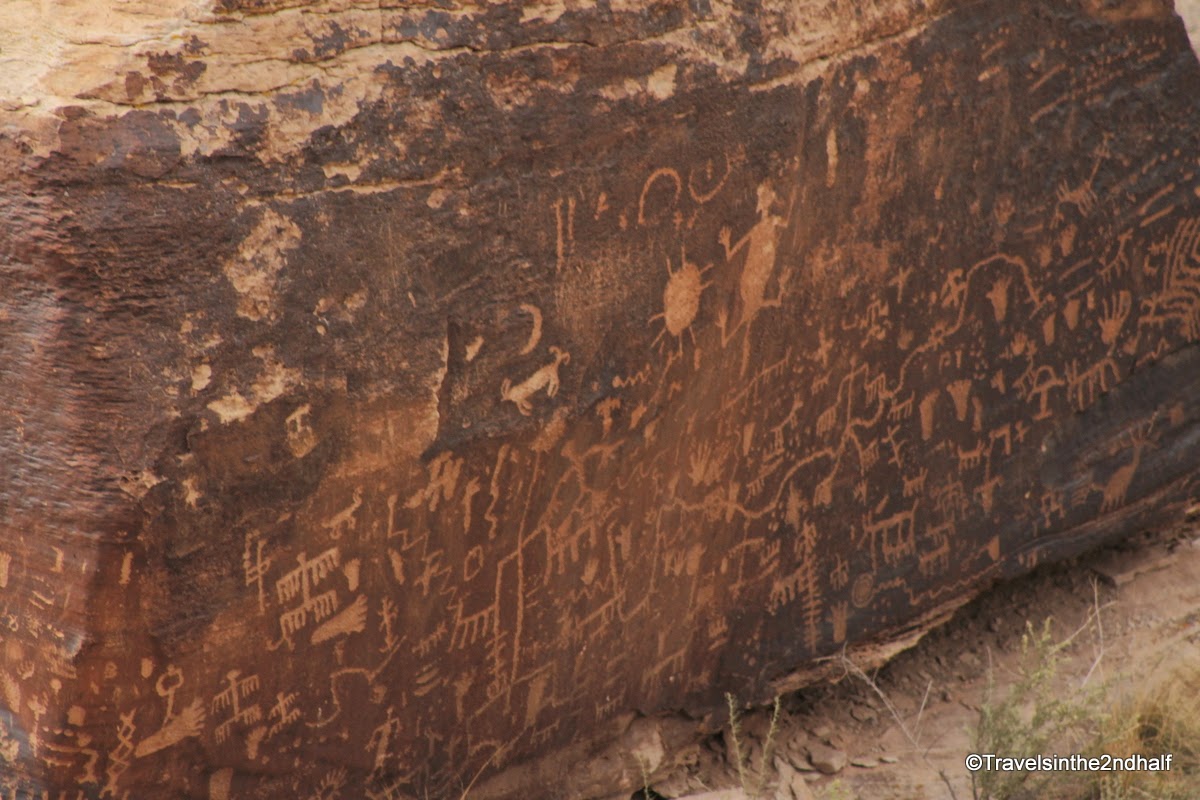 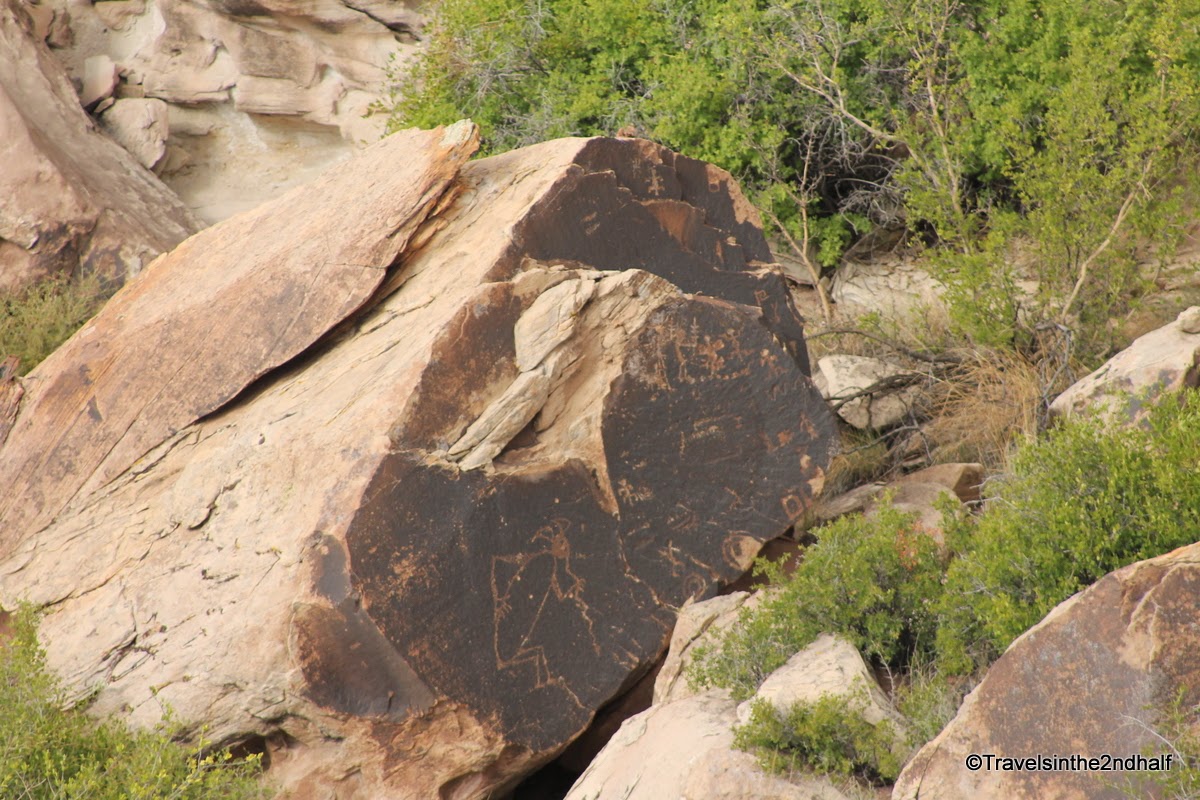 I have written before about my relationship with bad weather when I go to geographic sites that I might never get back to (here). Today was no different. For the second day I was dodging massive thunderstorms. 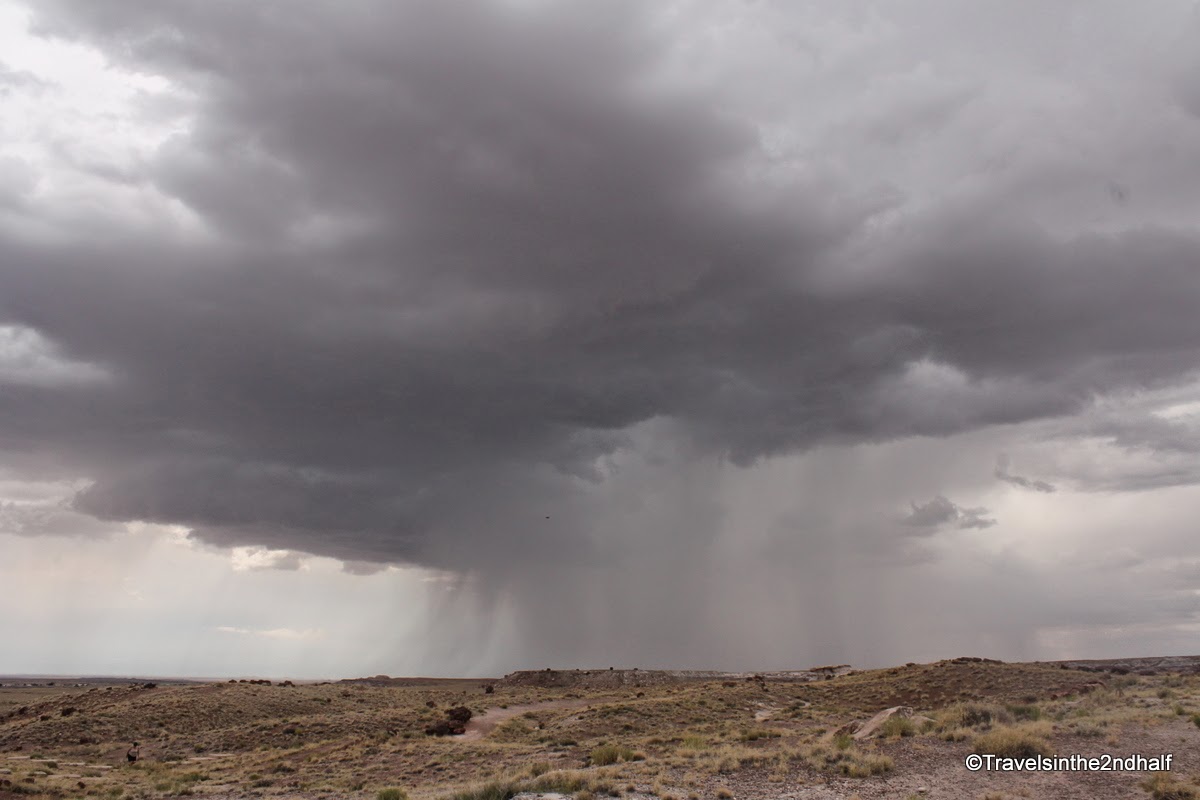 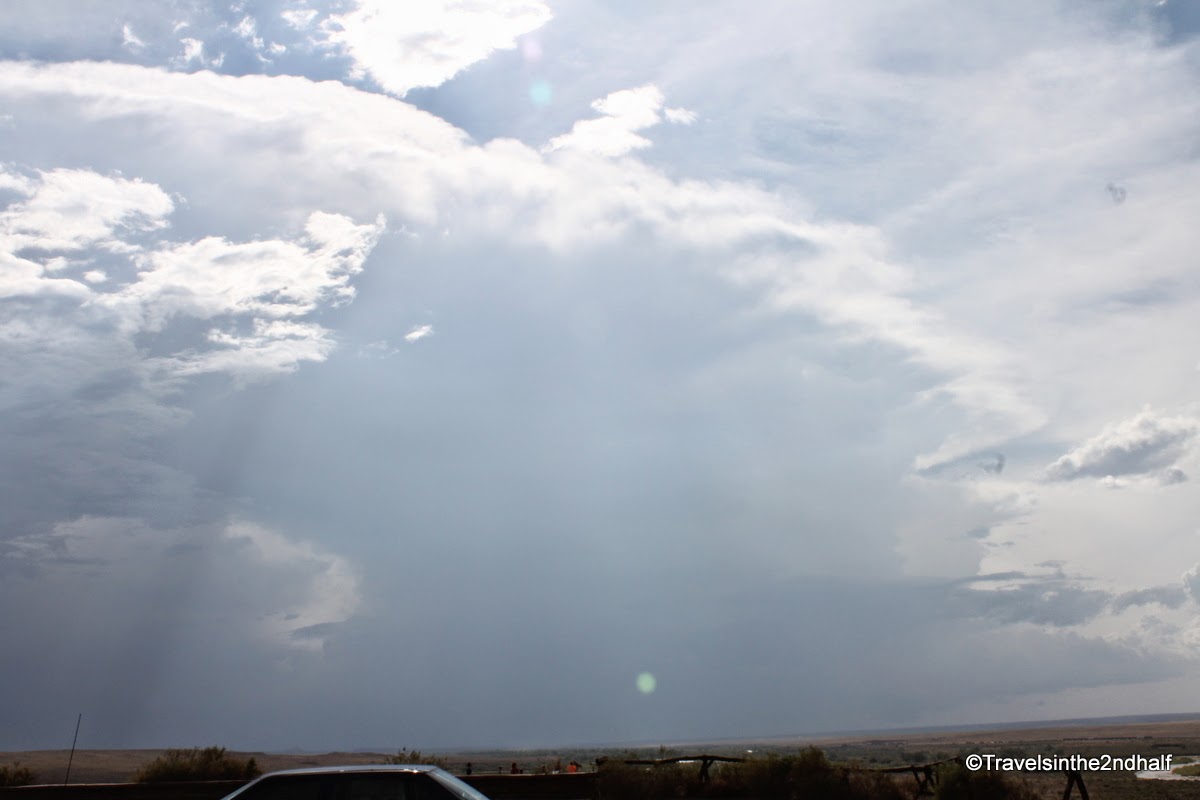 I did get caught on my drive to Gallup. It was almost impossible to see out of the car window. 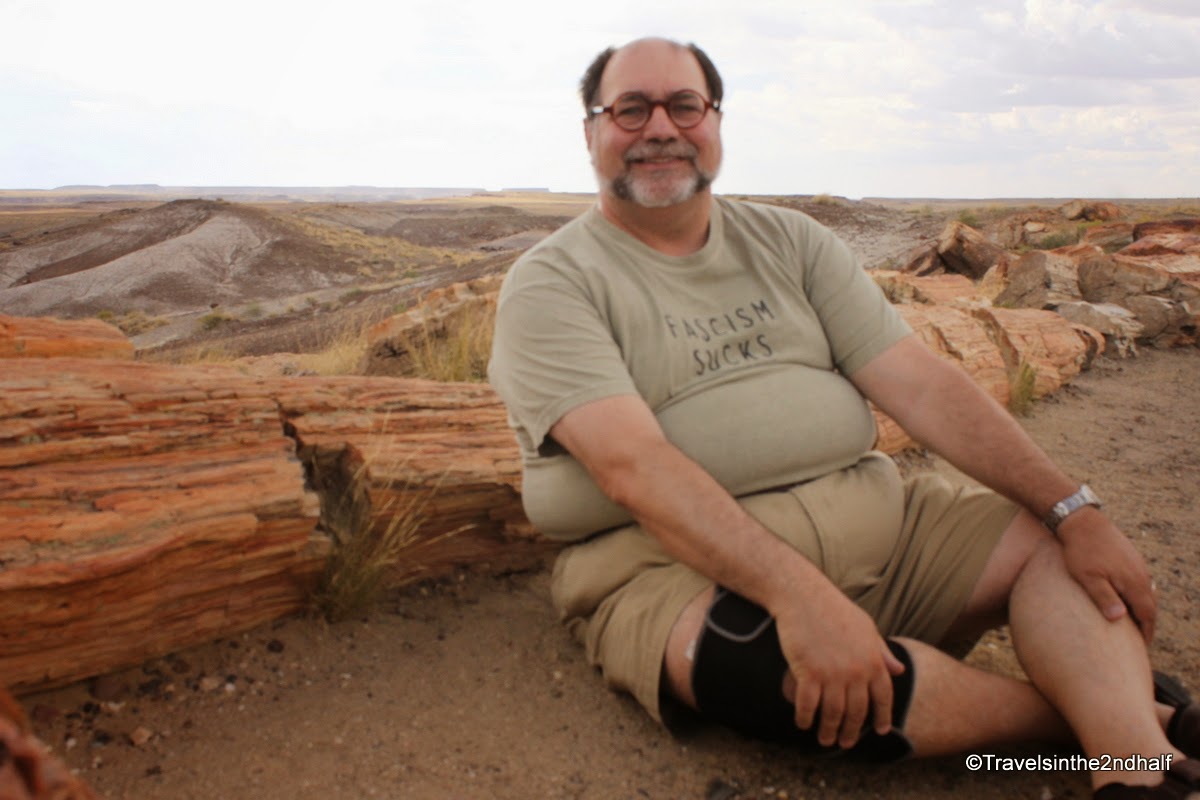