20 years ago, The Amazing Ms. D and I bought this magnet. when we visited a few days ago we found out that Santa Fe style is still in full force, but we also found a lot about Santa Fe that we really liked.

The Santa Fe Museum of Art

More than anything this museum may be the heart of Santa Fe. The museum looks like it is an old building that has been refurbished, but its history is much more interesting.

New Mexico became a state in 1912. By 1915 some of its biggest boosters and brightest minds were worried that its traditional culture was disappearing. Traditional adobe houses were being torn down and replaced with newer brick buildings, and you thought gentrification was a new phenomenon. So some of the civic leaders developed a plan for to save the center of town. They wanted to build a cultural center in the adobe style to serve a model.


The pavilion was a hit and and the state chipped 50% of the needed money to build the museum in Santa Fe.

Today the museum is wonderful example of architecture and furnishings. Here are some pictures of the lobby: 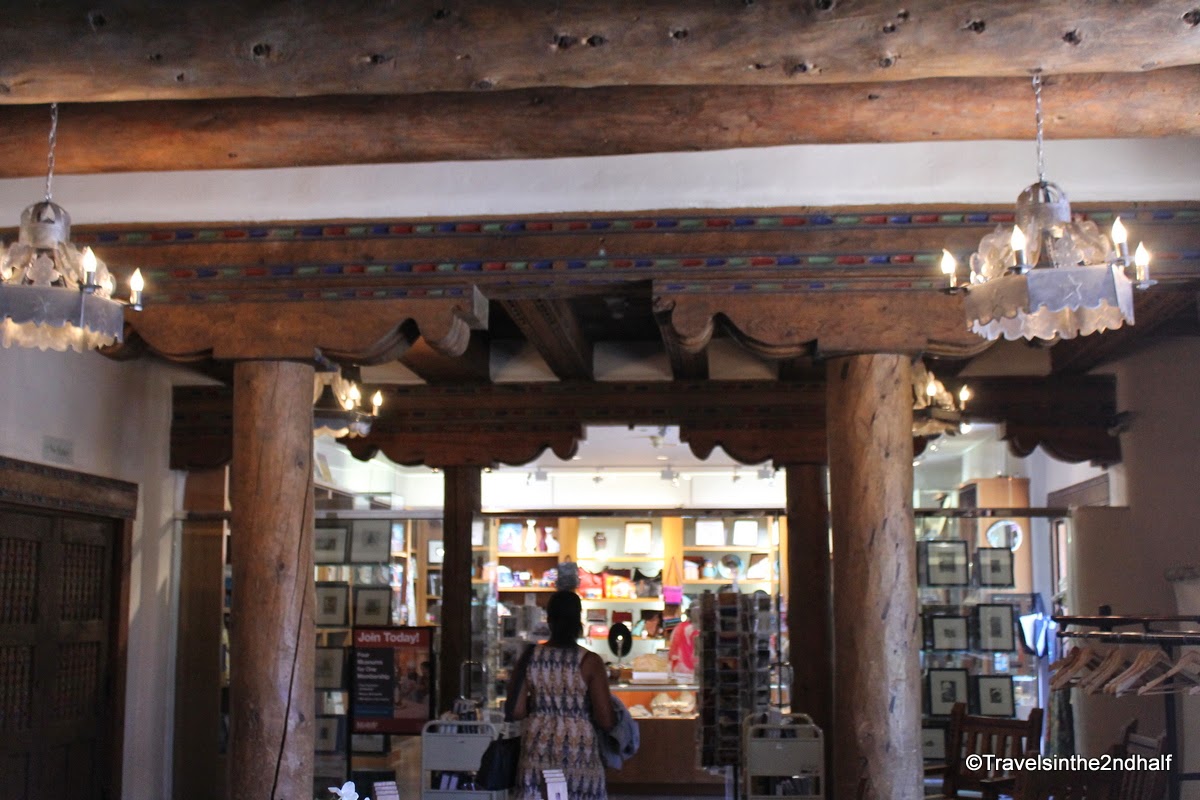 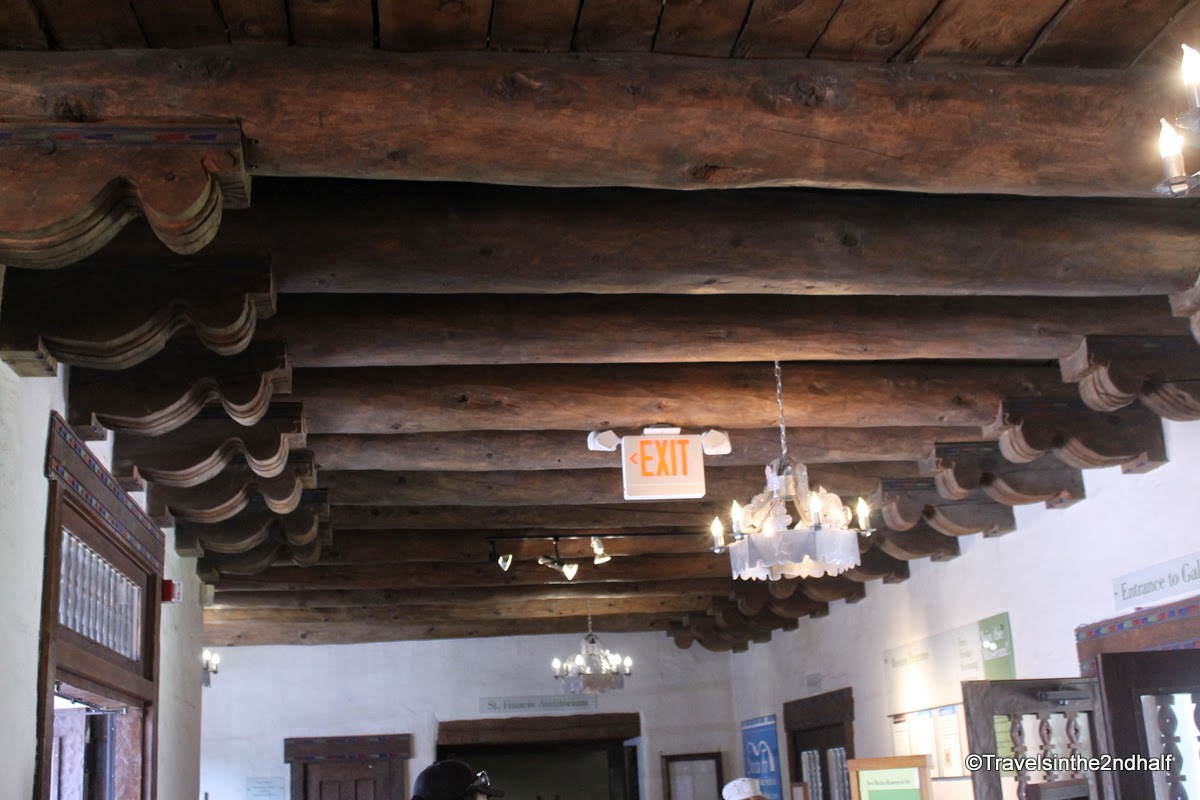 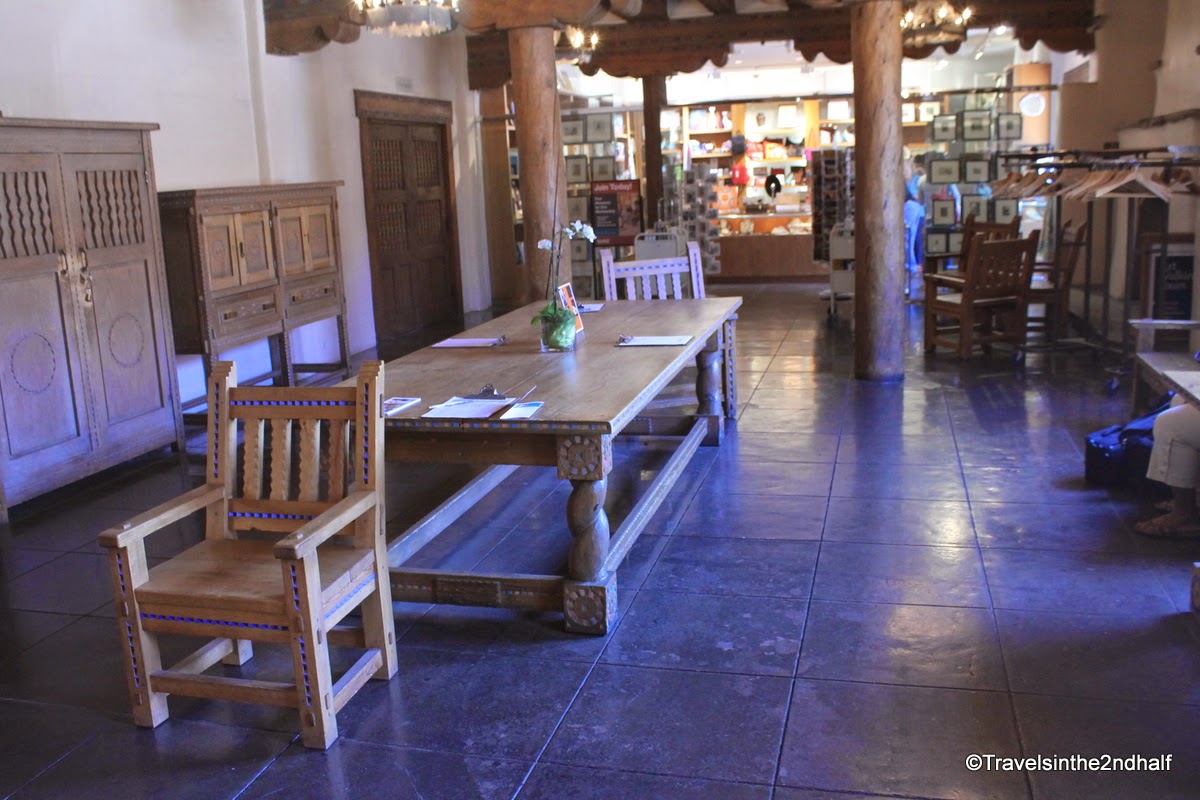 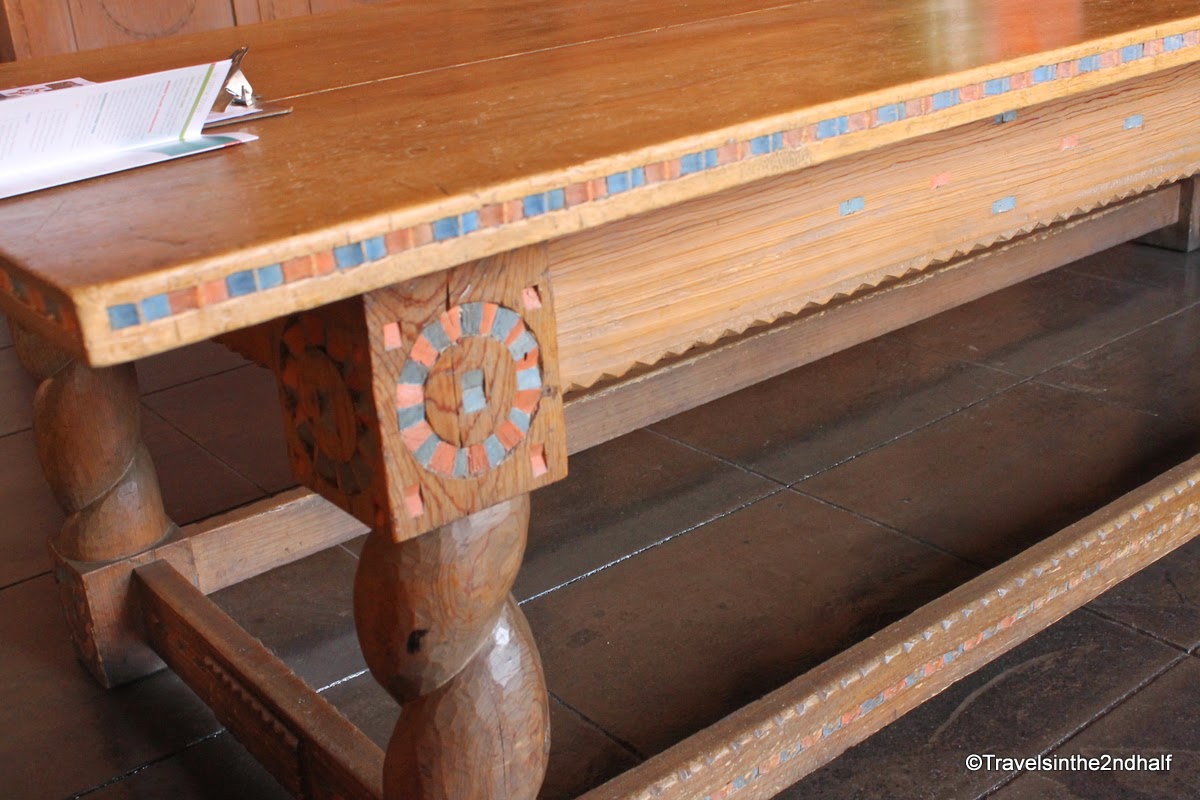 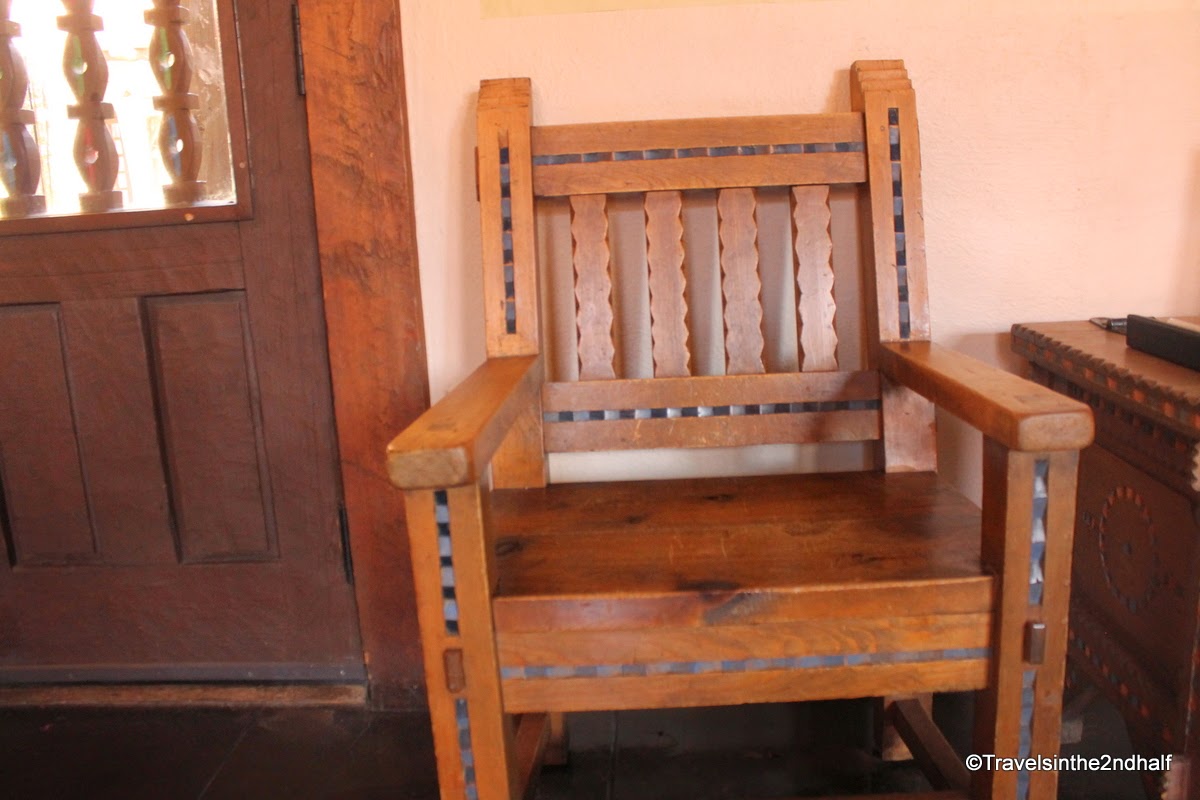 The work on the table and chairs is not inlay, they are carved and then painted.

The lobby opens on to a courtyard that is decorated with murals commissioned as part of the WPA: 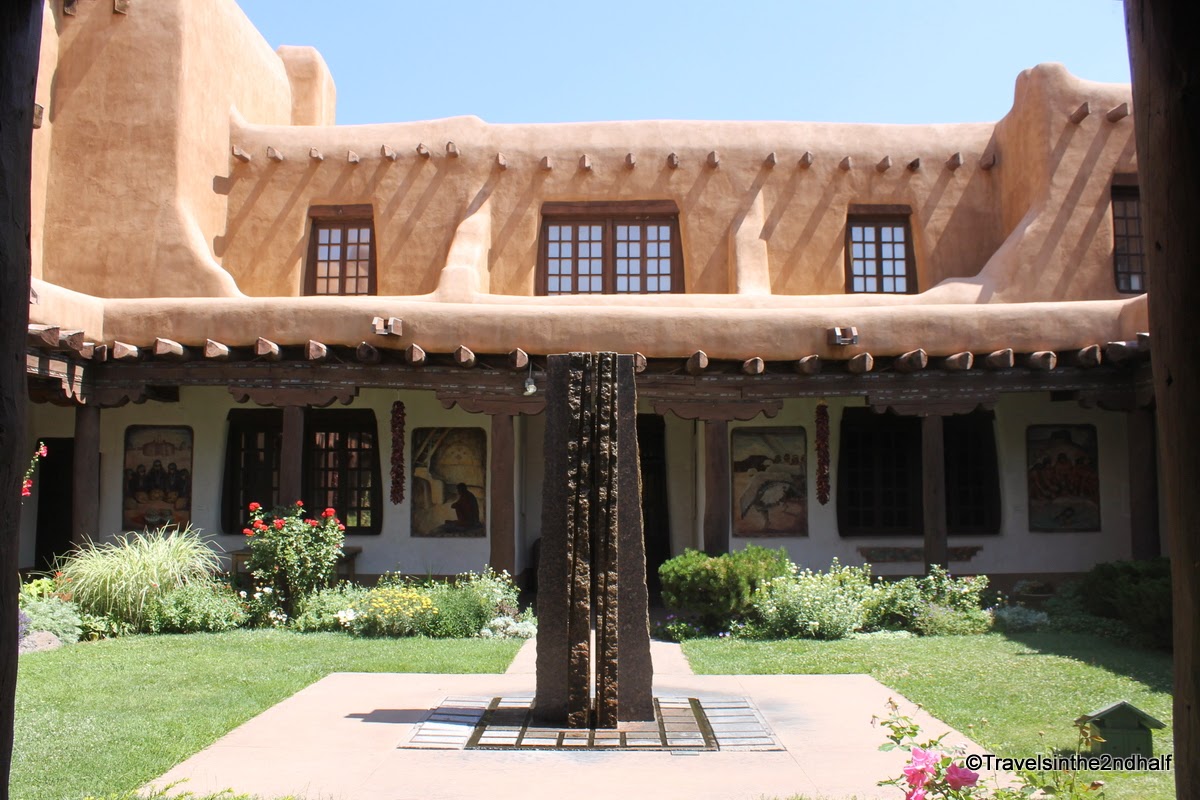 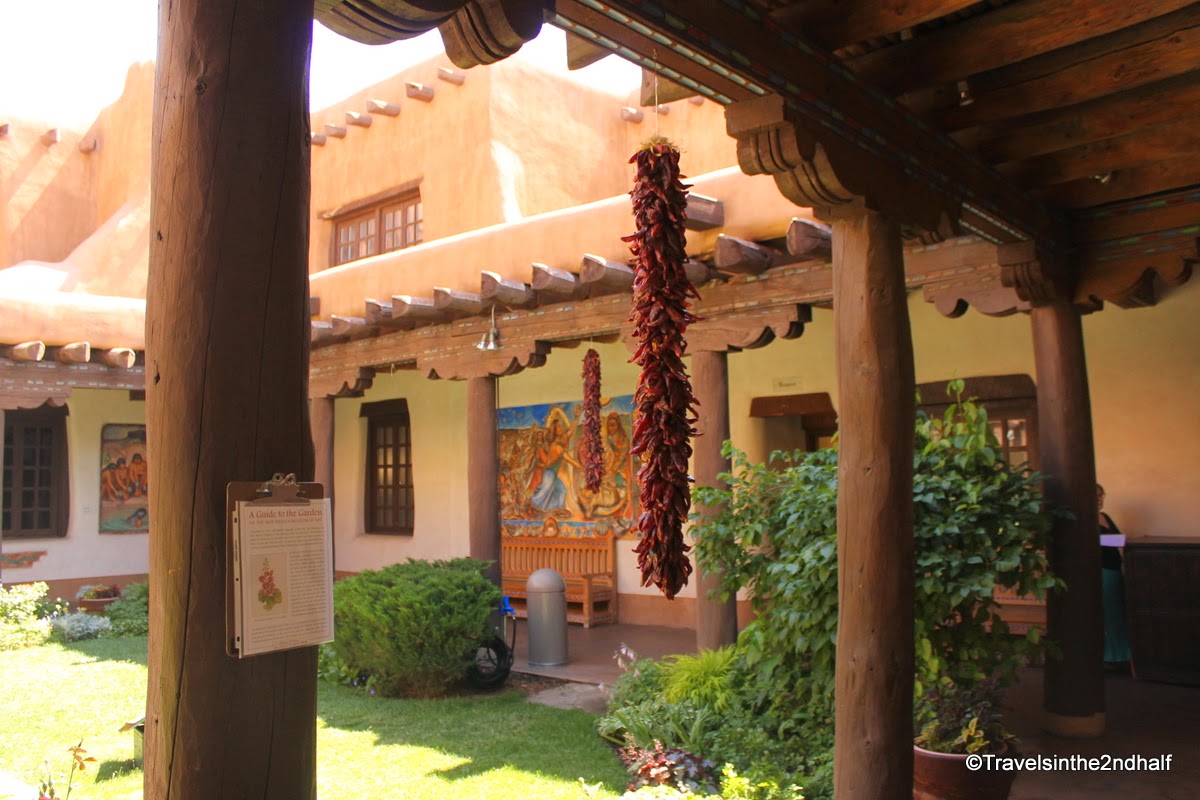 But the museum is not home only to traditional art. One of the current shows is an exhibition of Judy Chicago's work. My favorite piece was this one:

Santa Fe has been the home of art and artists for over 100 years. And it is filled with art, both public and for sale.

If front of Manitou Galleries we found two works that we fell in love with:

Some day, if we hit lotto and move to a LARGE house we would love to have these. 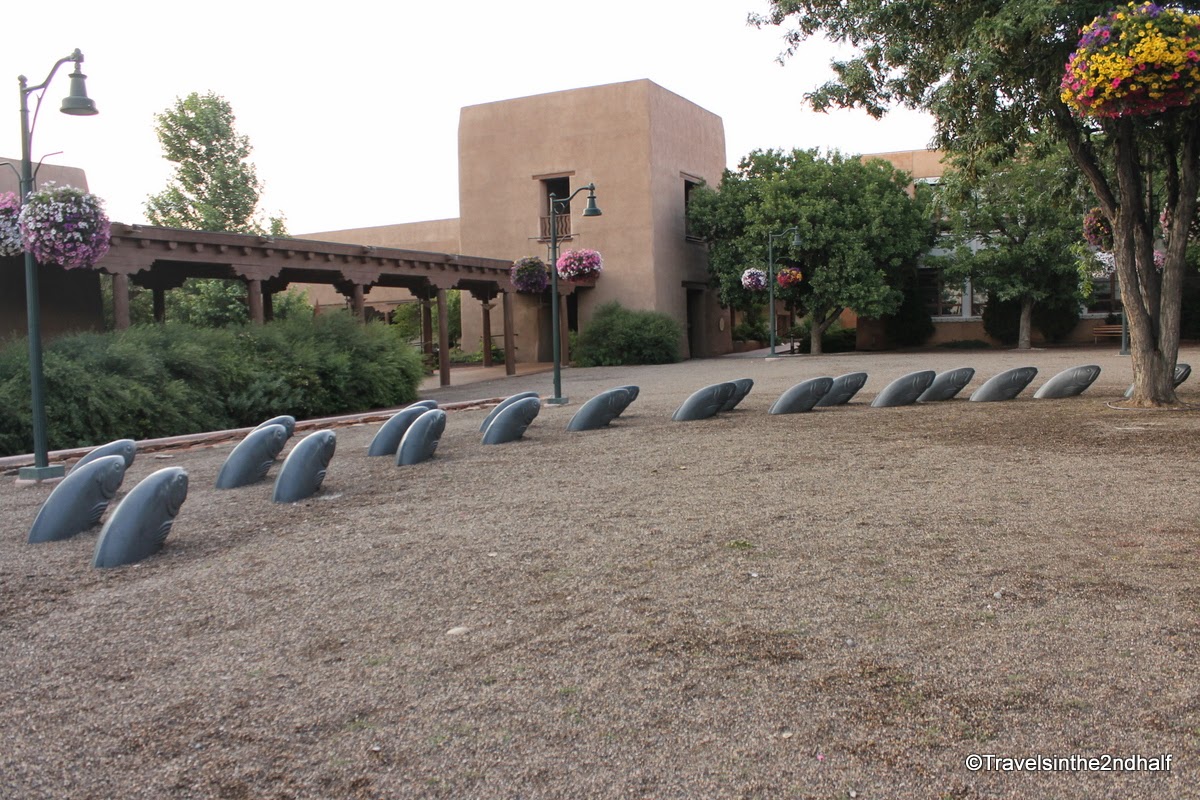 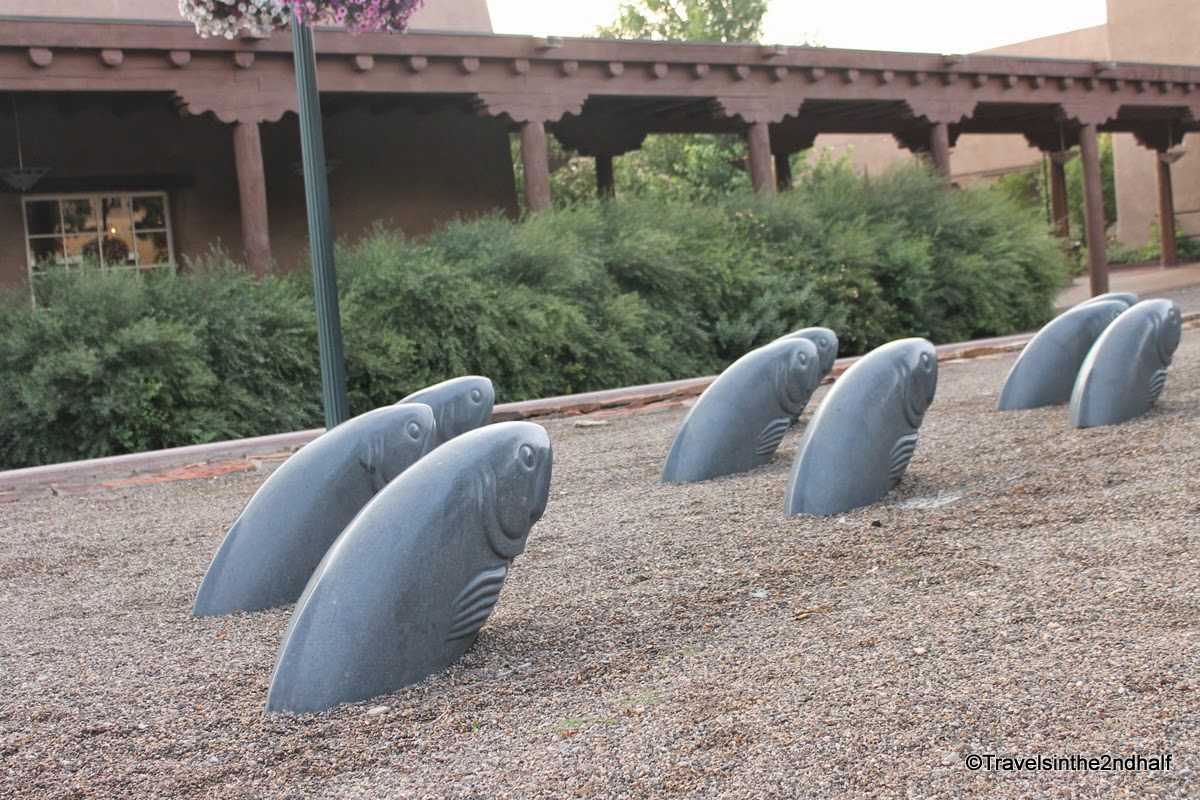 This school of fish was outside the Santa Fe Community Gallery.

Of course there still even older buildings still in Santa Fe.