I hate areas filled with tourists. Not just in NYC but wherever I travel. They are crowded. People just stop walking in the middle of the sidewalk. No one is really paying attention to what is happening around them. Unfortunately, sometimes I just have to bite the bullet and dive in. If you want to see Piccadilly Circus, the Parthenon, Florence or the Mona Lisa you are going to have to be part of a crowd of tourists. Here in NYC, if you want to go to see a Broadway play you are going to be part of a crowd of tourists. It is unavoidable.

On a recent Saturday I had a ticket for a Broadway play so I decided to head down early and see what has been happening in Times Square. Now I grew up in NYC during the 60's, 70's and 80's. A time wen some people feel that Times Square was at the nadir of it's existence.

Just west of Times Square and the Theater District is the neighborhood called "Hell's Kitchen" (any other name is an approbation made up by real estate developers). This is the area that was home to dock workers theater workers and the Westies mob. It was made famous in the movies "On the Waterfront" and "Sleepers".


So what is Times Square like today? Well, truthfully I don't plan on going back unless I have to. On a normal Saturday afternoon, no holiday, no special show or event, it was almost impossible to walk from 42nd street to 46th street due to number of people present. I don't remember being in a crowd that tightly packed. Now it is true that there is major construction going on. The famous islands between Broadway and 7th avenue are being removed and replaced with pedestrian malls. This formalizes the changes made by former mayor Bloomberg. Maybe when these are open it won't be so bad. 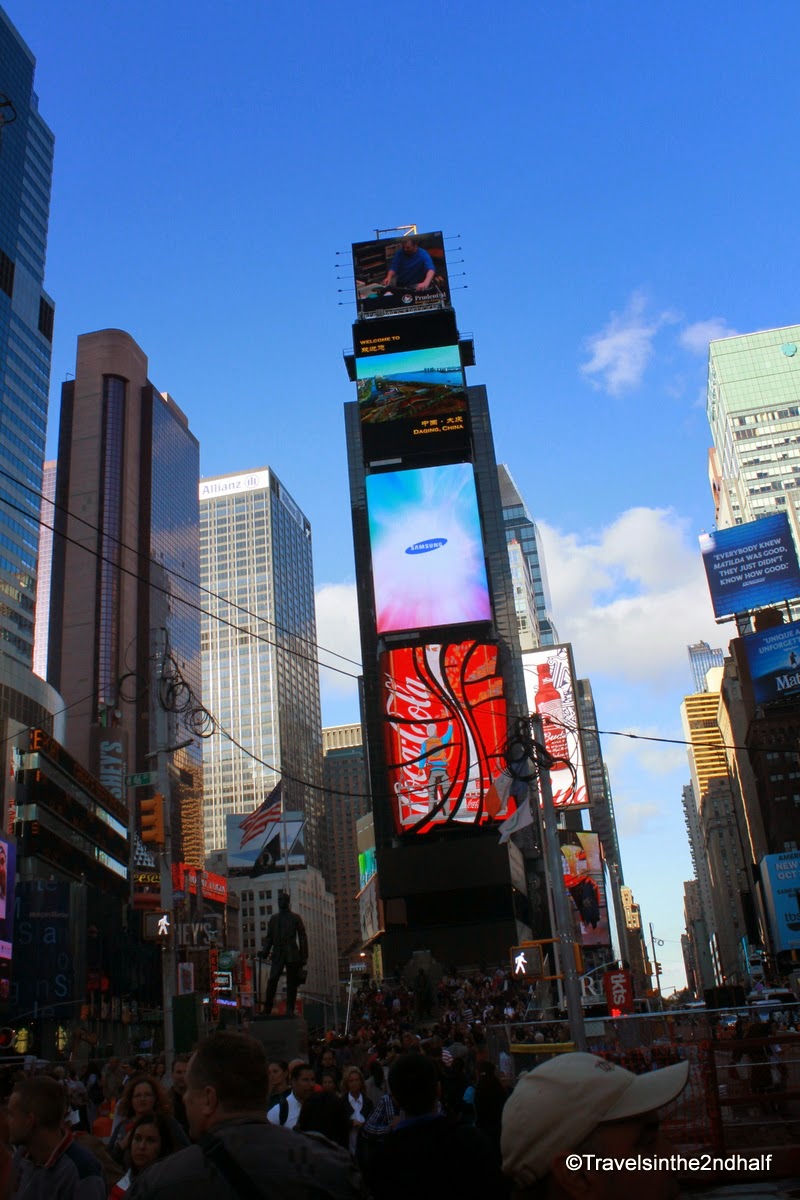 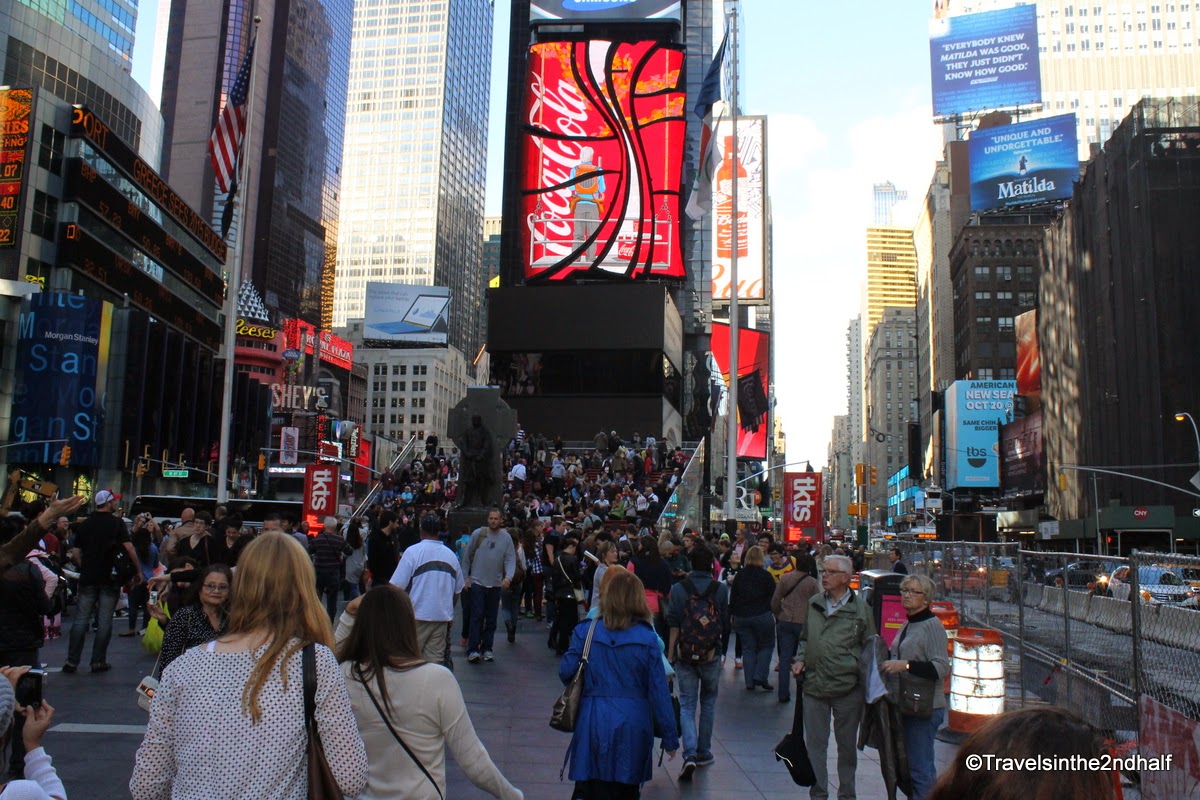 The other major change of the past 20 years has been what I call the "mallification" of Times Square. Instead of finding unique NYC experiences the area is now filled with restaurants and stores that could be in any mall in America - Disney, M&M, Bubba Gump, Forever 21, Hard Rock Cafe and many more have outposts here.

One final aspect of the new Times Square, that I actually like - The lights. I was impressed the first time I went to Piccadilly Circus at night. The lights were so bright. The use of neon and LCD screens was mesmerizing. Well, Times square has outdone what I remember about that trip. Covering eight blocks along both Broadway and 7th Ave the buildings are covered with LED display boards. They blind you at night 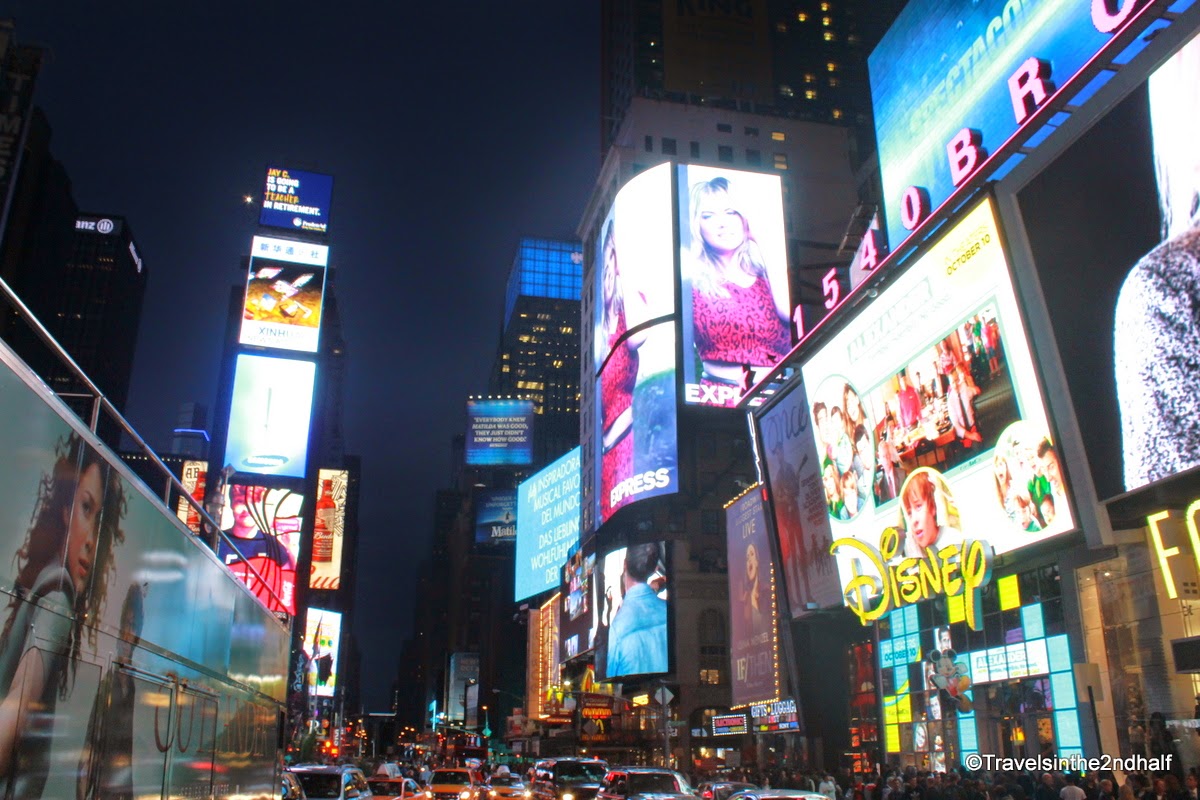 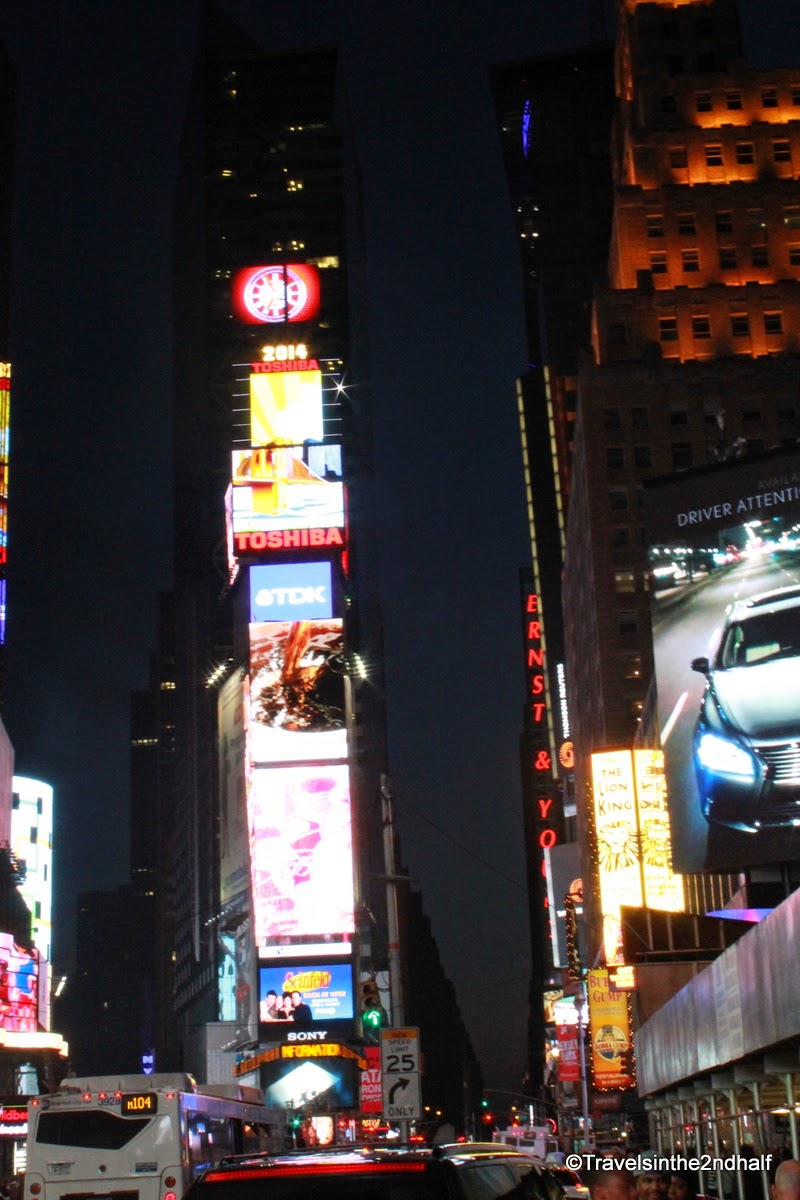 The roots of Hell's Kitchen still show through, even as it is being rebuilt into a land of tall condos and overcrowded streets. Walk up and down the side streets and you can see the old tenement buildings. No elevators, window air conditioners, these building date back up to 100 years. 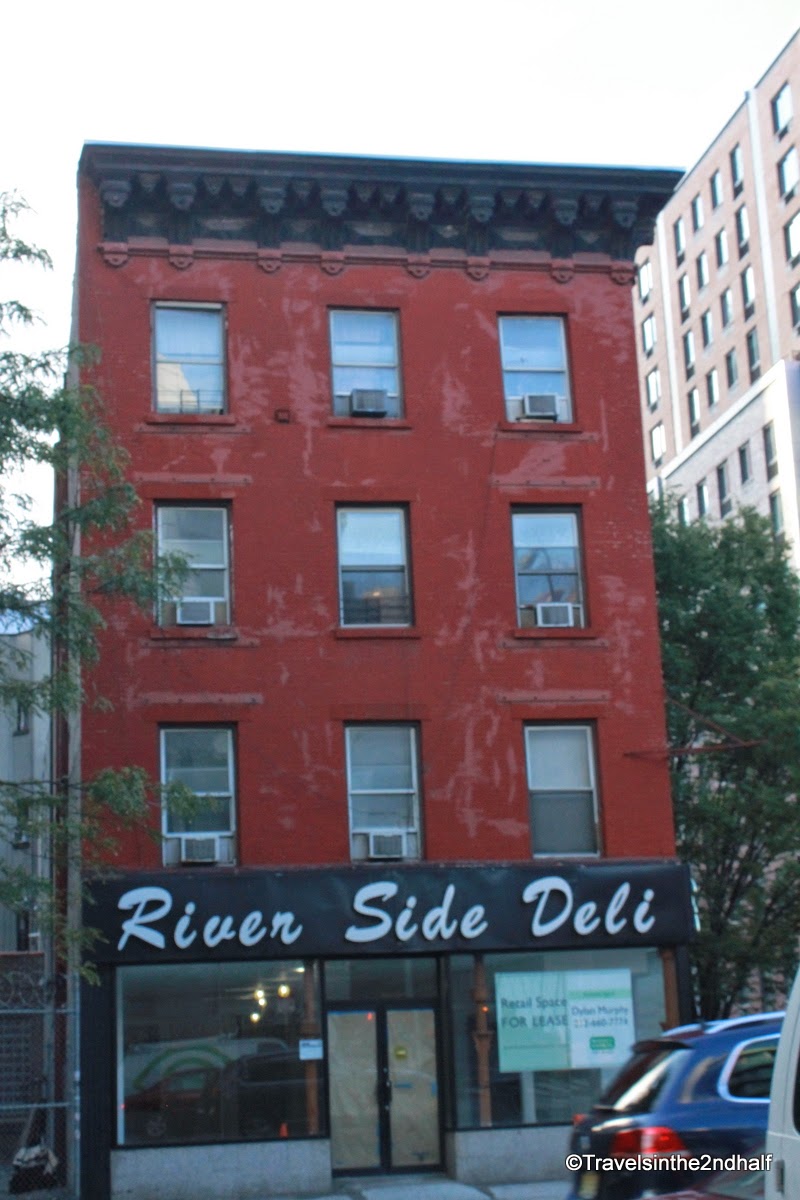 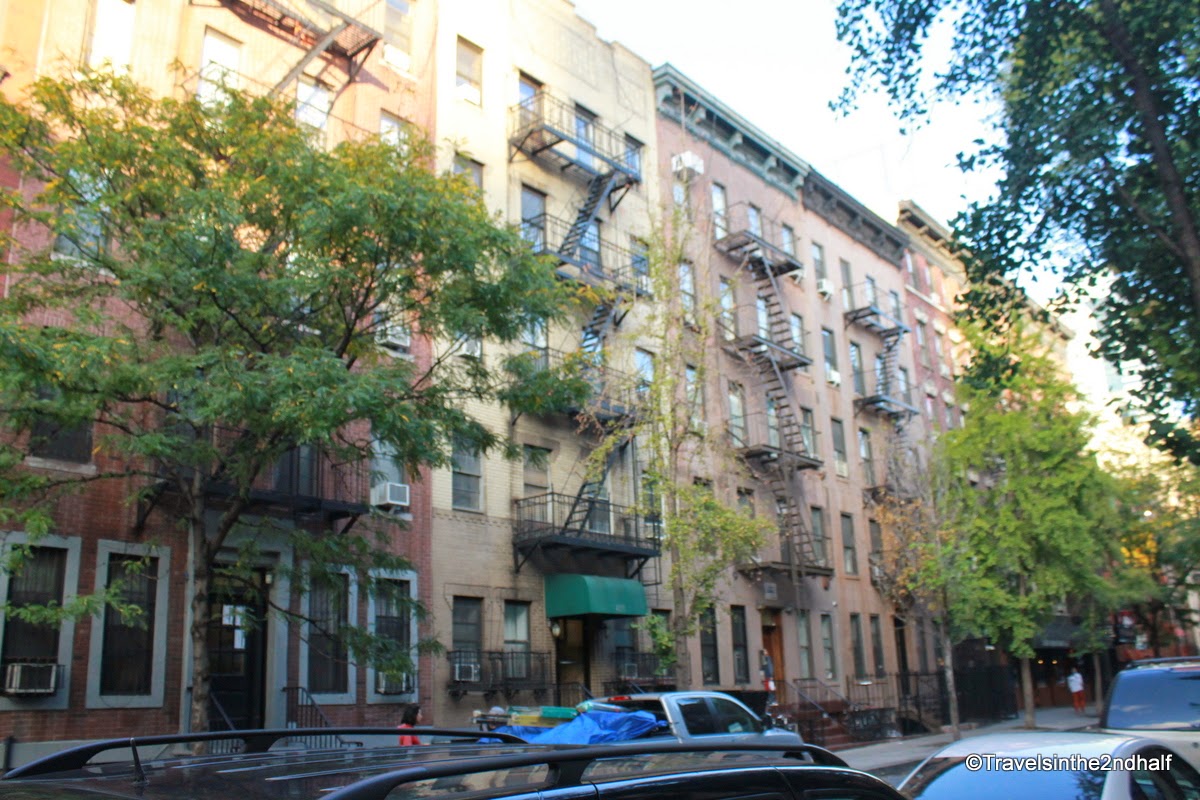 What to do if you have theater tickets?

Let's say you have tickets to one of the plays on Broadway but you want to avoid the Times Square and it crowds, and tourist trash (I mean traps). Well there are actually loads of other choices.

First - getting there.  If you are coming by subway, follow Duke Ellington's advice - Take the A train. Avoid the IRT to Times Square, The IND line (A, C, and E trains) will drop you off one block to the west along 8th Ave. Most theaters are between 7th an 8th avenues.The crowds are much thinner. If you are coming in from the suburbs - Penn Station and Port Authority Bus Terminal both are on 8th Ave.

Next - Where to Eat. I divide eating in the theater district into 3 categories - There is the Tourist Trash - Bubba Gump, The Hard Rock, TGI Fridays and other over priced national chain restaurants. I usually skip these. There are the fancier restaurants, especially along Restaurant Row - 46th street between 8th and 9th ave. This one block has restaurants for many different tastes, Asian, New Orleans, Brazilian, Italian. The prices are a little high, but not outrageous. Finally if you want good food at a good price, with lots of choices, there is 9th Ave. the stretch from 42nd street through to 57th street is filled with restaurants and bars. The choices are many and food is usually good. Use Yelp or TripAdvisor to narrow your choices.

I can recommend one place in particular -  Obao. This is a southeast Asian restaurant that serves street style food. I had the Crispy Pork Belly appetizer and the Basil Chicken main course. They have a $25 pre-theater prix fixe menu. The food was great. The Pork Belly was moist and flavorful. The Basil Chicken, a dish that has become as common and over done as General Tso's chicken in many places, was well done, with the right mix of cool basil and hot pepper.

So go to the theater, enjoy the show, the restaurants, but man, I would skip Times Square, unless you have never seen it.