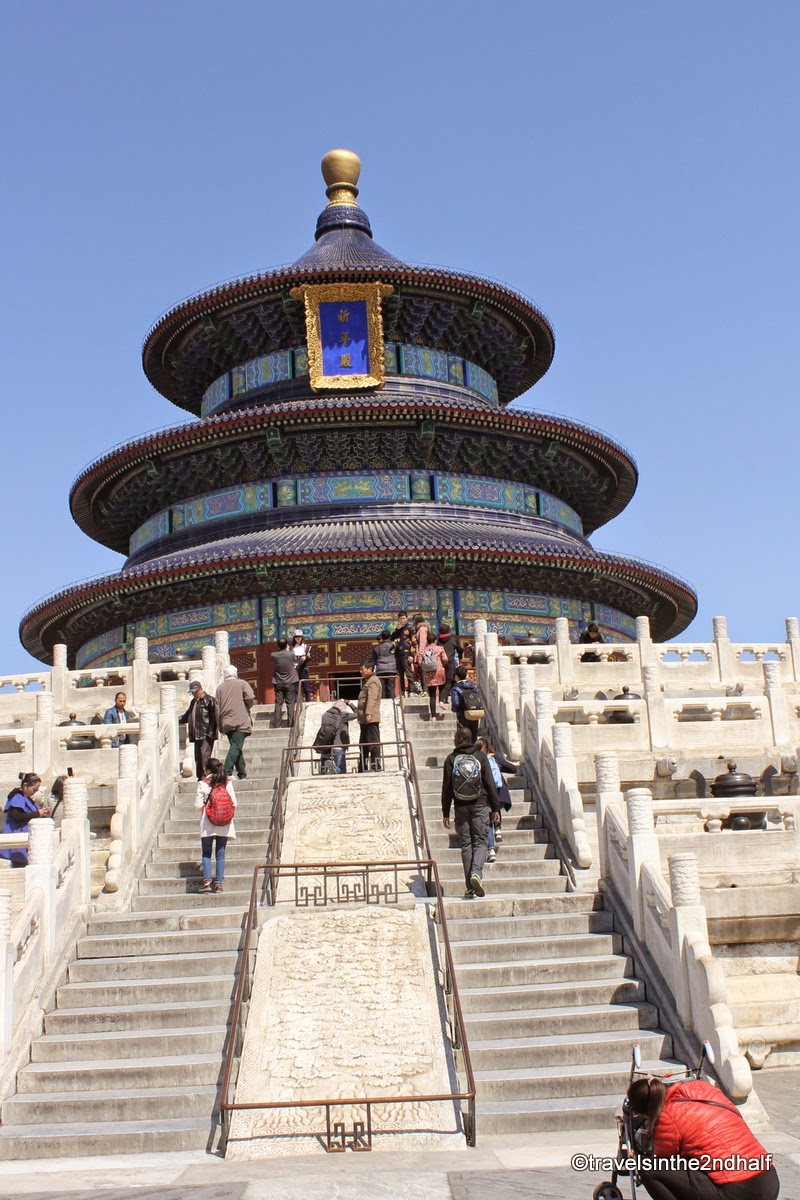 One of the places that I felt most comfortable during my trip to Beijing was at the Temple Of Heaven and its surrounding park. The Park sits just north of the 2nd Ring Road and the city canal and is about 4.5 km south of Tiananmen Square.

Originally built in 1420 it is the place where emperors went to pray to the gods of heaven and earth for a good harvest. The connection is represented by the shape of the park - square at the south end representing earth, and domed at the north end representing heaven.

The most important building at the temple is the Hall of Prayer for Good Harvests. It is 38 m tall and 36 m in diameter.


This building is impressive. It sits on three square tiers of carved stone. These represent the earth. The hall itself is beautifully decorated and is round to represent heaven. 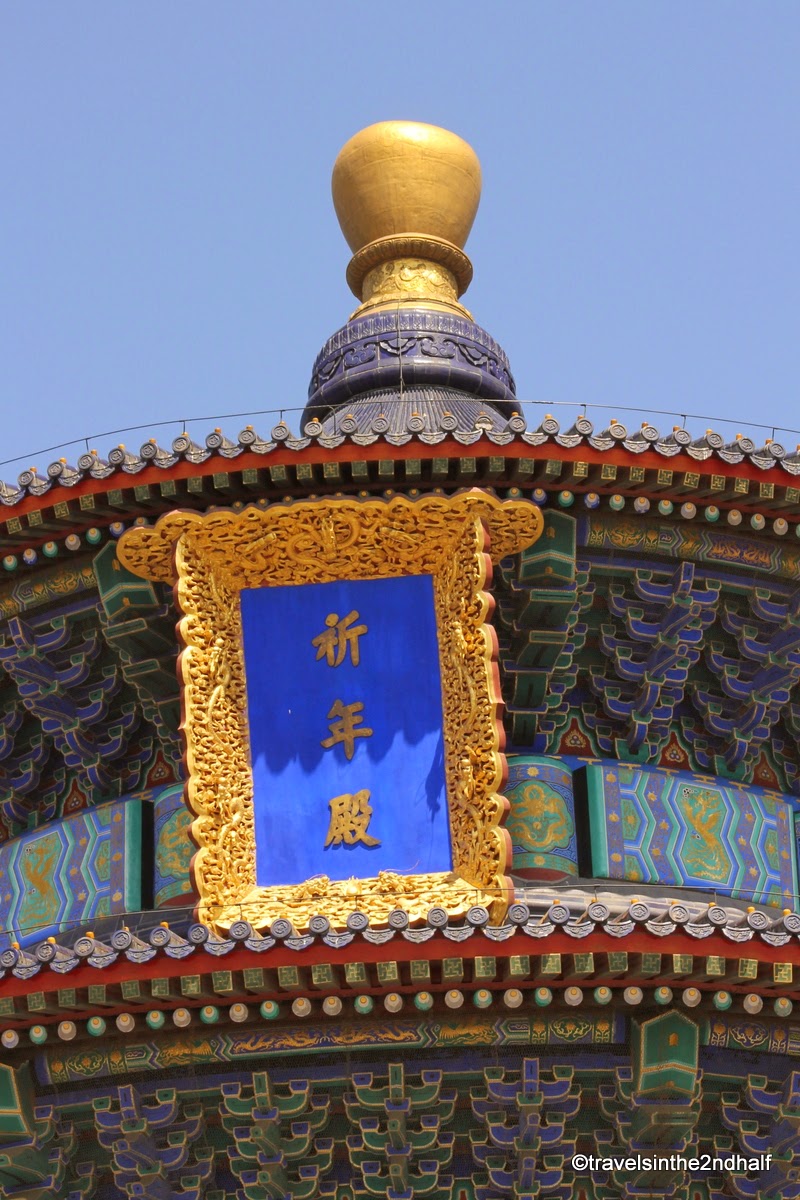 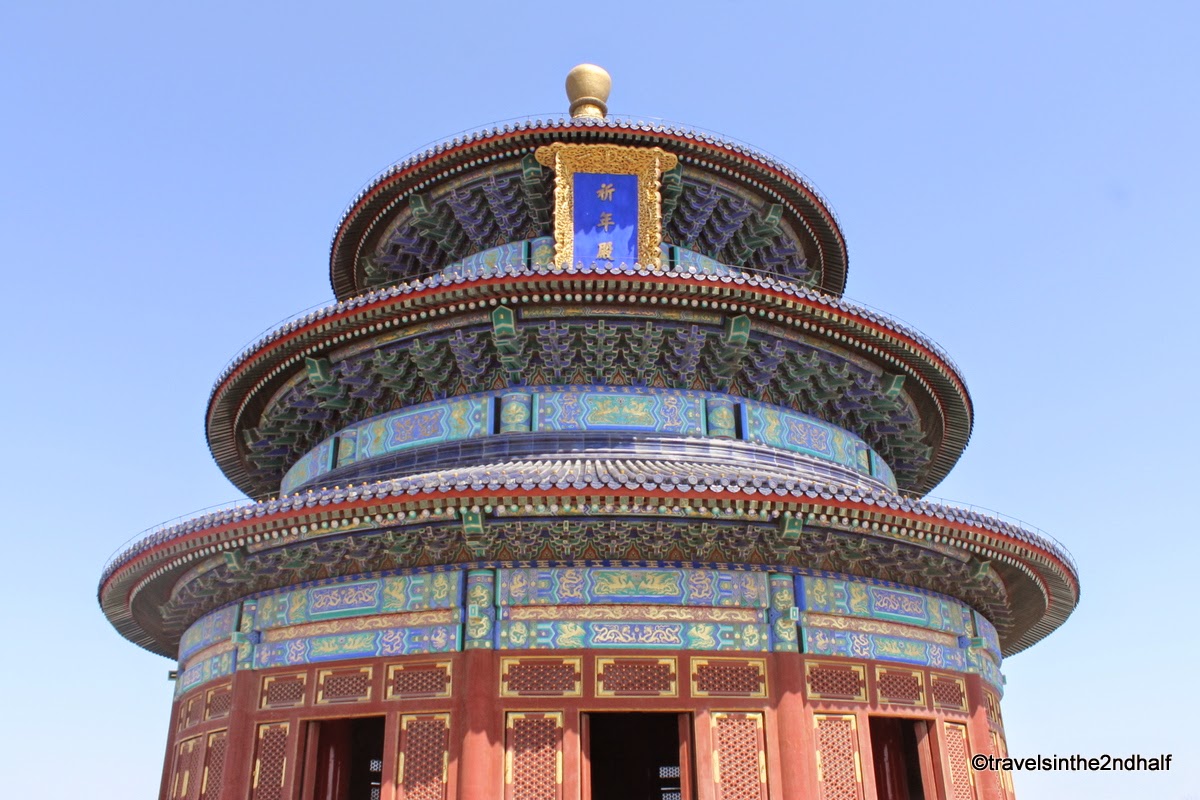 As impressive as the temple is, what I really loved about this place was the surrounding park. The park is gathering place for seniors from throughout Beijing. When you come, enter through the East Gate. This part of the park is is a gathering place for groups practicing tai-chi and dancing.

The tai-chi groups are plentiful and varied. In addition to traditional tai-chi, we observed groups belly dancing,, using ribbons and balls with a soft racket. The important thing was that here were groups of people getting exercise in. they spent time together and helped each other keep in shape.

Nearby is the Long Corridor. This is covered walkway where groups of people come to pass time, play cards, chess, knit and crochet. But most of all to visit. They are obviously old friends who have been doing this for years. 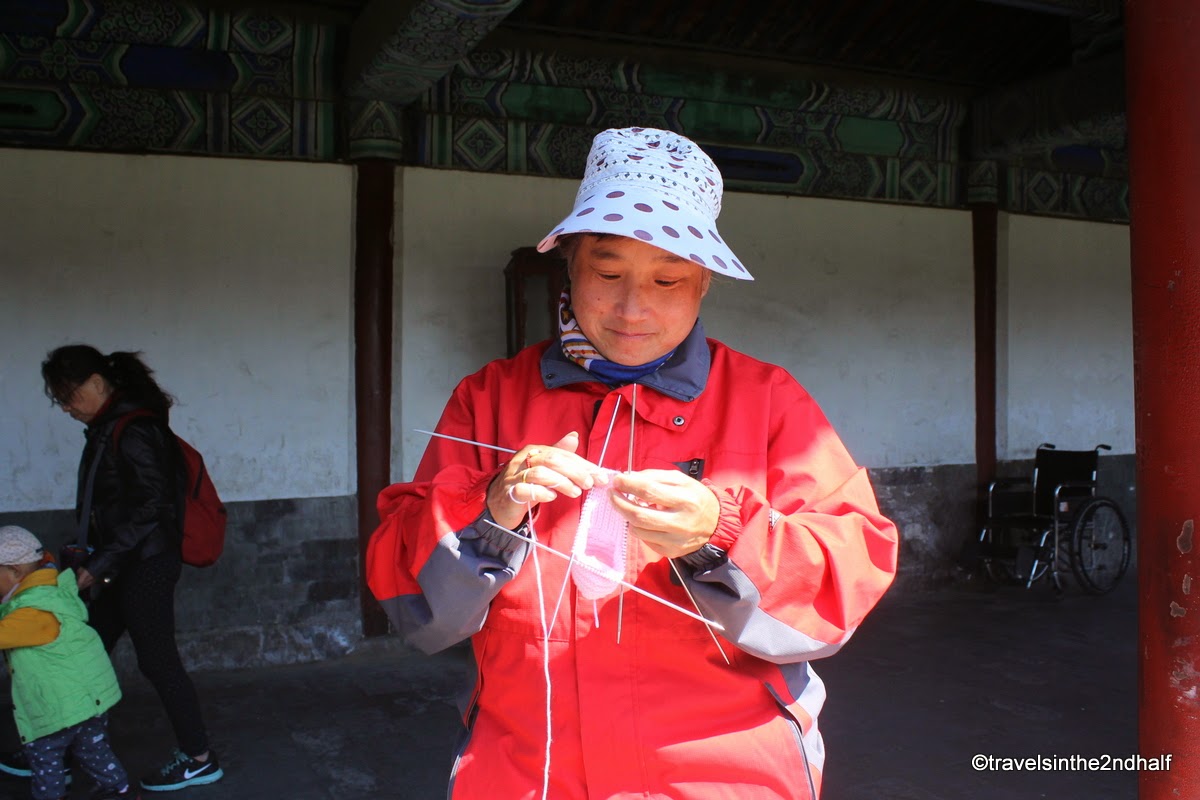 I felt comfortable here because it brought back memories. When I was young my grandmother lived in Co-op City in the Bronx. If you have ever driven by Co-op City you know that it filled with tall, large apartment building, but it also has a lot of open space and benches and tables for people to sit at. My grandmother spent her days sitting on these benches spending time with her friends. She would play kalukee, a card game whose rules I no longer remember. It was a social circle that kept minds alive and checked in on each other.

The Temple of Heaven Park plays this role in the lives of its users. They come and spend time with their friends They pass time and visit. It is the heart of a city in so many real ways. It was a place where I felt that I knew the people. It reminded me of my grandmother.