Those who know me know that I really don’t like being on a tour. Usually I would rather stay home than be rushed from place to place with no time to really explore a city. But traveling to Beijing with a group of 21 high school students, 3 other teachers, the 12 year old son of one of our group and the wife of another, a tour was the only way to go. So the day after traveling literally halfway around the world (that’s right – 12 time zones) our tour guide collected us at 8:30 in the morning to take us to Tiananmen Square and the Forbidden City (all before lunch).


First a little history. Tiananmen Square was originally built 1651, south of the Tiananmen Gate at the south entrance to the Forbidden City.

It was greatly expanded in 1954 when the the “Gate of China” was torn down and the space was opened up to be the 4th largest square in the world. Tiananmen Square has historically been place of political protests. In 1919 3000 students protested the signing of the Treaty of Versailles, which gave the province of Shangdong to Japan. In 1949 Mao spoke in here to announce the formation of the People's Republic of China. And in 1989 thousands of students protested against the government.

Today, entrance to the square is through a security checkpoint, where individuals are patted down and bags are searched. Unless, that is, you are part of a tour group with a licensed guide. Groups are allowed in through a separate entrance, watched by police, but with a lower level of security, and a lot faster.

In 1959, while finishing Tiananmen Square, the government built two new buildings flanking the square. To the east is the National Museum of China (formally The Museum of the Revolution), to the west is the People’s Congress. At the center of the square is Monument to the People’s Heroes. In 1976 Mao’s tomb was added along the North-South axis and the square was expanded to its current size – big enough to hold 600,000 people.


Our trip coincided with a national holiday in China. So there were a lot of people in the square, and our group of international students became quite an attraction. In some ways this made it easier for me to carry out one of my favorite activities – people watching. 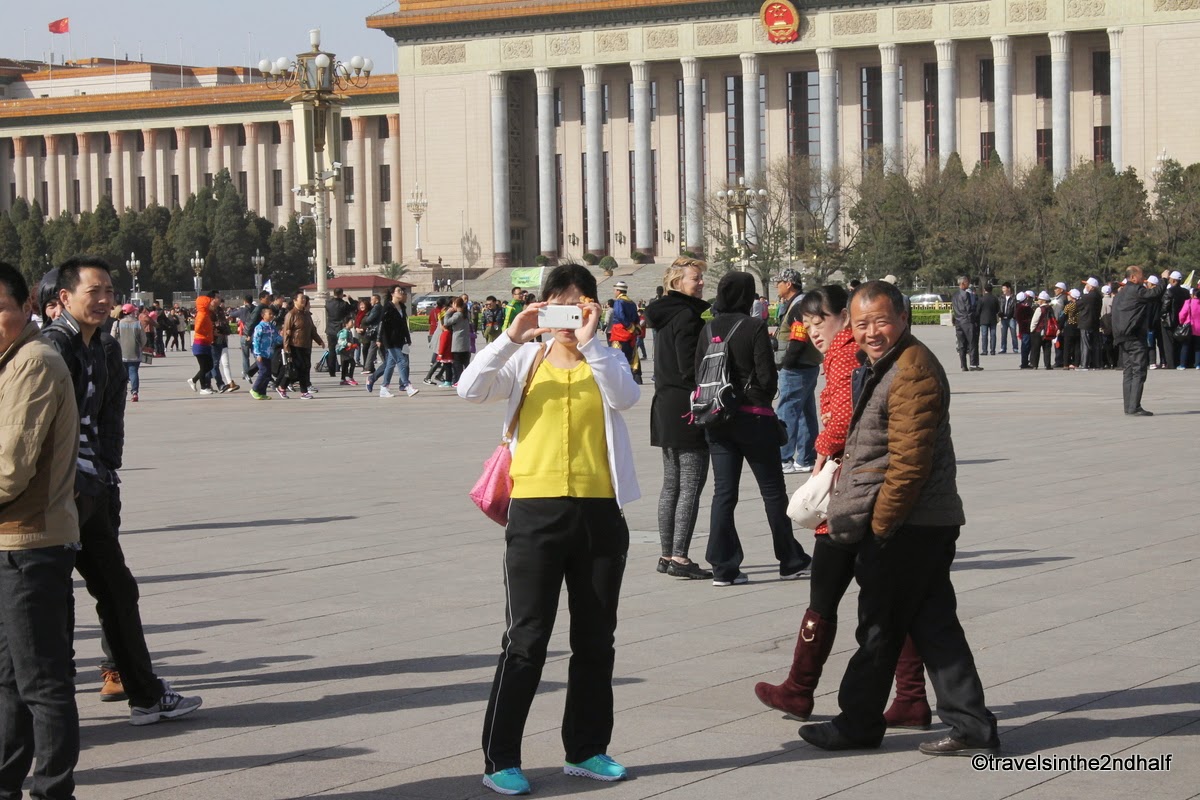 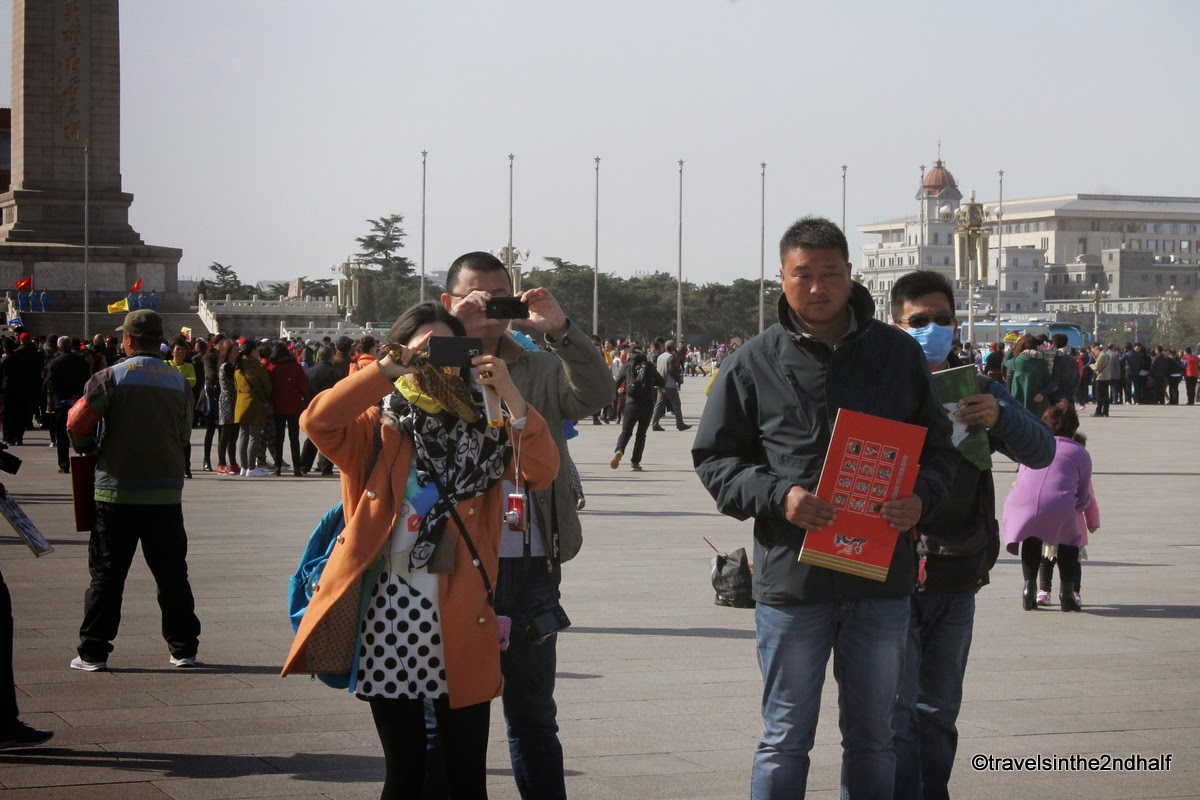 As you can see from the above pictures, our group became a focus of attention. Many people in China have never seen people of African descent, and so everywhere we went, cameras snapped pictures of our students. As first this was hard to get used to, but never shy, our students were very agreeable to having their picture taken.

Being in Tiananmen Square reminded me very much of Red Square in Moscow. It is a place of great historical significance, especially in the history of workers movements. It is a place filled with international tourists, and with people coming to pay homage to a great leader in the fight against capitalism.

China has changed a lot in the past 25 years. While it may ruled by a party that calls itself communist, capitalism is the operating system today. Walking into Tiananmen Square you pass many stores selling souvenirs. Inside the square there are photographers who work with your tour group and will take a group picture that will be placed inside a book of photographs of sights around Beijing for 80 Yuan (about $13).

What hasn't changed is the draw of a place that significance to people. As I noted earlier, This visit coincided with Qingming - Tomb Sweeping day. Similar to the Mexican Day of the Dead, this is a holiday for honoring ancestors. The biggest line I saw was the line to enter Mao's tomb. Thousands of people were there to pay respects.

Coming Next: Through the Tiananmen Gate and into The Forbidden City