Beijing off the Tourist Track - Part 2


Beijing is a huge city, even by New York standards. There are around 23 million people living in Beijing. It has been the capital of China for around 700 years. So there is a lot to see and do there. The thing is, if you are on one of those tours that goes to Beijing, Xian, Shanghai and a three day cruise down the Yangtze River all in 10 days.....there are a lot of tourist things that you will miss. So here are some things to do if you have a longer tour or more time in Beijing.

Originally built in 1694 as a palace for one of the princes, the building was converted to lamasery in 1722. Its size and place in Beijing attracted many Tibetan Buddhist monks.The Temple is actually a group of 4 main buildings with several out buildings and courtyards. As you move through the buildings the representations of Buddha get larger and larger ending with a statue that is  26 m tall carved from a single piece of sandalwood. 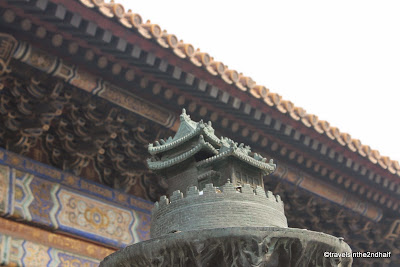 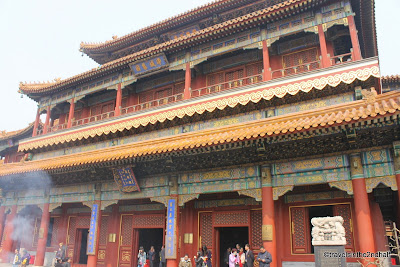 At some point your tour guide is going to take you to the Bird's Nest and The Cube. These are the Olympic stadium and Swimming venue from the 2008 Olympics. They are interesting to look at, especially if you drive by at night when the light shows are on. We visited on a very hazy day. 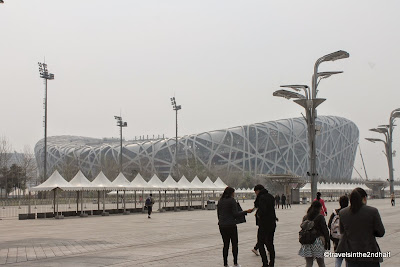 The Hutang is actually the name of the narrow streets and alleys in the oldest parts of the northern cities. The streets are lined with traditional courtyard houses called siheyuan. These houses are four small buildings built around a central yard. One building was for cooking and the other three were living quarters for family, children and servants. 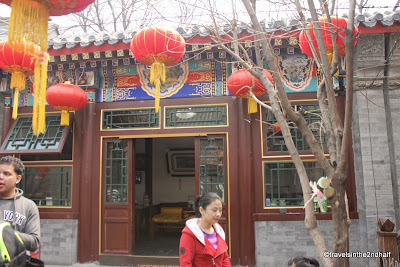 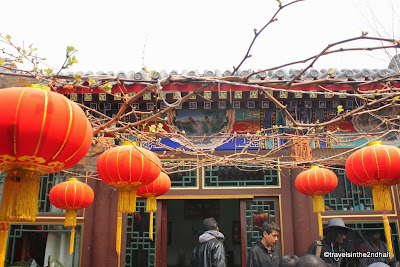 The tour through the Hutang, including a lunch in a siheyung was done by rickshaw. Today they use a pedicab. 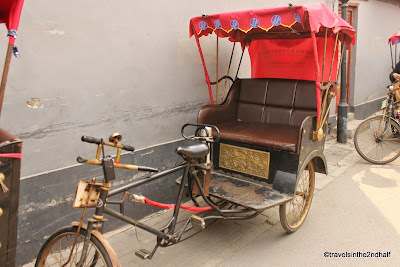 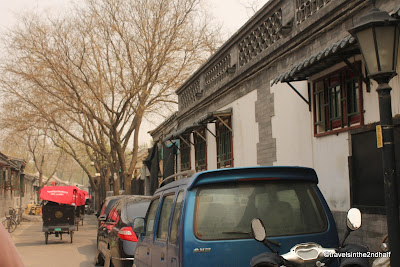 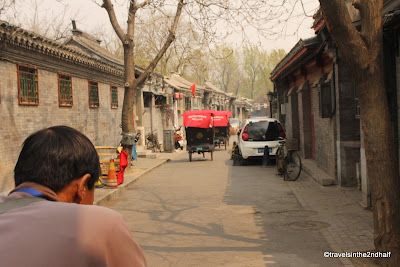 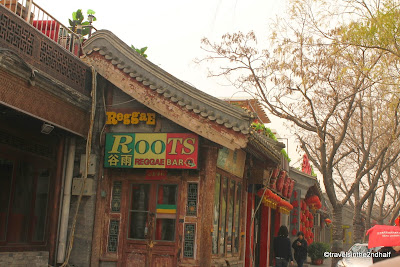 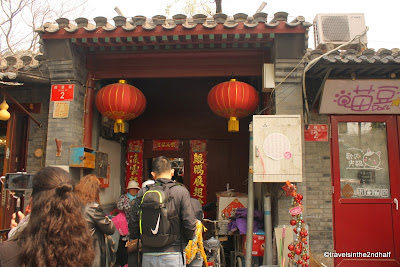 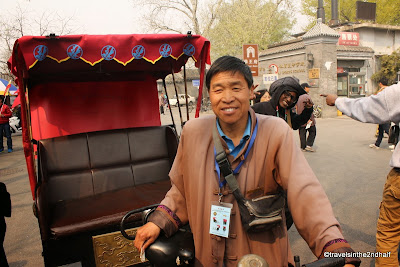 You might also get to traditional Chinese Acrobat Show. These are amazing feats of balance and strength 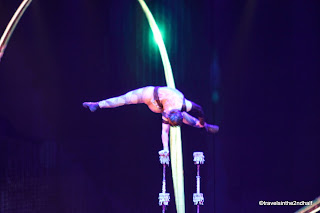 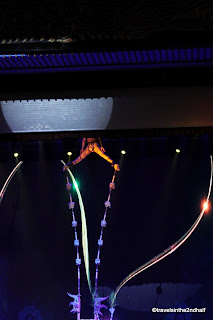 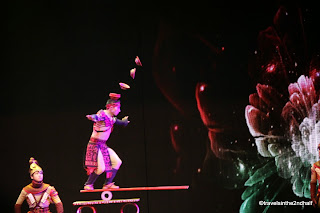 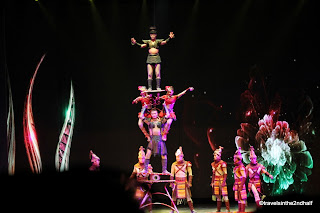 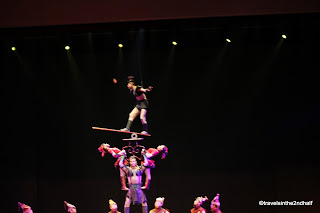 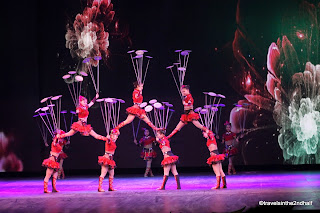 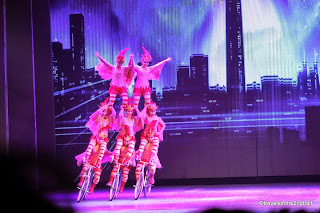 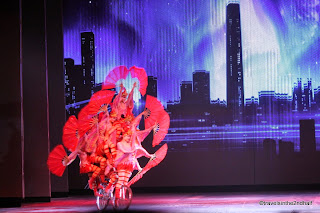