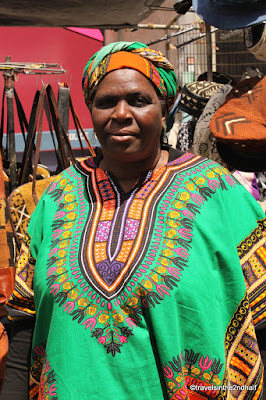 Every year on Memorial Day weekend the Fort Greene section of Brooklyn hosts a festival of African and African American culture - DanceAfrica. Starting as a 1 day festival in 1977, today DanceAfrica is a 3 day festival of  dance, film and music with a wonderful market place.

DanceAfrica takes place at the Brooklyn Academy of Music (BAM). BAM was founded in 1861 about a mile away in  the Brooklyn Heights neighborhood. It was Brooklyn's home to classical performances until 1903 when it burned down. In 1908 BAM reopened at it's current location, next to the Atlantic Ave. LIRR station on Lafayette Ave in Fort Greene. And it is a cultural icon in NYC. 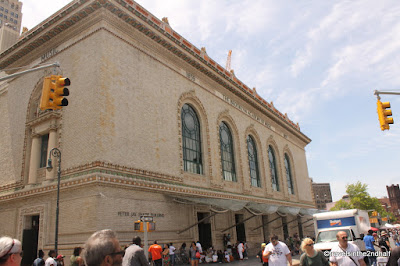 One thing that BAM prides itself on is its presentation of performances by a wide range of cultural performers. The offerings tend to go to the avantgarde. I saw a production of Hamlet staged by Ingmar Bergman in Swedish. It was amazing. BAM is home to operas that the MET won't touch, theater that would never make it to Broadway and movie festivals that highlight indie films.

BAM sits next to what will always be the Williamsburg Savings Bank building to me. An icon in Downtown Brooklyn, the tower can be seen for miles: 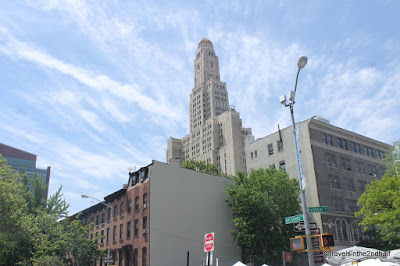 BAM sits in the Fort Greene neighborhood. In the 1970's and 80's this neighborhood was a tough one. But since then it has seen some major changes. Besides BAM holding on at one end of the neighborhood, another cultural icon opened shop several blocks away: 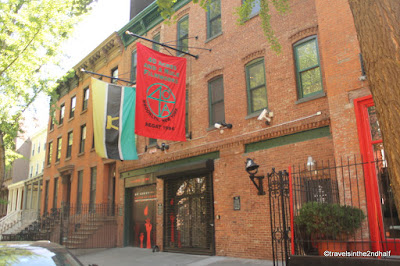 In 2004 Spike Lee moved his headquarters for 40 Acres and a Mule Filmworks to the neighborhood. By that time the growing African-American professional class had started to move in and fix up Fort Greene.

As I said above, DanceAfrica is now a 3 day festival. Its dance program usually consists of The Restoration Dance Theater Company, who host the festival every year, an invited company from the North-East U.S. and a Foreign company. I have seen several African companies, but also a troop called Peru Negro. This year the guest company was Balé Foclórico de Bahía. I had seen this company when I visited Salvador Brazil and they were even better this time.

For me, the best part of DanceAfrica is people watching. Folks come out dressed to impress and they are eye-catching: 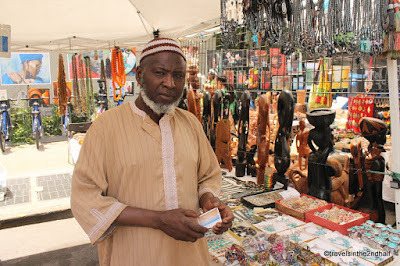 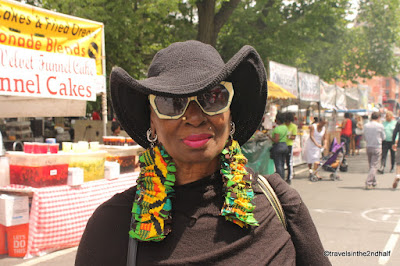 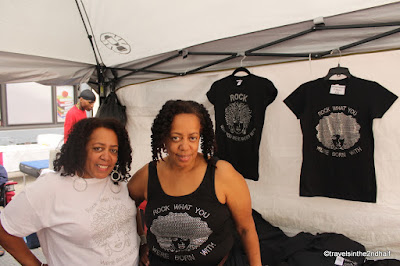 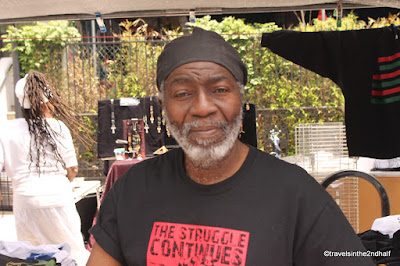 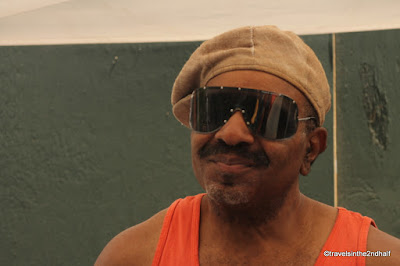 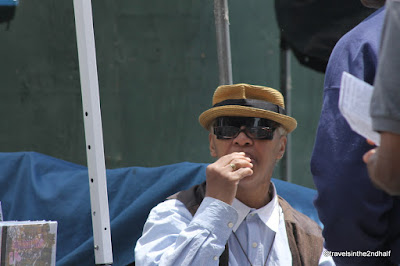 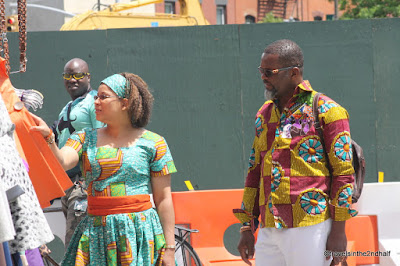