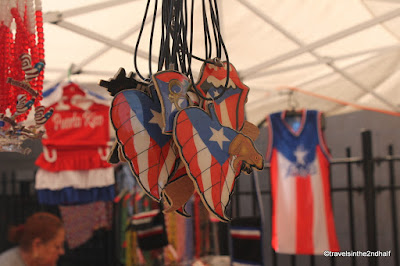 Loiza is a small town on the north coast of Puerto Rico. It is one of two towns that were founded by the descendants of slaves. Their African heritage continues in evidence today. For more information on the town you can see my blog entry here. In New York City there is a group of Puerto Ricans who trace their roots to Loiza and years a go the formed Los Hermanos Fraternos de Loiza. Every year for the past 37 years, this organization and the Caribbean Cultural Center African Diaspora Institute hold a three day festival in El Barrio to celebrate the Afro-Latino culture of Loiza. This is a wonderful party with cultural displays, music, dance and food. this year I had the honor to cover one day of the event.

The full name of the festival is The Festival de Santiago Apostol, but it is commonly known as the The Loiza Festival of El Barrio. For those of you who don't know El Barrio, it is the area of East Harlem going north from 96th street and east from 5th Ave. While much of this area was originally settled by Italian immigrants, in the 1920's it became home to the first influx of migrants from the island of Puerto Rico. As other groups moved out to the suburbs during the 50's and 60's more Puerto Ricans moved in and by the mid 1960's El Barrio had become the cultural home to Puerto Ricans living in New York. During the 19990's El Barrio changed again, most of the Puerto Ricans also moved on to the suburbs, following the path of ethnic groups before them, and new immigrants moved in, mostly from Mexico and Central America. Today the Hispanic culture of El Barrio is under stress as gentrification is taking place. Rents are rising and many poor people are finding it hard to live in the neighborhood.

Yet the Hispanic culture of El Barrio does continue. The neighborhood is filled with street art the celebrates that history. 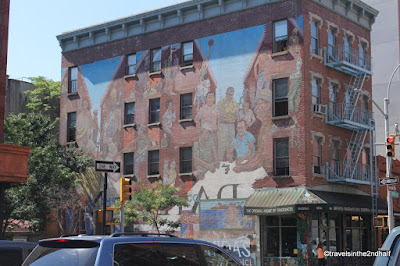 On of the most prolific and celebrated artists there is Manny Vega. Born in the Bronx, Manny's work can be seen throughout El Barrio. he is also an artist in residence at El Museo Del Barrio and The Guggenheim Museum.

These pictures are from a work called Espiritú on 105th street east of Lexington Ave. 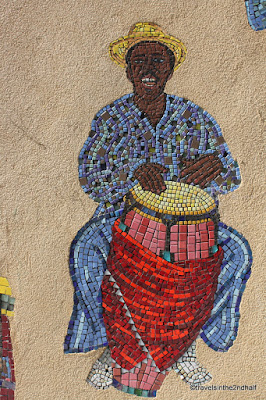 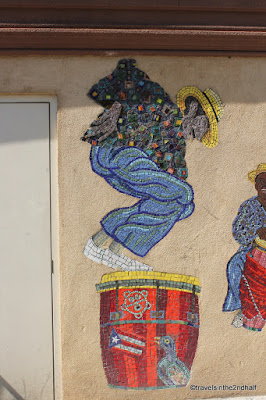 The Loiza Festival draws hundred of people each of its three days. One reason is the excellent live music performances. I saw two wonderful groups the afternoon I was there. The first is BombaYo! Bomba y Plena is a tradition form of music and dance from Puerto Rico that has its roots in the African slave community. It is comprised of a dancer, who leads the group and drummers who follow the rhythm of the dancer. they are usually accompanied by one or more singers.


If you are interested in learning more about dancing Bomba, there is Bombazo Dance company. Founded by Milteri Tucker, the company runs classes and workshops for dancers of all ages. Dance class for adults are Saturdays from 12 noon to 1pm at Casita Maria located at 928 Simpson street in the Bronx 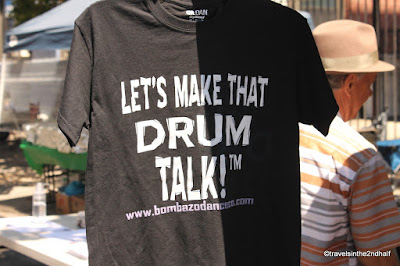 The second group I saw was Retumba! Retumba is a multi-ethnic all female music and dance ensemble Founded in 1981, it ties together rhythms and cultures of African Europe and the Caribbean into a wonderful performance.

The Festival of Loiza is a fantastic celebration of Puerto Rican culture, but the real reason I came to cover it was that this year it included a tribute to "La Casita," a true icon of the culture of the  island. More on that tribute in my next blog piece.
Posted by Jonathan L at 7:24 PM