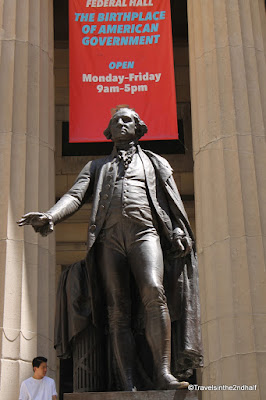 One like walking around New York City, because there are is history everywhere you go. Sometimes that history is in the streets and neighborhoods you walk through. But New York City also has one of the highest concentrations of National Monuments in the country. In fact there are 12 national parks and monuments within the borders of the city. This summer I was able to visit three of these local monuments that I had never visited before. These monuments came from different parts of the history of the United States. They represent people or places that played a key role in the history of the United States.

Federal Hall is located at 26 Wall Street in NYC. This was the site of New York’s first City Hall. That building played a key role in the formation of the United States.

NYC’s First City Hall – via New York Historical Society
Built in 1703, this building was the seat of the colonial government in New York. It was also where the representatives of the 13 colonies meet in 1784 to write United States Constitution. It is where George Washington was sworn in as the first president. That building was torn down in 1812. But the current building was built in 1842 as the U.S. Customs House which it was until 1862, when the Customs House moved. It then served as a sub-treasury building, holding gold and silver in its basement until the Federal Reserve Bank opened in 1920. In 1939 it was designated as a national memorial. Today it serves as a museum and gallery space. 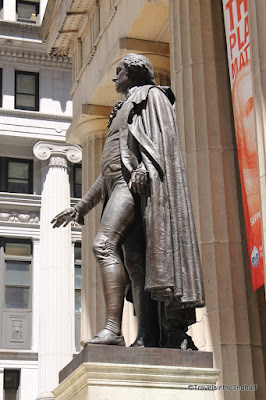 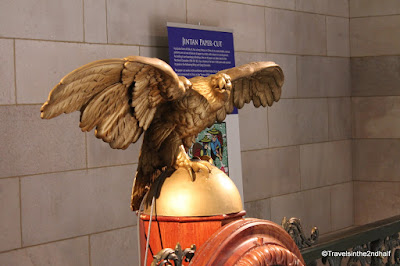 When I visited the Federal Hall was hosting two Chinese artists. Sun Yanyun creates beautiful needlepoint pieces in a petti point so small that the finished works look like paintings. Yang Zhaoqun is a master paper cutter. His work is beautiful and intricate. His subjects covers both Chinese history and mythology. 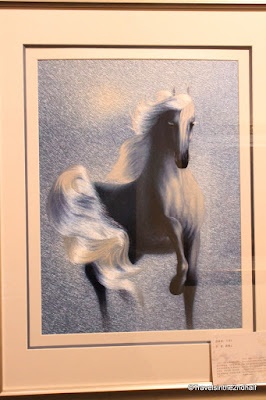 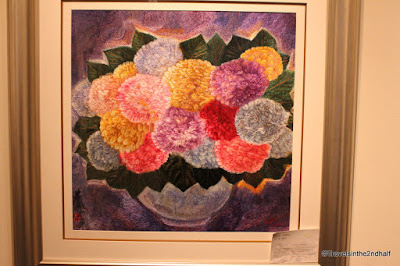 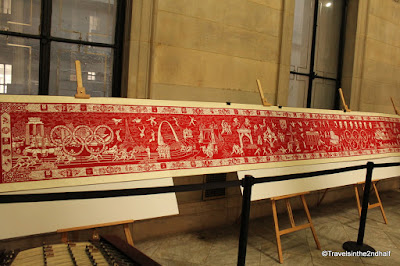 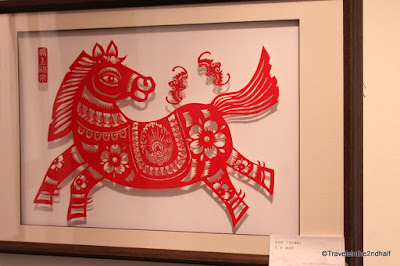 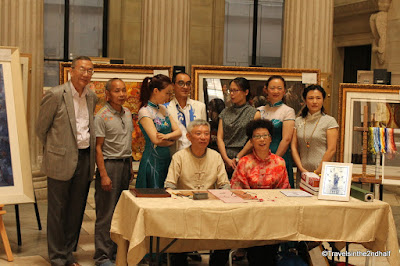 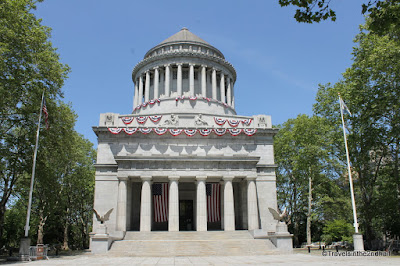 Grant’s Tomb is the final resting place of Ulysses S. Grant and his wife Julia. Grant was the lead troops of the United States Army during many major victories in the early parts of the Civil War. He moved up through the leadership of the Army, with President Lincoln appointing him commander in chief pf the United States Army in 1864. He held this position until 1868, giving military leadership to the Reconstruction. This brought him into conflict with President Johnson, who felt that the laws of Reconstruction were too tough on the south. Grant replaced Johnson on the Republican ticket in 1868 and was elected president. Unfortunately his efforts to ensure that the laws of Reconstruction were continued were thwarted by local KKK type organizations and a conservative Supreme Court.

Grant also had a more liberal view of relations with Native Americans. He appointed Ely S. Parker, a member of the Seneca Tribe as Commissioner of Indian Affairs. He bright to an end the policy of forced removal of tribes. But as European-Americans continued to push west and as the drive for gold continued there were again conflicts.

Grant served as President until 1877. Upon leaving office he and his wife took a two year tour of the world. He then retired, and when he died in 1885 he was virtually pennyless, his surviving on selling articles to magazines about his exploits in the Civil War. During the last year of his life he wrote his memoirs, which were published after his death, earning enough money to make sure that his widow Julia was okay.

When Grant died there was a movement to build a monument to him in NYC. Land was brought on the bluffs overlooking the Hudson River near Columbia University. It took twelve years, but Grant’s Tomb was finished in 1897. Today it sits in Riverside Park at 122nd Street. 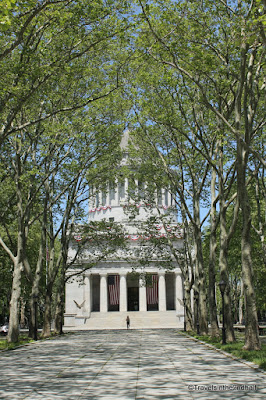 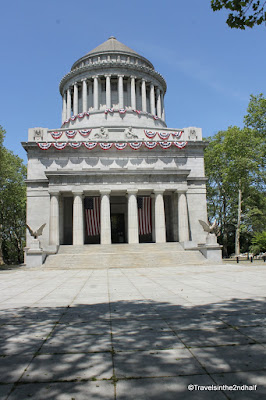 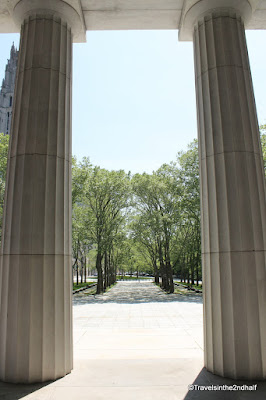 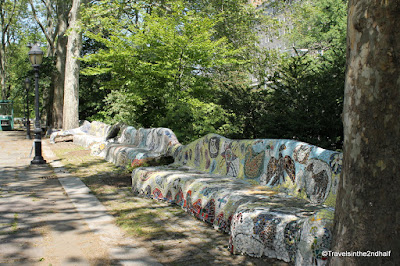 Many people don’t know this, but prior to the American Revolution, New York City had the largest number of enslaved Africans other than Charlestown, South Carolina. While the Africans lived in the colonial city, they were not allowed to be buried there. Instead they used a burial grounds outside the walls of protecting the colony.

In 1991 the Federal Government was tearing down a building on Duane Street to build a new office building. They unearthed the burial ground with the remains of over 400 people. What followed was a year of debate on what to do. During the excavation, as the extent of the site became obvious, there was a growing movement, led by people in the African-American community, to develop a major memorial. This was due to the fact that the history of slavery in New York City had been pretty much removed from the narrative of the city. Eventually Congress passed a law establishing the memorial.

The remains were carefully disinterred and taken to Howard University for analysis. The bodies were reinterred in 2003 with a ceremony that included the “rites of ancestral return” organized by the GSA and the Schaumburg Center and attended by several thousand people.

The African Burial Ground National Memorial, which opened in 2007, was designed by Rodney Leon and Nicolle Hollent-Denis and AARRIS Architects. The monument includes a granite structure made of stone from South Africa and the United States called “The Door of Return” and reference to the “Door of No Return” through which Africans passed from holding prisons to ships at the start of their forced journey to the Americas. A visitor’s center opened in 2010 with an excellent series of exhibits and a film that gives the historical context of the burial site and the struggle for its development. 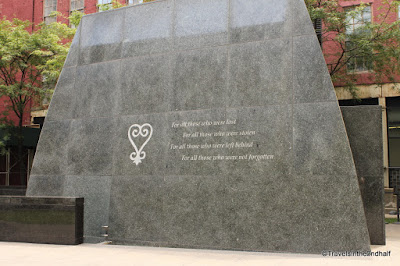 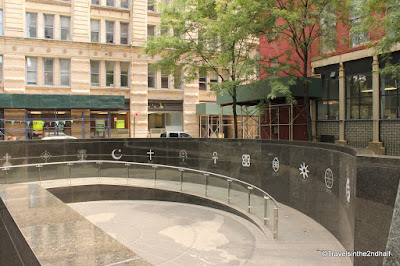 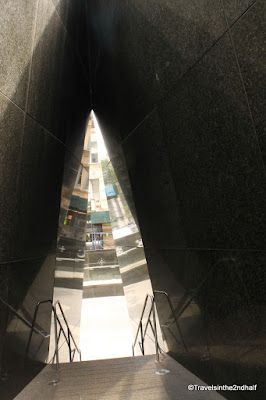 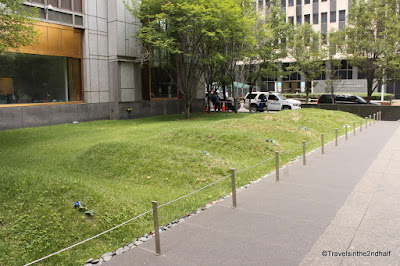 Grant’s Tomb – located at the corner of 120th Street and Riverside Drive. Take the #1 train to 116th street or 125th Street stop.

The African Burial Grounds – Located on Duane Street between Broadway and Foley Square. The Visitor’s Center is at 290 Broadway, just south of Duane Street. Take the 4,5,6,N,R trains to City Hall or the J,Z trains to Chambers Street.