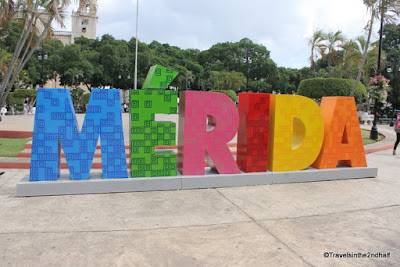 Have you ever walked down a street, and thought “I wonder what this place looked like five hundred years ago? There aren’t too many places in the United States where you can, but travel south to Latin America and you find older cities thanks to the settlements of Spain. There are many beautiful colonial cities in the Americas. Spain had the money and time to build and develop permanent footholds throughout the Western Hemisphere. San Juan, Havana, Lima all are old and lovely, but no colonial center is as large as Mérida Mexico, capital of the Yucatán.

The city of Mérida was founded in 1542, it was built on the site of the Mayan city of T’hó which was a major Mayan center with a large population and five pyramids. T’hó dates back several centuries before the Spanish came to the Americas. While the Mayan city had been largely abandoned by the time that Spanish arrived, its temples provided the raw materials that were used to build most of the main structures in town.

The colonial center of Mérida is still the center of city’s cultural and commercial life as well as a large number of colonial buildings, homes and churches. One fine example is St. Ildephonso Cathedral. Opened in 1598, the Cathedral is built of stones from original Mayan temples that occupied the area. Many of the original artifacts were removed during the 1915 revolution, but architecture of the building is wonderful, with high arching ceilings and a towering dome over the altar. 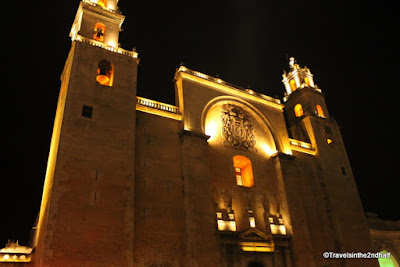 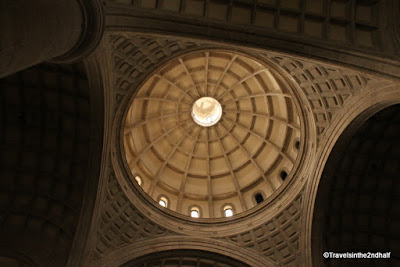 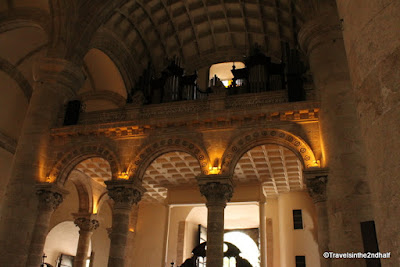 The Cathedral sits on the east side of the main plaza in Mérida. This beautiful square is a center of public life in the city. Called the Plaza Grande and also the Zócalo, this square is home to many public cultural events, including many weekly free events that celebrate Mérida’s history. I am big fan a people watching, and the Zócalo is an excellent for that. I visited the city during the week of the Nov. 1st Day of the Dead and all Saints Day holidays. The Plaza Grande was abuzz with activity. But mostly it was a place that families came to spend some time. 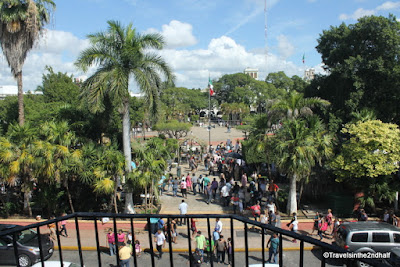 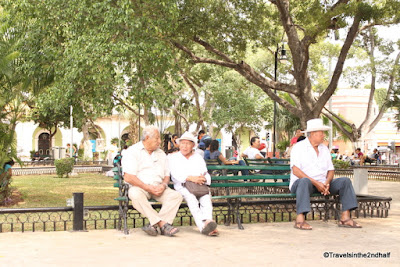 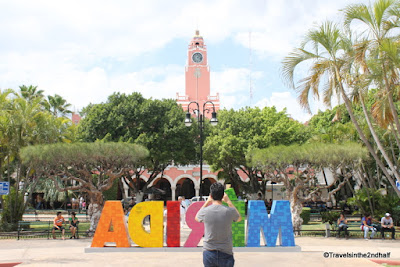 The main square is surrounded by a number of historic buildings. On the southern side of the Zócalo is the Casa Montejo, home to the conquistador Francisco de Montejo. Built in 1549, the descendants of the original governor lived here until the 1840’s when Mexico gained its independence. Today it serves as a museum of life in the 1700’s with rooms furnished with pieces from that era. It is also home to Bank of Mexico office and a lovely courtyard and garden. 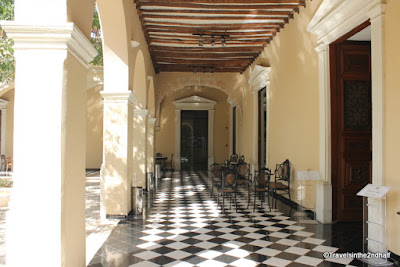 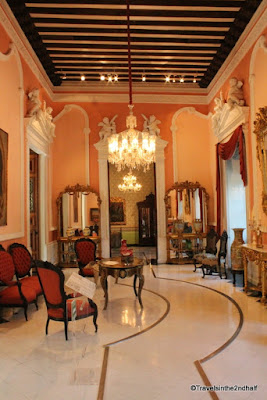 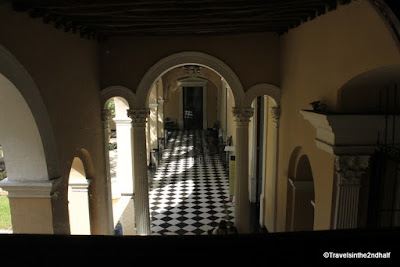 On the north side of the square is the Governor’s Palace. Now home to the Mayor’s office, on permanent display are a series of murals by Fernando Castro Pacheco, a Merida native. The murals embody the many aspects of Merida’s history. Two murals on the first floor represent Mexico and the city of Merida, and three more over the stairs give a more spiritual view of the city and its history. But the most important murals are in a gallery on the 2nd floor. This collection shows life under the colonial Spain. And it does not shy away from the brutality of Spanish. The paintings show how indigenous people and peasants suffered. It also depicts the rebellions against Spain. The paintings were restored in 2014 and are a must see when you visit.

When you visit Mérida you are coming to a place with a long history, and with a lot to see. So come ready to spend some time.