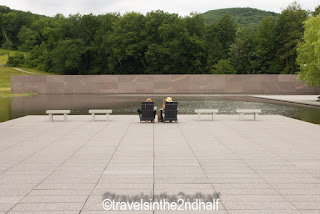 For many years my parents spent the summer in the Berkshire Mountains of Western Massachusetts. It was their escape from New York City’s summer heat. They chose the Berkshires because it offered the coolness of a summer in the mountains along with the culture of a big city. The Tanglewood Festival is the summer home of The Boston Symphony Orchestra. There are several summer stock theater companies. Jacob’s Pillow presents dance companies from around the world. And there are some excellent museums. 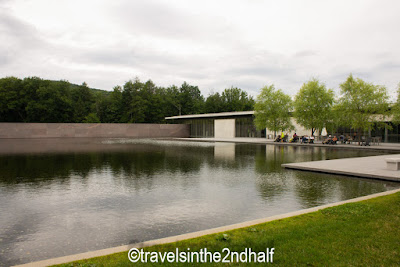 Top among the museums, in my opinion, is The Clark Art Institute in Williamstown MA. This museum and research center started as a home for the collection of Robert Sterling Clark and Francine Clark. They began buying art while living in Paris between the World Wars. By the end of the Second World War, the Clarks were living in New York City, where they maintained their private collection. As the Cold War grew they became concerned that an attack on New York would destroy their art works, so they began to search for a safer place. Sterling’s grandfather and father had been on the board of Williams College in northwestern Massachusetts, so it was natural that they would consider joining with that institution to create a new home for their collection. In 1950 the charter establishing the Clark Institute, in collaboration with Williams, was signed.

The original marble building opened in 1955 to house their fine assemblage of works by European and American artists. It included a large number of Impressionist paintings. Degas, Rodin, Monet and Cassatt are all well represented. There are also some excellent pieces by Winslow Homer. Today, the original building is the home to the permanent collection of the museum. 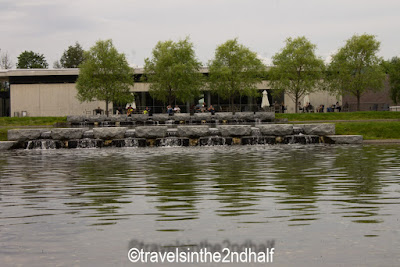 Over the years, the Clark has grown. In 1973, a building dedicated to the institute’s research program opened behind the museum. Between 2008 and 2014 major changes were made. In 2008 the Lunder Center at Stone Hill opened with new exhibition spaces. The grounds were landscaped with hiking trails and a reflecting pool was installed. In 2014 the Clark Center opened. It provides 11,000 square feet of exhibition space, a new store and café and now serves as the entrance to the museum. The Clark Center is where the Institute houses its yearly special exhibitions. 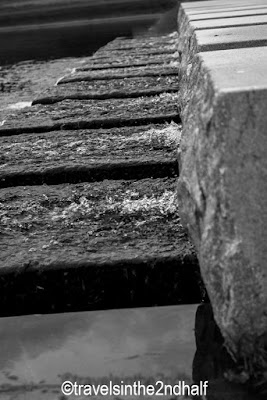 I had not visited the Clark in more that 10 years. What brought me up from New York this year was their special exhibit – “Women Artists in Paris 1850 – 1900.” Paris was the center of the art world at that time. Artists traveled from all over to study there and to work with each other. While the male artists of this era are well known, their female compatriots are not. The exhibit offered a chance to explore excellent art by artists that were new to me.
Two of my favorite pieces were paintings by Louise Breslau. One is The Friends, a painting that shows the artist and her roommates, Sophie Schaeppi and Maria Feller. This piece is exhibited back to back with Tea at Five O’clock which presents a husband and wife having tea with a female friend. What I found fascinating is the presentation of intimacy between the women in both of the works, while the one man is shown on the periphery. This theme, intimacy between women, is prevalent throughout the exhibition. Women were not treated as “serious” artists by most of the (male) leaders of the Paris art community. They were told to paint “domestic scenes” and landscapes, which were considered to be of minor importance. They were barred from many of the schools and academies. The women in Paris relied on each other, they formed their own associations, and they proceeded to show just how much beauty there was in these “lesser” subjects. 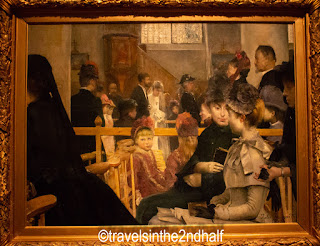 There were two other pieces that stood out to me. One was The Marriage by Julie Delance-Feurgard. In this painting the focus is on the mother, and three girls attending the ceremony. While one of the girls is enraptured by the bride walking down the aisle, the other three are paying her no mind. In fact, the youngest girl is spending her time watching the observers. When you finally look at the bride, you notice that she, too, is looking towards the us, rather than to her husband. 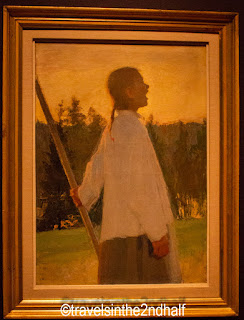 The other painting, I loved was The Echo by Ellen Thesleff. Ms. Thesleff is one of several Scandinavian artists of whom I had never heard before this show. Here a young girl is testing the range of her voice as she enjoys playing with a valley’s echo. She stands in a meadow, her body tense with both effort and anticipation.

Williamstown is a three-hour drive from both New York City and Boston, so when you visit you might be staying overnight. If so, here are some other recommendations of things to do in the area.

Mount Greylock – At just short of 3500 ft (1050 m), Mt. Greylock is the highest natural point in the state of Massachusetts. It offers wonderful views of the valley around it, and from its summit you can see all the way from Vermont to New York. 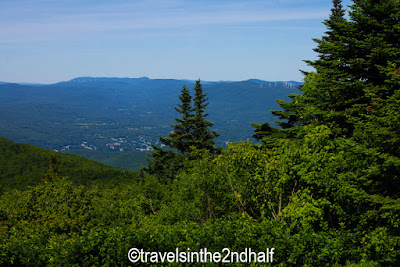 The Williams College Art Museum – (Williamstown, MA) offers a wide range of art in its collection, with a focus on contemporary art and photography.
The Massachusetts Museum of Contemporary Art – (North Adams MA) Housed in an old factory building, MassMOCA is home to both ongoing and temporary contemporary art exhibits. It is also home to the Band on a Can music festival.

Food – Williamstown is a college town, so there is a wide variety of eating choices. Spring Street, in the center of town, is home to many good restaurants. I recommend The Blue Mango, for Thai and Pera for Mediterranean cuisine. There are also Indian and Italian options.

Lodging – We stayed at the Berkshire Hills Country Inn, which is on Route 7, about 5 miles south of the center of Williamstown. This is an older, but well-maintained motor-inn. The rooms are clean and mattresses new and firm.

Williamstown is in the northwest corner of Massachusetts, at the junction of Route 2 and Route 7. It is a 2.5 – 3-hour drive from both New York City and Boston, and about 45 minutes from Albany NY. There are many choices of routes, almost all of which take you through some beautiful scenery. I suggest taking Route 22 north from Brewster NY, and then 43 east from Stephentown NY into Williamstown. From Boston I would take Route 2. Both of these routes will take you through beautiful country and wonderful small towns. They are not the fastest routes, but it is good to slow down and enjoy the view.
Posted by Jonathan L at 5:00 AM