Sometimes you are in a city with an hour or so to kill. Some people look for a coffee shop to spend that time. Some look for a bar. Me, I look for a good gallery or a small museum. Luckily, New York is filled with great choices. Two of them are on the Upper West Side of Manhattan, The Bard Grad Center Gallery and the American Museum of Folk Art.

Bard College is a small liberal arts school, whose main campus is located about 90 miles north of the city. The college has a graduate program, based in New York City, that offers degrees in decorative arts, design studies and the history of material culture. The Bard Grad Center resides in a six-story building on West 86th street. The building houses its classes, research spaces and three floors of gallery space where they present exhibitions that highlight the history of culture through objects. 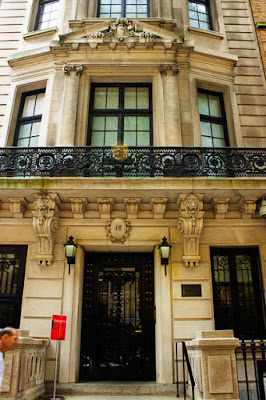 When I visited in June, there were three exhibitions on display. The first was a show on the changes in typography and graphic art that took place during the 1920’s . It did so using the work of Jan Tschichold (1902-1974) as a lens. Tschichold was a German graphic artist, and an innovator of “typographic modernism.” In addition to designing new typefaces, he literally wrote the book on the subject. Tschichold moved to the United States before the outbreak of World War II, and was known for designing the iconic look of Penguin Books in the 1940’s.


Also on display was “The Story Box: Franz Boas, George Hunt and the Making of Anthropology.” Frank Boas was a German-American anthropologist who argued against the racism and Eurocentric heirarchism that permeated (and continues to permeate) the field. He believed that there was no biological basis for the concept of race and that societies should not be ranked a “higher or lower.” George Hunt, the child of a Tinglet mother and a European father, was born in Prince Rupert BC. He was a linguist and ethnologist. Together they studied the culture of the Kwakwaka’wakw people in British Columbia. The exhibit explored the historical context of their work. It delved into the issues of appropriation of cultural items and their return. It presented actual and recreated articles along with archival photos and historical explanations of the research done by these men.


Another small museum in the area is the American Folk Art Museum. Located across the street from Lincoln Center, the museum has a large collection of “self-taught” art created in the United States. The museum used to be located next to MOMA, on 53rd street. However, due to financial issues, the museum was forced to sell its buildings there and it moved to it current, if smaller space. The collection includes paintings, sculpture, quilts, and furniture. It is a fascinating look at the history of art and crafts in this country. I really enjoyed some of the historical paintings of New York City, and the three-dimensional objects, especially those that were used as advertisements for businesses. 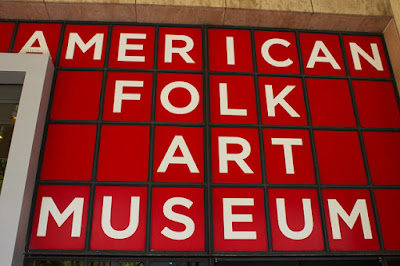 Seeing good art doesn’t have to be and all day affair. There are many small museums and galleries where you can stop in if you have an hour to kill, and they offer some great works.
Posted by Jonathan L at 5:00 AM