After spending a week taking the “Seeing Light” photography course in Santa Fe, it was time to put what I learned into practice. So I drove from the capitol to the town of Taos, taking the High Road To Taos Scenic Byway.

My first stop was at Nambé Falls, which is about 17 miles north of Santa Fe in the Nambé Pueblo. As your drive in, you arrive at an area with camping and picnic sites. There are two hike to the falls. One travels along the riverside. It is relatively flat and ends at the bottoms of the falls. According to reviews it is a nice walk, but they all warn that you will get wet on this trail. I had several hours of driving ahead, so I chose option two. This is a hike up to an overlook of the falls. At 0.5 miles, it is not a long hike, but you will climb over 200 feet in that distance. Given that the trail starts at 6500 ft of elevation, it takes some work, and rest sops were a must for me. From the top of the trail there is a good view of the falls, although in July, they’re not at full force, and partially hidden by other rocks. That being said, it is a beautiful walk, and the overlook is a really nice place to sit and enjoy nature. 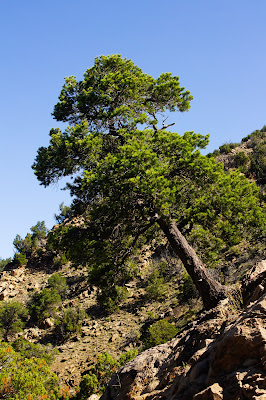 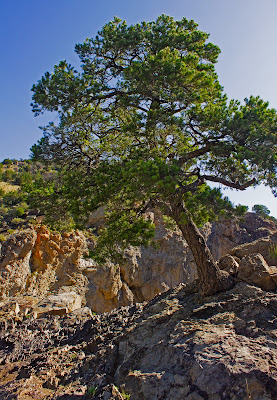 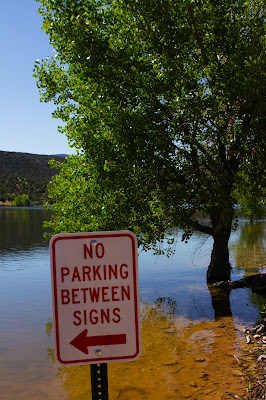 My next stop was the unincorporated  town of Las Truchas (pop. 560). Truchas sits on a ridge, about 8000 ft above sea-level. It is home to the 200+ year-old Nuestra Señora del Rosario. Unfortunately the church was closed on the day of my visit. However, I did find that the two was holding a parade to encourage kids to participate in the summer literacy program. In 1988, Robert Redford used Las Truchas as the filming site for his film The Milago Beanfield War. Before leaving town, I stopped at the Truchas General Mercantile on Route 76, north of the center of town for a pit stop. I was greeted by two very large, but friendly dogs, and equally friendly staff and owner. The cappuccino was good, and the scone was excellent. 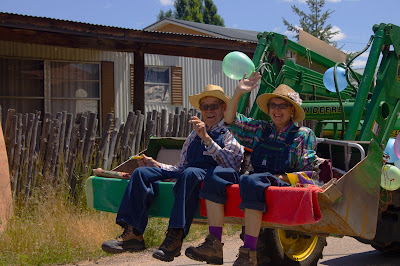 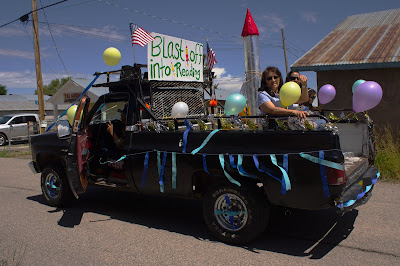 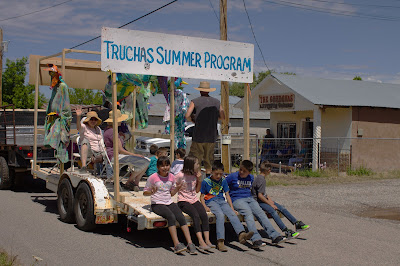 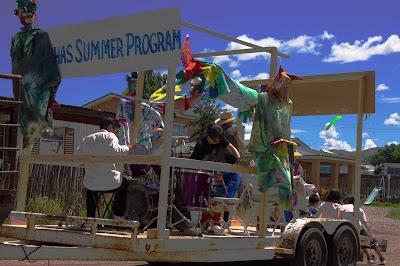 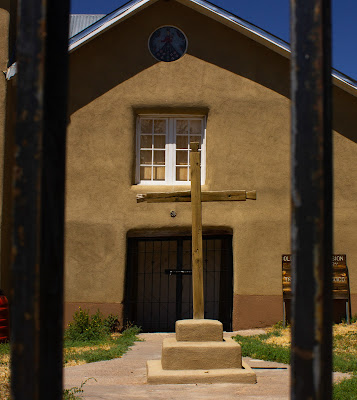 Leaving Las Truchas, it was a beautiful drive through the Santa Fe national Forrest to the town of Las Trampas (pop. 66). Sitting in a little valley, at an altitude of 7000 ft, Las Trampas’ main attraction is the San José de Gracia Church, on the town square. The Church is around 200 years old, and its ground consist of an extensive graveyard. 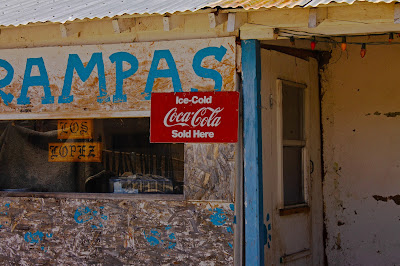 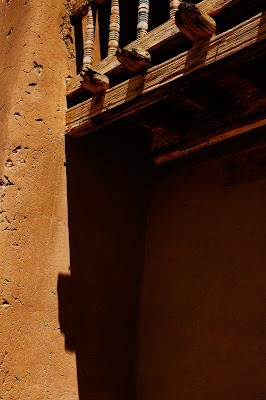 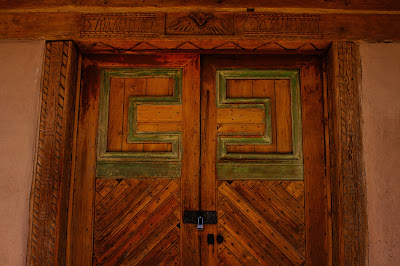 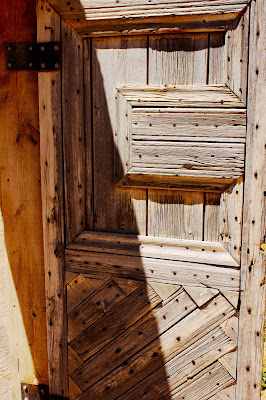 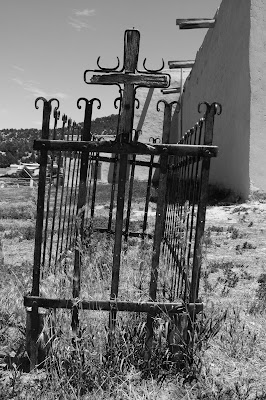 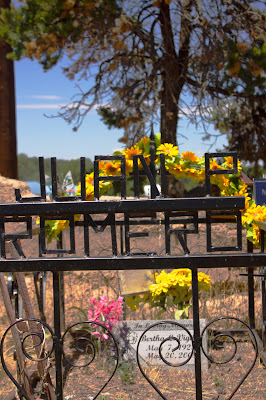 The last leg of this journey continued through the Santa Fe National Forrest and brought me into the southern end of Taos. It had been a wonderful morning traveling along the back roads of New Mexico and through the Sangre de Cristo mountains.

Nambé Falls: From Santa Fe, take NM 84 north for 17 miles to NM-503. Turn right onto 503 east. After 3 miles turn right onto Poechunu Poe. Travel for 7 miles to the tribal gate. There is a $15 fee for entering the Pueblo.

Las Truchas/Las Trampas: From Nambé take 503 east to NM 76. Turn right onto 76 north which goes through both towns.