Cooperstown NY, Home to more than the Hall of Fame


Here’s a question, What if you are in Cooperstown New York, and you have no interest in the Baseball Hall of Fame? What is there to do? Well, actually, there is a lot going on, and here is some of what I found on a beautiful fall day. 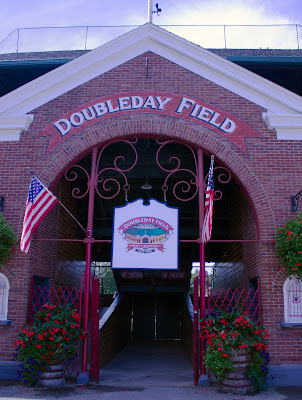 My first stop was at Doubleday Field, two blocks down Main Street from the Hall of Fame. I visited on a day when there were not a lot of people in town, and the Doubleday Field parking lot was convenient, and at $2/hour, reasonably priced. The field opened in 1920, and its current stands were built as part of a WPA project in 1939. From 1940 through 2008, Doubleday Field was home to the Hall of Fame Game, a mid-season exhibition game between an American League and National League team played during the Hall of Fame induction weekend. Since 2009 it has hosted an Old-Timers game in conjunction with the ceremony.

Today, the field is available to be rented for games and tournaments and the stands are (usually) open for free. The day of my trip, there was a weekend tournament of senior teams from the Baltimore area. They were all wearing some variation of orange and black. 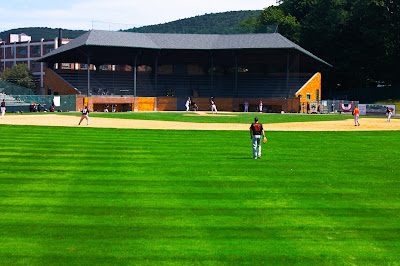 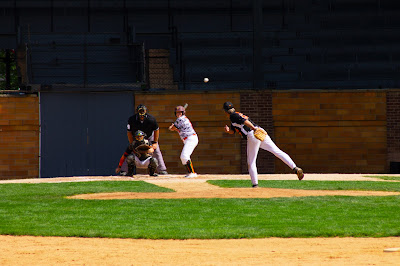 After spending some time at the field, I headed for my main interest - The Fenimore Art Museum. What I quickly learned was that those who live in Cooperstown do not have the best concept of distance. Two different people assured me that the museum was “about half-a-mile” away. In fact, it is about three times as far. It was a beautiful walk through the town along Lake Street, which parallels Otsego Lake, although there is no sidewalk for about half of the walk. Along the way, I passed on the highest rated resorts in the country - The Otesaga Resort and its Leatherstocking Golf Course. Both sit overlooking the Lake. The resort opened in 1909, and still operates today from April through Thanksgiving.


As I headed for the museum, I also passed The Farmers Museum.The Museum represents 19th century rural life through its two dozen authentic buildings and over 20,000 artifacts. The farm itself was originally owned by James Fenimore Cooper. While it passed through several families after he died, in 1944, it opened to the public as part of the New York Historical Society. Over the years, many buildings from the 19th century were moved to the site, and today visitors can experience aspects of life in those days. Visitors can enjoy the  Empire State Carousel, which depicts the history of New York in its art work and the twenty-five hand carved animals that you can ride on. You can also visit the Cardiff Giant, a 19th century hoax that supposedly represented the body of a ten-foot tall giant. 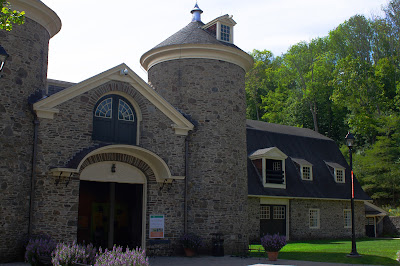 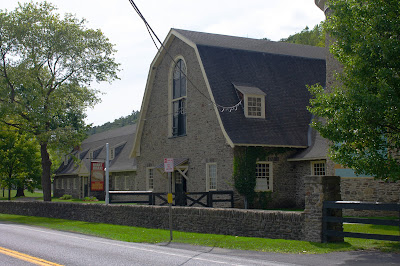 My walk ended at the Fenimore Art Museum, which occupies James Fenimore coopers farm-house. I sits on a rise that looks down on Otsego Lake. Its collection represents both fine and folk art from New York State, and the rest of the country. It also houses the Thaw collection of American Indian Art. I brought lunch from the cafe and went out to the beautiful terrace to enjoy it. On the day of my visit there was an exhibit of paintings by William Sidney Mount, and composer and artist, who was born and lived on Long Island. His work often depicted musicians, and was also known for realistic portrayals of African Americans. 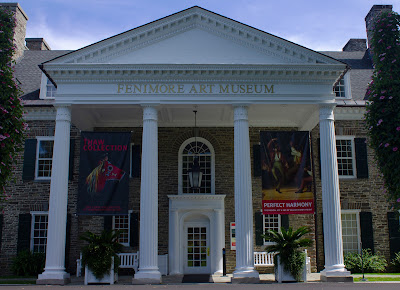 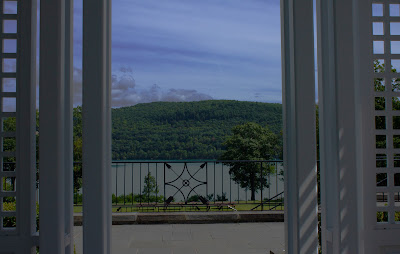 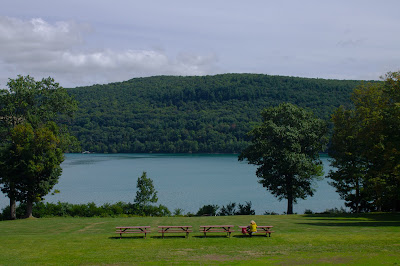 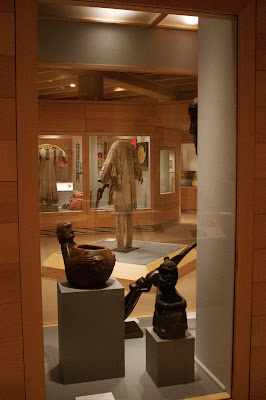 So, yes, there are many things to do in Cooperstown, even if you aren’t interested in the Baseball Hall of Fame. So come and enjoy your time there.

The Farmers Museum - Open from April - Halloween, Tue-Sun, and May - Columbus Day, every day.
Admission: Adults and Teens $12/ Seniors $10.50

Tickets bought are good at both of these museums.
Posted by Jonathan L at 9:20 AM