Some people can head to a resort and just sit on the beach for a week. They are happy to enjoy the sun and sand. But they learn nothing about the country they visit. That is not how I or The Amazing Ms. D travel. So, during our visit to Costa Rica, we hired a driver to give us a private tour of some of the local towns in Guanacaste Provence. We wanted to have a chance to explore a little of the lives of Costa Ricans, or as they call themselves, Ticos. 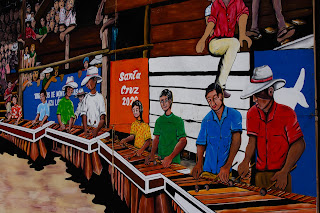 Our guide picked us up on a Saturday morning, and we headed for our first stop, the city of Santa Cruz. Santa Cruz if the second largest city in Guanacaste. It has a population of around 25,000 people. The city reminded me of many towns in Central America and the Caribbean that have roots in the Spanish colonial era. Its narrow streets are lined with low buildings, with awnings and balconies that provide shade for the people walking below. We parked near the Bernabela Ramos Park, one of the town’s main squares or locals. The center of the square has a covered bandshell that is modeled after the area’s native heritage. There are tree-lined paths and the parks northern side has a stage and performance space that is used to celebrate it festival days. 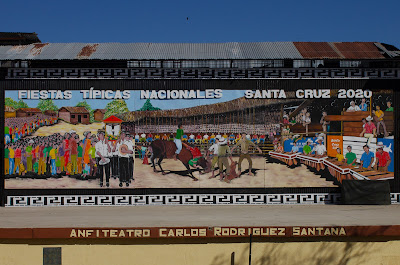 Across the Calle Centrale from the square is the Iglesia Santo Christo de Esquipulas. Santo Christo de Equipulas is one of the “black christ” churches that created by Spanish Missionaries in their effort to convert natives and enslaved Africans. The original church building had fallen into a state where it needed a lot of repairs, and it was torn down, and and replaced with a more modern building. The new church is beautiful in simplicity and its feeling of open space. It is an amazing counter to the tradition of catholic churches, especially in Latin American countries. 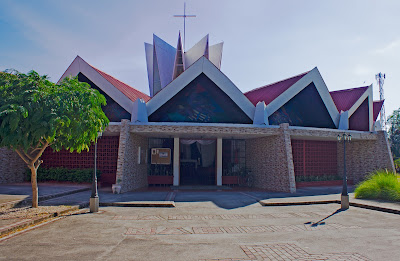 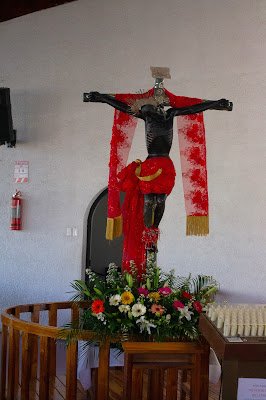 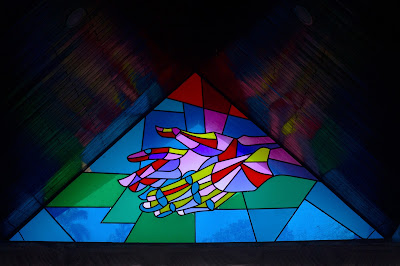 Our next stop was in the town of Guaitil. This small town is known as the Pottery Capital of Costa Rica. Guaitil is filled with potters who maintain the Chorotega pottery style. We stopped at the Taller CUDEG, where we met Andy Campos and his wife Maria José Noguera. Maria gave us a tour of their workshop, along with an explanation of the Chorotega process. The hand-made pottery is produced in earth tones, made from local clay and hand-ground volcanic stones. The clay is shaped, dried and polished using pieces of plastic recycled from bottles. The designs are painted onto them with pigments produced from natural stones and materials. The pieces are again allowed to dry, and then they are fired in traditional beehive ovens. The designs have been produced in the area for hundreds of years. 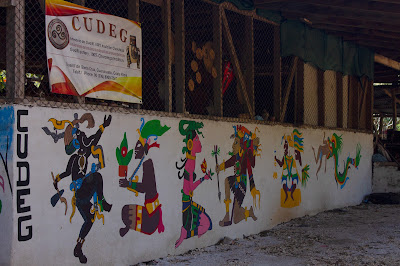 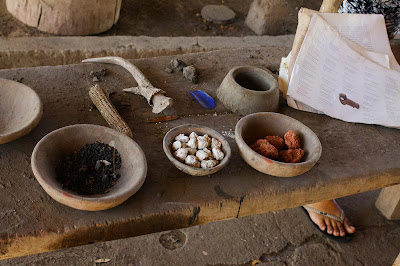 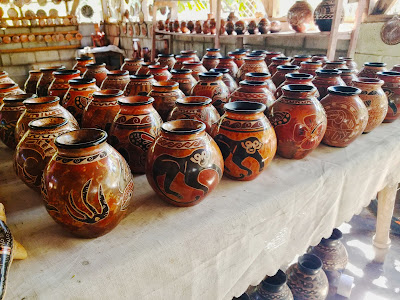 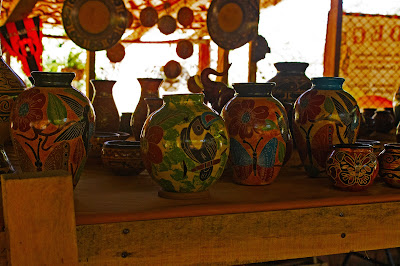 Our final stop was in the town of Belén. This town’s population is made of farm workers and people who work in the tourist industry. We came here for lunch, and a special treat promised by our guide. Lunch was at the Soda Chicharronera del Almendra. A “soda” is a small restaurant, often set up on a patio outside of someones house, or another building. What we had is called “casados” or marriages. It is a plate overflowing with rice, beans and meat. I ordered a plate of fried chicken and pork. It was delicious and the three of us ate for around $12. The treat was and example of “You have to be a local to about this.” Our guide pulled up to a house on a street in town and walked up to the gate. He came back a few minutes later with a bag of wonderful sweet-cheese empanadas.

After lunch it was back to our hotel in Tamarindo. We had a wonderful day exploring some parts of Costa Rica that tourists rarely get to see.
Posted by Jonathan L at 5:00 AM