The Amazing Ms. D and I had a very long fall season. Between the tenth anniversary of Daughters of the Stone and our Artists After Maria exhibition, we were both pretty exhausted by the time the new year rolled around. So, with the help of our local travel agent, we did something we rarely do, we booked a beach resort vacation. 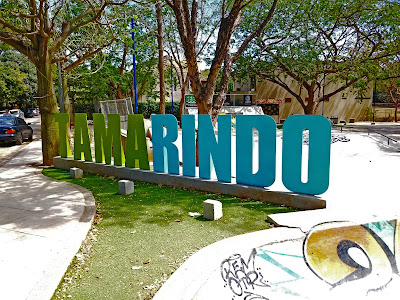 We chose a trip to the town of Tamarindo in Costa Rica. It had several things in its favor. The weather on the Pacific coast of Costa Rica is pretty perfect this time of year. Highs are around 90° F (32° C) and it is the middle of the dry season. Tamarindo also offered both the option to veg out at the beach, and take tours if we wanted something “more adventurous.” Finally, Jet Blue Airlines offers a nonstop flight from New York to the city of Liberia which is the areas capital. So with easy travel and great weather, we had a chance to really relax and recharge. 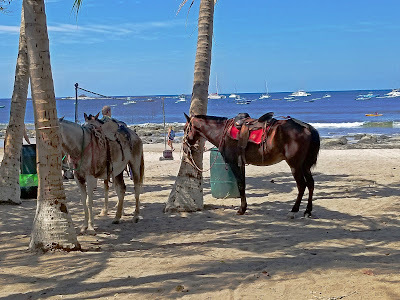 Tamarindo is in the province of Guanacaste, in Costa Rica’s northwest corner. Liberia is the entry way to this part of the country, and it has a fairly new airport to welcome you. From the airport it is a drive of just over an hour to our hotel. Guanacaste has beautiful beaches all along its coast, and there are many options for those who are looking for a chance to sun, swim and surf. Tamarindo has become one of the main destinations. Its position on the Bay of Tamarindo offers very good surfing runs and also protection from undertow, so the swimming is safe.


Tourism in Costa Rica is a fairly new thing. In the 1970’s Tamarindo was pretty isolated. At that time, San Jose had the country’s only international airport, and the roads into town were still unpaved. In the rainy season they were often washed out. Intrepid travelers would drive down with campers and tents and sleep on the beach, often for weeks at a time. A few families saw the potential of the area. Some restaurants were built, and a few hostels and beach hotels started to spring up. The Tamarindo Diriá opened in 1973 with 70 beachfront rooms. But a permanent source of fresh water was built until 1977, and phone service wasn’t provided until 1996. 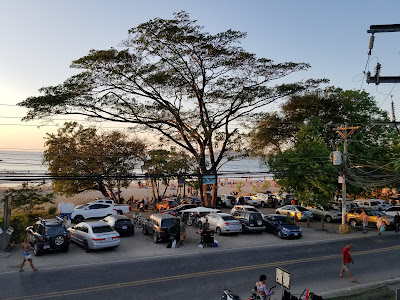 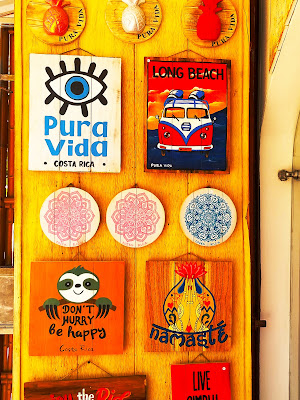 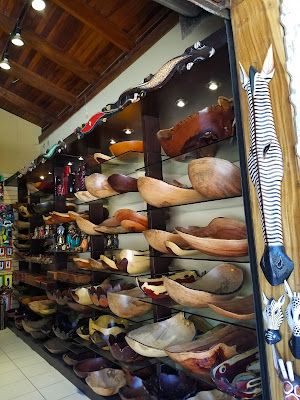 Today, Tamarindo is strictly a tourist town. The main drag, which can develop significant traffic every day, and is the only way into and out of town, is lined with hotels, hostels, restaurants and bars. That being said, it is not like stepping off of a cruise ship in the Caribbean, where you find the same stores at every port. The shops and restaurants here are all locally owned. There are many options, from burger joints to “nice restaurants”. And while there are many souvenir shops that sell the same tee-shirts and towels, there are also places that offer products by local artists and artisans.

We stayed at the Tamarindo Diriá Hotel. As I noted, it opened in 1973 with 70 rooms along the beach. It has been expanded over the years and is now a 242 room resort that occupies land on both sides of the towns main road. It offers three areas, each with its own pool. On the east side of the road are the family friendly rooms and pool (which is the largest pool) and the adult only section, which is where we stayed. On the west side of the road is the beachfront section of the resort. It has a swimming pool and child’s wading pool. This area consists of manicured lawn and trees which offer shade, so you can bake in the sun, or relax in the shade. 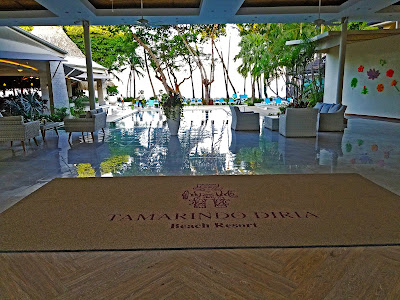 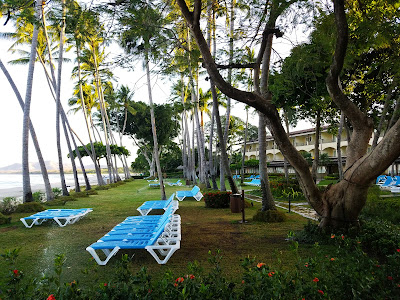 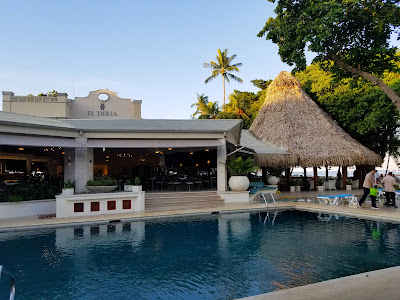 The beach is right outside this area, and if you want to sand, you can throw down a towel, or rent an umbrella and chair from one of the local providers. An excellent breakfast buffet is included with the room, and hotel offers the choice of the dining room, bar area or a lovely patio under a large ceiba tree as a place to enjoy the meal. The patio overlooks the beach. The real star of Tamarindo are the sunsets. People line the beach every evening to enjoy and photograph the amazing colors. 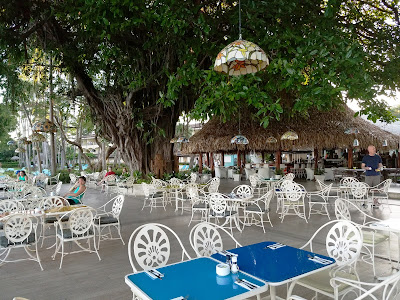 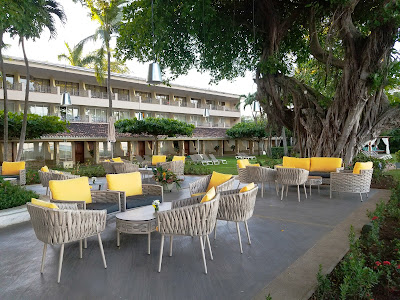 Costa Rica has become a Mecca for those who are looking for an “unspoiled” escape. Tamarindo, and Guanacaste as a whole, offers a wonderful beach vacation with a minimum of commercialism. If you want to escape, but don’t want a “full service resort” The Tamarindo Diriá is an excellent choice. 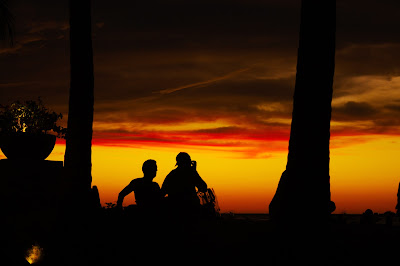 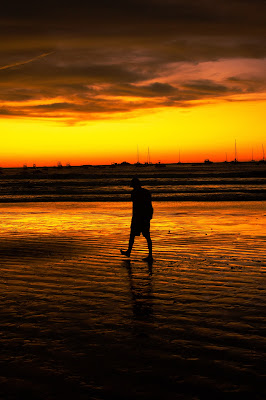 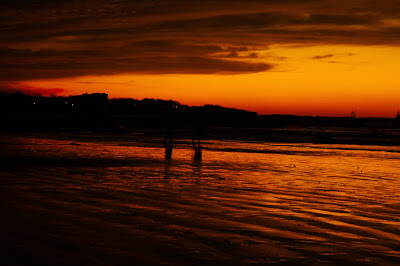 We booked through Liberty Travel and the cost of the flight and 7 nights at the Diriá was just over $3000 for the two of us, breakfast included. It was another $270 for our roundtrip transport between the airport and the hotel.     Meals in town cost between $10/person and $20/person. The Colón is the currency of Costa Rica, but everywhere in town took U.S. Dollars and gave a fairly good exchange rate.
Posted by Jonathan L at 5:00 AM