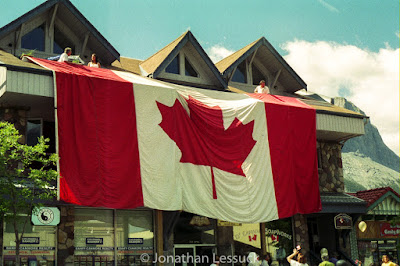 Canada Day is a celebration of the foundation of Canada. On July 1, 1867, the colonies of Canada, Nova Scotia, and New Brunswick joined together into one confederated dominion. Like July 4th in The United States, it is celebrated by large events in the large cities, and by smaller events in small towns. In 2005, I was finishing up a one-year stint teaching in Canmore, Alberta, so we stayed in town long enough to watch the Canada Day celebration there. 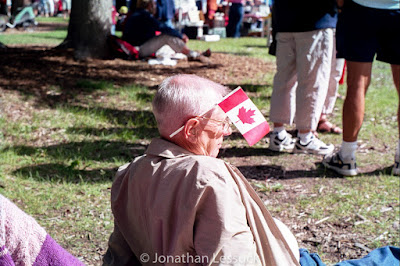 Like any small town, the celebration in Canmore was a truly local affair. No big floats, or high power stars, but lots of people from the community, both in the parade and lining the street. Canmore was the site of the cross-country skiing events during the 1988 Olympics. It is still home to the National Cross-Country Ski Center. So before the parade, some of the local skiers put on a demonstration of their summer training practices.

Alberta has strong ties to the Scottish settlers who came here over 100 years ago. The local Pipe and Drum Corp carry on part of that tradition. 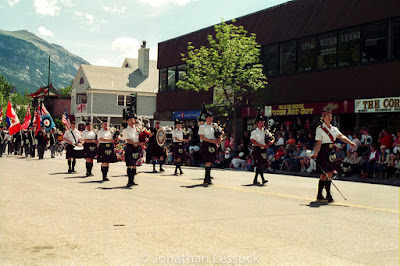 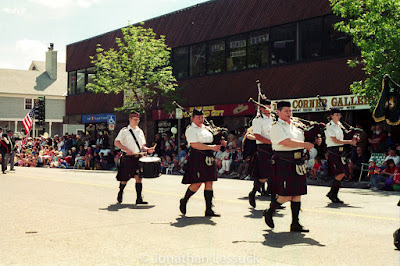 As in many towns in Canada, Canmore has a local Junior-Hockey team. They were also in the parade. 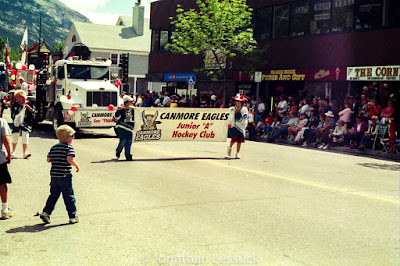 As in many places around North America, the Shriners participated, bringing their "tiny cars" brigade. 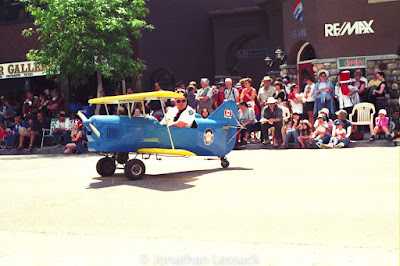 I am not a big follower of "national celebrations," in the U.S. or abroad, but being in a small town certainly has different feel than you get in a large city. 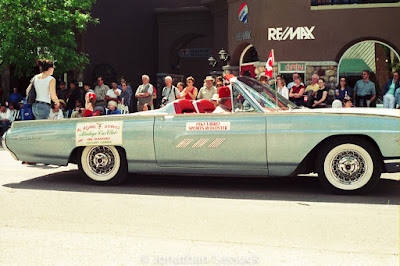 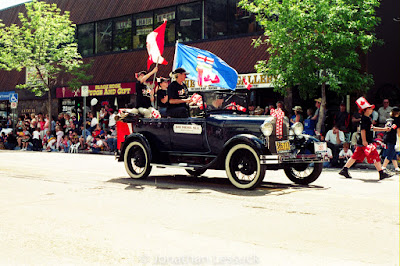 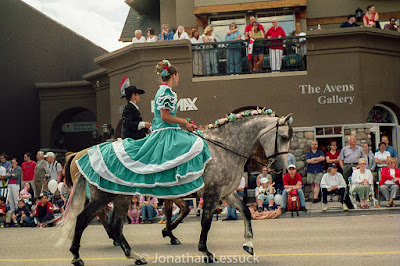