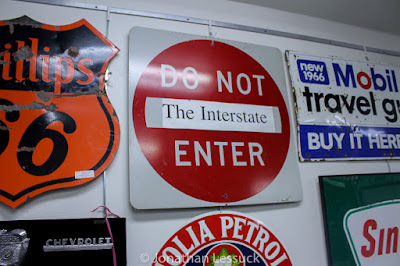 In 2014, I took a trip along Route 66, starting in Pasadena CA, driving east. The western end of this famous road is a study in rapidly changing landscapes. From the urban Los Angeles/Pasadena corridor to the suburban passage through the San Bernardino Valley, Route 66 has changed tremendously from its origins. However, nothing prepared me for the sudden shift in scenery upon leaving the town on San Bernardino. Here, Route 66 jumps onto the interstate and climbs up over the Cajon Summit, gaining 4000 feet in altitude in just under 20 miles. But more striking, is that as soon as you leave the city limits, you have left the Southland behind, and entered the rural desert. This change in landscape brings about a change in the style and type of roadside attraction that I encountered over the next part of my journey. 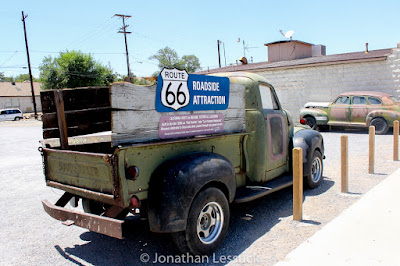 Victorville sits past the Cajon Summit, and is the first city of major size that I reached coming up over the mountain. It was founded in 1860, as a way station for stage coaches and then trains as they headed into and out of the Mojave Desert. It still serves that roll today, giving drivers a chance to rest a regroup before traveling on. 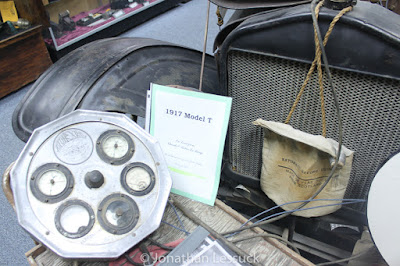 In 1926, Route 66 was surveyed through the town, following the railroad right-of-way through what is now Old Town. Today, in the middle of Old Town is the California Route-66 Museum. There are many “Route 66 Museums” along the route, and this one is pretty good. It opens in 1995, as a project of  Old Town Victorville Heritage Inc., in a building that had been a cafe for many years. Its 5000 square feet are filled, wall-to-wall and floor-to-ceiling with artifacts and memorabilia. It is a feast for the eyes and what it lacks in organization it makes up for in quantity. Among my favorite items are the larger that life Hula Girl and Cowboy from local businesses and a mini-camper with a kitchen and table hidden in the rear. There are also classic cars road-side advertisements. 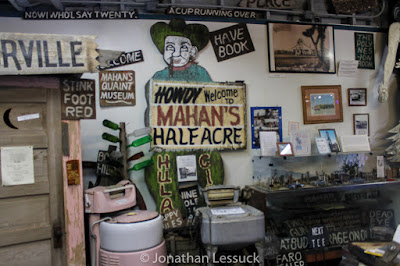 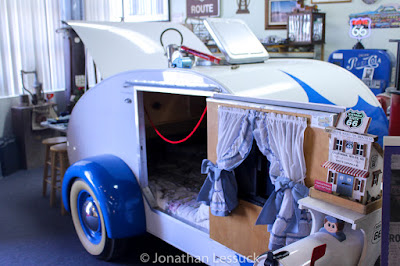 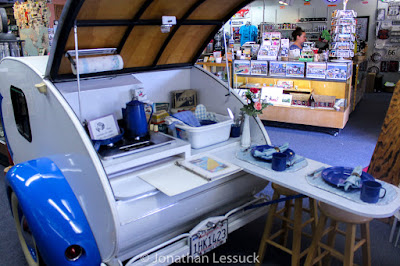 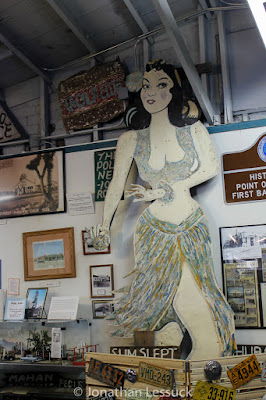 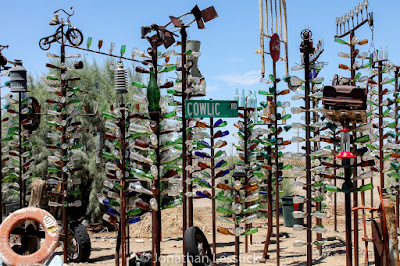 Drive twelve miles north (east) along Route 66 and you will find one of those typical United States one-of-a-king roadside attractions - Elmer Long’s Bottle Tree Ranch. Elmer Long (1946-2019) moved to the high desert in 1970 to raise his family. He was a trained welder and cement worker, but his true passion was creating “outsider art”, using found materials to create sculptures. When his father died, he received a large collection of bottles, and he put his skills to use in an imaginative way. 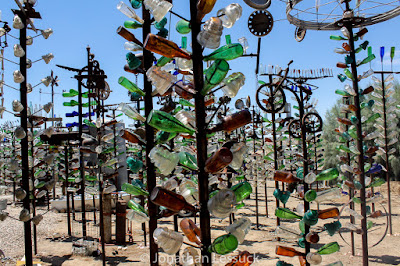 He took cast iron pipes and welded small branches to them. He then attached the bottles to the branches. Then he planted his trees in the yard of his house. Today, there over 200 bottle trees on his property. They are placed fairly close together, when I walked among them, the light was constantly shifting, being picked up, reflected and refracted by the different colored bottles. It is a wonderful place to wander around and definitely an Instagram magnet. 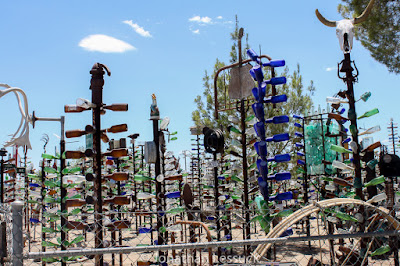 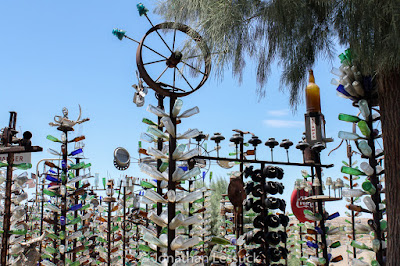 Barstow started back in the 1830’s as a supply town for miners in the high desert. During the 1870’s, the Atchison, Topeka and Santa Fe railway came through and made Barstow a major junction and refueling spot. With the AT&SF came a new innovation.

At the time, trains did not have dining cars. Passengers bought food from vendors at stations along the way, nd often the food was expensive and not good, I mean, no customers were going to return and demand a refund. But Fred Harvey (1835-1901) had an idea. He had built several eating establishments near smaller railways in his home state of Kansas, and he saw this new national railway as a grand opportunity.

Harvey entered an agreement with the AT&SF to have exclusive rights to open a chain of restaurants called Harvey Houses, along their route. He placed them at the refueling stations, where trains would have to lay-by for and hour or so. He brought in fresh meat and vegetables and had his service down to a science, bringing out full hot meals in under and hour at a reasonable price, sending the passengers away with full stomachs and smiles on their faces. Harvey hired women from around the country and housed them at the restaurants. The Harvey Girls, as they were known, were given strict rules for behavior and dress, to maintain both the company’s and their reputations. 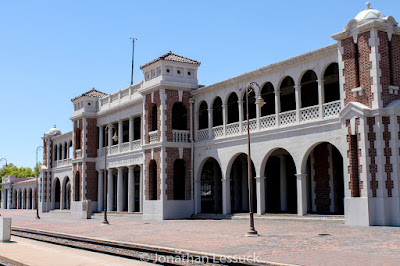 Harvey and his sons built 84 restaurants, but the development of diesel trains, whose stronger engines didn’t need to stop as often, and could pull extra cars, including dining cars, brought an end to them by the late 1940’s. Today 12 of the building remain, most of which are serving as hotels, restaurants and museums. The Casa del Desierto in Barstow is a museum and event space.

This short stretch (under 100 miles) offers a lot to see. It is a great example of what is still out there along the roadside in small towns and off the interstate.