Over my last two blogs I have explored some of the sights along Route 66 while traveling through California. Today we cross the Colorado River into Arizona. The Mother Road jumps onto the interstate for a brief span when entering The Copper State, but it quickly heads north, following AZ-10, through the desert toward The Black Mountains. I was lucky enough to pass through shortly after a rare July rainstorm, and I had the chance to see some of the local cacti in bloom. 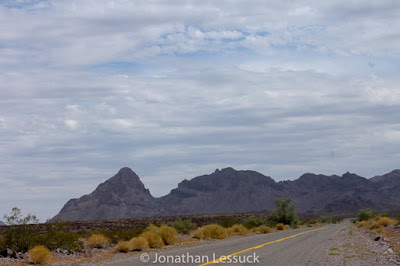 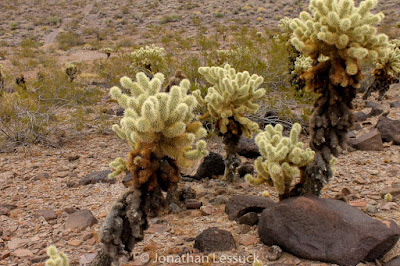 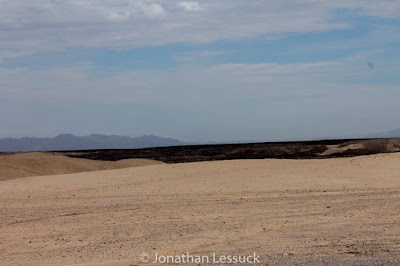 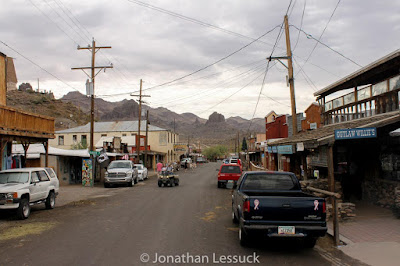 As I entered The Black Mountains of Arizona I arrived at the town of Oatman. Founded in 1863, Oatman was a small gold mining town. In 1915, tow prospectors struck a large vein, a Oatman became a boom town, swelling to over 3000 residents. Commercial mining companies came in. By 1924 the main employer n town, United Eastern Mines, shut down as returns diminished, and by 1941 all gold mining had ended. In total, over $40 million worth of gold ($202 million in 2019 dollars) had been taken from the ground. During the 1940’s traffic along Route 66 kept the town going, but in 1953, a new route was built east of the mountains, which the interstate follows today. Oatman quickly became a ghost town. 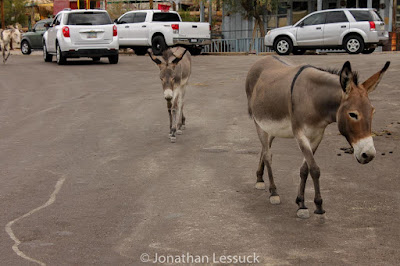 Today, nostalgia has offered a lifeline to Oatman. People visit the town to step back one hundred years to the early mining town. There are casinos, restaurants, and plenty of souvenir shops, all of which play on the town’s history. One of the biggest draws is the herd of wild donkeys that visit the town every day. They are the descendants of work animals bought my miners. When the mines closed, the donkeys were released into the hills, where this population has lived ever since. Every morning they walk into Oatman, where tourists feed them the donkey pellets and carrots that are for sale throughout the town. 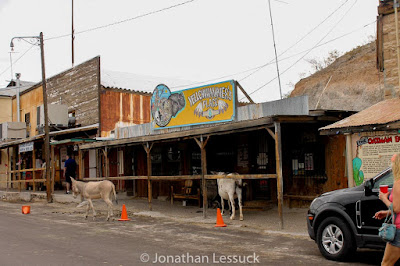 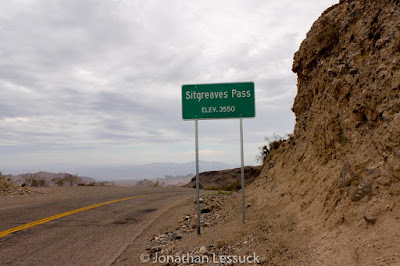 Leaving Oatman, Route 66 (AZ-10) turns east and passes through the Black Mountains at Sitgreaves Pass. The two-lane highway winds its way up to an altitude of 3586 ft (1093 m). And wind it does, with frequent switchbacks and some steep climbs and descents. There are many places to pull off the road to take pictures of the expansive view of the valleys below. It is a road that demands concentration and respect from the driver, I LOVED IT! 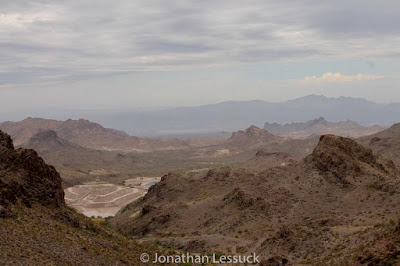 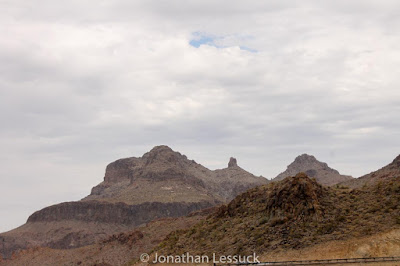 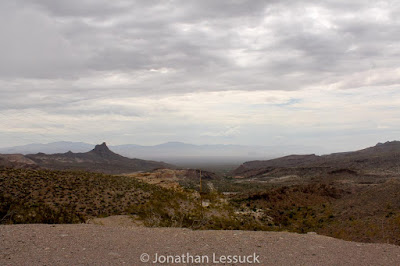 From the Black Mountains, Route 66 continued east, passing through Kingman AZ and Hualapai Indian Reservation, which you can find many popular hikes into the western end of the Grand Canyon. About two hours east of Sitgreaves Passes the town of Seligman AZ. Seligman was founded in 1882 as a junction and stop on the Atchison, Topeka and Santa Fe Railroad line.The stop even rated its own Harvey House (see last weeks blog) which opens in 1905 and was in operation until 1954. 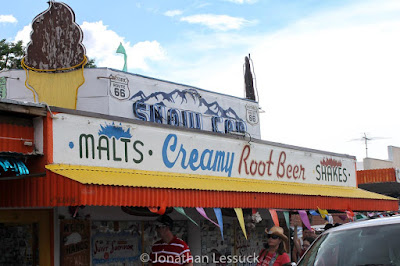 Sitting about halfway between the cities of Kingman and Flagstaff, Seligman became an important stop along Route 66. Its commercial strip flourished over the years, with more than a dozen businesses and hotels, many of which are still open today. I stopped at the Sno-Cap Drive-In for an excellent Chocolate malted. I enjoyed the drink while walking along the main drag, stopping into the several stores that celebrate its history and that of The Mother Road. 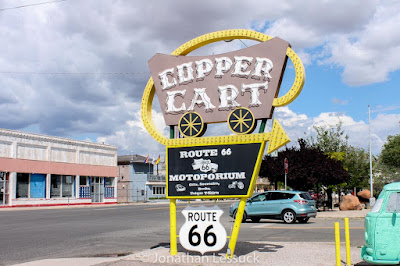 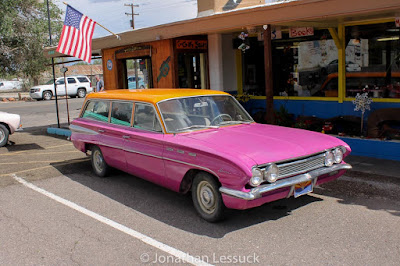 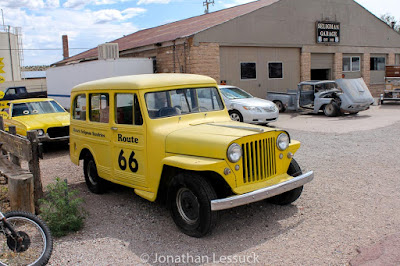 From Seligman, Route 66 has been mostly replaced by I-40, an unfortunate fact through much of Arizona. My goal this day was to finish in Flagstaff which I reached fairly quickly, delayed only by a massive thunder storm, which forced me to make a pit stop in the town of Williams, which has become a major staging area for visitors to The Grand Canyon. 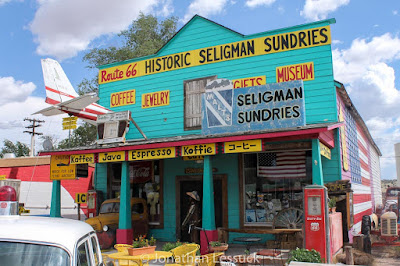 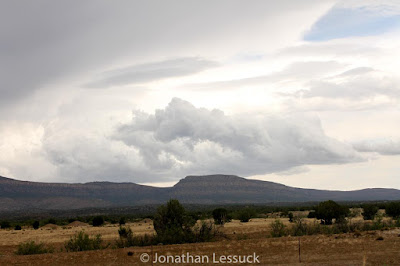