Visit the Real NYC Part 4 - The Lower East Side 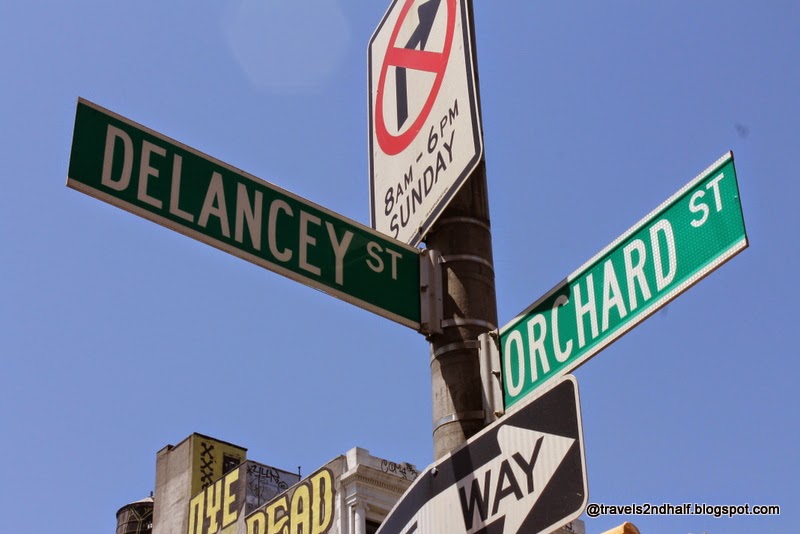 The Lower East Side (see map) has been the home to immigrants for over 100 years. In the late 1800's it was it's population was primarily Jewish, In the 1950's the population shifted to mostly Puerto Rican and then Dominican. Then in the 80's and 90's Chinatown expanded into its boundaries. Today it is another neighborhood undergoing gentrification.

The Lower East Side (LES) was the first U.S. home to many Jewish, Italian and Irish immigrants between the 1880's and the 1950's. It was an area of tenements and slums when Jacob Riis launched a photo essay campaign to push government to do something about the conditions there.
During the urban renewal drive of the 1950's and 1960's most of the tenements were replaced with modern apartment buildings and projects.
One interesting architectural result of the drive to clean up the tenements is this: 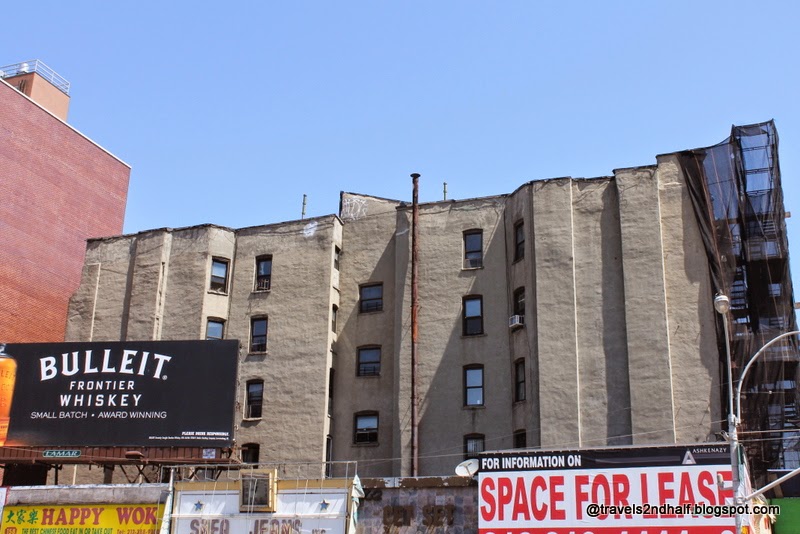 You might have noticed that many apartment building that were built after the turn of the century do not have flat sides. That is because building codes were changed. The early tenements had windows only in the front and back of the building. This made it difficult to circulate fresh air. Then the codes were changed to force builders to create air shafts these often small spaces allowed some air to circulate through an apartment.

The center of LES was home to mostly Jewish immigrants. That history can be seen in several remnants. Along Houston Street (the northern edge of LES) there are three culinary treasures. One is Katz's Deli, home to world best pastrami sandwich in, my opinion, and the place where Sally showed Harry a thing or two about "faking it" (I'll have what she's having).

The second is Russ and Daughters, a place to find smoked fish and other appetizers that are out of this world.

There is a lesser known gem just a little further west on Houston St. - Yonah Schimmel's Knishery. If the only knishes you have ever had have been deep fried, get yourself to Yonah Schimmel's. I don't remember the first time I had a Yonah Schimmel knish. I think it was on the boardwalk in Brighton Beach. My grandmother used to rent a vacation apartment there, leaving the heat of the Bronx for the cool ocean front of Brooklyn. 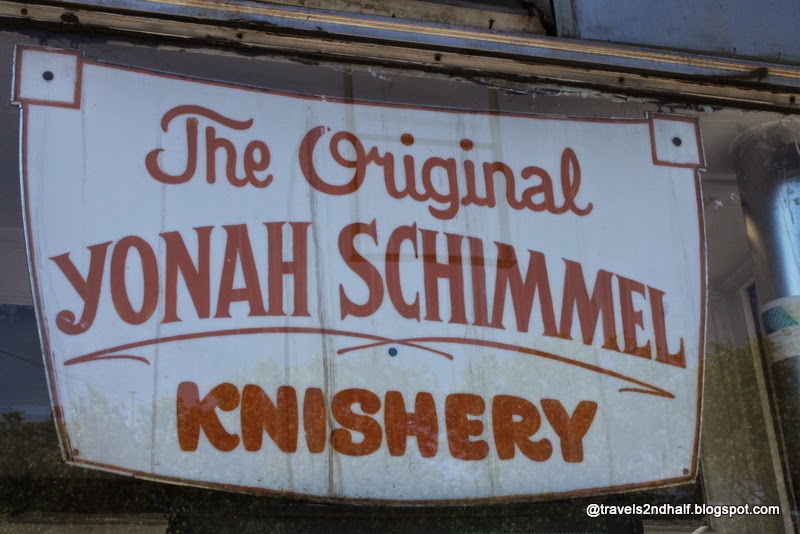 The knishes are baked heaven, 3 inches thick and about 4 inches on a side, they are almost a meal by themselves. The savory knishes are potato based, but they also offer kasha, spinach, sweet potato,and mushroom.The sweet knishes are cheese based and come with fruit fillings - cherry, blueberry or apple.
they also have a chocolate knish.
The Jewish past of LES is also seen by buildings and signage around the neighborhood. 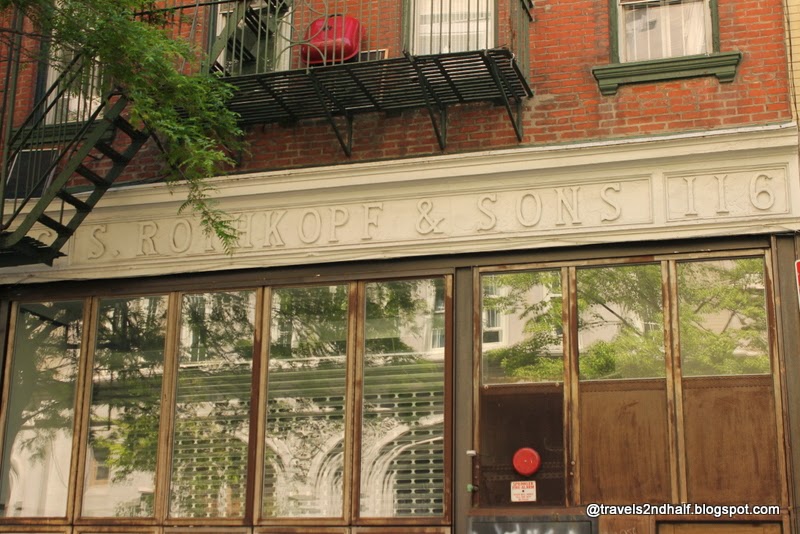 There are also several former synagogues in the neighborhood. The Eldridge Street Synagogue has been totally restored and serves as a museum. There are several others that have become churches. I found this old synagogue at 58 Rivington Street

Designed by the Hungarian-American architect Emory Roth in 1903. This beautiful building has a distinct European feel. Today it houses artist studios. 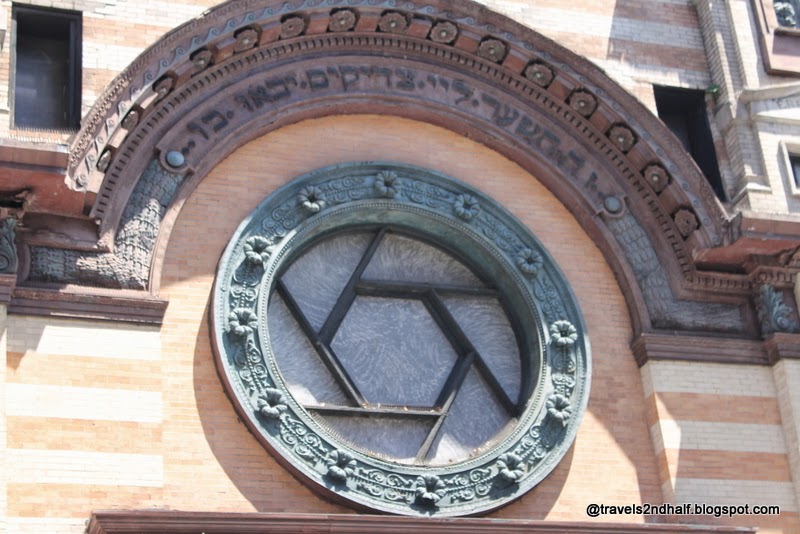 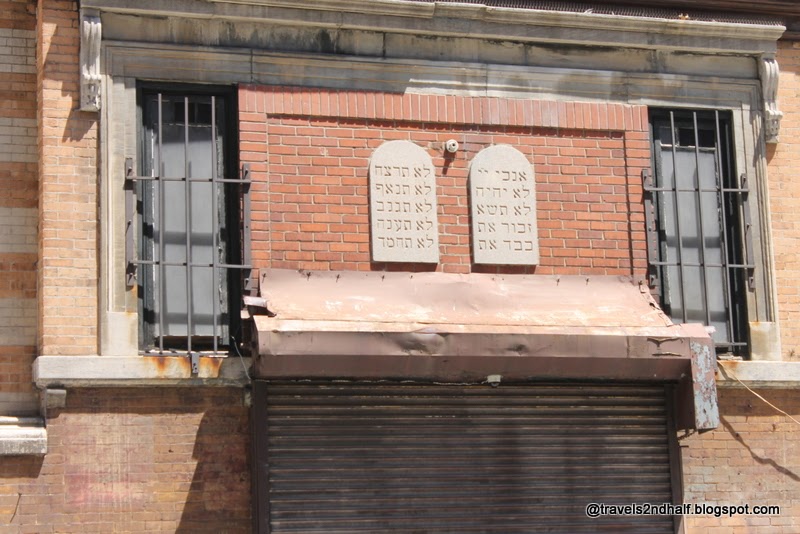 Another remnant from the old LES is the Essex Street Market. It is one of the few indoor, multi-vendor markets in NYC. The only other two I can think of are La Marqueta in El Barrio and the Arthur Ave. Market in the Bronx. 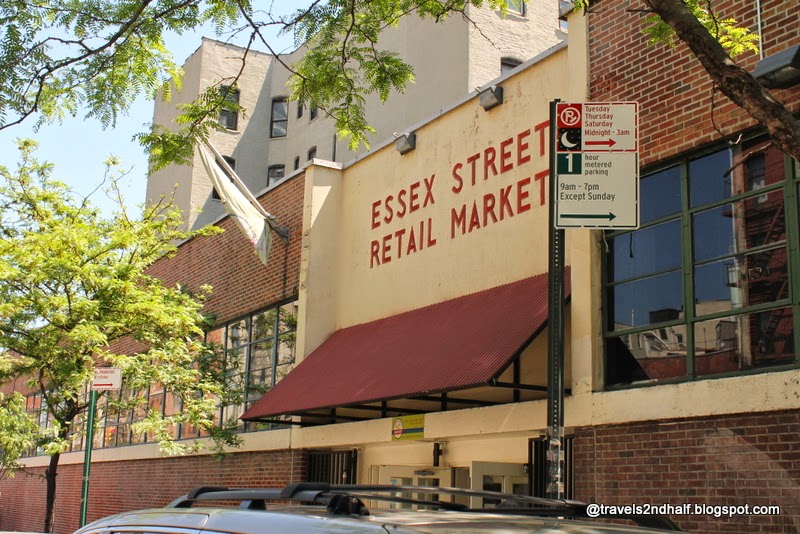 With vendors of prepared food, groceries, cheese shop and bakeries there is a wide choice of food if you want to pick up a bite to eat while you are walking around.

As I said before, LES is undergoing gentrification. More and more, working class families are unable to afford to live here, and these changes are bringing new businesses. Art galleries, high end restaurants and bars are moving in. But if you want to see how people lived on the LES you should visit The Tenement Museum, on the corner of Orchard Street and Delancy Street. Take a walking tour or see the apartments of the museum, it is worth the trip, even just to browse their Museum Shop. 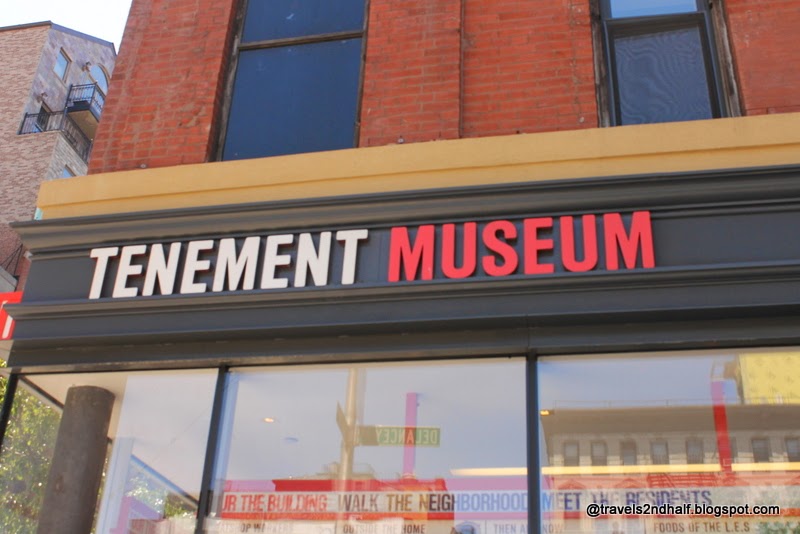