The Real NYC #23 - Open Spaces in the Financial District

As I have written in my last post about the Financial District, there has been a lot of new construction during the past 40 years. One positive aspect of all of these new buildings is that New York City has given developers extra floors in their buildings in return for open space and plazas.

Some of these open spaces are old squares and plazas dating back to colonial New York, some of them are just little spaces at the intersections of streets, and some of them are large, new spaces that just could not be there without the new buildings.

There is a wonderful little pocket park at the corner of Water Street and Pine Street. The park has benches for hanging out and a lovely sculpture by Taiwanese artist Yuyu Yang, called the East-West Gate. 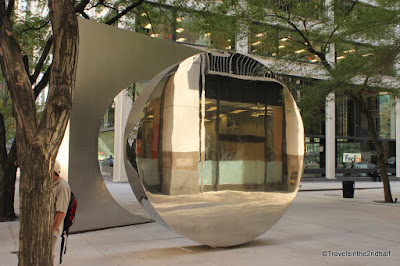 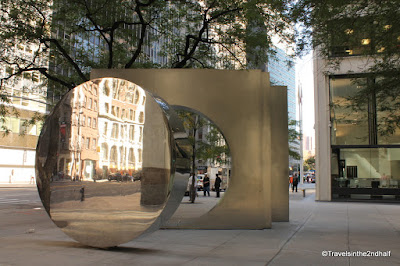 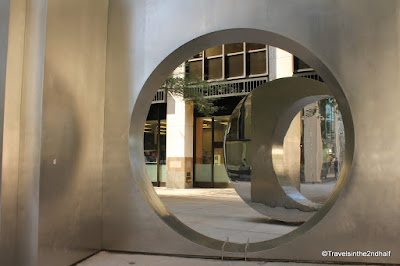 A couple of blocks south from The East-West Gate, Water Street crosses Old Slip. Old Slip gets its name because it used to be a boat dock. Most of the old docks along the East Side of the Financial District were filled in using the rocks from constructing new buildings. Old Slip Park is has comfortable benches under shade trees. At the east end is the building 1 Old Slip, which was built as the 1st Precinct House of the NYC Police Dept. Today it is home of the NYC Police Museum. 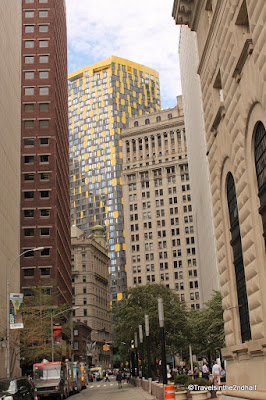 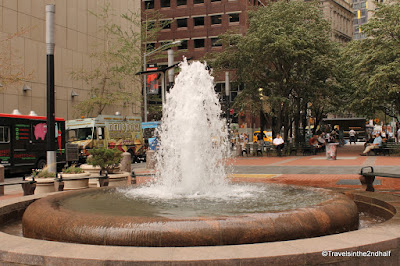 Keep going south along Water Street and you get to the NYC Vietnam Veterans Memorial at 55 Water Street. The memorial was built in 1985. On one side is a glass wall inscribed with exerpts from over 200 letters home written by soldiers in Vietnam. Behind the wall is an amphitheater surrounding a reflecting fountain. 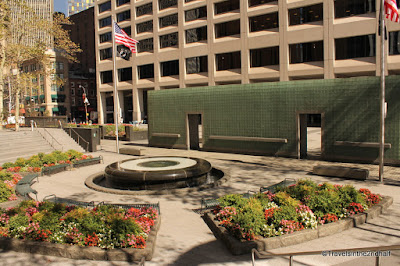 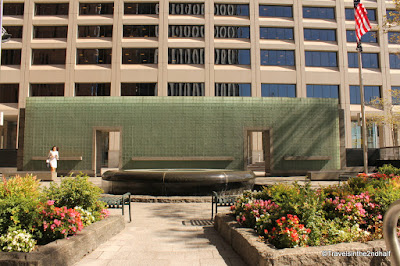 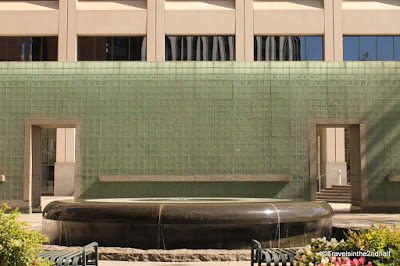 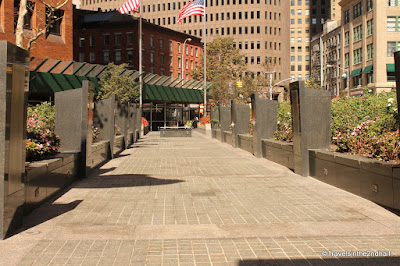 Also at 55 Water Street is the Elevated Acre. This one acre park has paths, sculpted lawns and areas that resemble wild growth. From its raised vantage visiter can get a good look out to the East River. 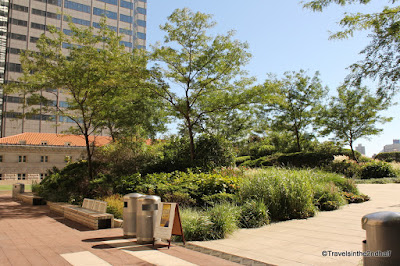 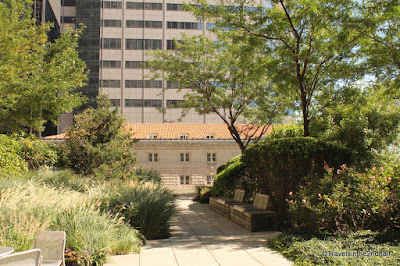 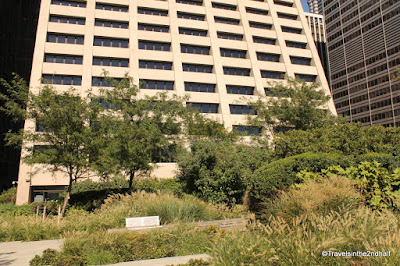 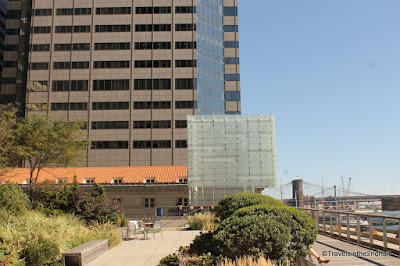 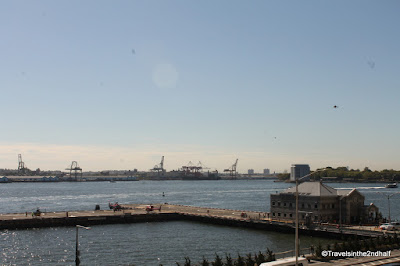 If the weather is good, these open spaces become magnets for those who work in nearby offices. The streets are crowded with food trucks and people come out and enjoy the open air along with their lunch.