One of my favorite places to visit whenever I go to Philadelphia is Rittenhouse Square. This urban oasis is one of five parks that were in the original plans of the city as laid out by William Penn in the late 17th century. In 1825 the park was renamed for David Rittenhouse, a descendant of William Rittenhouse. William founded the first paper mill in the American colonies, and was a Mennonite minister in Philadelphia. David Rittenhouse was a clock-maker, astronomer and the first director of the U.S. Mint.

I like Rittenhouse Square because it is an embodiment of what an urban square should be. It teems with life. It reminds me of Washington Square Park and Union Square in NYC. It teems with life. Families come to enjoy some outdoor time. Students from Philly's several colleges come to hang out. Buskers come to try and make a buck. Why you never know who you might meet.

Many people go to one of the nearby restaurants, pick up some food and drink, and then head to the square to eat and people watch.

The square has also been given some fun and playful statuary. 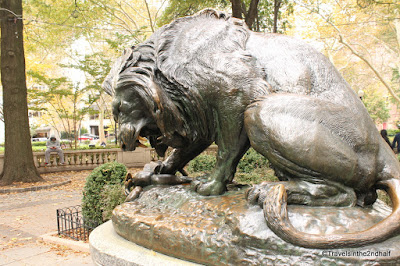 The neighborhood around Rittenhouse Square is mostly residential sitting between downtown Philadelphia and Schuylkill River. Its architecture includes residential buildings, churches and businesses. 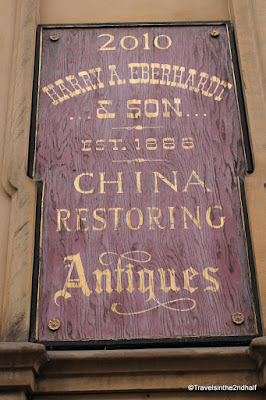 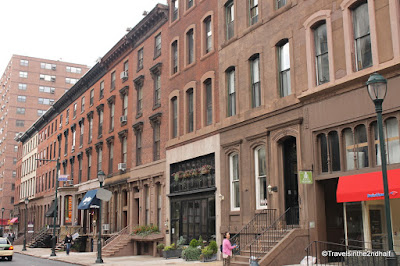 The Rittenhouse Square neighborhood is filled with stores and restaurants. You can spend most of a day wandering around, looking for bargains, eating lunch and hanging out in the park. Enjoy!