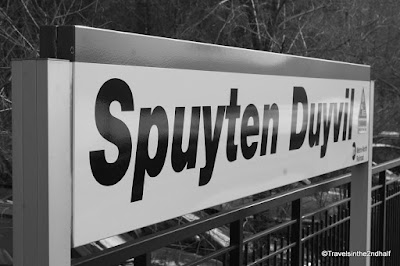 I love being places that are meant for lots of people when there is no one around. Getting in to some place before it opens or at an off hour. I also like trains. So when I had an hour to kill while the Amazing Ms. D had an appointment, I took advantage of being near the Spuyten Duyvil Metro North station on a Friday morning to walk around and take some photos.

The Spuyten Duyvil is a short tidal estuary that connects the Hudson River with the Harlem Ship Canal separating the north end of Manhattan from the Bronx. Named by the Dutch, Spuyten Duyvil translates to “Spouting Devil” and a reference to the rough waters caused by the tides. Today it serves as the northern end of the Harlem River, and a short cut for boats that want to travel from the Hudson River to the Long Island Sound. 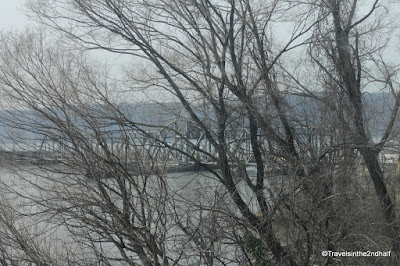 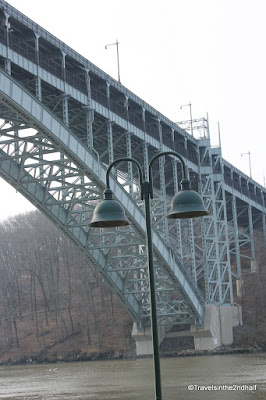 The Spuyten Duyvil Station is part of the Hudson River Line of the Metro North commuter rail system. This line runs from Grand Central Terminal to Poughkeepsie NY and runs at water level along the Hudson River. It is one of the most beautiful train rides in the United States, and my favorite.


I have taken this line 20 or so times, either on Metro North, or in one of the Amtrak trains that also use it. Those include and the Empire Service to Albany, service to Toronto and Montreal and the famous Lake Shore Limited. The Amtrak service comes from Pennsylvania Station and crosses the Spuyten Duyvil on the Spuyten Duyvil Bridge, a turntable bridge that sits at water level. I can sit for the entire trip glued to the window, as long as I am on the Hudson River side.
An empty train platform is haunting. It is a place designed to handle dozens of people getting on and off the train. But mid-day in January there were few people around. Being alone on the platform gave me a chance to really look around at the surroundings. Being on a train platform always catches my eye because it just reminds me of traveling, especially the tracks that just go off to the distance.
I also love the signs along a railway. New or old, they bring my mind to another time. Maybe it is because the conventions have not changed in over a century. 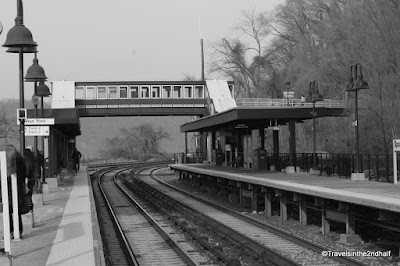 There is also a park that travels along the northern side of the track. The Spuyten Duyvil Shorefront Park has a series of paths through the trees, marsh and undergrowth along between the houses of Spuyten Duyvil and Metro North tracks. 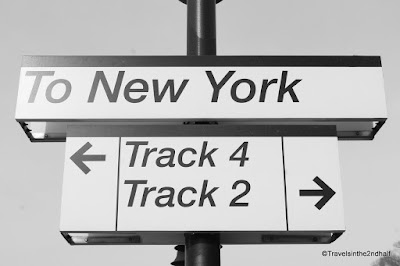 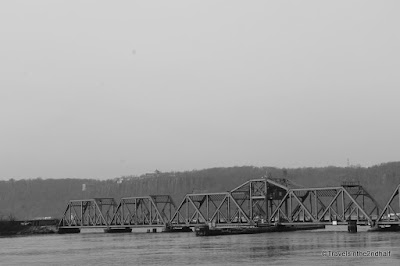 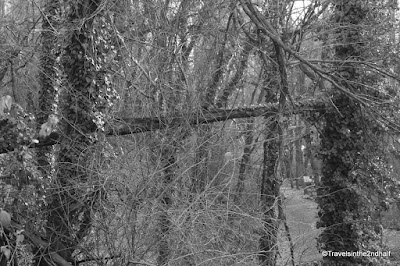 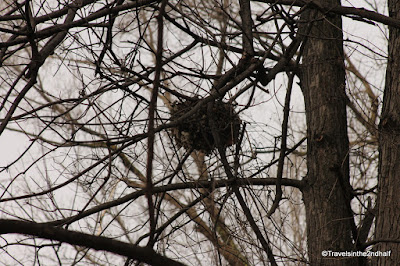 The easiest way is to take Metro North to the Spuyten Duyvil station. Peak ticket $8.75/off-peak $6.50 each way.