A tour of Stained Glass in Old San Juan

Walking in to the Casa Alcaldía in Old San Juan, I was struck immediately by image in the stained glass over the stairway. A flamboyan tree, twenty feet high and thirty feet wide. The vibrant colors literally jump off of the wall. It is truly breath taking.

The tour of stained glass windows in Old San Juan in one of many given by The Puerto Rico Historic Building DrawingSociety (PRHBDS), a non-profit whose mission is to educate people on the architectural history of Puerto Rico. You can read my previous blog about them here. This tour was a unique chance to focus on one feature of Old San Juan and to have a look at some places that many tourists and residents never get to see.

There are some amazing examples of stained glass in Old San Juan. One of my favorites is in the Casa Alcaldía (city hall) on the Plaza de Armas. The flamboyan tree (also known as the Royal Poinciana) is an icon of Puerto Rico. Its bright red flowers bloom in June and July. This tryptic of windows presents a flamboyan tree in full bloom. The deep red of the flowers and blues of the shy fill the stairway below. These windows are also historically significant because they were the first major secular pieces put in place on the island. The Casa Alcaldía has another large stained glass piece in the Town Council building that represents the flora and fauna of Puerto Rico. 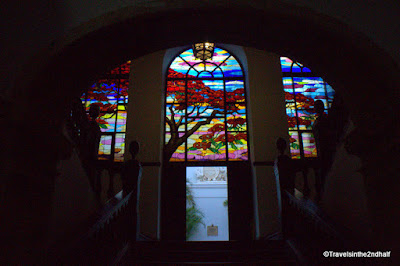 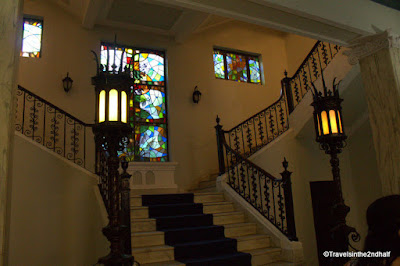 The Banco Popular de Puerto Rico was founded in 1893, while the island was still under Spanish rule. In 1938 the bank built this Art Deco master piece to be its main branch on the island. In an effort to create a feeling of trust with a population that did not have a history or trust of banks, the main hall was designed to look similar to a church. The room was shaped as a cross with a 40 foot tall stained glass window at one end, like an altar piece. In place of a religious story, the window presents the seal of Puerto Rico at its center, surrounded by shields representing Ponce de Leon, Columbus, Spain, The United States, and aspect of industry and commerce. 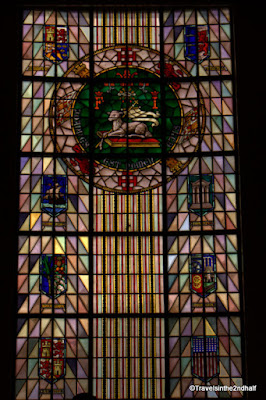 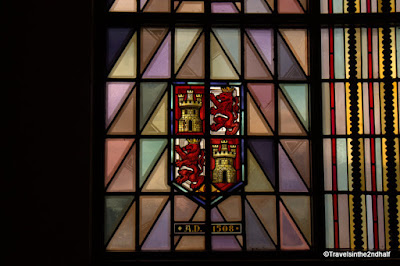 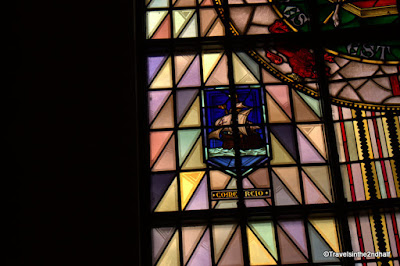 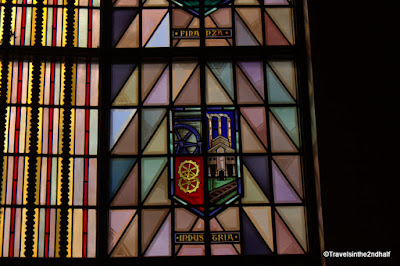 Old San Juan has many examples of smaller stained glass pieces, both religious and secular. Here are some of my favorites:

El Convento y Casa de Salud de las Siervas de Maria is nursing home and hospital that sits next to La Forteleza, at the southwest corner of Old San Juan, overlooking the bay. The hospital was built in 1524 and was the first hospital in San Juan. Inside is a small chapel with two beautiful pieces flanking the altar. 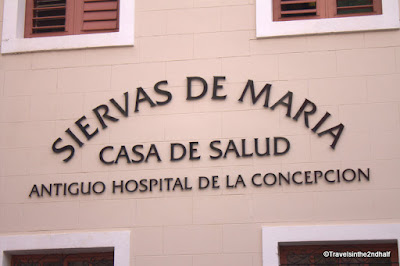 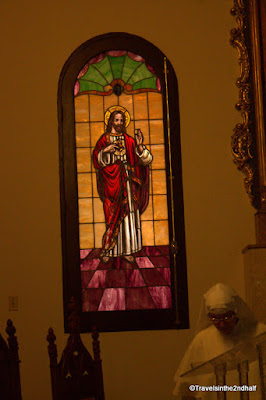 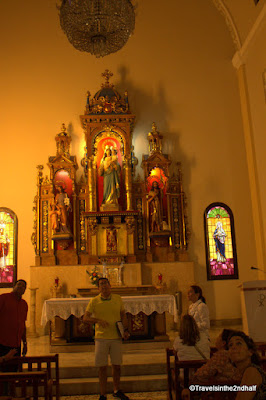 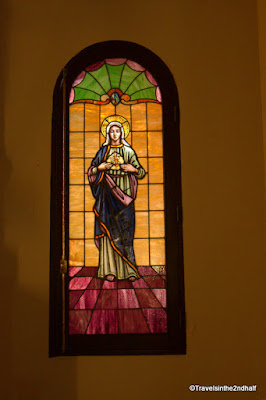 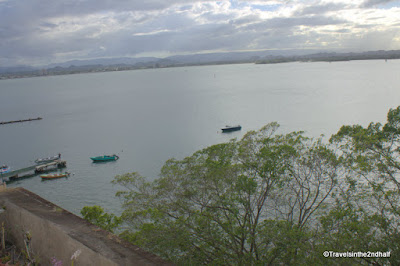 The Monastery Art Suites Hotel is in a building on Calle del Cristo. It is one of many boutique hotels that opened up in Old San Juan over the past 10 years. Constructed in 1890 as a Masonic Lodge, it current owner has maintained the original stained glass windows in the ball room. 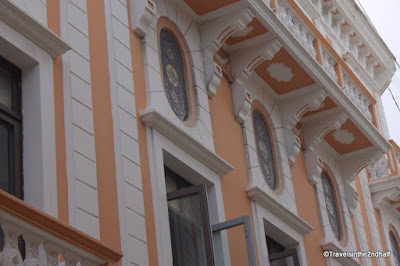 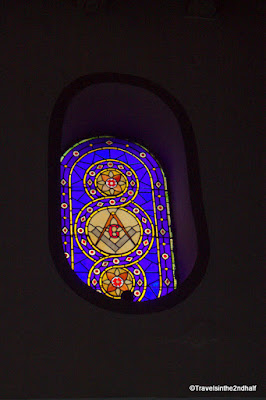 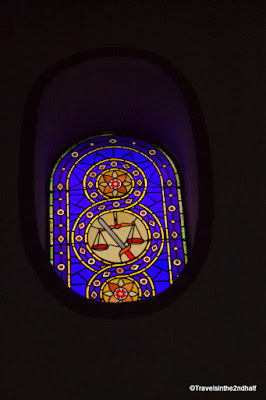 Having coffee and a mallorcas at the Bombanera is a one hundred year tradition in San Juan. For many decades this has been a place where business has been conducted in between the tourists. Rich café con leche to drink washes down the Mallorca, a sweet bun that is best when buttered and toasted between the plates of a sandwich press, then covered with powdered sugar. The Bombanera reopened last year after renovations that kept its historical look in place. One change was to its historic stained glass sign that sits over the display of pastries in the restaurants window. For a century the sign read Puig y Abraham, the names of the original owner. Today it reads Rigo y Abraham to reflect the family names of the current owners. 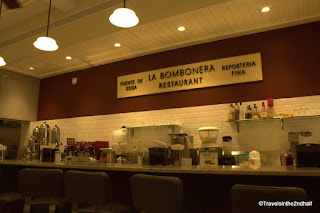 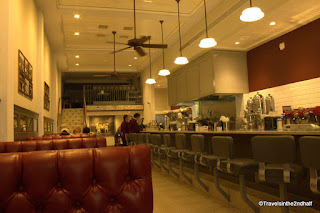 The PRHBDS offers tours like this, giving a behind the scenes look at the historic architecture of the city. The price of the tour is reasonable (about $10), and it is well the price.