Río Piedras and The University of Puerto Rico

Lots of people talk about the difference between being a tourist and being a traveler. An important aspect is the desire to spend time exploring the places and ways in which local people live. In Puerto Rico I escaped from the more touristy Isla Verde and Old San Juan and took a tour of the municipality of Río Piedras, about ten miles southeast of Old San Juan. The tour was given by the Puerto Rico Historical Building Drawing Society, a non-profit dedicated to the preservation of the architectural history of Puerto Rico (you can read my blog about them here). This was my second trip to Río Piedras. The Amazing Ms. D’s aunt had given my parents and me a tour of the area fifteen years ago and I wanted to see how things had changed.

The town of Río Piedras was founded in 1714. For most of its history Rio Piedras was the agricultural center for San Juan. It became the commercial center for the working people in the area who spent their lives growing the food and working to support Old San Juan. The Plaza Mercado de Río Piedras is still the largest public food market on the island.

When I first came the market, fifteen years ago, was in a beautiful old building. But that building suffered a large explosion and was rebuilt in 1999. Today it lacks the beauty of the Santurce market, but it is a huge, modern building housing the market. There are many fruit and meat vendors along with merchants selling t-shirts, watches and even a botanica.  There is a large food court with offering real criollo food. Alcapurias, frituras and lechon are all available at excellent prices. 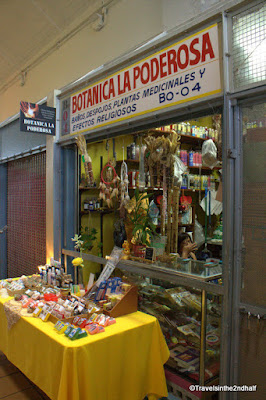 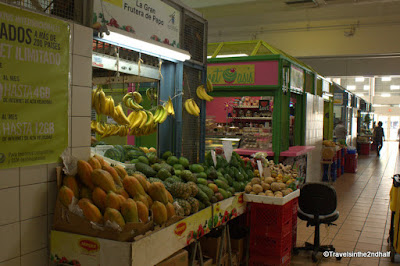 Unfortunately, the area around the market has suffered a downturn, very much in a way that is familiar throughout the United States. As more and more shopping malls have opened in the San Juan metropolitan area, shoppers and stores have moved out of the center of town. Today there are many empty store fronts, and what was a thriving business district for over 100 years is struggling. 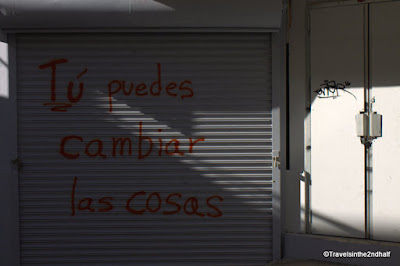 Near the Mercado is the main plaza of Río Piedras. Here there are some examples of classic Puerto Rican architecture. The city’s cathedral is the Parrioquía Nuestra Señora del Pilar, built in 1714. Along the plaza you will also find La Casa de Cultura de Ruth Hernandez. Dating from the early 19th century, this is one of the oldest houses in Rio Piedras. Built originally as a store and rest stop along the main road from Ponce to San Juan, it now serves as a community center where the residents of Rio Piedras take classes in music, dance and the arts. It has been restored and now houses into classrooms, a dance studio and a performance space. 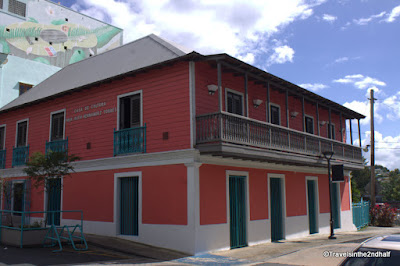 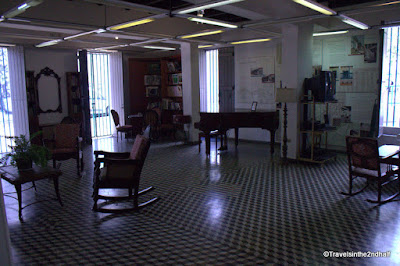 Finally, I visited the flagship campus of the University of Puerto Rico. In 1901 the Escuela Normal Industrial, Puerto Rico’s first school of higher education, moved from the town of Fajardo to Rio Piedras. Founded a year earlier, its mission was to train teachers for the island. The Normal School consisted of two buildings and 20 students. One building was used to educate the instructors, the other was a school for children, where the students could put what they learned into practice.

In 1903, Puerto Rico’s government passed legislation founding the University of Puerto Rico which incorporated the Normal School as its first division. In 1908 is was designated a “land-grant” college and it expanded greatly over the next twenty-five years. In 1935 the U.S. Congress included Puerto Rico in the financial spending of the New Deal and the University was given millions of New Deal dollars to build its campus. Over the next five years Rafael Carmoega and Francisco Gardón designed and oversaw the construction of the heart of UPR’s campus.

The jewels of the campus are the buildings built during this period. They were designed in the style of the architecture of Sevilla. They sit around a beautiful, tree lined Quadrangle that serves as a gathering place for students. The highlight is the Franklin D. Roosevelt Tower. Serving as the entrance to the campus, this 30 story tower is both an icon and a paean to education and the ideals of Pan-Americanism. On either side of the entrance are ceramic columns representing the ideals of education. Over its entrance are the crests of Harvard University in Cambridge MA and St. Mark’s University in Lima Peru. Inside the entrance is the “Bronze Circle.” The national shields of all of the countries of the Americas are inlaid into the floor in tribute to the idea of Pan-American education 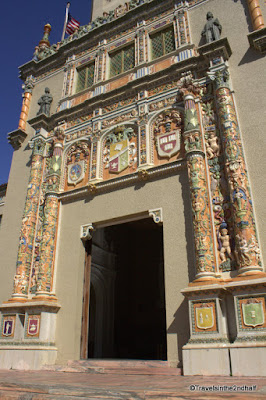 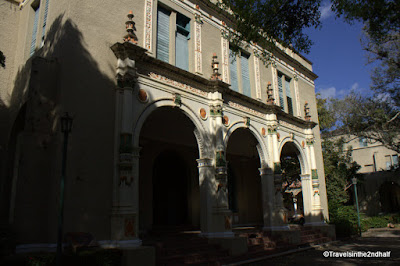 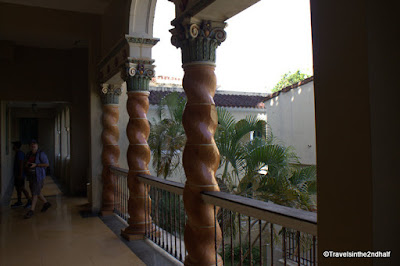 When I travel I look for ways to get beyond the typical tourist experiences. Often that means walking through neighborhoods on my own. I get to explore how people carry on their day to day lives. I am very happy that the Puerto Rican Historic Building Drawing Society gave me the opportunity to see into the lives and education of everyday Puerto Ricans.