Visiting the Temples at Agrigento

When you visit Palermo, there is one trip out of town that is as close to a must see as anything, The Valley of the Temples in Agrigento. But this trip takes a little planning because Agrigento is about a 3-hour drive across Sicily.

The easy way is to use one of the on-line companies that organizes group tours. For about $100 they will put you on a large bus with 50 other people. It will be comfortable, easy and not at all personal. Or you can rent a car for the day. For about $35 you can rent a car. But add in the taxes, insurance (because your home insurance probably doesn’t cover foreign rentals, and gas, which is was $7/gallon in Sept. 2017, and this can cost significantly more. You will control your trip, but not have any guidance other than what you can find on-line.

We opted for something in between these two. We hired an individual guide to take us. This cost us $90 each for our group of 3. Our guide was well worth the price. Francesco (fmtransfer94@gmail.com) is a 20-something Palermitano, and he provided personal service and crafted our day to provide the things that we wanted to do and see.

The trip to Agrigento starts early, because, without traffic, it is a 2.5-hour drive across Sicily. More if you hit traffic leaving Palermo, as we did. One nice thing about having our own driver was that we were able to stop when we needed to, rather than having to meet the schedule of a tour company. After spending an hour in traffic, this was very important.

The drive across the center of Sicily was a look into the life of the island. We passed many working farms growing wheat, olives and grapes. While poor, none of the towns we saw seemed to suffer from the abject poverty that we sometimes see in the United States. 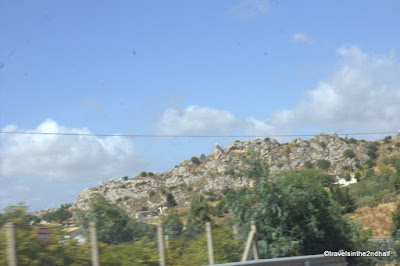 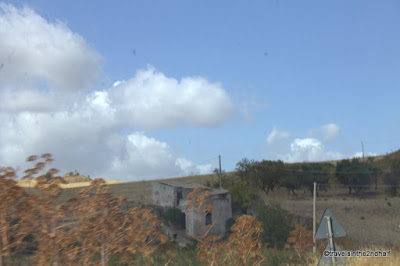 When we arrived at Agrigento, Francesco arranged for us to have lunch in the suburb of San Leone. This is a beach community south of the town. Francesco made reservations at a restaurant called Il Pescatore, which is across the street from the beach and a small amusement park. We were there on a cool and windy Monday, so we had the place to ourselves. In fact, the whole beach front seemed deserted. But the food was excellent, and we enjoyed our fresh seafood tremendously. Francesco had made an excellent recommendation. 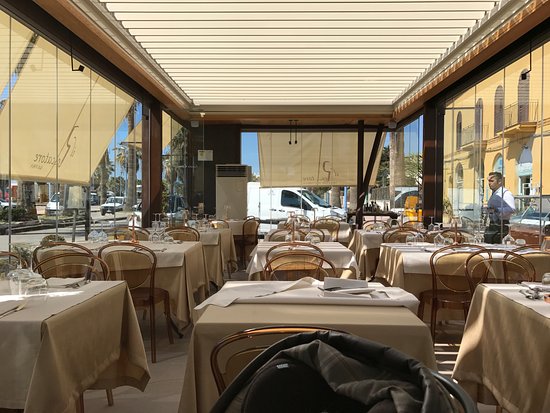 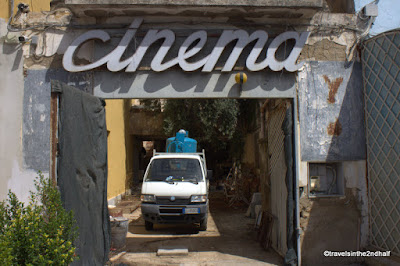 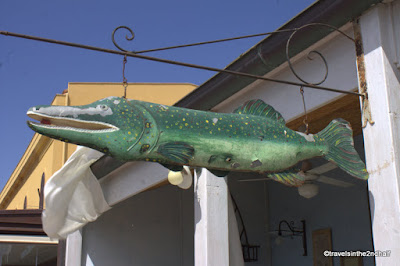 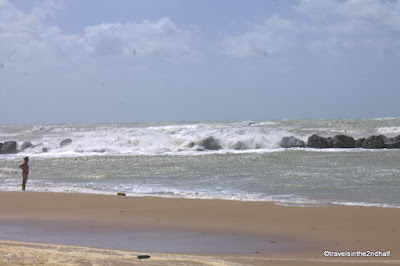 After lunch we went to the Valley of the Temples. Really a misnomer, the temples actually are on ridge just outside of the town of Agrigento. Here the remains of seven temples from the era of ancient Greece, sit overlooking to sea. They were placed here so that sailors entering the bay would see them and know that Greece was in power here.

We climbed the path from the entrance, listening to excellent audio guide, and arrived at the first temple – the Temple of Dioscuri (Castor and Pollux). This temple has been pretty much torn apart and its stones are strewn over a large field. In one corner there is a recreation of part of the temple, built in the early 1800’s.


The temples are situated along the top of a ridge, so it is easy to follow the main path from one to the next, and the next temple along is the Temple of Zeus. This temple has also been pretty much destroyed, but it known for the telamons that were part of the temple. Telamons are human figures that represent the gods holding up the universe. These large carvings were not just decorations, they were architectural support for the roof of the temple.

We crossed a footbridge over the main road from town and arrived at the Temple of Hercules. Here eight of the columns on one side of the temple are still standing. They make a wonderful backdrop for photos and selfies. 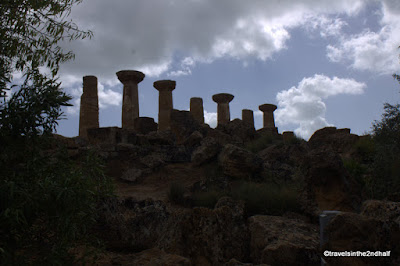 We continued up the path, past the museum at the House of Alexander Hardcastle, and we reached the jewel of this ancient collection, the Temple of Concordia. Don’t go to your mythology books looking for a god named Concordia, the temple was named after a plaque found nearby that spoke of building peace (concord) among the people of Agrigento. The plaque probably was made in the middle ages. This temple has survived in excellent shape. The reason is that it was consecrated as a church in the early Christian era, and it served this role until the late 1700’s. In 1810, archaeologist Domenico Pietrasanta received permission from the local religious authorities to restore it to the form it held as a temple, and so its columns and walls are mostly intact. 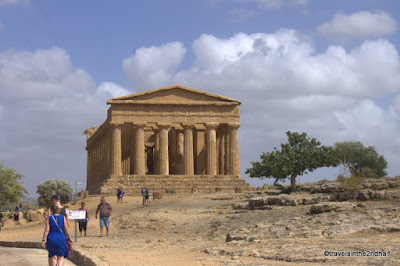 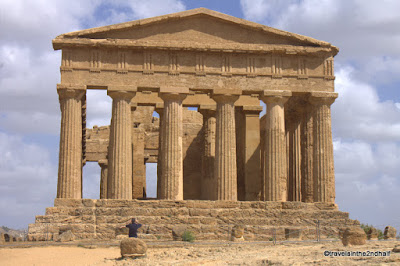 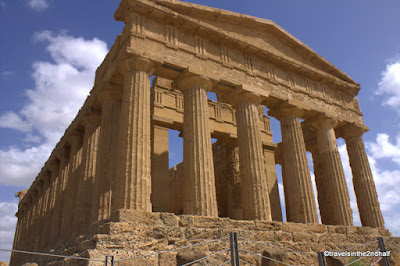 This is where my tour of the temples ended. It was already getting late, and we had a long drive home awaiting us. Francesco took great care of us on the trip home, and even though we found construction at almost every turn, we arrived in reasonable time. He even took the time for a much needed stop at an ATM.

We had a wonderful day. Having a private guide gave us a chance to see more of Sicily and talking to Francesco taught us more about the life of Sicilian people.

Getting There:
Agrigento is about 130 Km (80 miles) from Palermo, but traffic, construction and the general state of the highways make this a trip that takes over 2 hours. You can rent a car, take Italrail or take a tour. We highly recommend Francesco. His email is fmtransfer94@gmail.com. His phone - +39-391.721.4040 He is also available for airport transfers.
Posted by Jonathan L at 6:34 PM