When you visit Palermo, you have the chance to walk through history. With buildings that are up to 900 years old, the historic center of the Sicilian capital is a beautiful place to explore.

Palermo is an old city. It was founded by the Phoenicians in 734 BCE, but its importance and architectural history dates to around 900 AD, when Arabs took control of the city and made it the capital of the Emirate of Sicily. In 1072, the Norman Crusades captured Palermo, and it served as the capital of the Kingdom of Sicily until Italian Unification in 1861. 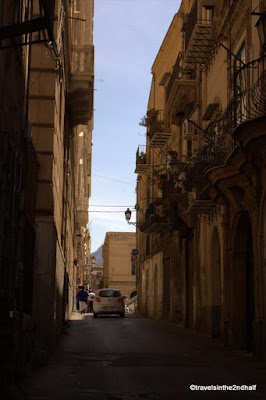 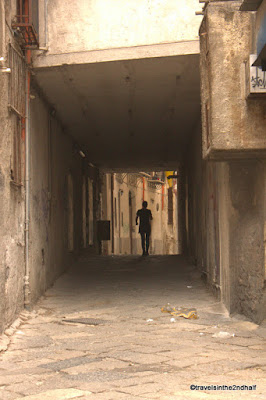 Palermo, and Sicily, have not done well since Italy became a unified country. Sicily is the poorest part of the country and while more popular areas have received funds for the development of tourism, Sicily has not been so fortunate. It is only recently that that the world has rediscovered the football on Italy’s toe. The result of this “neglect” is that, unlike cities like Florence, the historical center or Palermo is a part of the daily life of many residents of the city. Walking around Palermo is a walk through the lives of the people who live there.

The old section of Palermo is bound by the Stazione Centrale to the south and Piazza Verdi to the north. It is between Via Roma to the east and Via Papireto to the west. It is the center of tourism and home to three markets and several thousand Palermitanos.

There is a lot to see in the historic center, and it is worth taking the time to just wander. Small streets and alleys curve around each other. They open on to time piazzas. And the people who live here are always out taking care of their daily lives.

If you want something more organized you can take one of the many walking tours. I highly recommend the STREATY street food tour. They offer a wonderful 3.5-hour exploration of Palermo. Our guide, Marcos, met us at Piazza Verdi, in front of the Teatro Massimo. We were a group of 10, from the U.S., England and New Zealand. We began walking to the entrance of the Capo market, named because it is at the highest point of the old city. Marcos gave us a running history of the city and market throughout the tour. The market is divided into sections, each selling something different. We started in the food section. Here vendors display fresh fruit, seafood and meat. 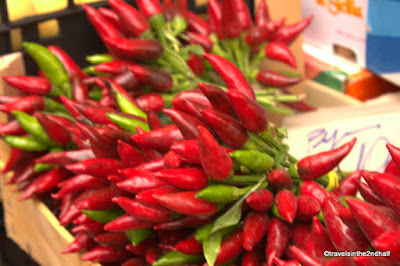 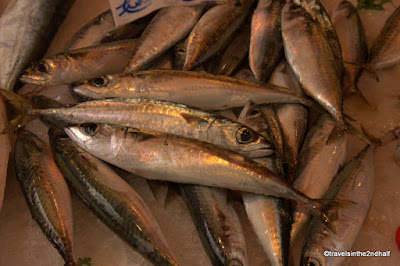 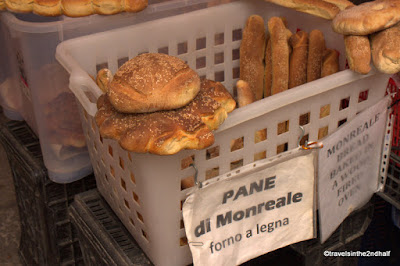 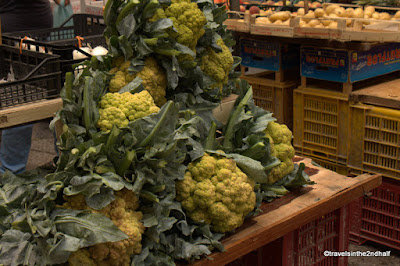 Our first stop was and introduction to three Sicilian staples – Pane panelle e crocchi and arancina. Pane panelle is a fried square of chickpea flour, and crocchi is a potato croquette. They are often served together stuffed in a roll. Arancina is a deep-fried rice ball, and the king of Palerman street food. It is usually stuffed with meat or spinach and cheese. You will see a lot of take out places with anacini in display cases, but the best ones are fried fresh to order.

Out tour continued through the market. We entered and area that specialized in selling fabric, but here we encountered the Italian version of the piragua man. 3 generations of family selling shaved ice with your choice of juice or flavored syrup poured over it. 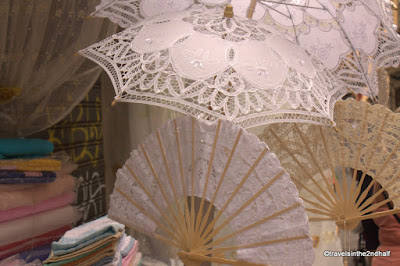 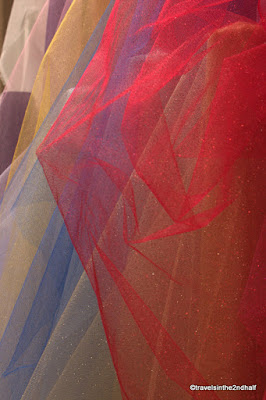 Leaving the Capo Market, we came to a stand selling sfincione – Sicilian pizza. If you are thinking of the squares of thick, dry pizza sold under that name in the U.S. think again. These are moist, tender loafs, covered with a light tomato sauce, oregano and pepper. No cheese. They are heated in a portable oven. Soft and delicious, the perfect street food. 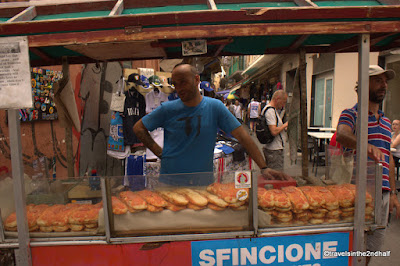 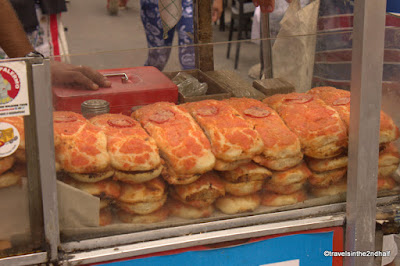 From here Marcos took us to the Mercato Vuccina for some special treats. First stop here was the Taverna Azzurra for some wine with olives and bread. This old bar was filled with locals (mostly men), who Marcos and the owners kind of pushed aside to make room for our group. We drank a local blend of wines called Sangre or blood, along with fresh olives and an excellent semolina bread. This lovely old bar is definitely a local hang out with good wine and great company. 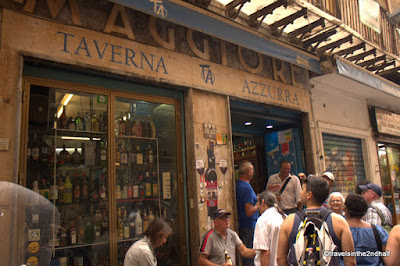 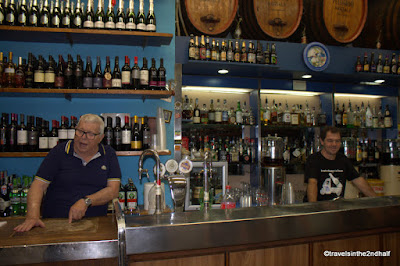 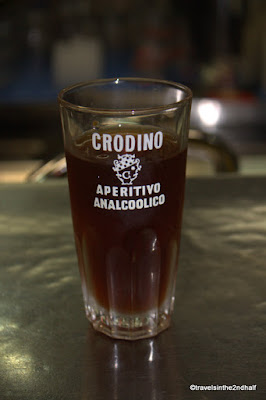 Next came the “highlight” of our tour – Pane ca’ meusa – the spleen sandwich. Actually, this sandwich is made mostly of veal lung that has been boiled and then fried in lard. It is served on a sesame roll. This was a tough one for me. I tried it, swallowed one bite, but that was all I could take. However, the Brits and New Zealanders loved it. 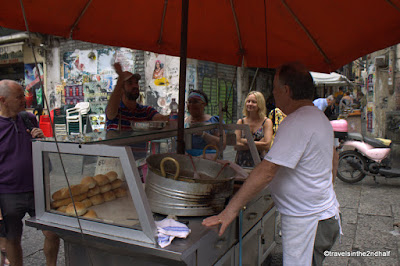 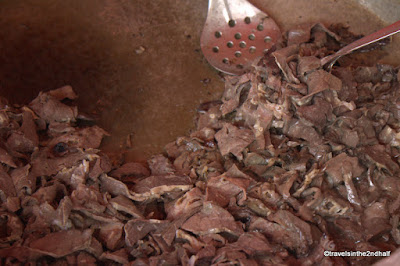 Our last stop of the tour was at the Gelateria Lucchese. Dating back to the 1920’s, this ice cream shop gave us the best way to get the taste of the spleen out of our mouths – Gelato on Brioche. That’s right! Ice cream served on a roll! What could be more indulgent? We chose our flavors and sat around a table, together one last time. We relaxed, sharing stories and a sweet snack, before going our own ways.

So, walk around the historic center of Palermo. Do so on your own, or take a tour. It is a great way to discover the city.
Posted by Jonathan L at 5:00 AM