The Olympic Peninsula is green. Some might say that it is “oppressively green.” This greenness is probably best exemplified by a trip to the Hoh Rainforest in the Olympic National Park. So, it was definitely a place to see as I drove south from Forks to Aberdeen Washington.


Hoh Rainforest is thirty-one miles south-east from Forks, about a 50 minute drive. It is one of the largest temperate rainforests, with an average rainfall of 127.8 inches per year. The dominant tree species are the Sitka Spruce and the Western Hemlock. They can grow up to 95 m (320 ft) tall and 7 m (22 ft) in diameter.

Perhaps the biggest draw in the Hoh Rainforest for the casual hiker like me, is the Hall of Mosses. Hiking this 0.8-mile trail (with a 100 ft gain of elevation) gives an excellent introduction to the interplay of the giant trees with the mosses and lichens that grow throughout the forest. Together, they create an otherworldly experience as you walk through.

Curtains hang off of some trees as if they are weeping willows. Knots of moss gather on branches. If they weren’t such a life affirming green, you might think they were cancers, but in fact, the mosses do not harm the trees. Instead there are marvels of nature to look at around every turn of the path. 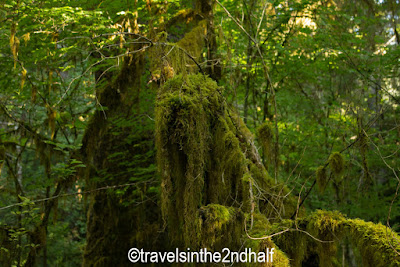 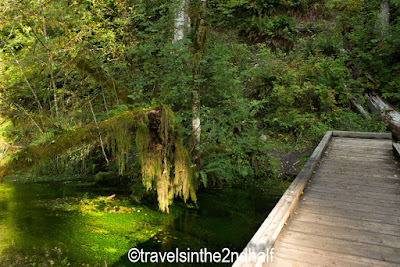 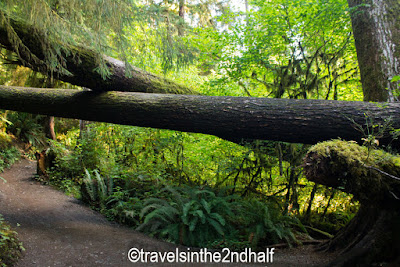 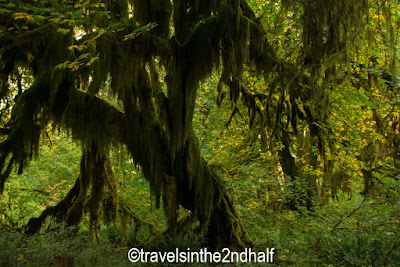 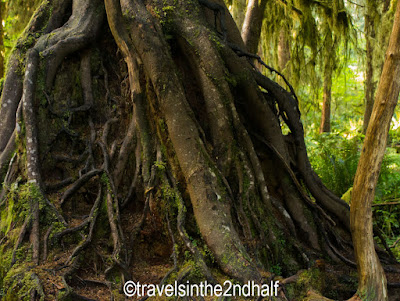 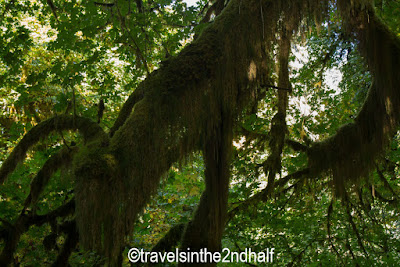 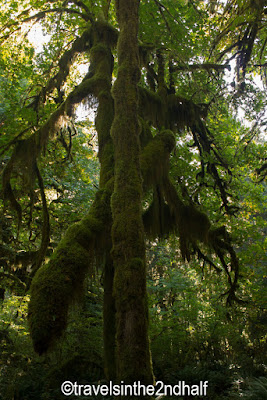 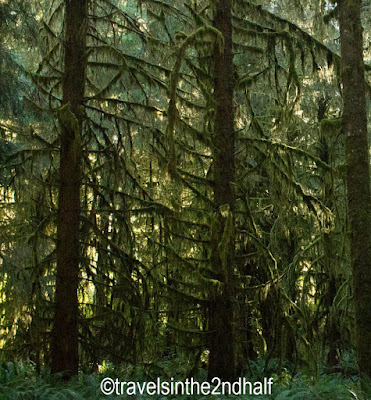 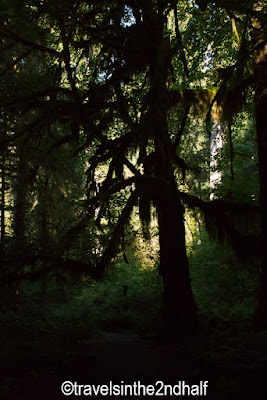 The Hall of Mosses is just one of the trails in the Hoh Rainforest. Make sure that you stop by the Visitor’s Center to get the latest information on trail conditions, camping and other important facts before you go into the forest.

Continuing south on US-101 towards Aberdeen, I made a pit-stop at Kalaloch Lodge. Part of the Olympic National Park, this shore-line section offers beach-front camping and lodging, a rainforest nature trail, and the Tree Root Cave, where the ground has eroded from underneath a tree, allowing people to walk under the roots. 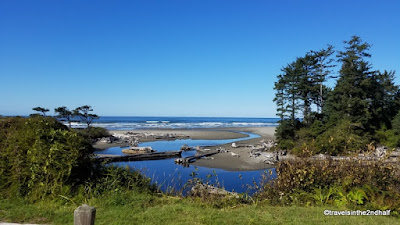 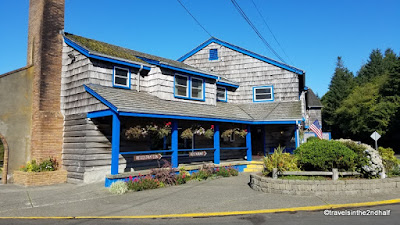 From Kalaloch, US-101 turns inland and I arrived at my planned lunch destination. This day I stopped at the Lake Quinault Lodge. The Lodge sits on a hill and the restaurant overlooks Lake Quinault. This two-story wooden structure was built in 1926and it has a large lobby complete with a stone fireplace. My trip coincided with an FDR impersonator there to commemorate a trip to the Olympic Peninsula taken by the former president in 1937, a trip that played a key role in the creation of the Olympic National Park nine months later. 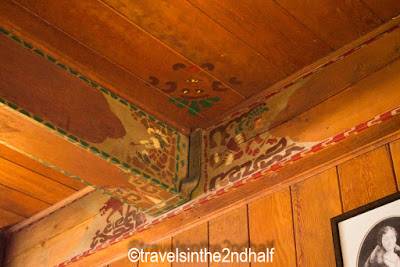 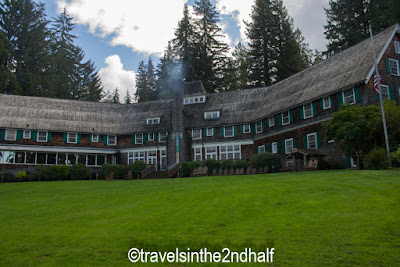 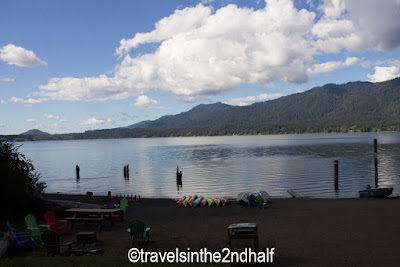 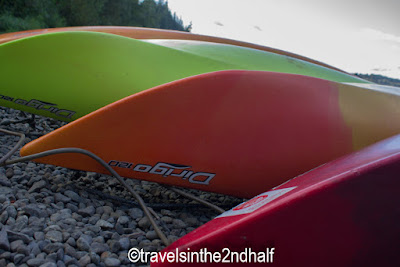 This trip, from Port Townsend, to Forks, to Aberdeen has taken me around the Olympic Peninsula and its National Park. It has given me an insight to a part of the country that is unlike anywhere I have visited. I have seen natural beauty unlike anywhere I have been and I look forward to returning one day, to spend more time in this unique environment. 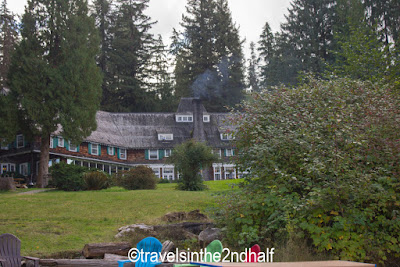 Getting There:
Hoh Rainforest – Take US-101 south from Forks for 13 miles. Turn left onto Upper Hoh Road. Continue for 19 miles to the Hoh Rainforest Visitor’s Center.

Lake Quinault Lodge – Take US-101 south. Just past Amanda Park, turn left onto WA-9 for 1 mile, then left onto S. Shore Rd which will take you to the lodge.
Posted by Jonathan L at 5:00 AM