The Real NYC #46 - The Museum at Eldrige Street 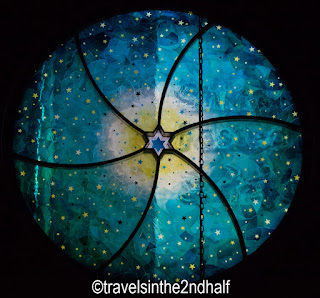 When I was a teacher at New York City Museum School, one quarter of the ninth-grade social studies year was taught as a comparative religions course. Students were taken to visit houses of worship for all major (and some not so major) religions. When it came time to Judaism, the place students visited was the Eldridge Street Museum.

Why here, out of all of the synagogues in New York? Well, Eldridge Street has a historical significance along with its religious history. The immigration of Jews from Eastern Europe began to expand in the 1880’s. In New York, the Lower East Side became the center of life for this growing population. In 1887 the Eldridge Street Synagogue, which grew out of the first Russian-Jewish temple, was formed. It flourished for over 50 years, but by the end of World War II, life in New York had changed. Jews, like many other immigrants, started to leave Manhattan for the outer boroughs and the suburbs. The Jewish community on the Lower East Side shrank, and by the late 1940’s the congregation became too small for the main sanctuary to be useful. They moved to a second area of worship in the basement and closed it off. Over the next 40 years, the congregation struggled, but never folded. Unfortunately, they did not have the money to maintain the building, and main temple fell into disrepair. 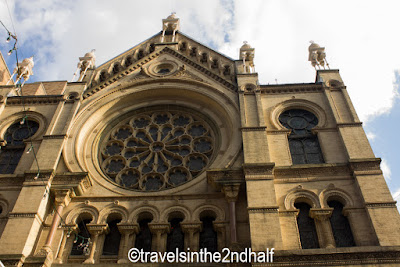 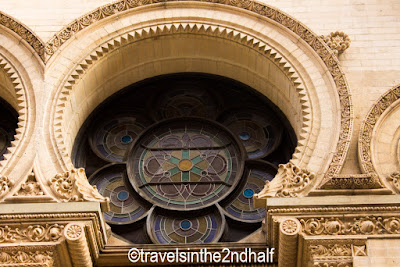 In 1986, the Eldridge Street Project was formed to raise money and awareness in order to begin restoration of the building. The Project eventually became the Eldridge Street Museum. In 1996 the building was designated a National Historic Landmark. In 2007 the restoration was complete. In 2010 a new stained glass window was installed over the altar. This was allowed because there were no records of the original window. The new window was designed by Kiki Smith and Deborah Gans. Its swirling field of stars represents the continuing life at the synagogue. 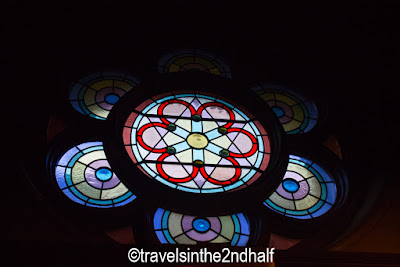 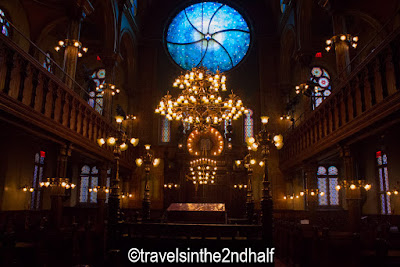 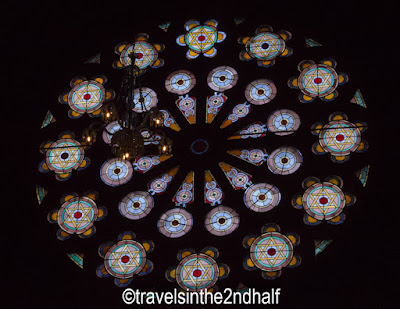 Today, the basement of Eldridge Street Synagogue houses the Museum. It has a ongoing exhibition on the history of Jewish immigration and life on the Lower East Side. It also is home to a smaller sanctuary, where most of the weekday services are held. Upstairs, the main sanctuary has been almost completely restored to the splendor it exhibited over one-hundred years ago. They offer tours of the building throughout the day, led by extremely knowledgeable and engaging docents. 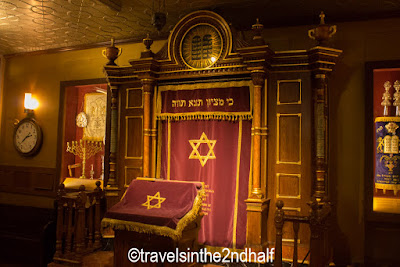 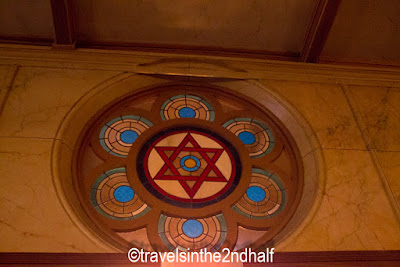 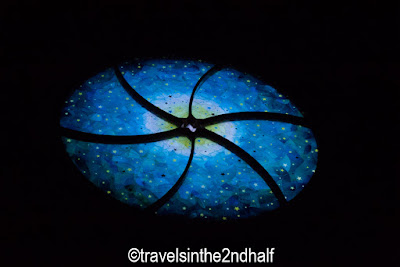 I have two other suggestions when you visit. First, the New York City Tenement Museum is five blocks away at the corner of Orchard and Delancy Streets. It is worth the walk to see more of life in New York City at the end of the 19th Century. Second, you are in the heart of Chinatown. Walk down the streets and look for a restaurant that is filled with locals. Take a seat and dig in for a great meal.

Take the B or D train to the Grand Street station. It is a 0.3 mile walk from there, east on Grand Street, then the second left onto Eldridge. It is two blocks south to the museum. I don’t suggest driving, as parking is either hard to find or very expensive.
Posted by Jonathan L at 7:12 PM