Astoria Oregon sits in a beautiful and historic part of the country. Nearby is the mouth of the Columbia River and the Pacific Ocean, where you will find beautiful beaches and where the Lewis and Clark expedition spent the winter of 1805-1806. 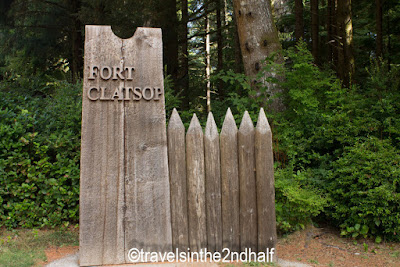 The Lewis and Clark Expedition, which had departed from Missouri in the late spring of 1804, arrived at the Pacific Ocean on November 7, 1805. They decided to set camp near the Netul River, about five miles east of the ocean. They chose this spot on the advice of the Clatsop Indians, who lived in the area. The woods provided some shelter from the weather, and the Netul River was a much calmer alternative to the Columbia River. The area had plenty of deer, elk and fish for them to live on.

The expedition stayed built an enclosure to live in that they named Fort Clatsop, in honor of the local tribe. The expedition stayed there until March 23, 1806. They used this time to recover from various illnesses, repair their canoes and restock food for the trip home. During their stay, the local people visited almost every day to trade goods and help them explore the area. 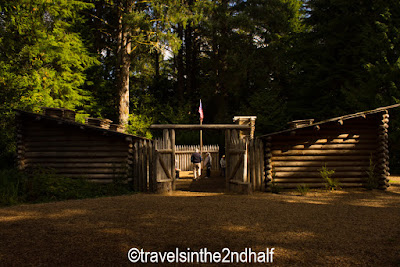 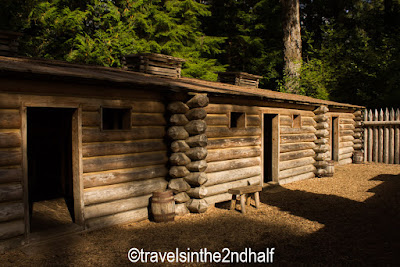 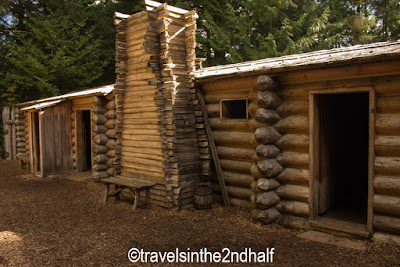 The original buildings have decayed in the wet conditions of the Pacific Northwest. In 1955, the state of Oregon recreated them fort and in 1958, the national monument was dedicated. A fire burned these buildings down in 2005, but they were again built and rededicated in December 2006. The Fort Clatsop National Memorial has a very informative visitor’s center. There are displays outlining the history of the Lewis and Clark Expedition and also of the local peoples. There are also two historical films. The one I saw was a very thoughtful film on Lewis and Clarks time here told through the eyes of the native people who were here. 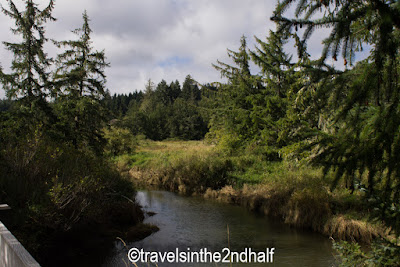 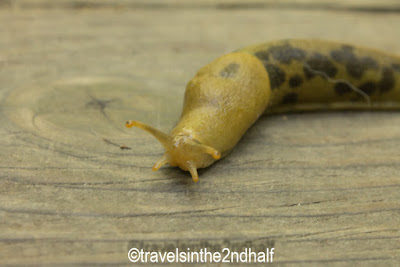 There are several hiking trails that start at the visitor’s center. You can take a 13-mile roundtrip hike on the Fort to Sea trail. This follows the trail from Fort Clatsop to Sunset Beach at the Pacific Ocean, where members of the expedition had set up a salt refining site. They needed the salt to prepare food for the trip back to the east. I chose a shorter hike, to the Canoe Landing. This is a highly developed trail from the visitor’s center to the Lewis and Clark River (originally the Netul). It is easy to see why the members of the expedition chose this sheltered area over the open shores of the Columbia River. 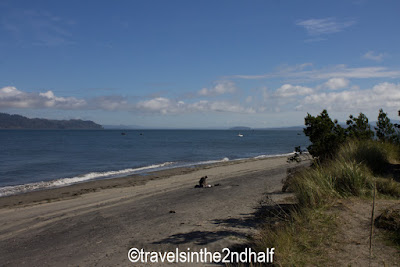 If you want to spend time at a Pacific Ocean Beach on your visit, there are many choices. One is the Fort Stevens State Park. This state-run recreation area sits at the extreme north-west corner of the state of Oregon, right at the mouth of the Columbia River. Fort Stevens served as a guard to the Columbia River from the Civil War until the end of World War II. Today it is a 4300-acre park that includes a fresh water swimming lake, beaches, a nine-mile bicycle path, nature viewing and both camping and cabin facilities for over-night stays.

If camping is not your style head further south to the towns of Seaside and Cannon Beach. Seaside is a resort town with 6500 year-round residents, and several large hotels and condominiums right along the beach. Its cement boardwalk offers beautiful views of the beach. There are many activities for visitors, including an aquarium and a convention center.
Further south is the town of Cannon Beach. This community is 1500 residents is named for a cannon from the sunken sloop, the US Shark. The cannon washed ashore in 1846. Cannon Beach has a different feel than Seaside. Its buildings are smaller, and the area closest to the beach is filled with shops selling everything from touristy tchotchkes to fine art. 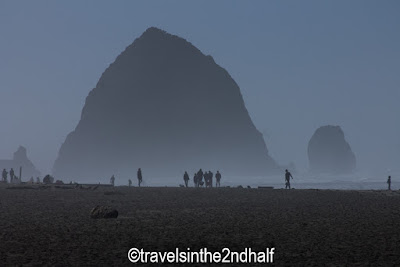 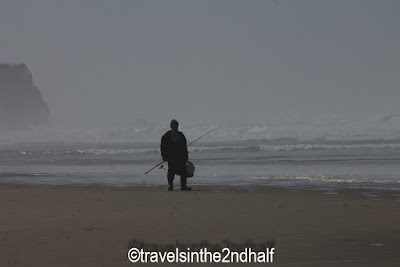 This is the last of my pieces from my recent trip to the Pacific Northwest. I hope that my blog has given my readers a reason to explore the area beyond Seattle and Portland when you visit.

Getting There from Astoria OR:
Fort Clatsop – Head west on Marine Drive. Follow signs for U.S. 101 south. Travel 3 miles, then turn left onto Buisiness-101. After 1.5 miles, turn right onto Fort Clatsop Road. The Fort Clatsop NM is 0.75 ahead on the left.